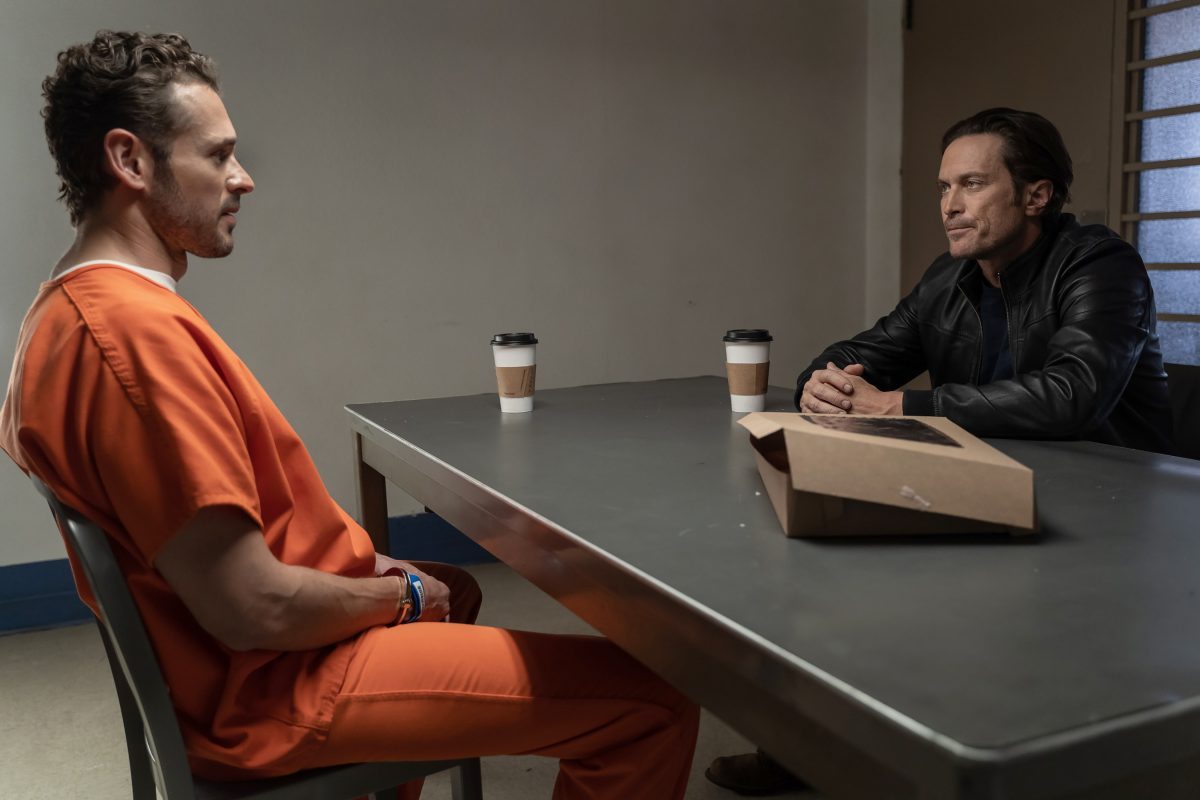 I have been waiting for this show to come back for so long. And I got the freaking premiere date wrong and didn’t realize it had come back until this past Friday! So, I was seriously lacking in that department, clearly. But the good news is this episode was worth the wait. Because it picked up right where we left off and only got more wild. So if there were any thoughts of this show slowing down after the explosive first season it had? Well, you can toss those thoughts into the mop bucket because I can already tell we are going to have a kick-ass second season! So keep reading for my The Cleaning Lady 2×01 review!

I would like to say I had some empathy for Marco because he clearly has some of his own demons he is facing. But not only did he take his son away from Thony just to hurt her, but he also put Luca in danger. I mean, why has Thony been so careful with Luca all this time if it was fine to just grab him and take off in public? And not just anywhere in public. A freaking airport! Honestly, I’ve pretty much been over Marco since I first found out he existed, And I’m not one to ever condone cheating. But dammit, Thony and Arman just have something and I’ve never wished for characters to be less married than the two of them are. As a singular character, I can appreciate Nadia. But when I look at her as Arman’s wife, I am not a fan. 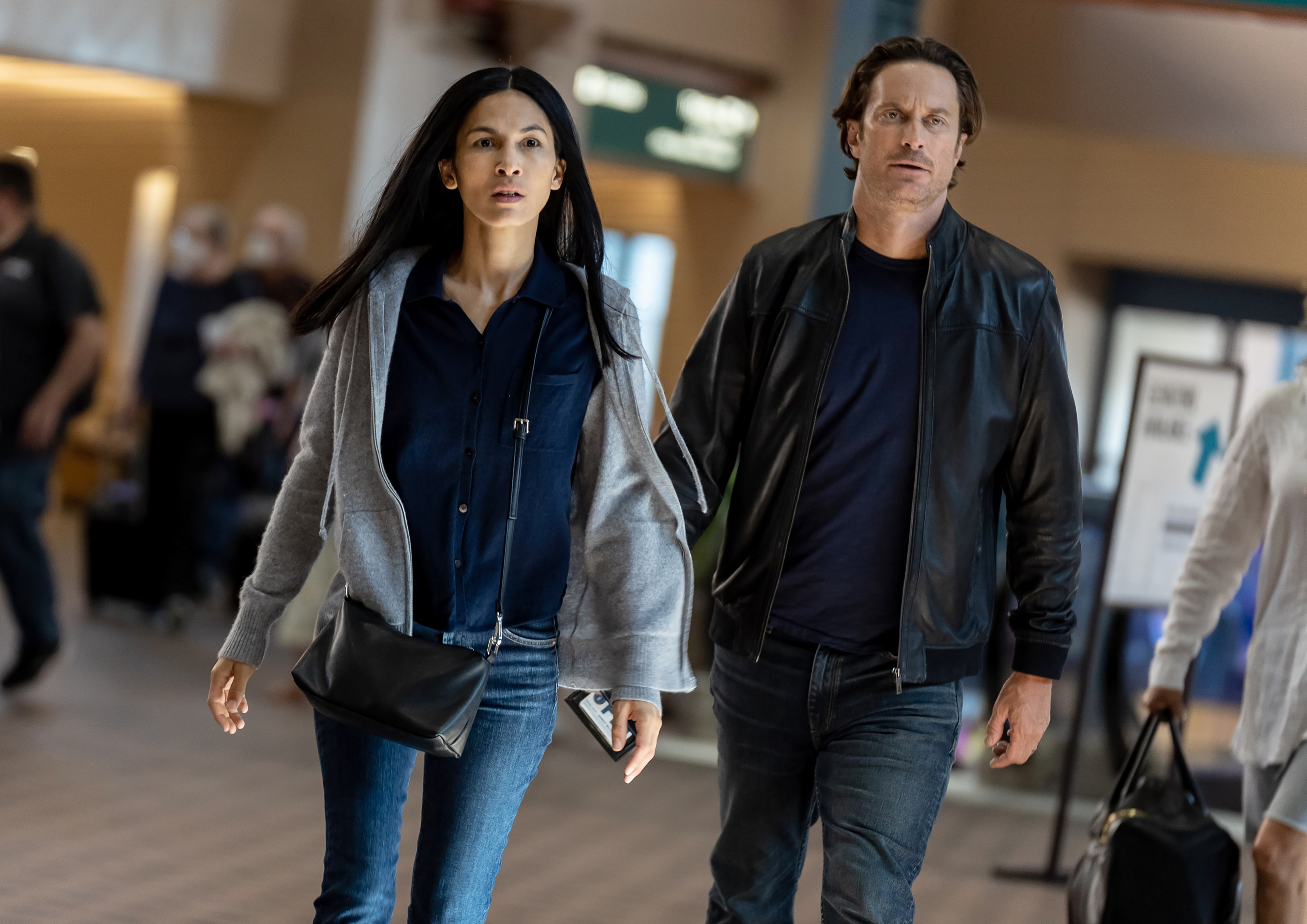 Though if we are looking at it objectively, Thony has earned Arman’s respect and his trust. Even if Nadia hasn’t seen that for herself. So I think her questioning of Thony’s motives was more from a jealous wife standpoint. But I do also understand where she is coming from because she doesn’t know her and can’t get ahold of her. It was just better for Arman to be the one to call her anyway. And the moment he realized something was wrong I was swooning with the change in his tone. He knew Thony couldn’t drop looking for Luca and trying to get him back. But he would also never ask her to. And if he could have been there helping her, he would have. Which is a huge part of him getting a little miffed that Garrett was there to give Thony a helping hand with it.

Do I feel bad that Marco is dead? No. I sure don’t. He was a shitbag of a character and I was sick and tired of him always causing Thony more trouble than she needed. Did she make some wrong decisions when it came to her marriage? Well, technically yes but personally I would also say no to that one. Also, guess what? Now that Marco is dead and gone, Thony is single. That sounds terrible, I know. But listen, I’m here for Thony and Arman and at the end of the day, Marco was an obstacle that was going to get in the way of that. And now he’s gone and there is one less problem on the Armony road to happiness.

That’s not to say that I want Nadia to be dead. Because I don’t. Like I said, individually I like her. She is a serious badass who can take care of herself and doesn’t take shit from anyone. Not even Arman. And there have been moments where it’s evident that Arman and Nadia do love each other. Perhaps they just aren’t in love. And in my defense, we haven’t been shown a lot of that. But we have constantly been shown Thony and Arman being there for one another and clearly falling for each other. So I’m totally cool with Nadia staying around. I’m just going to need her to leave Arman’s ass first. It seems like they spend most of their time apart anyway, each doing their own thing. So they can keep doing that. Just as single people.

More Danger Than Ever

I have no doubts that Arman is going to be fine. His injuries looked bad but he’s tough. He’s not going to go down that easily. And what show would we have without him? So I’m not worried there. But I am worried about what danger is going to come his way now that Hayak has labeled him as the rat in the organization. Because he isn’t just going to let it go. And his reach clearly extends far past the inside of the prison. I’m assuming Arman is going to be released even if Thony and Fiona weren’t able to get all of the money they needed. But I’m also sure that Hayak isn’t just going to let it go and they are all going to be in danger. Plus, I’m pretty sure Arman and Nadia are going to be out of jobs. This means Thony is also going to be out of a job. So just what the hell are they all going to do now? 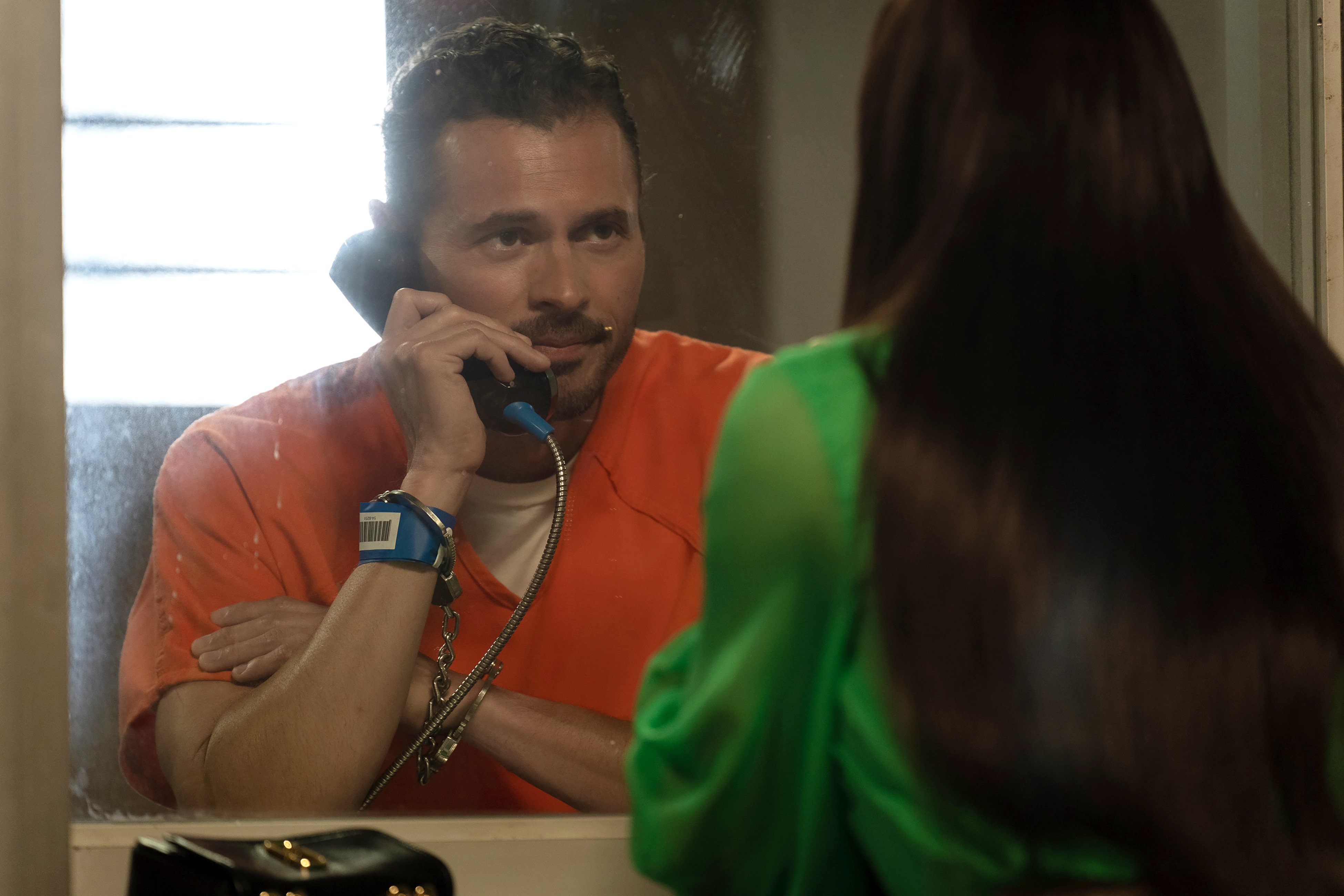 What did you think of The Cleaning Lady 2×01? Did you think they kicked off the season in an intriguing way? Are we going to have just as much action this season as we did the first? What’s going to happen with Arman and Hayak now that he has outed Arman for making a deal with the FBI? If he and Nadia really have lost their place in the business, will Nadia stay with Arman if there is no money coming in? Because she seemed ready to leave him once before when he was putting their lavish lifestyle in danger. Find and follow me on Twitter @Sarah_Jeanne17 to discuss all things The Cleaning Lady 2×01! You can find the site on Twitter @capeandcastle! And be sure to check out our site for more content on all things Disney and beyond!