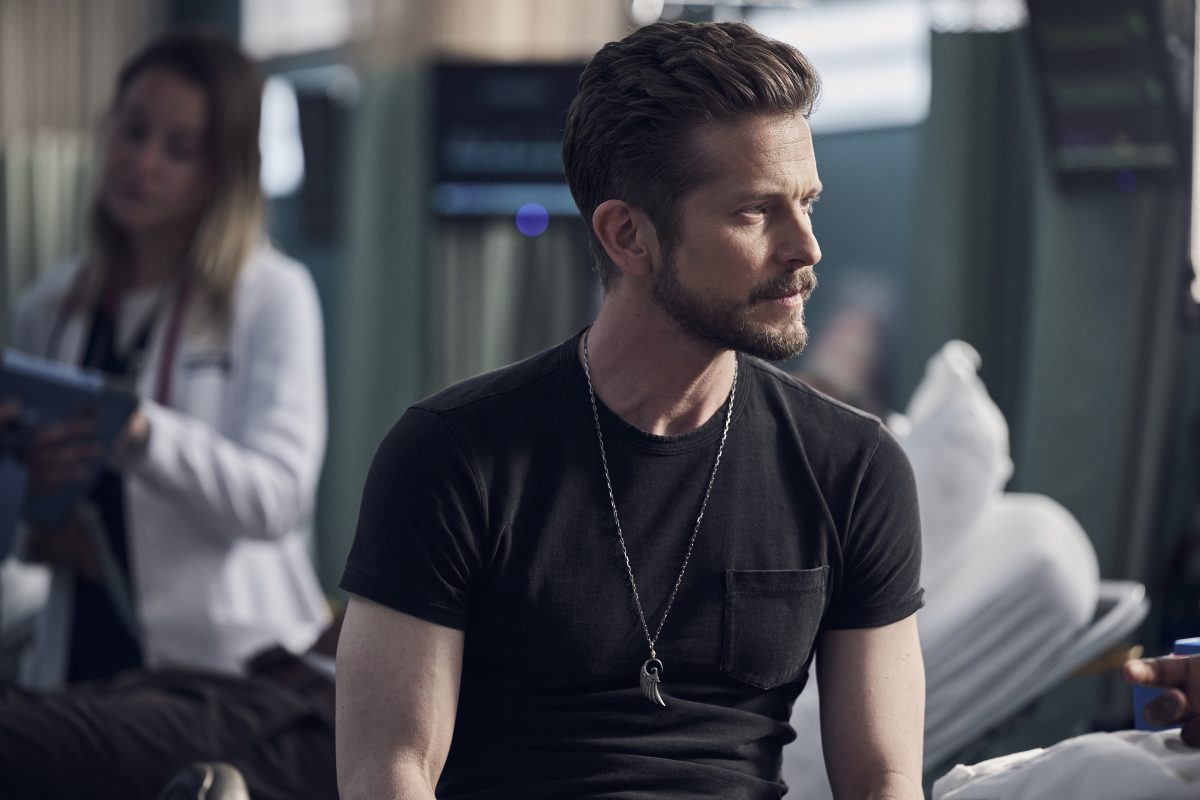 The Resident has made its comeback! And it feels like forever since we’ve seen our favorite characters. But they certainly didn’t take this season premiere slowly. They were coming in hot with the action, as usual. Things with Padma’s twins weren’t smooth sailing and Cade was bugging me even more than usual. But maybe that’s just because I’m so Team Billie. Sorry, but those two just belong together and I feel like Cade just tries to get in the way. Anyway, there was a lot of other stuff going down as well! So keep reading for The Resident 6×01 review!

Gigi’s bad dreams had me as concerned as Conrad. They seemed more like night terrors and I know those can be absolutely terrifying. Kids tend to remember everything in the dream and they are extremely real feeling. So I don’t blame Conrad one bit for being so concerned about them. Especially if Gigi is having them frequently. Honestly, I was hoping for a little more focus on the whole situation. Especially because Conrad and Billie spoke about it as though it was an ongoing situation and they were both so concerned. It didn’t seem like a casual conversation but something that was gearing up to be important somewhere down the line. Or maybe I’m just expecting too much too soon and it will be something they touch on more as the season goes on.

There was another mystery happening with a previous patient of Conrad’s. I didn’t find it strange at all that a chef would have a lot of injuries. Especially if they work at a busy restaurant. But I was glad Conrad and Irving didn’t let her leave the hospital because they knew something more was going on. Also, how the hell are Irving and Jessica still not considered series regulars?! They are part of the main cast in my book! Also, on a random note, I don’t trust Eli. I dislike him as much as I find myself disliking Cade. Is that mean? Yes, it is. Do I care? No, no I do not. I love having fictional characters to hate. Sorry, not sorry.  Also, I was clearly right with him popping pills before a major surgery! I mean, come on! As if the twins’ chances weren’t terrible already.

Padma was breaking my heart with what was going on with the twins. And AJ looked so concerned, it had me tearing up. Sure, Padma can drive me a little crazy at times. But I don’t think she’s a bad character. And I think that she and AJ are figuring things out as they go. As far as being parents, I think they are going to make great ones. I was holding onto hope for the twins throughout the entire episode and it had me holding my breath at times. Something I love and hate at once. It makes for an amazing show but it wreaks havoc on my nerves! The good news is that Padma couldn’t have had a better team on her side. There wasn’t anyone else who would work harder to protect those babies than those she had around her.

Unfortunately, the odds were not in the babies’ favor and I hated watching AJ struggle with the information. And with the decision. The whole thing put me even more on edge because it really seemed like a damned if you do, damned if you don’t situation. It felt like the options were you either lose both of the babies or sacrifice one to save the other. And no parent wants to be put in the position to have to make a choice like that. Though I held out hope that everything was going to be okay and that both babies were going to be saved. Because AJ has lost so much recently and deserves to be freaking happy. Stop taking things away from him, dammit! Luckily, the show wasn’t determined to piss me off too much with the first episode because Padma and the twins are ok.

I swore I wasn’t going to spend the episode wondering who Conrad chose. The last thing I want is to get invested in a love triangle. They suck and I hate them. And it’s my absolute least favorite trope that pisses me off. But I found myself going insane with the suspense of who Conrad chose. Every time I convinced myself he chose Billie, I was second-guessing and thinking he chose Cade. And I’m sorry, but I just can’t with her. She has such a flat tone and seems so emotionless all the time. Plus, it really pissed me off that her first assumption was drugs with their patient. Especially with her dad popping pills without her knowing. Then she continued on that train not wanting Conrad to call Billie. But it looks like she’s who Conrad chose. So let’s hope the writers were being honest about him not ending up with his choice.

What did you think of The Resident 6×01? Do you have any predictions about what is going to happen this season? What would you like to see happen? Are there any issues you want to see our characters faced with? What do you think about all of the relationship dynamics? And how do you think they are going to change this season? And how about Conrad’s choice? Did you agree with it? What did you think about the pills Eli was taking before the surgery? Find and follow me on Twitter @Sarah_Jeanne17 and follow the site on Twitter @capeandcastle! We are always game to talk about our favorite shows! Especially when it comes to The Resident! Be sure to check out our site for more content on all things Disney and beyond!