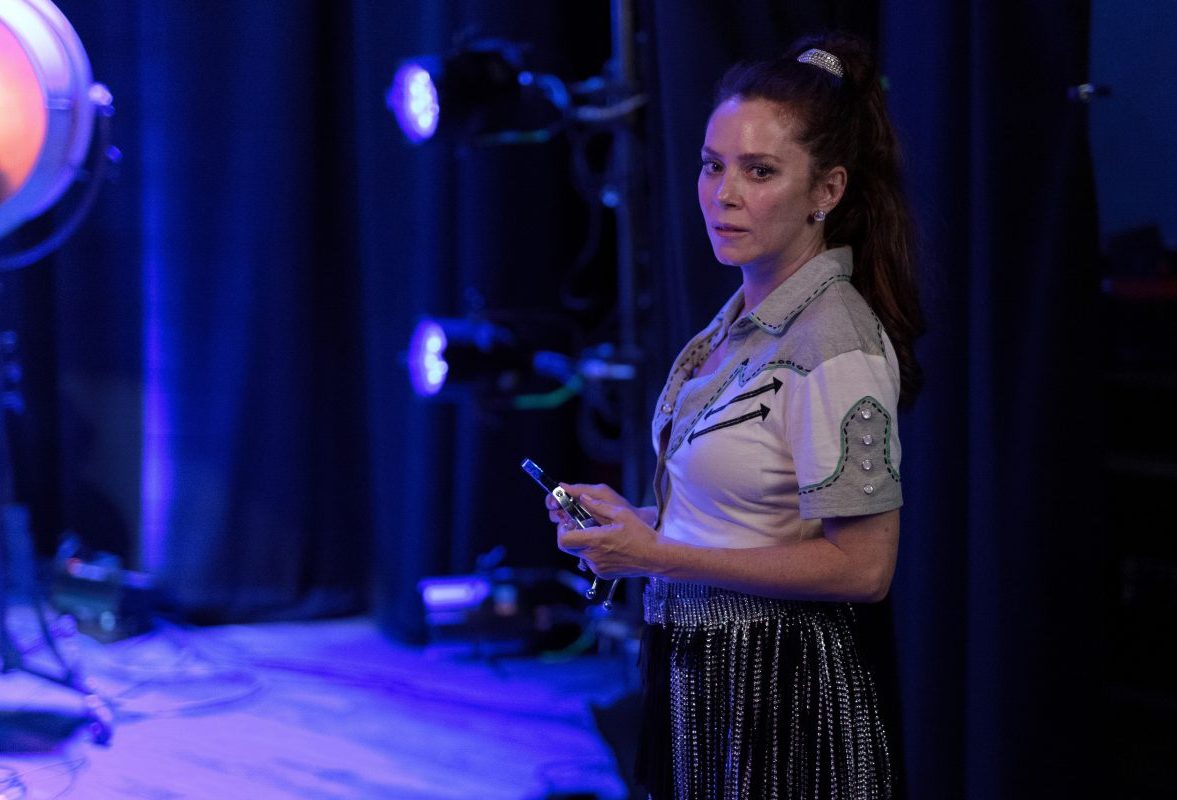 I thought that the series premiere of this episode was a wild ride. But this episode proved that this entire season is going to be a wild ride. Luke isn’t buying that his mother died naturally. Which he isn’t wrong about. But he’s looking in all the wrong places. Meanwhile, Nicky and Gigi are facing off over Gigi knowing what Nicky did. And that’s a secret that isn’t going to keep, I know that much. Especially not with the two of them facing off for the next queen of country. Even if they both insist that isn’t what’s happening and that it isn’t going to happen. So keep reading for my Monarch 1×02 review!

I will admit that Nicky is pretty desperate to replace her mama as the queen of country. But I really don’t want to believe that’s part of why she agreed to assisted suicide of her mother. Dottie put her in a tough position and Nicky tried to tell her that. She begged her not to ask her that. And she truly seems devastated over what she helped her mother do. But she does also seem eager to become the next queen and wear that crown. Which did concern me just a little bit. Either way, things aren’t going to end well because Gigi and Nicky are not going to be able to continue getting along. This means that Gigi is probably going to let out Nicky’s secret about her involvement in Dottie’s death sooner rather than later. She already almost let Luke in on what really went down. 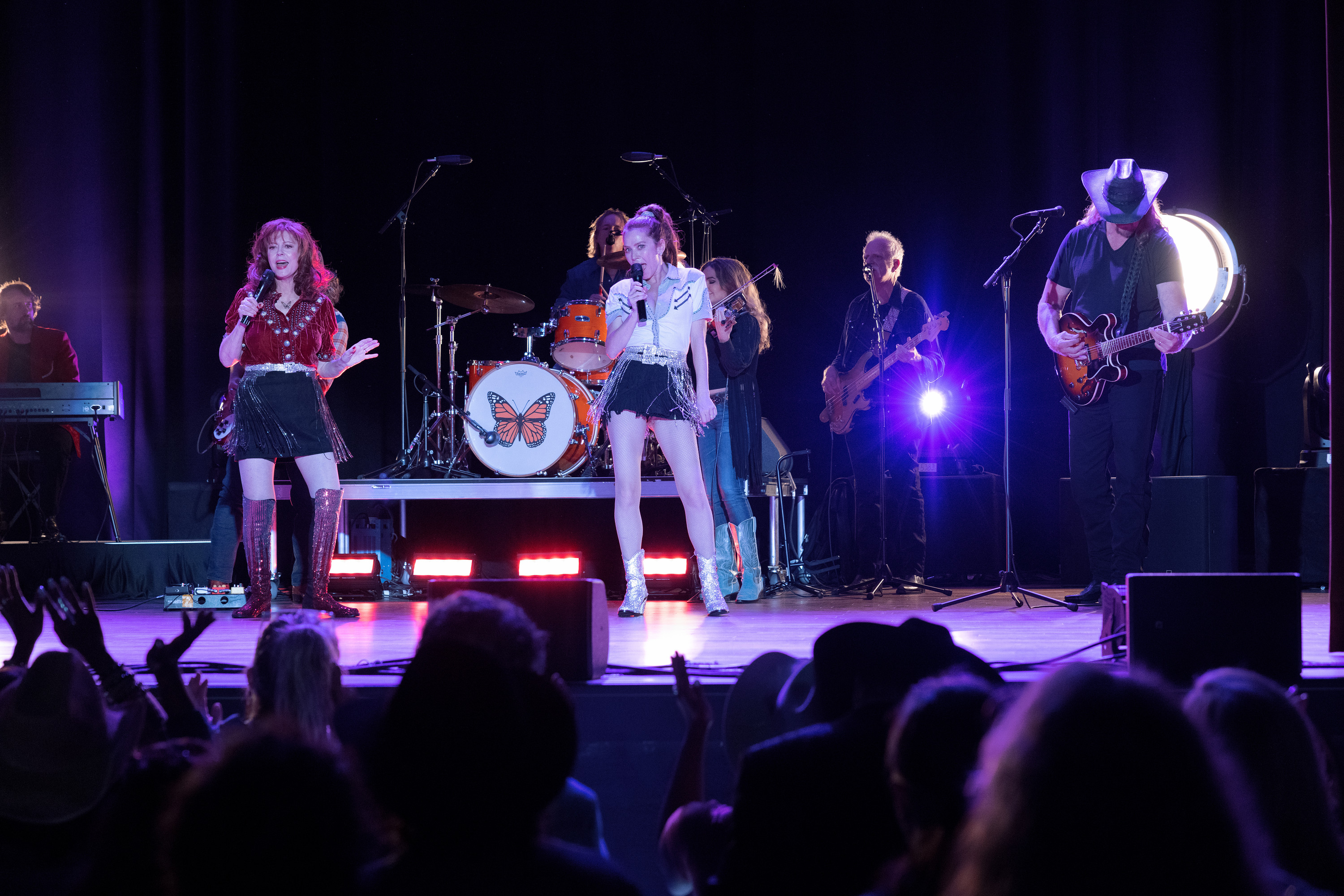 Why does only one get to wear the crown? Honestly. Because I absolutely love seeing and listening to Gigi and Nicky performing together. I get literal chills when they harmonize and give one another that sisterly smile. So why can’t they both wear the crown and share the title as the queens of country? Their aunt was so quick to tell Gigi that only one of them can be their mama and the other one will be cast aside as she felt she was. But that doesn’t have to be the case. They are both extremely talented and I think it would be great to see them go on to be successful both individually and together. And I don’t see why that can’t be possible. They can go do their own thing and have fans and then come together and just blow the roof off whatever venue they are playing at!

In the first episode, it seemed that Luke had a really special relationship with Dottie. And with the way he acted and the letter that Dottie left him, I have a feeling they were even closer than I first thought. Something that was clear with the way Luke was taking his mother’s death. He also jumped to wanting to investigate her death and seemed to know that something wasn’t right about it. While he said that he changed his mind and they didn’t need to investigate Dottie’s death, I’m not sure if that’s going to remain the case. He clearly isn’t dumb and seems pretty intuitive. While he wasn’t right about his father being the one to shorten his mother’s life, he also wasn’t too far off base with his assumptions. He’s going to discover the truth soon I think. Especially since he found out Nicky wrote the letters!

I’m still pretty mad after finding out about Luke and Kayla. There is clearly more than enough hurt in this family and Gigi doesn’t need anymore. It’s bad enough to cheat on someone at all. But to cheat on someone with their freaking sibling?! How low can you go? I’m sorry but I’m not sure if there is anything that could make that better. And it’s yet another secret that isn’t going to stay a secret for long. When I first saw Luke and Kayla I thought they had chemistry and wanted to know their story. What I got was certainly not what I expected. And it definitely left me with a soured impression of both of them. Because the only thing worse than cheating on someone with their sibling is a sibling sleeping with your spouse! How do you do that to your own sister?! Come on, Luke.

I knew there were going to be major guest stars in this series. So many of the advertisements and promos for it showed that. But it is still surprising me with the amazing and big names popping up. This episode gave us Shania Twain and I was living for it! I love her and I love that we got to see her in the second episode. But I’m also so eager for who’s going to pop up next. And I’m curious to see if we get any that come for more than just one appearance. It would be cool to see them a few times. Though I was hoping that Shania was going to appear on that stage with Dottie to sing together. “Man! I Feel Like A Woman” always gets me pumped up and I would have loved to see Shania Twain and Susan Sarandon sing that together. 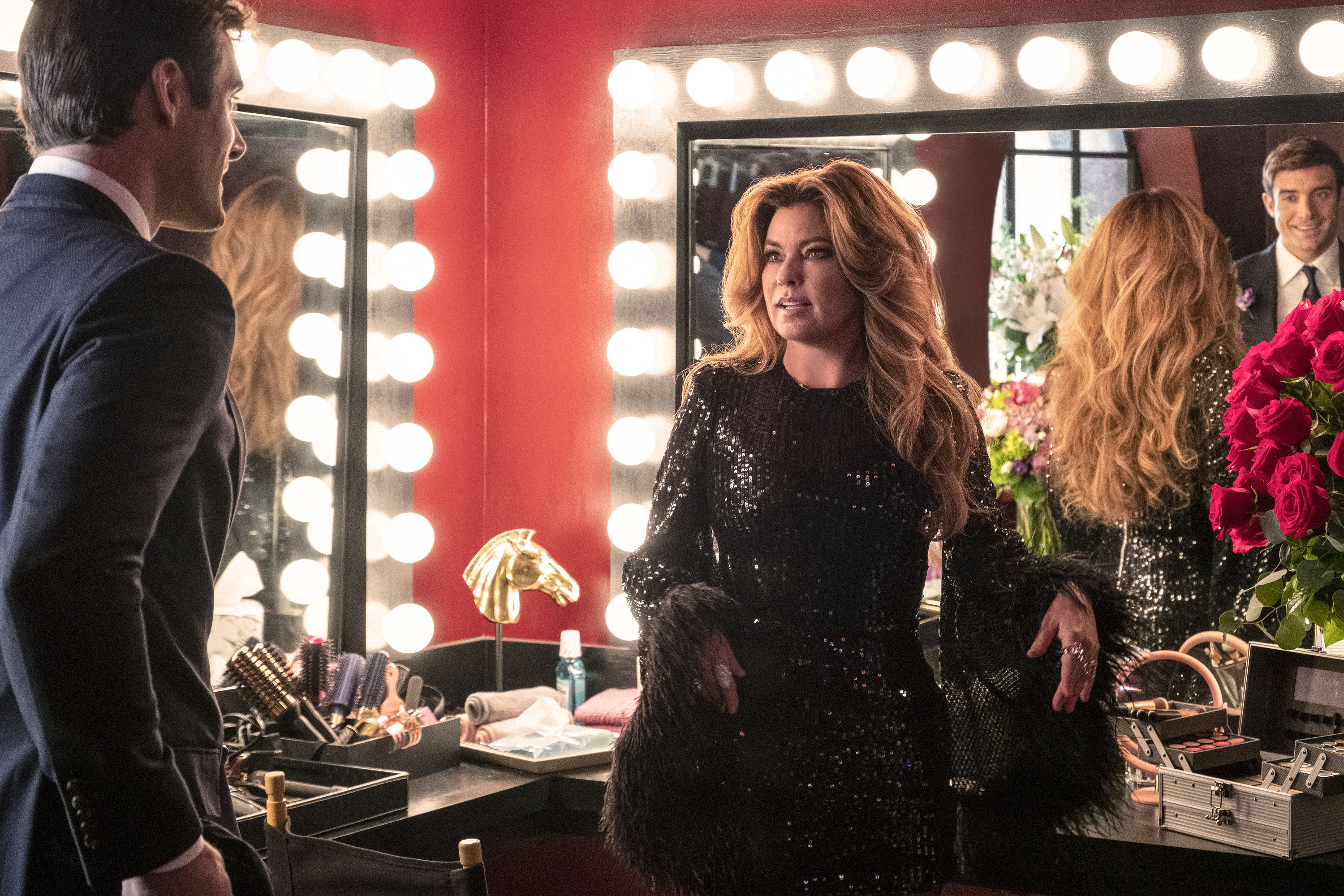 What did you think of Monarch 1×02? Are you still finding this show as captivating as I am? Did you think this episode was as good as the first? What kinds of things do you see unraveling for the first season of this show? Will Gigi keep Nicky’s secret? Or will she spill the beans? Is Luke going to figure things out for himself? If he does what does that mean for Nicky and the rest of the family? Will everything fall apart? Do you have a favorite character yet? If you do, let us know who it is and why they’re your fave! You can find me on Twitter @Sarah_Jeanne17 and you can find the site on Twitter @capeandcastle! Be sure to also check out the site for more content on all things Disney and beyond!