Last week on MFS (review here), the unit faced a witch trial, but President Wade’s return was perfectly timed and allowed them to be pardoned from the relentless hunt. All’s well did end well, however. While a joyous wedding was held, it was followed by Fort Salem being shut down due to an invasion by The Camarilla. This week, the series finale gripped the fandom tight and shook them hard. The unit refused to let The Camarilla take their home. Raelle’s witch bomb was on the verge of being taken. Loved ones were lost. A new world awakened.

As The Camarilla closed in on Fort Salem and locked it down, the unit made haste to return and defend it. So much worry surrounded Raelle (Taylor Hickson) after her out-of-body experience from The Mother’s poisoning by Hearst (Bob Frazer). The moment Tally’s (Jessica Sutton) sight warned her of, the end of everything, was nearing. 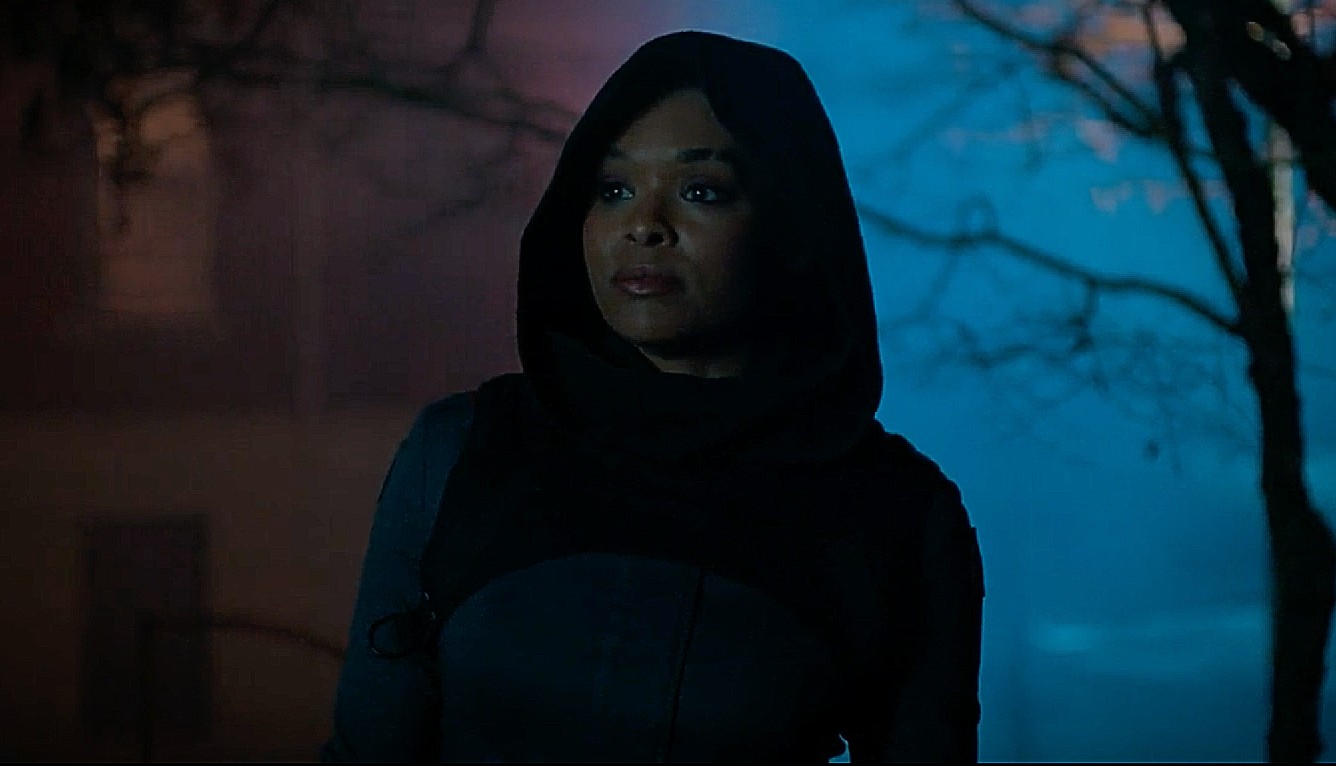 Before parting with Petra (Catherine Lough Haggquist) and Anacostia (Demetria McKinney) who were going to meet up with the forces still in the Cession, Anacostia had parting words for her unit. From the very beginning, everybody knew that this unit was special. That their powers, so unique and powerful, were something all of Fort Salem knew would be great and lead to a new era. She felt honored to have trained them and fight alongside them. The speech was in true Anacostia fashioned and definitely had me a little weepy. 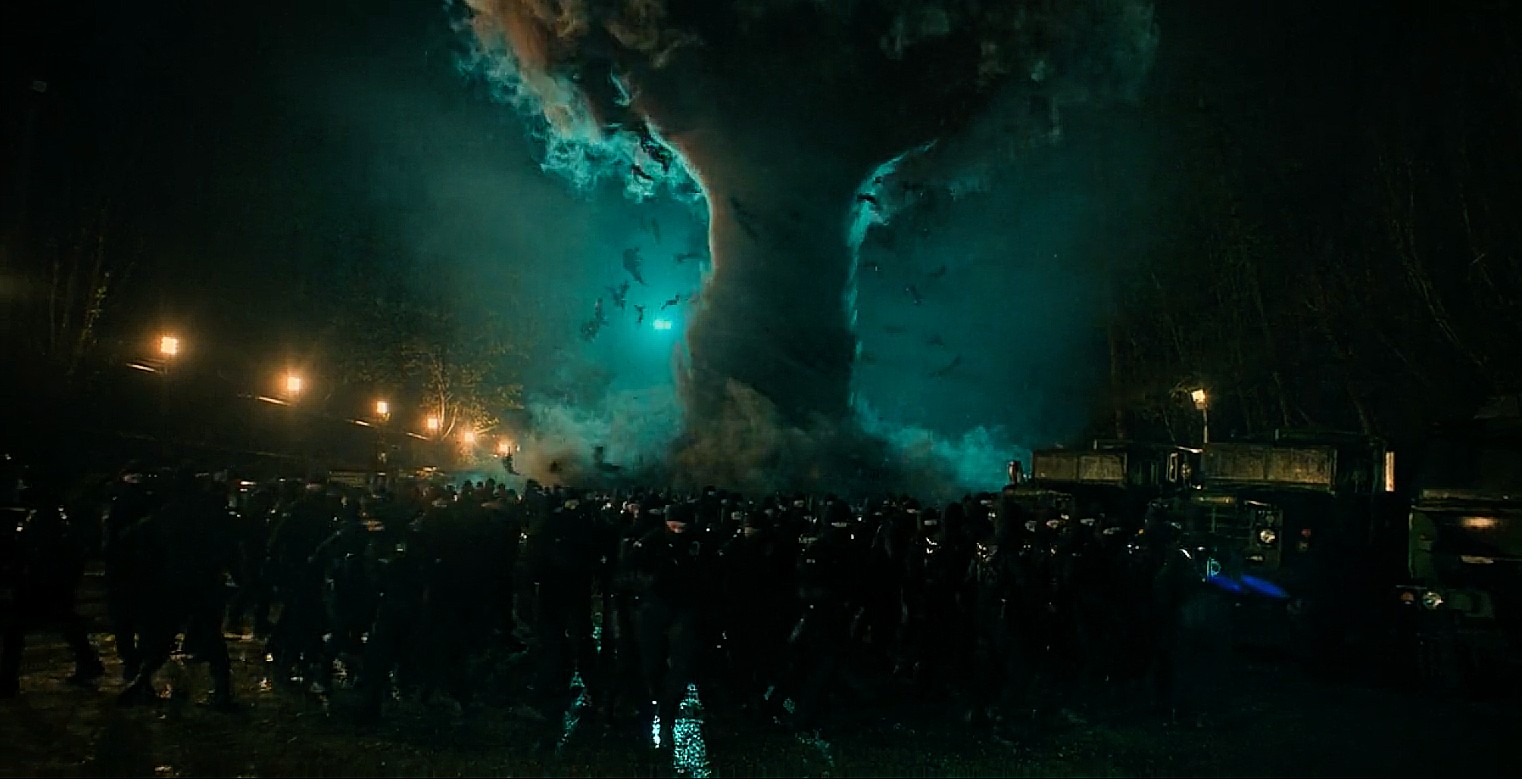 The action and emotions heated up when Gregorio (Praneet Akilla) caught up with Petra, Anacostia, and Sterling (Luc Rodrique) to help break apart a camarilla march. While they’d succeeded at first by creating a massive tornado to rip through the camarilla ranks, their voices were suddenly cut off. In the confusion, a car caught in their tornado flew at them. In a split-second decision, Anacostia wasted no time pushing the others out of the way. Sadly, she was struck by the car and taken so quickly. 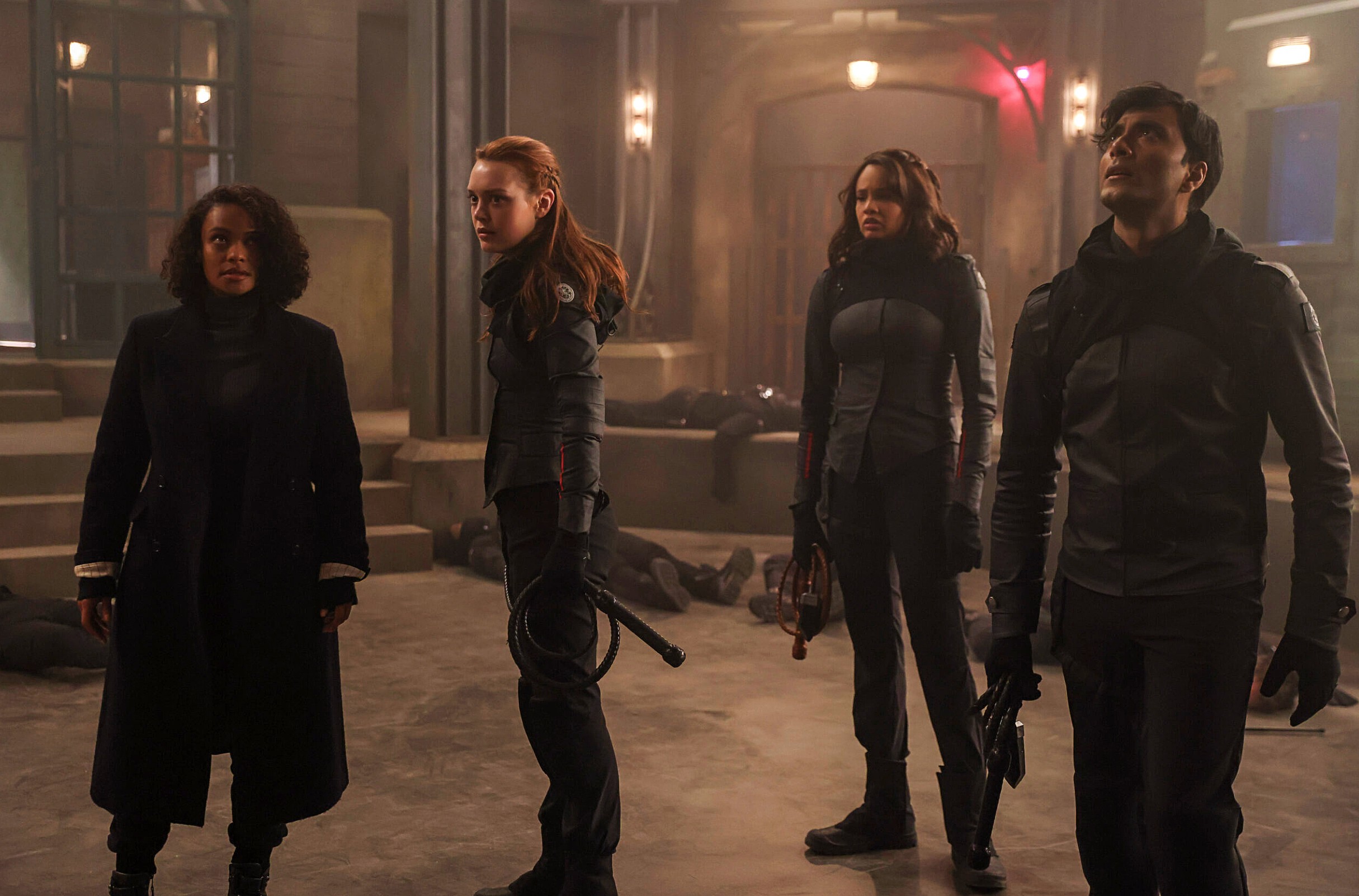 The unit was quickly closed in on by The Camarilla. By the time they reached the Necro lab where a door to The Mother is, Hearst was waiting for them. Their voices are silenced much as Petra’s and others’ had been. In a fit of accidental panic, Raelle accidentally poisoned both Adil (Tony Giroux) and Scylla (Amalia Holm), and the fight is beginning to feel hopeless.

That changed when Raelle was able to open up the door to The Mother. While the unit went through, Nicte (Kandyse McClure) and Gregorio stayed behind to deal with The Camarilla. I couldn’t have been more proud of Nicte than right then. Sure, President Wade had sent her, but she still showed up and she was glad to have. Her character development has been incredibly subtle but hasn’t gone unnoticed. She has amazing potential to teach other witches and fully recover from this decades-old vengeance she had felt.

Even though they’d made it through the door, Raelle, Scylla, and Adil were still suffering and getting worse. Tally called out to Alder (Lyne Renee) for help. This was such an emotional scene that I struggled to keep it together. After Anacostia, I was prepared to scream if Scylla and Adil followed behind her. There are always heavy and unbearable losses in battle, but after having gone through so much, I’m not sure how much more I could take. 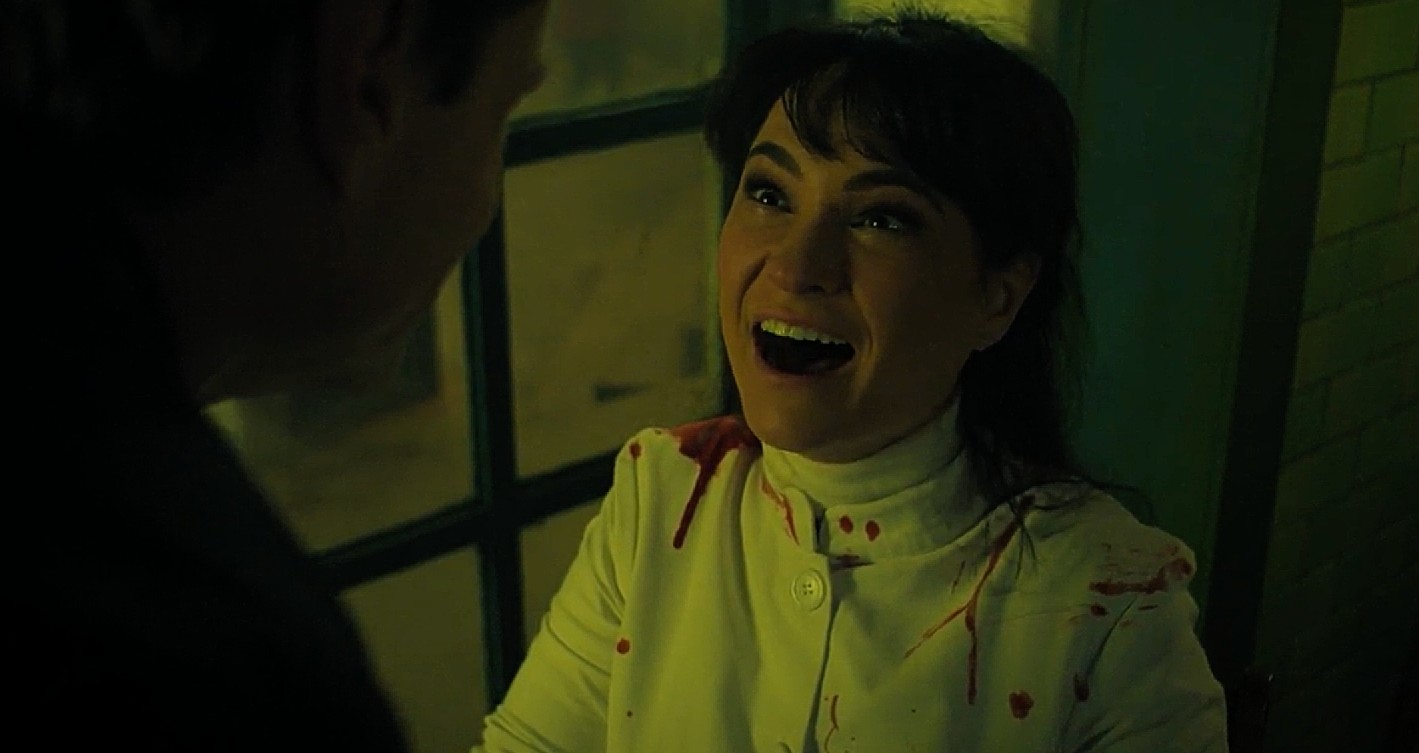 Some Catching Up to Do

I was beyond stunned to discover that Izadora (Emilie Leclerc) didn’t die like I had thought last week. And while she’d jumped on the crazy train for a little while, I can’t blame her.

Hearst was taking too much pleasure in his invasion. By believing he’d already won, he underestimated Izadora and Sterling. So did Blanton (Victor Webster). Sterling and Izadora were ready to serve up vengeance.

After managing to save Penelope (Mellany Barros) from camarilla clutches, Sterling was able to track Blanton and Hearst to Petra’s office where they were attempting one last media coup. It was surprising to see them doing a live feed, believing they could tell people it had been fake news. Like, seriously?

Hearst was served bitter coffee in the form of Penelope and her deadly poison state and it was glorious. The perfect opportunity presented itself and she’d been able to sneak in and destroy Heart from the inside out. It was a nasty end he certainly earned after all of the torture and genocide he’d brought forth. 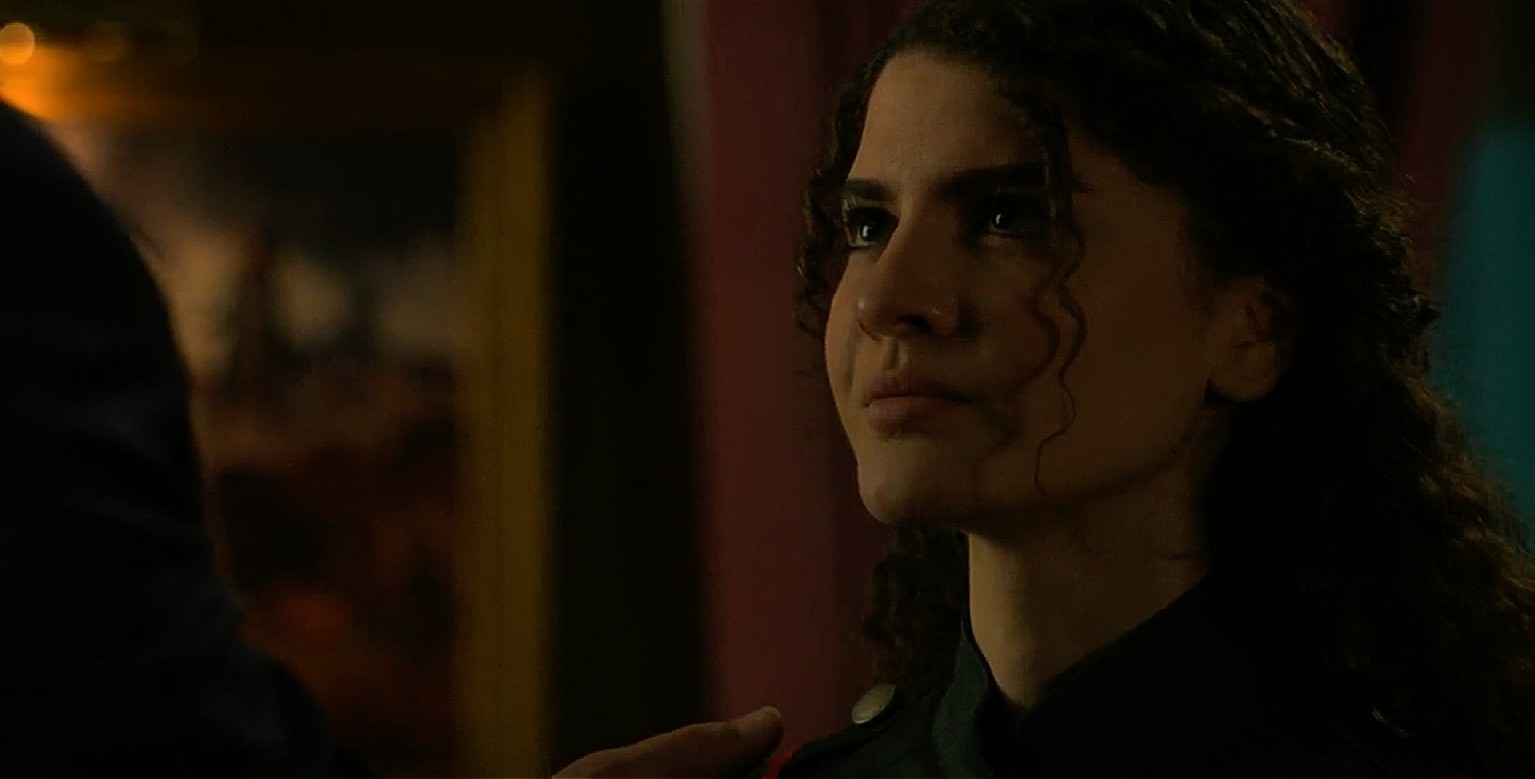 Penelope then gave her father a goodbye hug and let the poison consume them both. It was both tragic and a full-circle moment we’d been hoping for. Only Penelope could deliver justice to her father. I can only assume she let the poison consume her as well since she was never seen again after that. And as Izadora had said previously, Penelope’s recovery had plateaued with no signs that she’d ever return to who she’d once been. 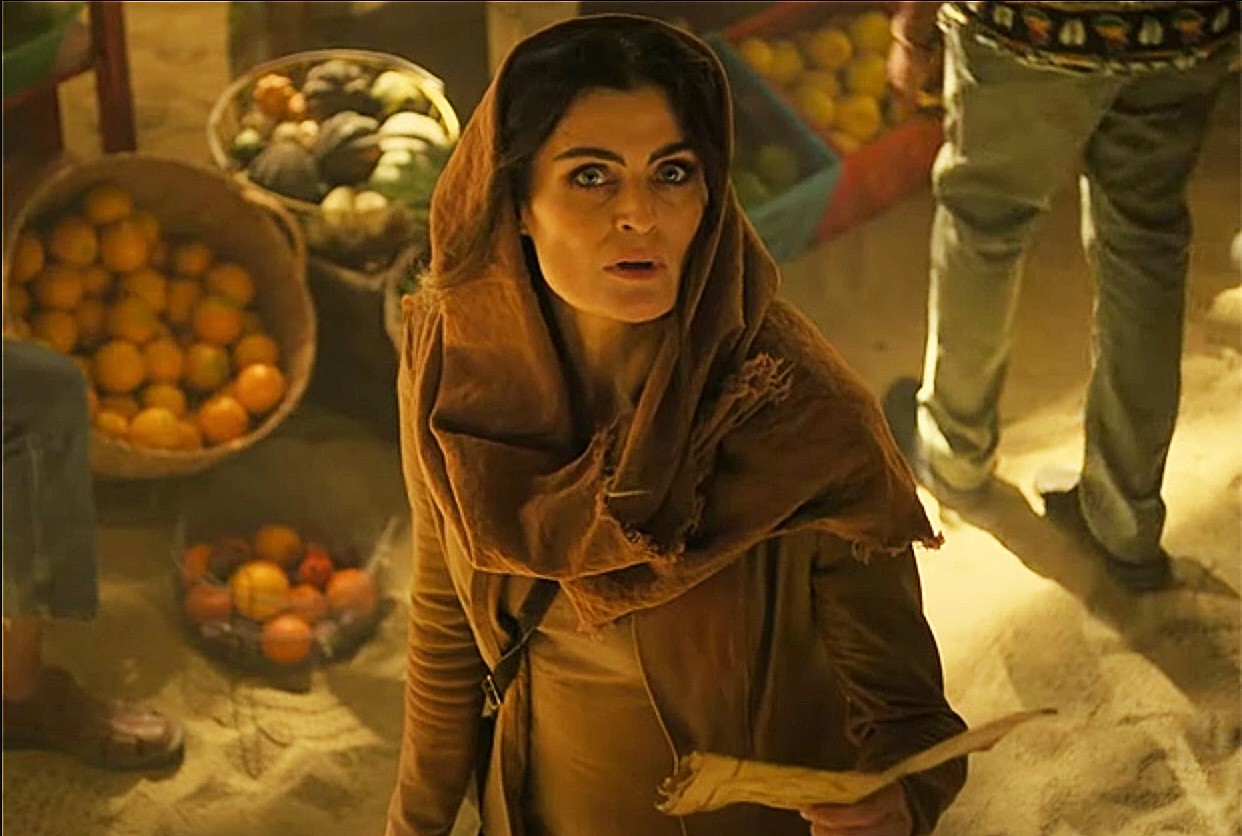 The Winds Down in Africa

Alder’s search for the last piece of the song took her to Africa. She didn’t get far before facing the witch government there. Though there was a witchy war brewing in Ghana, it wasn’t Alder’s doing. And, she couldn’t stick around to help sort it out. After discovering lost and vague histories, Alder was led back to the states where she discovered the final steward was a Bellweather. 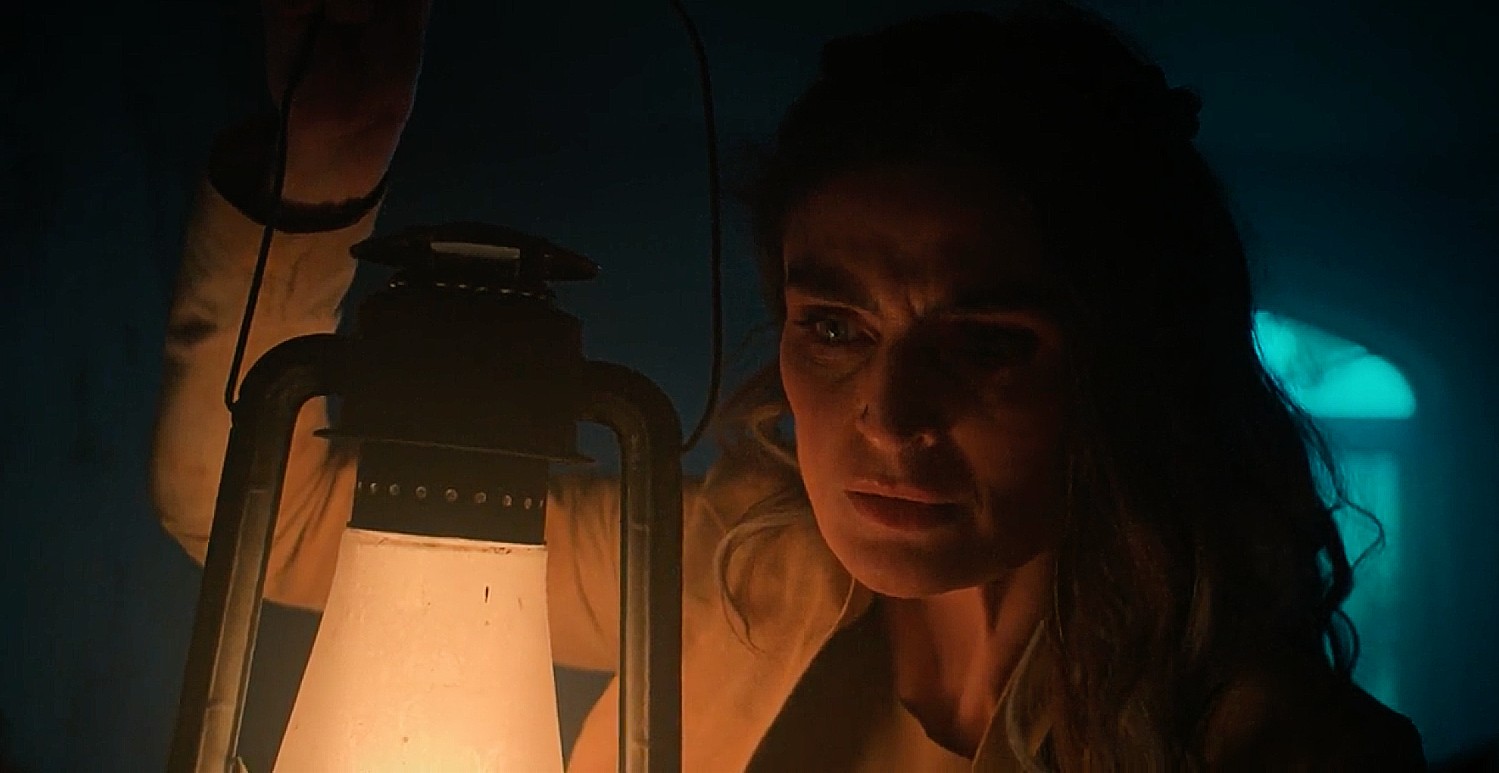 This took me by surprise. Majorly. Abigail (Ashley Nicole Williams) has been seeking out the connection to Jem Bellweather and working to live up to a legacy she knew deep down was huge. It was underestimated just how huge it was. I was feeling as surprised as Abigail was. I was also impressed that Abigail didn’t hesitate or even try to deny it was possible that she was the final steward. There was no time for that and it would’ve been a waste. Abigail is not weak or insecure like that. One of the many things I love about her. Sheer ferocity, that one. She was only afraid she did truly know her piece of the first song and would fail everybody.

Panic and anxiety was at an all-time high when Alder and the other stewards met with the unit. It was time to sign the First Song. Abigail Bellweather was the final steward and though her family histories had been lost, the final piece of the song remained and was passed down unknowingly. With the stewards and Raelle at the heart, the First Song was sung. It was incredible to watch as the poison that Hearst had inflicted on The Mother was expelled and as it was, pure magic surrounded the world. It was magnificent.

The episode ended on such a high note with so much potential for a future. Though Anacostia was lost in the battle, so was Penelope, and their sacrifices were not in vain. While there is much grieving to be had for the losses, it was pretty satisfying to witness Penelope destroy Hearst and her father. Anacostia was an incredible leader and fighter, Never once did she doubt herself or the faith she held in others. 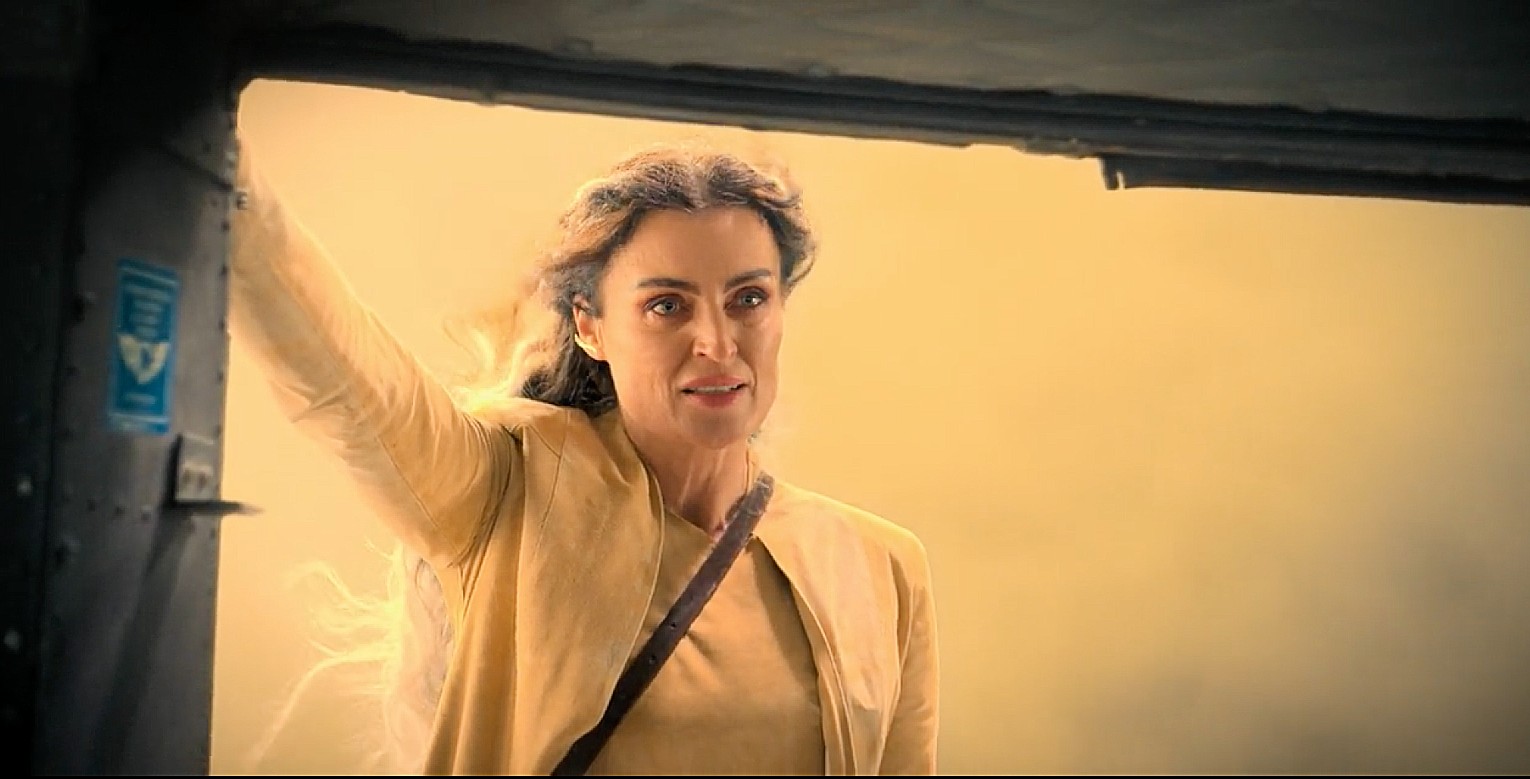 In a farewell that felt bittersweet but fulfilling, Alder told the unit how proud she was of them for how far they’d come and all they’d accomplished. The entire fandom was in agreement. She’d also told them how everything had changed, even the way others would view them. No longer would the unit simply be just witches, but in the eyes of so many witches, they’d be goddesses and Alder expected them to live up to the status. Calling upon such strong magic and being able to hold it is indeed quite powerful. They changed everything.

The ending was definitely inspiring and what I deemed as Buffied. For those who know Buffy the Vampire Slayer know precisely what I’m saying.  The realization that MFS took the finale route that Buffy the Vampire Slayer did was outstanding! The First Song awoke witches everywhere. Lost lines and new lines were born. And, they were going to need some guidance.

I truly wish this show wasn’t over. There’s potential for so much more. I’m not ready to say goodbye to this show or the incredibly talented cast and when a show is so moving, like this, I’d never be ready for the end. Still, there’s no choice. I will just continue to daydream about what a future season four would look like and hope to see this cast in new future projects,

What did you think of the finale? Let’s chat in the comments below and don’t forget to follow us @capeandcastle on Twitter.