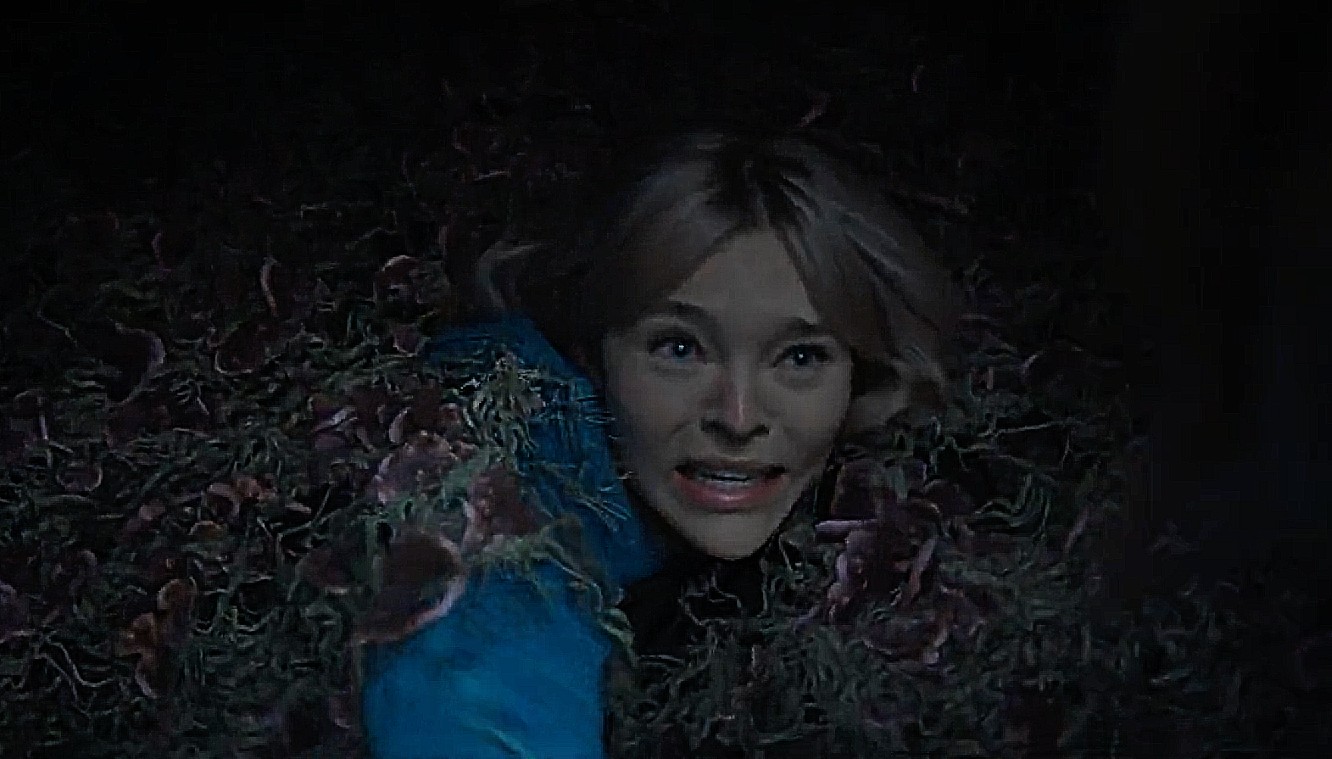 Last week, plans were made to act against all witches and exterminate them (review here). This week, MFS took us behind enemy lines. After Raelle was snatched by the mycelium AKA The Mother, the unit was ready to take the fight to The Camarilla. At Fort Salem, Petra, Anacostia, and M work to figure out which side of this war President Wade is on during an important political event. 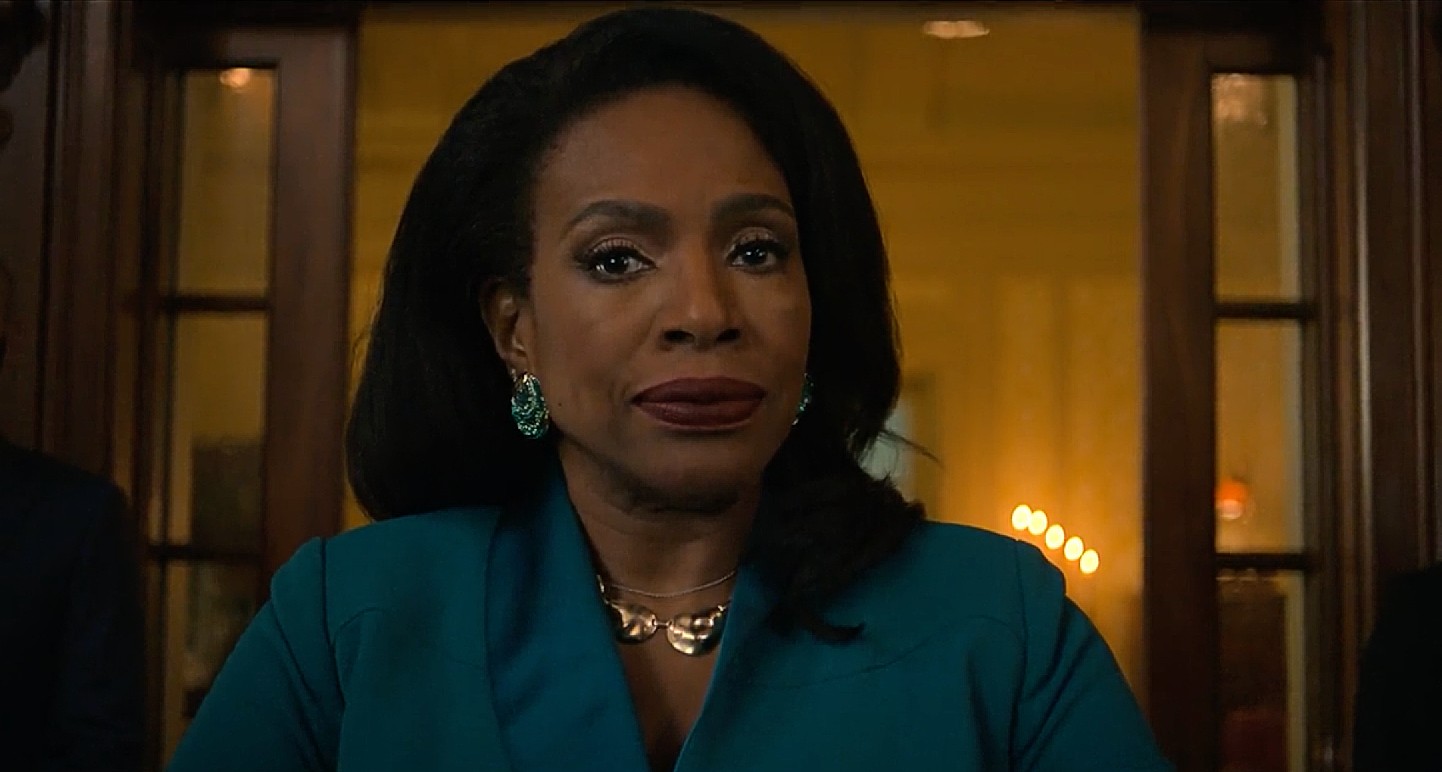 At the start of the latest MFS episode, The Camarilla was already getting their hands dirty, digging up the earth to find “The Mother” at the beginning of the episode. Succeeding in their search, Hearst (Bob Frazer) was more than eager to test the latest poison that The Camarilla had formulated. It was horrifying to see how fast they were working. I thought there’d be a little time before they were able to find it, but the fact that they found it so quickly is ominous.

Elsewhere, Blanton Silver (Victor Webster) put his anti-witch proposition and plan into motion at a political dinner held by the Bellweather family. He wasn’t shy about his distaste for witches either and neither was his plus one who sat right on the line of racism and bigotry. The rage I feel is strong for these two.

Though Petra (Catherine Lough Haggquist) was busy heading the front to weed out Camarilla mong the politicals and protect witch-kind, her mother swept in and worked some magic of her own. The woman, impressive in her own right and radiating loyalty and power, took a private meeting with President Wade (Sheryl Lee Ralph). Though it’s unclear what brought these two typically opposing forces together, I’m glad that President Wade isn’t letting Blanton get away with injustice. Still, standing in the way of his plans made her a target. I’ve got a feeling the Bellweathers will be prepared to help her however they can. M (Ess Hodlmoser) should definitely stay on her detail. 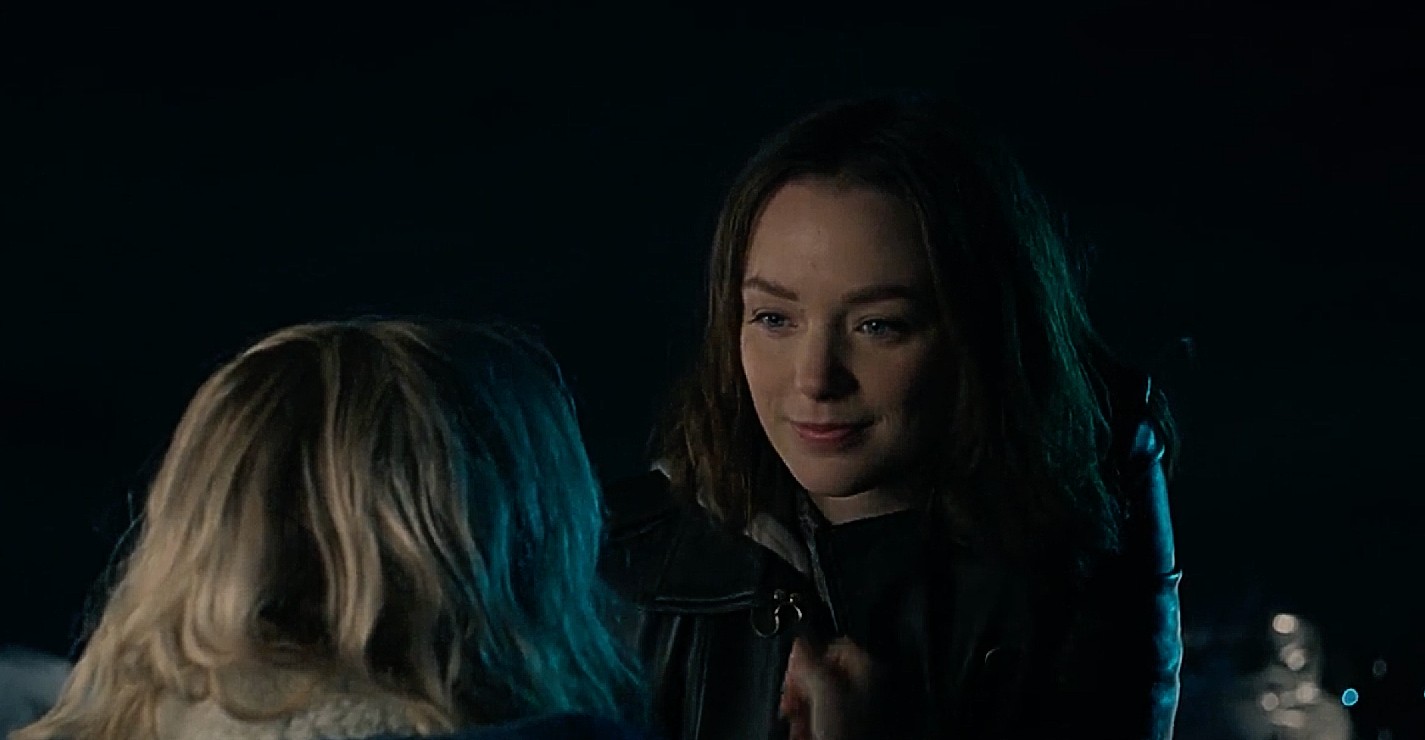 Abigail (Ashley Nicole Williams) has grown tired of doing nothing but sneaking around and doing stakeouts and staying undercover. She’s itching for a fight (and so am I). Deciding to catch up with Raelle (Taylor Hickson) who’s doing recon with Scylla (Amalia Holm), she overhead her telling Scylla that someday soon the two of them would go off and start a life together. While I was caught up in my feels at the sweetness of the moment, the same couldn’t be said for Abigail.

Abigail was hurt, but I understand that feeling. When you come to rely on and care about someone and they become a staple in your life, you don’t think that they’ll leave you one day. Now, having to imagine it, is Abigail ready for such a change? First, Adil (Tony Giroux) confesses to wanting to have a family with her someday, and now, Raelle is ready to have her own life. Is this really just a daydream or will this unit be breaking apart in the near future?

As if that wasn’t enough of an overload, both she and Adil get a taste of the forewarned union of earth and sky when they attack The Camarilla for poisoning The Mother and Raelle. Though the two were a little concerned about what it could mean for them and Khalida (Kylee Brown) was mysterious about it, they really leaned into it and embraced it. Their ever-tightening bond hasn’t gone unnoticed. With the little earth-shake and spin spell they did perform, I’m excited to see what this union could really look like at full power.

Tensions were tight after the unit reached the Cession. Abigail confronted Scylla, calling her out as shady, thinking she and Raelle were preparing to run away. Tally (Jessica Sutton) wrangled with her new power development and how alone she truly felt. Nicte (Kandyse McClure) tried to reach out to her, and I had even more respect for her. She’s been pretty centric on remaining hidden and guard, so it was refreshing to see her soften a little bit.

When Tally revealed that her powers had grown so much that she could see into the future, not just a few minutes but days, Nicte was shook. She’d been able to see Nicte’s true face before Nictie had shown her herself. Me, on the other hand? I was excited. Tally has come into her own in a major way. After wrangling with heartbreak and then losing Penelope, Tally has hardened up. Magic isn’t all daisies as she’d first believed, but she hasn’t let it completely take her over either. She still has that love and support only Tally can give to her friends amid all of the emotional grief. I’m pretty sure Nicte sees that, too, which is why she rides her the hardest. 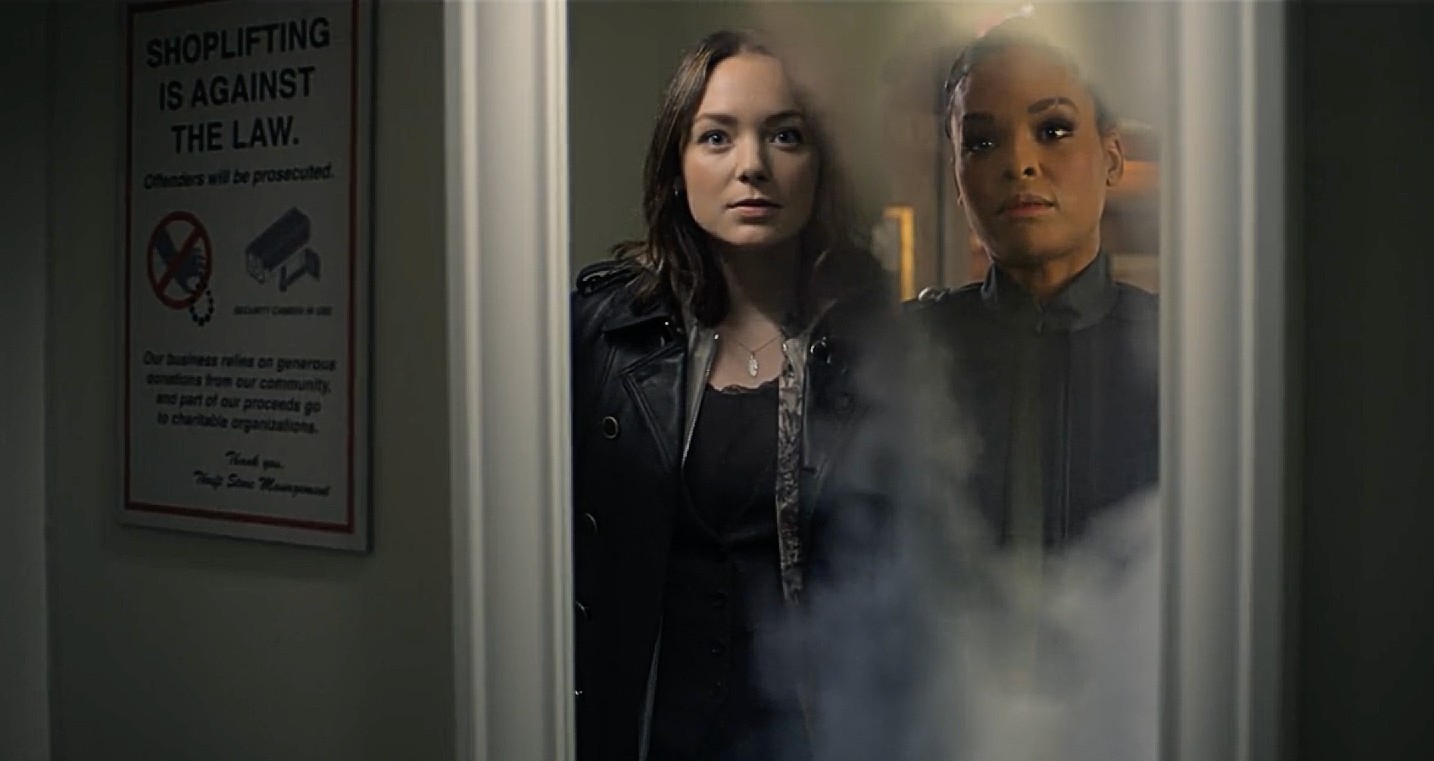 Things grew more complicated for the unit. Aside from trying to remain hidden, Raelle had grown sick suddenly. It was revealed that due to her connection with the mycelium AKA The Mother, she was feeling the effects of The Camarilla’s poison. As a result, she was quickly dragged underground in an effort to be protected. It was a gut-wrenching scene to see Raelle and Scylla pulled apart once again with no clear way to get Raelle back, except eliminate The Camarilla. Honestly, I need my Raylla heart to stop getting pulverized. I need their dream to get free of all of this war and draft and life and death to come true.

Though as stressful as it was to lose Raelle, this got everybody to stop fighting each other and put them back on track to fight The Camarilla. Abigail was roaring to have a go at them and she got her chance. Even Nicte joined in, releasing some serious pent-up rage, trying to put an end to Hearst. From the obliteration of three Camarilla to an exploding helicopter, the action was not lacking. This unit is top-notch. However, their enraged power wasn’t enough to eliminate Hearst. He’s legit a cockroach. I’m starting to think a nuclear blast couldn’t kill him. 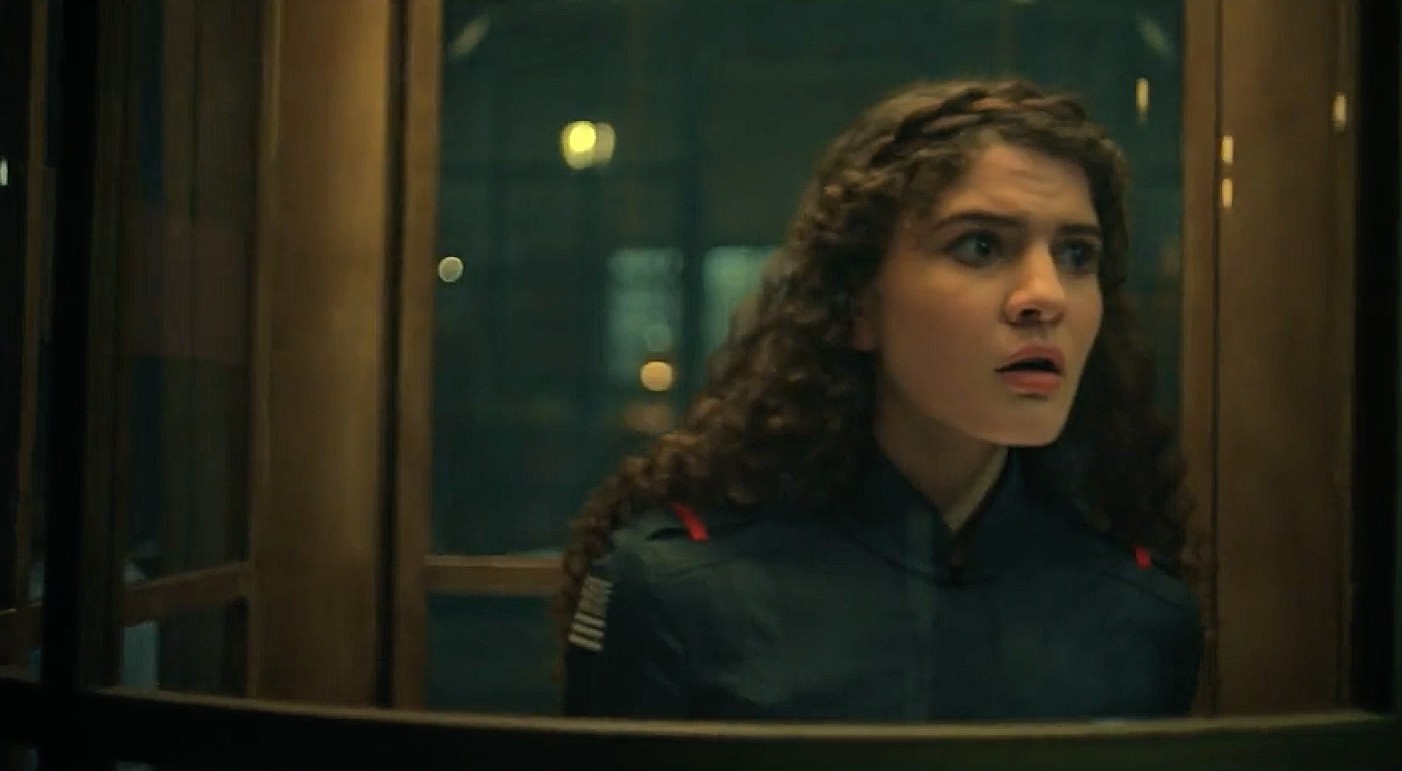 Fort Salem wrangled with the black rain. Izadora (Emilie Leclerc), head of the Necro Lab managed by coaxing black rain with a Victrola playing the song Penelope (Mellany Barros) had been seeing when the country discovered she was a witch. Her voice rang out amid the black rain, creating a beautiful yet chilling song that created some serious chills with a side of goosebumps/  Though there’s still so much to learn about how Penelope is still alive, this scene was superb. The creative interaction created took the spellbinding ability of song far beyond what I could imagine.

Penelope was in a state of confusion as she unravled from the black rain into her bodily form. I can’t blame her either. I’d be confused as well. Though she lashed out, Zadora was thrilled at knowing her work wasn’t in vain. With Penelope back with them, Fort Salem has an opportunity not only to restore one of their own they lost but also put a spotlight on Blanton. What will he say about this? More so with these first steps taken to bring Penelope back to life, could  Izadora be interested in reviving Alder?

It was at the end that things were taken up a notch and I was left with a few questions. While Penelope was resurrected, the unit had to deal with the disappearance of Khalida from the campsite on top of being unable to get Raelle back. What they did encounter while trying to find her was something that could see past their power and possibly be more powerful than them. Marshalls.

This dashed Nicte’s comment that they were only an urban legend. And the way they can easily get past the unit’s magic, especially Adil’s cloaking ability, has me worried. They give a good dose of spooky to tide me over until Halloween, that’s for sure. Still, I have to wonder. Are these Marshalls friend or another foe to add to their line-up? And where’s Kalhida!? 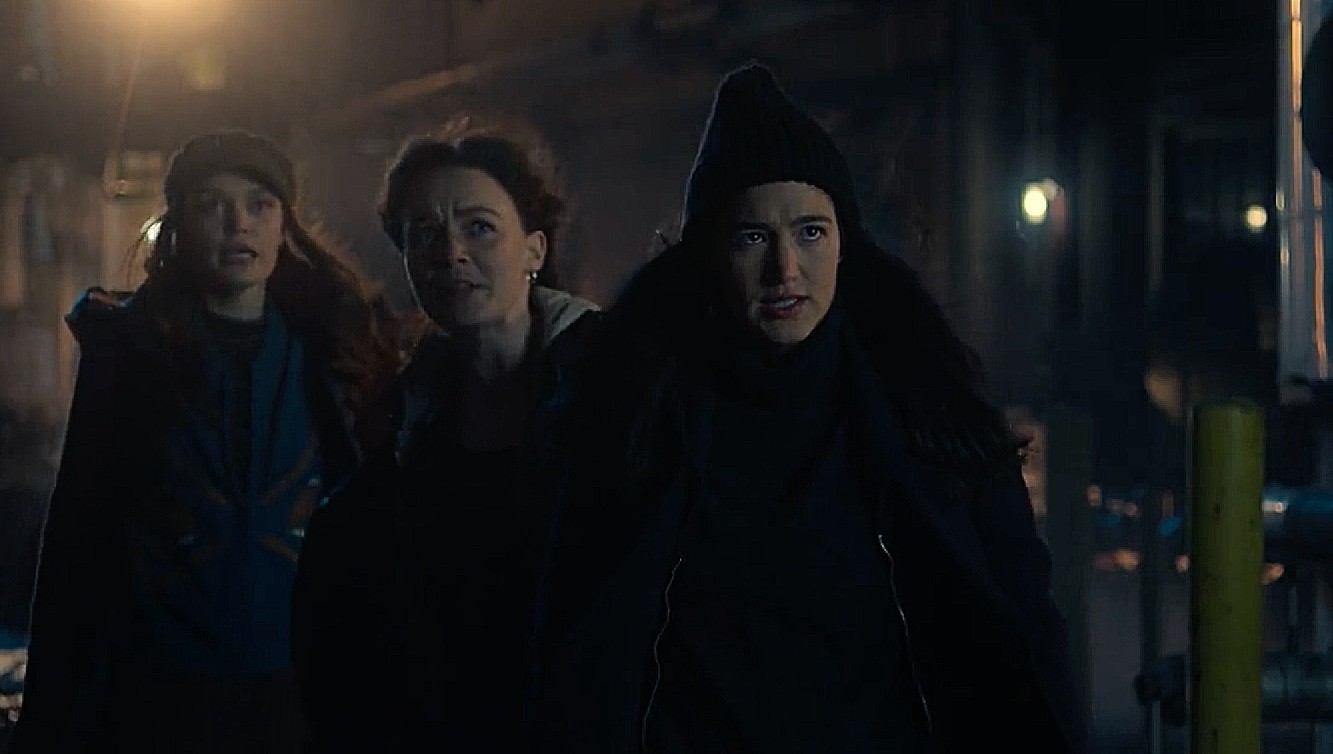 This definitely goes to Nicte and her epic ability to bring down Hearst’s helicopter. She’d been so reluctant to use her powers until this moment. So, it was incredible to see that she’s still got some power to whiplash about when the time calls for it. Unfortunately, he survived, but he didn’t manage to escape.

What did you think of MFS episode? Let’s chat in the comments below and don’t forget to follow us @capeandcastle on Twitter to keep up with other shows you love!