The premiere we’ve been waiting ever so anxiously for has arrived! Motherland Fort Salem returned with a stunning fury like no other. Our rebellious witches are in deep, joining dodgers and struggling to be away from loved ones. Old powers lurk and The Camarilla had a plan to end all witches brewing. This is the beginning of the end. 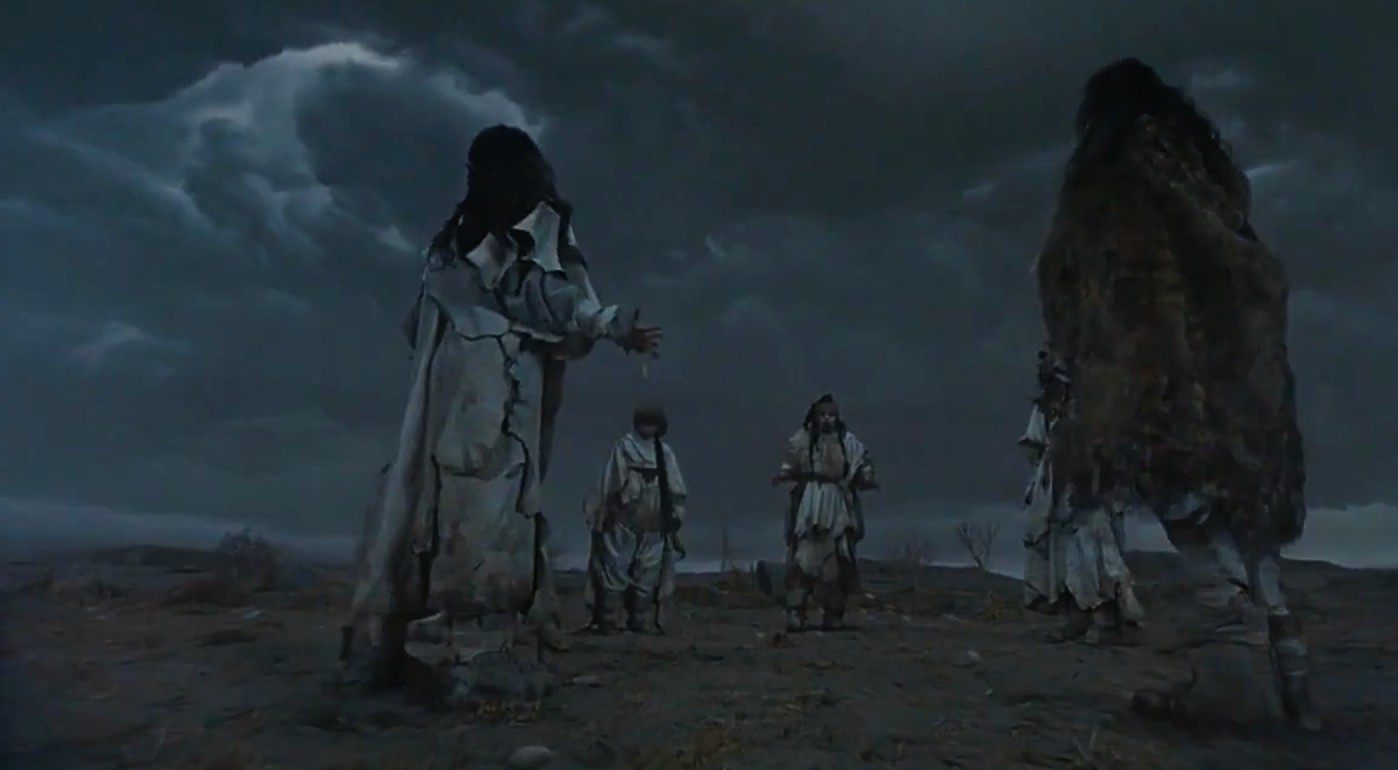 The episode began with stunning song and magic. A group of witches sang their power with chilling tones and then turned to go their own mysterious way. This historic intro had me excited and intrigued. Knowing the depths of the history of witches and their lineages has always been a thrilling point, so I can’t wait to see more revealed throughout the series.

In the present, the group managed to remain hidden in plain sight: a paper warehouse. Totally caught that little nugget hinting at The Office by the way. Cute. It also couldn’t be any more ordinary.

Scylla and Raelle reunited into Raylla and I couldn’t be more thrilled. While I was crazily suspicious of it at first, I’ve succumbed to it now. Not everybody was thrilled to have our witches around. Though they hid among Spree and dodgers, Nicte wished that the group would change their faces. That way they’d be better hidden. While understandable, I can’t blame the group for wanting to keep their identities, especially after all they’ve given up. They had to be able to hold onto something of theirs. When new dodgers rolled into the safehouse, tensions grew. That was especially the case for Raelle who got to meet Vira, Scylla’s apparent ex. Surprisingly, Vira wasn’t horrible and incorribale like I assumed at first. She was just glad to see familiar faces and trying to remain hidden from the public eye as well. The interactions between Raelle and Vira proved that while it may be awkward, not all exes are wretched bitches and out to get the new girlfriend.

While others relished the time with their significant others, Tally was working to strengthen her power with Nicte’s help. Tally has hardened a bit from who she was in season 1, but I can’t deny the hard work she’s put in, how much she’s been through since then, and how much she’s willing to adapt. I’m loving seeing Tally become Nicte’s new protégé. Much as Abigail seems to be falling in her mother’s footsteps, Tally is finding her own path with Nicte.

Elsewhere, Abigal struggled to be away from the family and military structure she’d always known. Growing up under her mother’s firm instruction, she wished to have it once more. It was a moment I’m sure many can relate to. The feeling of wanting to be free of something so badly and then missing it terribly when it’s gone. Going so far as to others’ safety though? Not sound judgment there. I was holding my breath when she was nearly caught.

While Abigail didn’t get caught, Tally almost did. Sadly, the safehouse was rendered dangerous after Tally was nearly spotted by a bystander while training on the roof. I can’t be mad that she only wants to be better prepared for the next face-off against The Camarilla. Plus, the power she let in before it happened was pretty intense. She didn’t just see the future like Nicte had been getting at during the entire episode. She saw several futures at once, highlighting just how powerful she can be yet again. 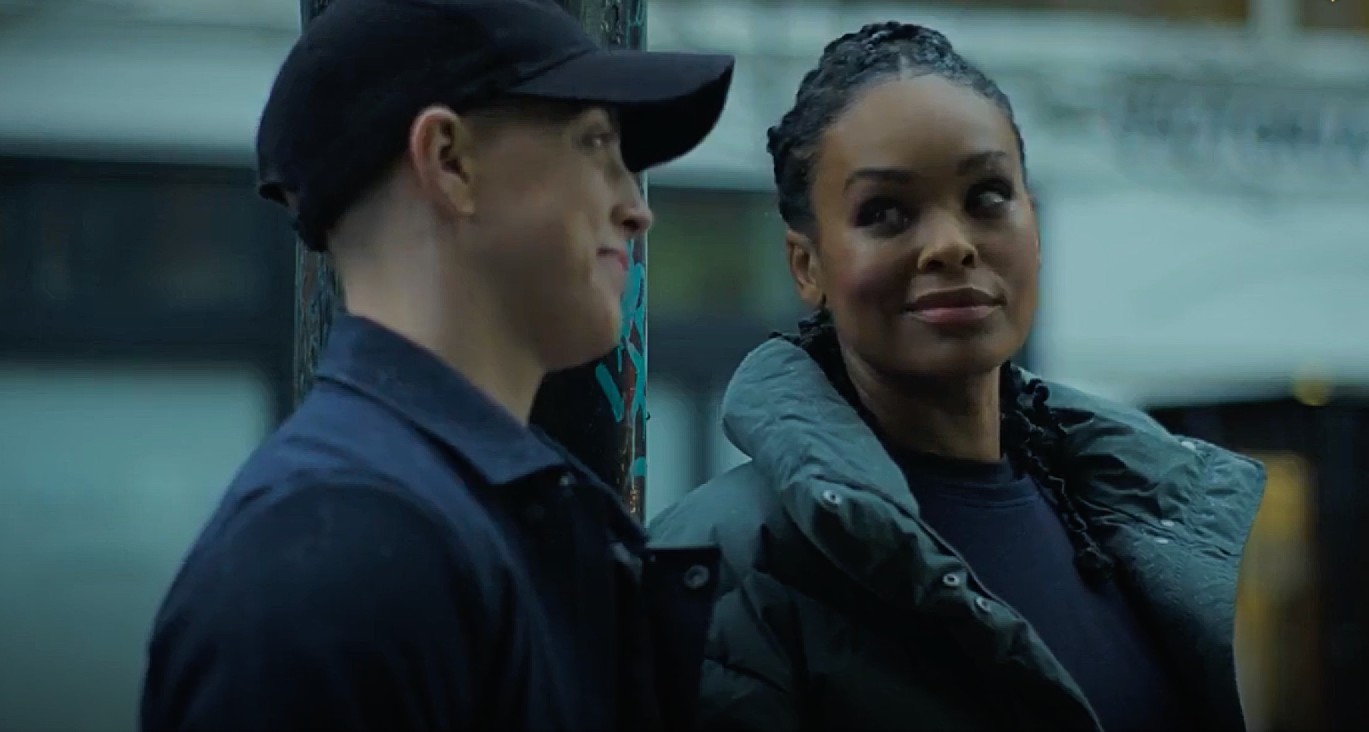 The new president, Branton Silver, the very man who killed his own daughter, Penelope, last season, was still preaching that Raelle, Abigail, and Tally killed her. Just looking at the man has us fuming. I wasn’t surprised to see he was cooking up plans to further the war against witches.

Meanwhile, our witches were scheming as hard as he was. Anacostia got her spy-game on as she worked to find out what The Camarilla was up to in hopes of getting ahead of their plans. This brought M back into the fold and I was so excited. M’s mild and stoic performance last season was phenomenal. So, getting to see them back in action and possibly more expansion on who they are is outstanding. I do hope to see Gregorio rejoin the fray at some point, too.

The end of the episode brought a surprise. As those remaining at Fort Salem were being vaccinated after the wide-scale poisoning at the hands of The Camarilla, the skies darkened and black rain poured down. The wild part was that the floral life around them began singing and they sounded just like Penelope. It’s unclear what it means at the moment, but it felt ominous as hell.

Penelope wasn’t the only big return. Out in a sheep field in Basque, as a warlock sang to the skies and made them churn, a bodily form rose from the ground. My eyes bulged right out of my skull at seeing that it was Alder. With her eyes a startling blue, I got a feeling this couldn’t be Alder. At least, it’s not the Alder from before.

A lot of power is swirling around, waiting to be released in an effort to defend magic and keep it alive. It seems that magic may have a leg up, but The Camarilla has a plan to destroy the Mother—the emanating magic that created witches and magic.

What did you think of the premiere? Let’s chat in the comments below and don’t forget to follow us @capeandcastle on Twitter to keep up with other shows you love.