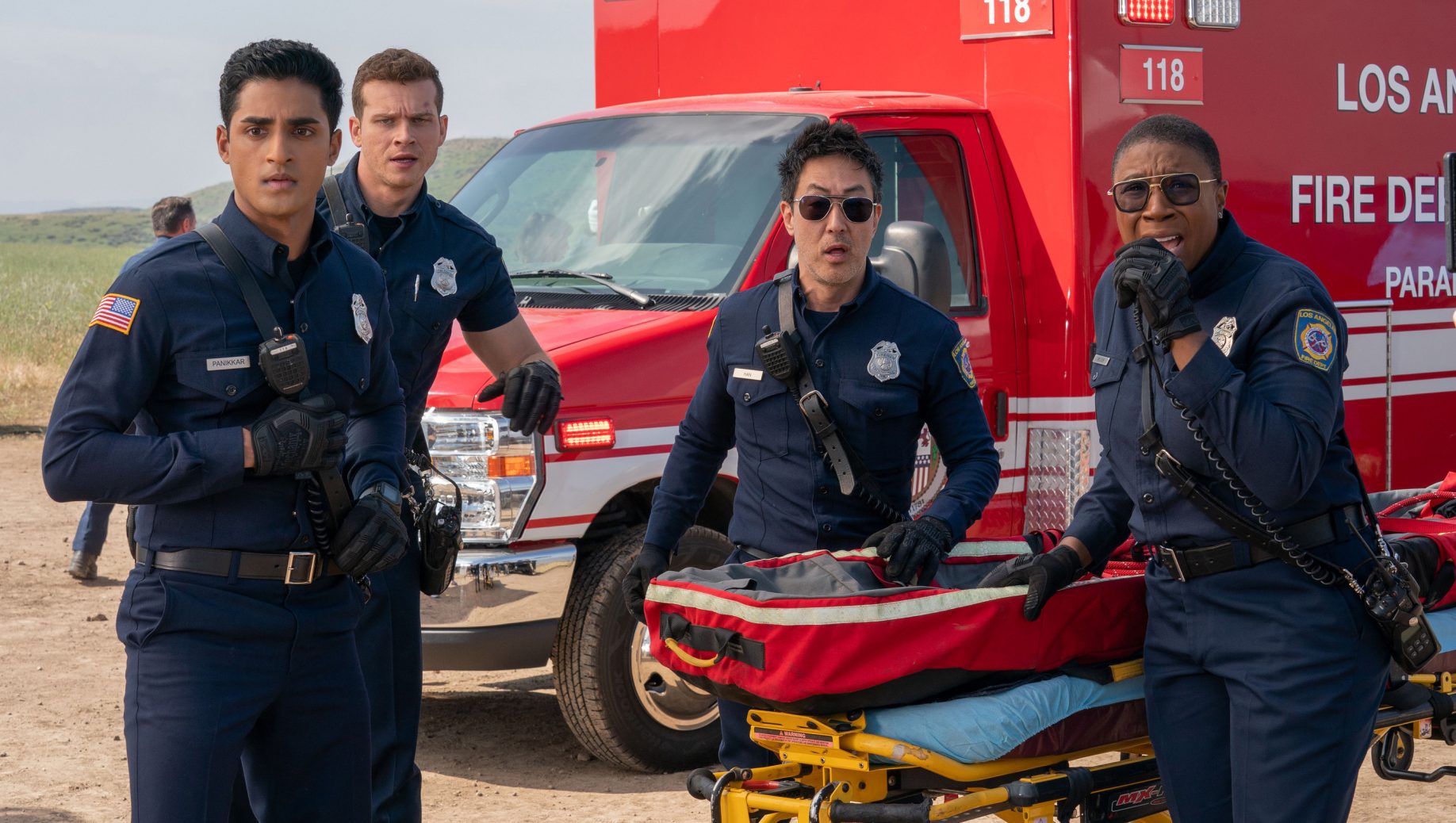 The Season 5 finale of 911 aired right after the announcement that it would be back for Season 6! With that happy news out of the way, it was time to watch the final episode of the season, “Starting Over.” After a season full of angst, tragedy, and what felt like the team fundamentally breaking apart, everyone got to restart. Find out what happened on 911 on FOX 5×18

Even though season finales usually have a sense of action and possible cliffhangers, we got some closure in various ways that were much needed. While it seemed to rush a little bit at the end, we still got some beautiful moments between the characters that showed them in various stages of healing. 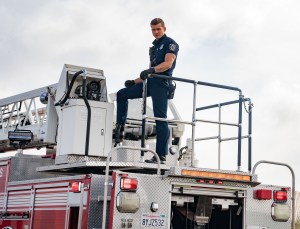 After getting in trouble at work, Buck is concerned that the entire team is upset with him. They turn off the news before Taylor can come on screen and even Eddie barely acknowledges her name during a conversation with his friend. Bobby actually admits that he blames himself for not seeing Jonah for who he was. Despite Buck assuring him that he couldn’t have known, Bobby is clearly suffering.

Buck goes to see Eddie under the guise of helping him to repair his bedroom wall. In actuality, he has been avoiding Taylor. He’s still mad at her and doesn’t want to be mean, which is fair. Even though he does have the right to be upset, he recognizes that it’s best to cool off before having a major discussion. He’s also been doing some reflecting, and wondering if being in a relationship should be worth wanting to keep trying even after stepping into each other’s mess.

Talking to his sister Maddie about if love is worth going through each other’s worse moments and still wanting to try again, Buck can see his words have an effect on her. For Maddie, she has been wanting to go back to work and even talked to Chimney about it. But Chimney misunderstood what the conversation would entail and thought it meant dating other people.

This clearly shows that the two still love each other. In fact, Maddie texts Chimney about her first day minutes before texting Buck. Her amused little brother finds enjoyment in the fact that Chimney is number one. Of course, this ends with Chimney roasting Buck about Lucy, the kiss being brought up as a surprise for Bobby.

A break up everyone saw coming on 911 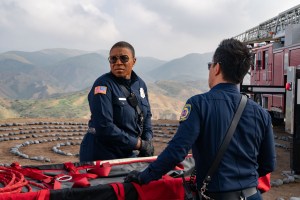 Even though logically we know, and Bobby now knows, that nothing has happened since it bothers him. He obviously missed something else and worries about what this means for him. Besides showing how Bobby is spiraling, we’re glad the kiss was brought up to show it really did mean nothing. However, it doesn’t mean that we liked that it happened.

In the end, Buck decides that ultimately, he can’t be in a relationship he doesn’t want to be in. He realizes that he deserves to want something different and Taylor isn’t the person for him. Buck’s realization came after her betrayal and while theoretically, they could move past it, he realized that he doesn’t want to.

We still wish that the kiss never came into play. There were other ways to show them falling apart without that aspect. But we did see how both Buck and Taylor wanted to try despite the other’s mistakes. They just needed to see that even if one wanted to try, if the other wasn’t in it, it was better to separate.

The break-up was short, quick, and, well, not sweet, but it fit for them. They needed to let each other go and Buck got his space back. He looked almost relieved realizing that he didn’t have to be in a relationship just to not be alone. Now we hope he takes time to himself to find out who he is and what he does want. 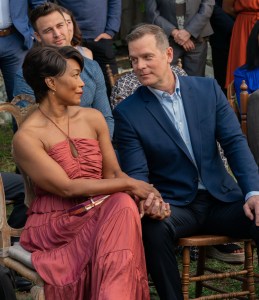 Hen and Karen also got a key part in the finale. After learning Clive and Toni are engaged, Karen finds herself upset at the idea of a backyard wedding. As it turns out, when Hen and Karen got married, Toni didn’t come because she didn’t approve. Even though Hen has since forgiven her mom, Karen has been unable to. She remembered Hen’s face that day and it’s difficult for her to let that go.

Toni ends up surprising her daughter and daughter-in-law. While preparing for the wedding, the women are surprised to see Eddie, Chimney, and Buck arrive in nice suits. Obviously, they wouldn’t be coming to Clive and Toni’s wedding. With a smirk, they simply direct the women to Toni.

After apologizing to Hen, Toni tells them this is a wedding for them. She wants them to recreate the day where she will be right there to support them. With the entire 118 happily watching, the two renew their vows they once spoke years ago in front of their family.

Throughout the vows, we see the various members of the 118 and what is happening with them. Chimney is continuing to spend time with Maddie and their baby girl while Buck has a final goodbye with Taylor, who gives him her key to the loft.

Eddie, who is continuing to go to therapy and comes back to the 118, also had a touching scene with Bobby. He tells Bobby that while he might feel responsible for Jonah, he took Eddie in when both he and his son needed him the most. Without knowing it, Eddie in turn saved Bobby. After leaving his home, we see Bobby take out a bottle of alcohol before pouring it down the sink.

It was such a relief to see Bobby didn’t relapse after all. He came close, but someone he loved and respected saved him. Eddie might never know what he did, but we do and for that, we will always love him for that. Well, one of many reasons we love him.

Now that Bobby is continuing to take care of himself, he surprises Athena with tickets for a cruise. A Bathena honeymoon? Oh, this is going to be good! Until you take into account that there might be a disaster for Season 6. Uh oh. Let’s just focus on the magic of 911 on FOX 5×18 in the meantime, shall we?

We’re looking forward to Season 6 more than ever now. Let us know in the comments below your overall thoughts on the season and what you want to see from 911. Find us on social media for more content.