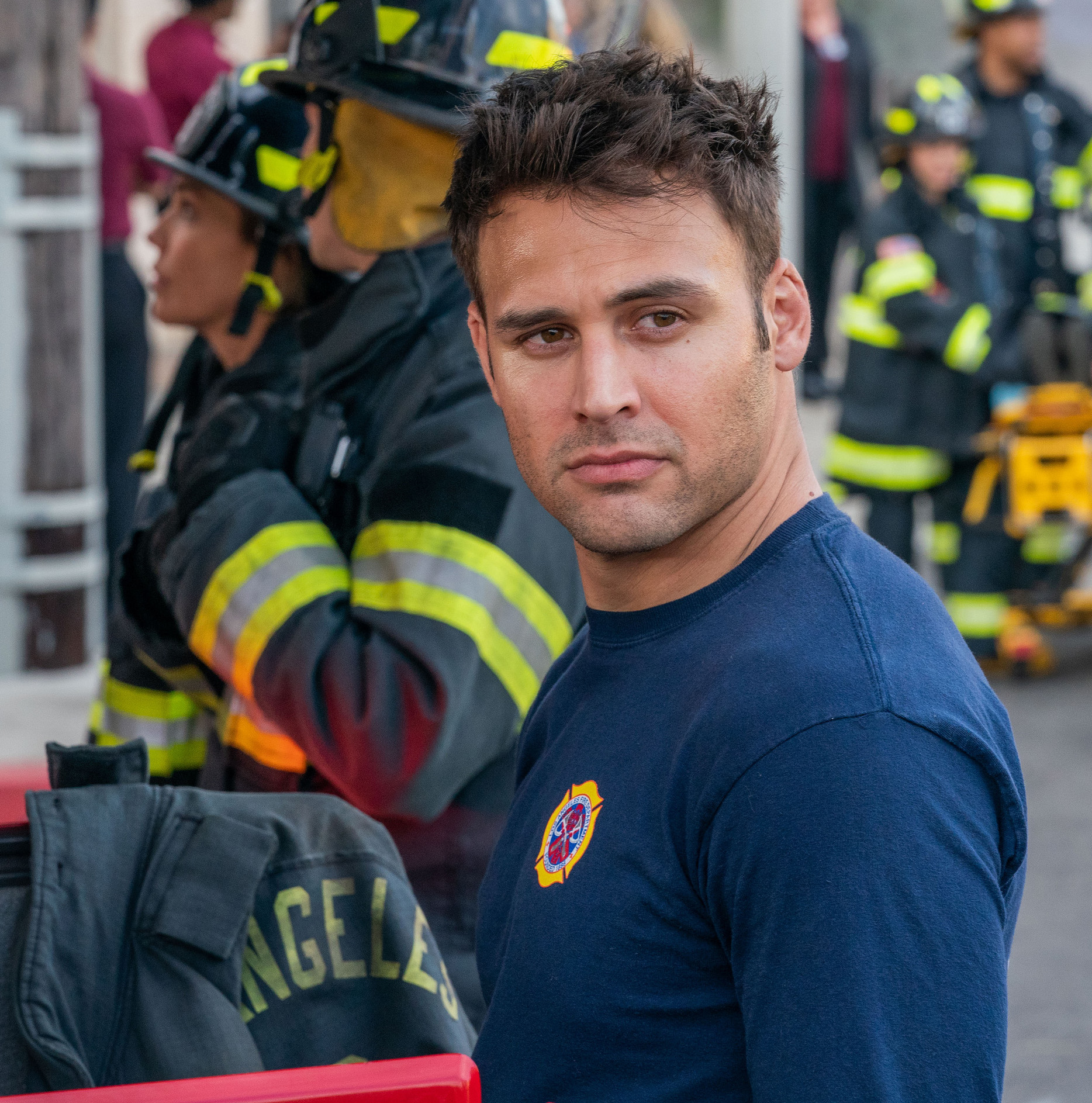 911 on FOX has had some amazing episodes in the back half of 5B and this one was no different. “May Day” allowed us to see more of May Grant coming into her own while Eddie got the chance to jump back into the fire, so to speak. In an episode dedicated to the dispatch center being on fire, the 118 came together after being apart for so long.

When the episode began, we saw that things were still frosty between May and Claudette. Things come to a head when May blows up at her for rerouting a call, and Sue sends them to the “quiet room” to cool off.

Firefighter Eddie Diaz is in the building in “May Day” 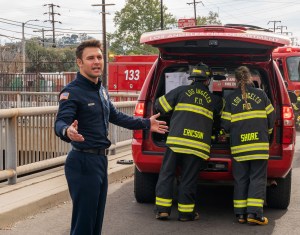 In the meantime, Eddie, who has been watching the interaction with Linda, is clearly still feeling displaced. She gives him advice on waiting for a sign, to which he wishes it will come sooner rather than later. He gets his answer when a fire starts in the midst of an electrician, Carson, trying to upgrade the electricity in the building.

Eddie is the first to realize something is wrong when he sees Terry unconscious and sees smoke. He immediately goes into firefighter mode, saving his life and making sure dispatch knows to evacuate because of the fire.

Immediately, the 118 is on the scene and they began to coordinate with other firehouses. Albert joins Chim while Hen works with Jonah to coordinate a triage center. It’s then that Sue realizes that May is still inside the building after telling Bobby that the senior dispatchers are still on the floor where the fire has not penetrated.

Bobby immediately hands the scene over before telling Lucy to come with him while Buck and Eddie work together. There is still one person unaccounted for and it was Carson, the electrician.

Buck and Eddie are the teamup we needed 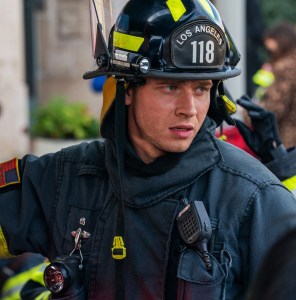 After finding out from Josh where he could be, and getting some petty Eddie after offering to come with them, Buck and Eddie find Carson. He’s injured in his leg, which makes Buck tell a story about his own injury to make him feel better. Seeing Eddie and Buck together and working side by side after months apart was a joy to see. It’s clear that they are able to seamlessly come together as partners as they have since Eddie joined in Season 2.

May also is finding her way as well. Despite the tension with Claudette, she opens up about not being sure about going back to college or not. Claudette tells her that despite their clashes, she does see greatness in the young woman. She can also see that May clearly is not sure about whether she wants to be a dispatcher if she hasn’t thrown away her letter yet.

Their talk is interrupted when they realize that the room is too warm. Upon opening the door, they see the fire and Claudette visibly freezes. We find out from her panicked mumblings and scars on her back that she must have been in a fire.

May fights for her life and Claudette’s 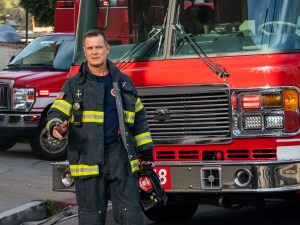 May keeps themselves as far away from the flames as possible. Until she hears Bobby’s voice in his attempts to break down the wall to save them. Claudette is still lost in her memories until May orders her to get up and survive.

She was so strong in the episode and we’re so excited to see her come into her own in the next couple of episodes.

When they try to escape, the roof ends up collapsing, almost sending Albert down as well. While Chimney is able to quickly save his brother, May and Bobby are trapped. Upon hearing Lucy’s mayday call, the rest of the 118 soon rush inside the rubble to save their captain and May.

It was an incredibly powerful moment, set to the song “Carry you” by Ruelle. The song had previously been played during “Eddie Begins” in Season 3. So to hear it again as the 118 banded together as a unit for the first time, with Eddie, was amazing to watch.

Is anyone else ready for this Taylor and Lucy stuff to end? 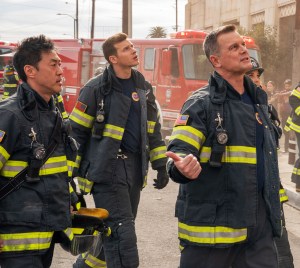 Everything about this episode was incredible, although we did have a confusing scene between Taylor and Lucy. After seeing Lucy comfort Buck when he was visibly shaken after almost losing Bobby, Taylor had some feelings apparently.

Taylor tells Lucy that Buck doesn’t do well when the 118 falls apart and she would hate to see things get messy. Now, this exchange is odd considering Lucy and Buck barely interact. We know it’s likely that scenes were changed due to backlash regarding the cheating arc. So why did Taylor feel the need to go up to Lucy? Does she know or suspect that Lucy is the one Buck kissed? Buck didn’t seem too concerned about the interaction either, which is different from his reaction in “Dumb Luck.”

Either way, we got to see the 118 is slowly coming back together. But the danger is still afoot. At the hospital, Hen is stunned to see Jonah trying to revive Claudette. Hen thought she was okay at triage. When Hen hears Jonah say that he usually saves patients, she becomes suspicious. Sharing this with Karen later, we start to get the feeling that Hen thinks Jonah is up to no good.

We always had a weird vibe about Jonah, especially with his attention regarding Hen. And with the promo, we are already anxious about what is going to happen.

Let us know your thoughts on “May Day” in the comments below.