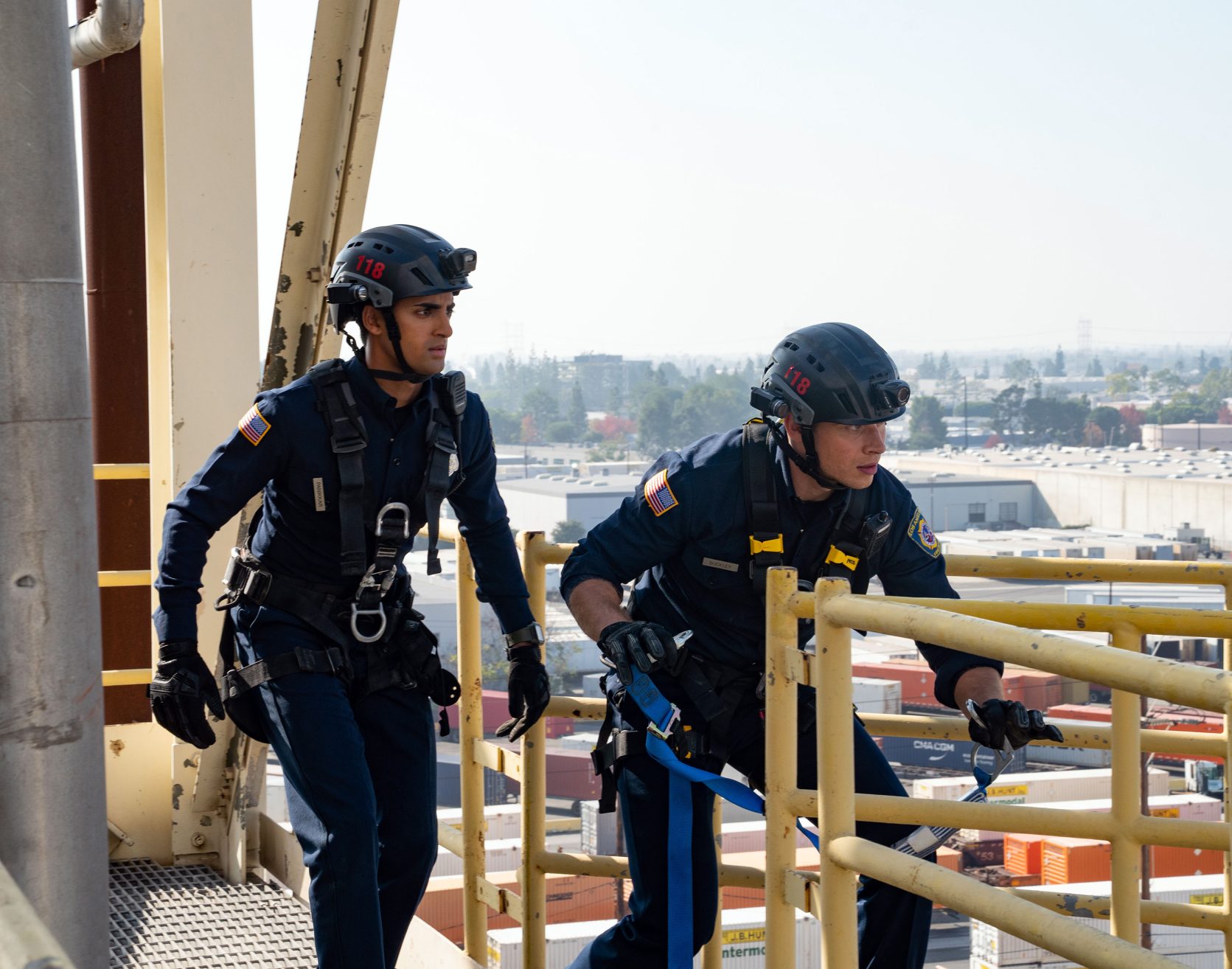 911 on FOX finally came back after a week hiatus. We got to catch up with the team, welcome the triumphant return of Maddie and Chimney, and sit through some awkward Buck and Taylor scenes. Plus, Eddie finally goes to therapy and we have so many feelings over it. Let’s go over everything that happened in 911 on FOX 5×13, “Fear-o-Phobia.”

The good news to start the episode was the reunion scenes between Maddie and Buck, and Chimney and Hen. It was great to see them finally reunited with some of their favorite people. Until we discovered that in the time between returning from Boston, Maddie and Chimney had broken up. 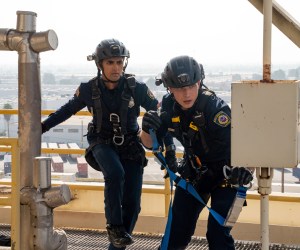 Okay, this whole business of having things occur offscreen is a bit off-putting. Especially when we find out during Eddie’s therapy appointment that he apologized to Bobby for his comments when he tried to come back to the team. These are huge moments for the characters and it almost feels like a copout not to let us see them onscreen.

The episode also dealt with calls that related to fears, from a man trying exposure therapy to an extreme while a woman literally could not feel fear at all. Plus, a spider call led to a funny moment in which we learned Bobby is not really a fan of the eight-legged critters. However, is it us or was something off about Jonah and the patient? We’re keeping an eye on him, especially since he seemed worried about Chimney coming back.

In the meantime, Buck was incredibly awkward around Lucy while they worked together, while she seemed unperturbed about everything going on. He likely felt this way mainly because he had yet to tell Taylor about the kiss. 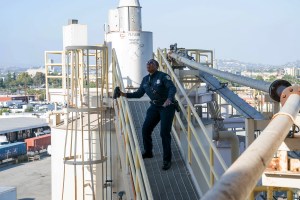 After a talk with his sister about his relationship, in which Buck felt like he was hiding things due to not wanting to be left behind, Buck realizes he needs to come clean. He does tell Taylor what happened, omitting who it was. Taylor is obviously hurt, especially when she finds out it happened the day before he asked her to move in.

Maddie herself also has some fears. While she has been taking care of Jee on her own, she is still not ready to give her a bath. However, after Albert calls her so he can head to work, Maddie works up the courage to go into the bathroom and take a moment to herself in front of the tub. Later that night, Chimney returns home, happy to see Maddie singing to Jee as they play.

There’s still some work for them to do and we can only hope Chimney and Maddie come back together.

Buck himself returns home to find Taylor has come back to the apartment. Of course, she had nowhere to go since she broke her lease already. But she tells Buck she wouldn’t have cared about the kiss and was more upset about him essentially trapping her in the apartment. And even if he didn’t mean to do that purposefully, it is what happened. They agree to try to make things work without any more lies. Of course, we know she doesn’t know that the woman he kissed was his co-worker, Lucy.

To be honest, it’s easy to see that Buck is truly not happy in the relationship and is staying in it for all the wrong reasons. As for Taylor, it’s difficult to imagine that anyone would not want to know their significant other had kissed someone else. They are both in this relationship for the wrong reasons and we hope for both their sakes, they will realize it’s better to just end things.

A major breakdown for a beloved character

The episode then ended with an intense breakdown for Eddie. After trying to get into contact with his former unit from the Army, he finds out that they have all recently passed away. Scared, upset, and all alone, he has a horrific breakdown, sobbing and smashing his bedroom with a baseball bat. 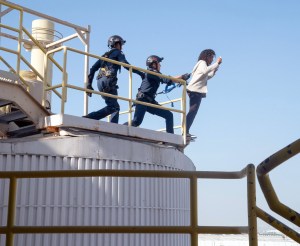 In his own room, Christopher hears his dad banging things and goes over to his room, but can’t get in. Instead, he calls the first person he can think of, Buck himself.

Buck immediately rushes over to the Diaz home, first checking on Chris before kicking his way into Eddie’s locked bedroom. He finds his best friend collapsed on the floor, his body shaking with sobs. He tells Buck his entire unit is gone.

Sometime later, Eddie waits as Buck gets Christopher settled into his room. The two have a conversation where Eddie opens up for the first time. He tells Buck that as part of therapy, he needed to talk with those who understood his trauma. Until he discovered the ones he saved had all died. For Eddie, this meant that despite pulling them from the wreckage of the helicopter crash, he didn’t truly save them. He tells Buck he’s afraid that he won’t feel normal ever again.

This was truly a heartbreaking sequence and actor Ryan Guzman knocked it out of the park. The entire final moments between himself and Buck solidified a journey they need to take together, especially since we know Frank told Eddie to talk to someone who had been there with him through his trauma. Eddie may have been trying to start with the first trauma.

But as we know, neither he nor Buck had ever discussed the shooting. It was a big moment for both of them and we know Buck didn’t feel like he actually saved Eddie. But now he can, while also being there for them.

Even though there were some things that made us wary about the episode, all in all, it was great to see the core family back in one place. Now, we just wait for them to truly come back together.

Let us know your thoughts on this episode of 911 on FOX, “Fear-o-Phobia.”

Watch 911 Mondays on FOX. Check out our social media for more content!