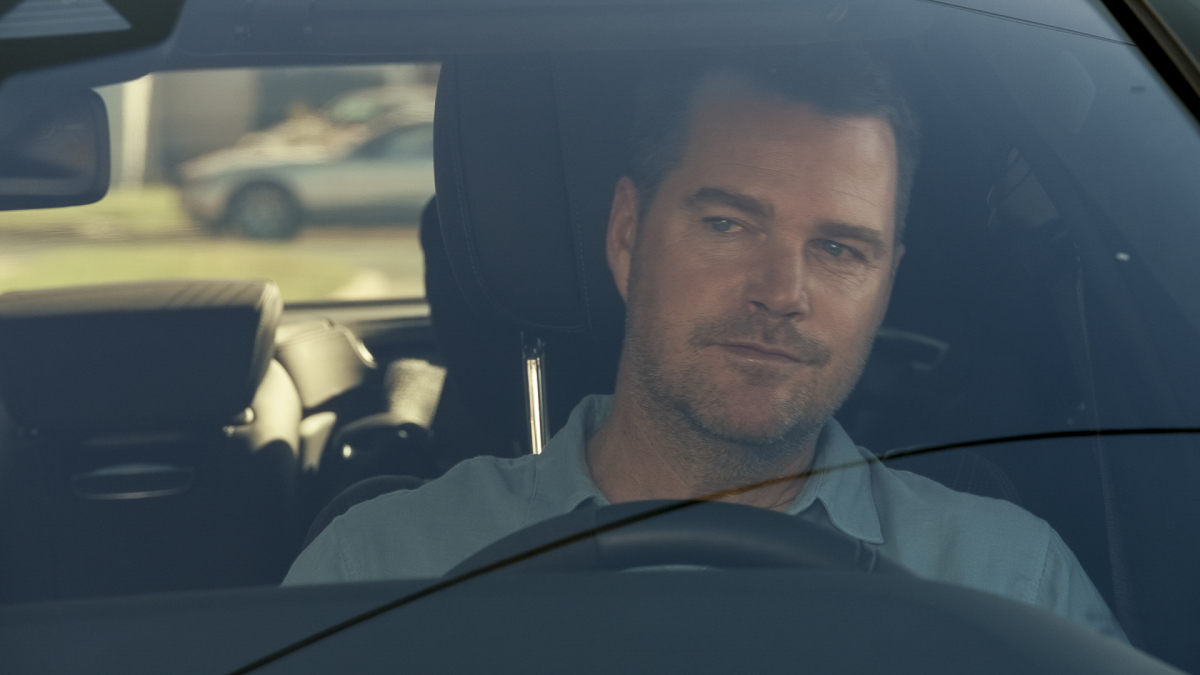 NCIS: Los Angeles had a special two-hour episode event, giving us a chance to enjoy our favorite agents for twice as long. In the first episode, “Bonafides,” Sam went back undercover while another storyline focused on a woman who stole Navy schematics. The second, “Pandora’s Box,” found the team looking into stolen artwork that was connected to Katya Miranova. Let’s go over some key moments that occurred on NCISLA.

NCISLA 13×13 shows the complicated side of undercover work 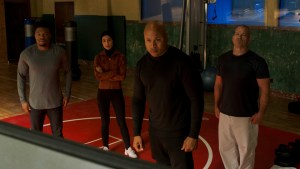 During “Bonafides,” we saw the return of Lance Hamilton, who comes to the team after an ATF agent is killed. A notebook he had of a list of corrupt agents was stolen and there is evidence the person involved is a man named Percy Vander.

Sam had a connection to Vander in the form of an alias named Switch. Based on conversations with Lance and Admiral Kilbride, it’s obvious Switch was very close to Vader. But he may be behind the murder of an agent and they need Sam to look past that.

While Sam is in the middle of his case, Rountree, Fatima, Kensi, and Deeks are on their own case. They are looking into a woman named Ryan Logue. She is suspected of trying to sell stolen Navy schematics on the dark web. We like to see the team working on separate cases and how they work on different cases.

In the course of talking with Vader, Sam attempts to play as though he wants in on Vader’s plan concerning the notebook. Unfortunately by now, Vader has already figured out who he really is and feels a sense of betrayal. Sam tries to talk him down. However, Vader purposely puts himself in a position where Lance shoots him.

It was interesting to see how being undercover became a complication for Sam. As much as the job may be the focus, it’s hard to ignore the bond that can form, even if it was through deceptive means to work a case.

Learning more about Callen’s past on NCISLA 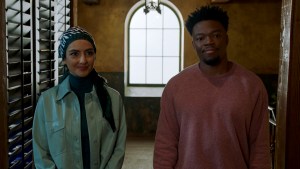 You may be wondering, what about Callen? We actually saw him spending the entire episode in his car, following an older woman around. It turned out she was his last foster parent before he came into Hetty’s care. They had a special relationship and he was genuinely devastated to leave.

“Pandora’s Box” followed up by focusing on a break-in at an art gallery. A delivery driver used a fake delivery in order to hide three men who stole countless art pieces, including the contents of a safe belonging to Katya Miranova.

Kensi uses a contact in order to find out who may have orchestrated the break-in. Even though Katya may be connected, the team finds out the suspect is an older man who sounds French.

They obtain information on a man named Gerard DuPont, who has been in trouble before for burglary. He supposedly has been in the area to be home for his family, but now it looks like he is back to his old deeds.

Fatima and Callen find DuPont, who claims he is the middle man for Katya in the theft. It looks like Katya wanted the contents of her safe brought back to her, but they made it look like a robbery by taking other pieces.

Callen goes with DuPont to a discreet location for a private viewing of the stolen artwork. However, it turns out to be an auction and it will make it harder for the team to get the artwork back. In the ensuing chaos after Callen and DuPont try to leave, DuPont actually does escape.

A disturbing detail of the Noble Maidens 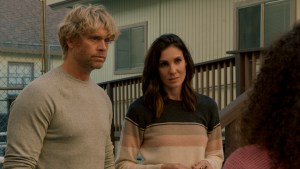 Callen finds out that Katya’s items are not up for auction and he finds them inside a crate. Later at the office, he uses a projector to watch the film reel he found. He discovers footage of young Noble Maidens beating one girl in an effort to make her strong enough to withstand pain. This reminds Callen of a similar method he went through as a kid. In flashbacks, he is putting a toy gun together.

This was a truly stunning aspect to discover about Callen’s childhood. It makes you wonder what Hetty had planned for him. And what will Callen say to her when, or if, he sees her again?

Despite what was happening in this episode, Kensi and Deeks had a moment of reprieve. They go to visit Rosa, the young girl Kensi had saved during her mission along the border. However, they find she is living with a relative.

Even though they didn’t get to see her, another girl Rosa was friends with comes to see Kensi and Deeks. She has a gift for them from Rosa and it’s clear she already looks up to Kensi. This is due in large part to Rosa. It was so amazing to see them interact with her so genuinely. We hope to see them do this soon with a child of their own.

The episodes of NCISLA that aired back-to-back were so fun to watch. We’re looking forward to seeing how the Katya arc plays out, especially since it has been ongoing for so long.

What did you think of these episodes of NCISLA? Let us know in the comments below.