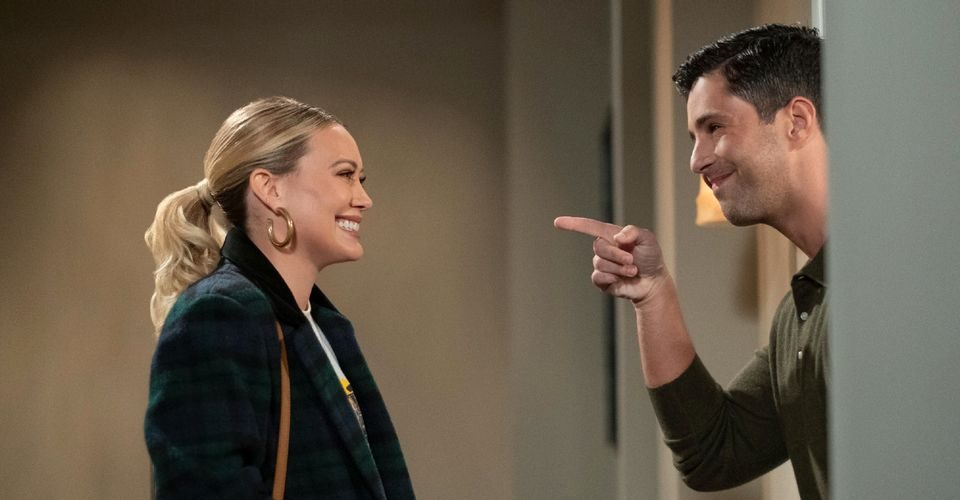 While this week’s episode of ‘How I Met Your Father’ didn’t quite live up to the quality of last week’s birthday-themed episode, it still was a step in a generally good direction. We got some great backstory for Sophie, as well as a plotline that makes me think Charlie may have the potential to be one of my favorite characters. However, I can definitely order the plots from most favorite to least favorite again. Keep reading for my ‘How I Met Your Father‘ 1×05 review!

“This Is The Worst Episode of Gilmore Girls Ever”

The central conceit of this episode is that Sophie has to deal with the realization that her mother Lori may not be the perfect person she thinks she is. Now, Sophie admits that her mother has flaws. She is flighty, flirts with everything that moves, and is one of the least dependable people ever. However, Sophie has always believed that when it came to relationships, her mother was just bad at picking men. So, when Lori comes to town with her new boyfriend Ash, Sophie has to grapple with the thought that her mother is just as responsible for her relationships failing. 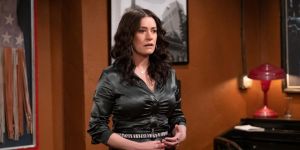 It’s a very standard “immature mom” plot that has been done over and over again. However, Lori is played by Paget Brewster, and it is always a delight to see her in a comedic role. I was hoping her path might cross with Drew at some point, since Josh Peck played Brewster’s son on the one-season show “Grandfathered.” It is fully possible I am the only person who remembers that show. Duff and Brewster have great chemistry together, and I’d be interested in seeing more of them.

It was also nice to see Valentina seem more grounded. Valentina’s inherent distrust of Lori really highlighted how much she cares for Sophie. She doesn’t want to see her friend hurt by her own mother. As the series progresses, the Valentina/Sophie relationship is the one that I find the most interesting. When Valentina sees Lori making out with Ash’s tour manager Brad and has to tell Sophie, it’s clear that it hurts her to disappoint her friend. However, she also wants Sophie to know the truth about her mother.

That one realization helps Sophie to take off the rose-colored glasses with her mother. She sees that Lori blew up her own relationships, which caused Sophie to have virtually no stability in her childhood. Future Sophie made the point at the end that she had to deal with her own parental issues before she could find peace in a relationship, which is true for everyone.

“I Have Found My Calling”

In the ongoing quest to make Charlie a relevant character outside of his relationship to Valentina, one of the main subplots this week centers around Charlie finding his purpose. With no applicable life skills, his options are limited. However, he has had a ton of therapy. So, when Jesse refuses to go see Lori’s boyfriend play at The Happy Idiot because that’s where his “proposal fail” happened, Charlie decides he is going to fix Jesse. It leads to a lot of jokes about exposure therapy. Charlie forces Jesse to watch the viral video, and it doesn’t go terribly. Then he gets him to return to the bar and even get back on stage. 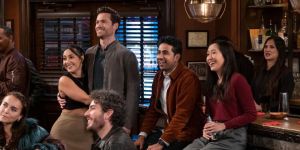 Although Jesse doesn’t quite perform again, he does make it off the stage without another viral video incident. Charlie tells Valentina all about his plans to be a psychiatrist until she bursts the bubble about how long he’ll spend in school. Ultimately, Sid hires Charlie as a bartender. He’ll still be able to talk to people and help them with their problems, and he’ll need no schooling. This is honestly the best possible option for him. When they don’t have Charlie in “rich idiot” mode, he can be very endearing. I think I’m finally turning a corner with liking Charlie.

And now into the plotlines I didn’t care for at all. Jesse is not the only one who has his trauma cured by Charlie. When Sid meets Sophie’s mom, he instantly freezes and gets weird. It turns out that Lori’s claim to fame was posing in a bikini for a poster. That’s the first image Sid ever masturbated to. However, it was way more traumatic than that. In a series of increasingly ludicrous decisions, Sid ended up accidentally murdering his hamster Slim Shady by shattering a lava lamp over its cage when he was trying to hide what he was doing from his mother.

Everything about this plot made Sid just look like an absolute moron. It also felt like it was structured around a punchline that wasn’t even funny. It’s only the fifth episode, so of course the writers and actors are all still trying to find the characterization. However, I really have no idea which Sid we’re going to get from week to week.

I did hate the Sid plot a lot. However, between my first and second viewing of the episode, I completely forgot everything about the Ellen plotline. When I did my rewatch, it was like it was a completely new plot to me. So, for being so utterly forgettable, I have to consider the Ellen plotline as my least favorite of the episode. Essentially, in the search for a fresh tomato, Ellen stumbles into a neighbor’s wake. There she meets Rachel, who may be the love of her life. Rachel is the granddaughter of the woman who died. Naturally, Ellen pretends to be the grandmother’s best friend. However, thanks to Charlie mixing up the elderly women in the building, Ellen believes Rachel may be a fraud in order to get the old woman’s apartment. 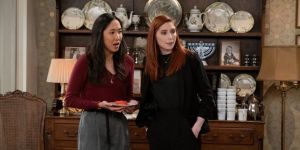 Five episodes into the series, Ellen’s main personality traits seem to be that she is a lesbian and a produce farmer. Last week did phenomenally with setting up Ellen’s relationship with Jesse, and it gave us a lot more information about who Ellen is as a character. However, this week is right back to where we started. I need to know something more about Ellen than that she likes produce. Please, tell me literally anything else about her.

Overall, this was a bit of a mixed bag of an episode. The main plot was strong and helped to further the story. We got some solid character development for Sophie, Jesse, and Charlie. They finally gave Charlie a purpose beyond just being Valentina’s boyfriend. I’m still struggling to figure out who Sid and Ellen are as characters, though. Find us on Twitter to share your “How I Met Your Father” 1×05 thoughts. Be sure to check out our site for more content!