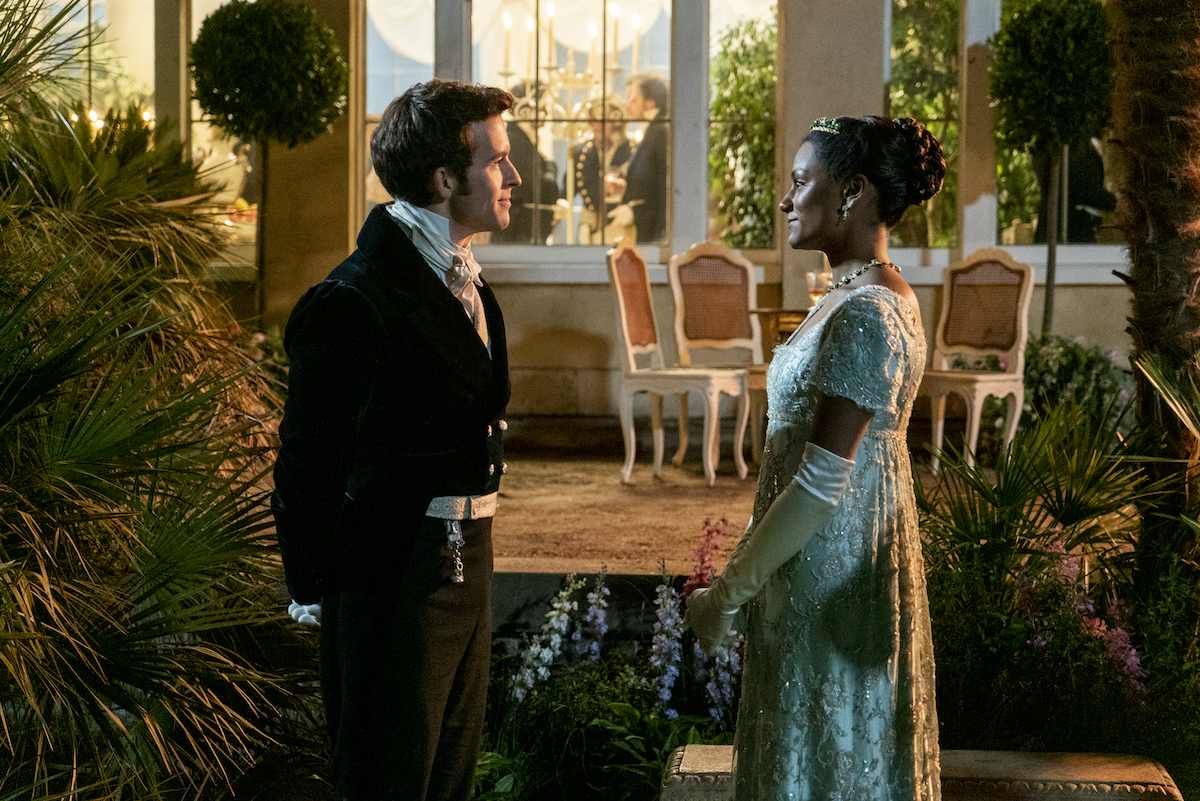 Dear readers, the second season of ‘Bridgerton’ is just under three months away, and we simply could not be more excited. Information about the upcoming season has been limited. Fortunately, the book it is based on has been sitting on my shelf, and there’s nothing that can warm me up faster on a cold winter day than a good romance novel. Let’s see what Julia Quinn’s The Viscount Who Loved Me offers as a ‘Bridgerton’ season two preview.

The second book focuses on Anthony Bridgerton, the eldest of the titular family. A capital-R “Rake” as Lady Whistledown describes him, Anthony has never shown any interest in marriage. However, he decides it is time for him to settle down and begin a family. He sets his sights on that year’s “diamond of the season,” a young woman named Edwina. He attempts to court her, but he quickly realizes he’ll need to win over her sister Kate first. If you’ve ever consumed any sort of material in the romance genre, you can guess where we’re going from here.

Where the first season gave us the always delightful fake dating trope, Anthony and Kate are going to take the classic “enemies to lovers” approach. The first clip released from the season highlights this. From the outset, Kate detests Anthony. She finds him arrogant and misogynistic, which isn’t an unfair assessment of him. Under no circumstances would she ever allow her treasured younger sister to marry him. 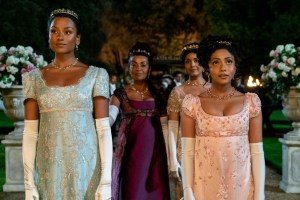 There are already a few known differences for the purpose of the television show. The Sheffield family has been renamed to the Sharma family, as the characters are now of Indian descent. In the book, Kate is already a part of the London social circle. The show is introducing her family as new to the town. Kate’s fiery personality is fully intact, and I’m already in love with Sex Education’s Simone Ashley’s portrayal of her. The first half of the novel has plenty of scenes with her and Anthony going back and forth with witty repartee. There are some particularly thrilling barbs traded during a croquet match.

There will be plenty of parties and dance scenes throughout the season. I expect they’ll be downsized a bit due to Covid restrictions, but the social scene will be abuzz. Assuming they stick somewhat close to the source material, the episode with the party at the country house will be particularly delightful. Not only does that section feature the aforementioned croquet match, that is also when we’ll get the full switch from enemies to lovers.

“The Rest of the Family”

As the eldest of the eight Bridgerton siblings, Anthony will have plenty of interference and teasing from his younger siblings. Phoebe Dyvenor will be back as younger sister Daphne. However, don’t expect to see her incredibly hot husband Simon Basset. Regé-Jean Page will not be returning for the second season, presumably because he has several other major projects in the works. Simon was only mentioned in a couple scenes in the novel, so Page definitely made the right choice to go after those bigger paychecks. We will still have plenty of fun with Benedict, Colin, Francesca, Gregory, Hyacinth, and my favorite, Eloise. 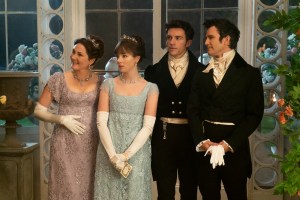 Kate may only have one sibling, but Edwina is an absolute delight in the book. She’s intellectual and frequently has her nose stuck in a book. All she’s looking for in a husband is someone who can keep up with her academically. My nerdy little heart adores that. She also has a few scenes in the novel where she joins forces with Eloise to torment their older siblings.

Since so much of the novel focuses on the romance between Anthony and Kate, there’s not a lot to discern about the plots for the other siblings. I look forward to more in the eventual Colin/Penelope romance. Eloise and Penelope will probably continue to be my favorite characters with their sarcastic take on all of society. Since Penelope was revealed to be the author of the Whistledown papers, I am certain we will get more of a glimpse into the inner workings of that.

“The Overwhelming Specter of Death”

In addition to both being the eldest sibling, Anthony and Kate are both dealing with the long-term effects of a parent’s death. In Kate’s case, her mother died when Kate was around three or four years old. She also lost her father recently. The first season mentioned Anthony’s father Edmund Bridgerton and alluded to his death from a bee sting.

Based on the novel and the casting of Rupert Evans as Edmund, we will almost certainly see that death play out on screen. We should hopefully get some adorable father/son moments between Edmund and Anthony. Anyone who read my recaps of ‘Charmed‘ knows I am a huge Rupert Evans fan, so I am extremely excited for those flashbacks, even if they will devastate me. 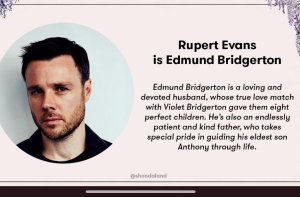 Edmund’s death has completely impacted the way Anthony lives his life now. He is extremely aware of his own mortality. This colors the way he thinks about marriage and eventual fatherhood. He just assumes he will not outlive his father. It is going to be interesting to see how that overarching theme of grief plays out in a Covid world, as it feels like all entertainment is about the impact of grief right now. Or perhaps that’s just the content I’ve been consuming.

Regardless, the way Edmund died also has a big impact on the way Anthony and Kate become engaged. It has a few too many similarities to Daphne and Simon’s engagement in season one, so I’m hoping this is where they will start to stray from the source material. It was paper thin in the book, so I think the show could probably set it up a lot better. Kate also becomes very similar to Daphne once the marriage occurs, so I again hope the show writers make the story their own.

The entire second season of ‘Bridgerton‘ drops on Netflix on March 25. Get ready for some steamy romance, outstanding costumes, and plenty of intrigue. We’ll be recapping the season episode by episode, so check back once it all drops! Find us on Twitter to tell us what you’re most excited for in season two. In the meantime, be sure to check our site for more content!