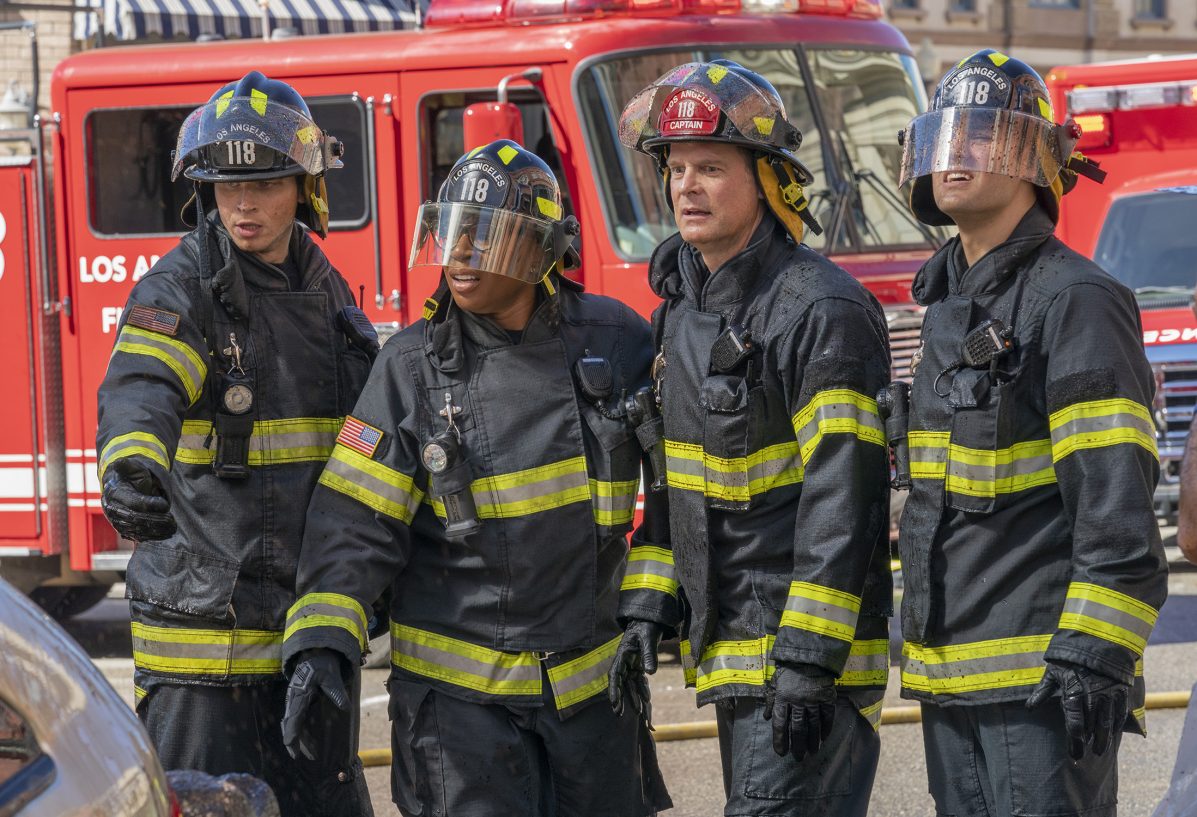 911 returned after a two-week break and it was a cute episode that left us feeling sappy over some couples while simultaneously having mixed feelings about others. After a season full of drama and angst, it was nice to see an episode that focused on the characters enjoying themselves in various ways. Let’s go over what happened on 911 5×09.

Bathena is spicing it up 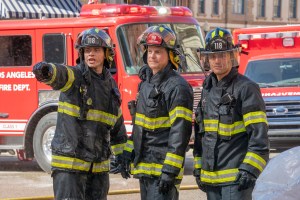 Bobby and Athena have always had a fun relationship, and it’s shown in this episode they are not afraid to explore in the bedroom. Of course, one person who could have gone without knowing any of this is May, who comes by to pick up her mail and finds them in the middle of role-playing. We’re sorry you had to see that, May, but you have to admit, they are adorable!

We also were introduced to a young woman named Gabi, who was in the middle of her driving lesson. Of course, it doesn’t help that her instructor, Chloe, is very pretty and Gabi is very single. Unfortunately, things take a bad turn and they end up driving into an oil well that cracks open from the street.

While the 118 works on getting them out of the car, dispatch helps Gabi keep Chloe from bleeding out. By the end of the episode, Gabi is at Chloe’s bedside in the hospital and it looks like something is brewing between them. That’s what we love about 911 is that they will introduce us to characters we love to get to know and will miss! 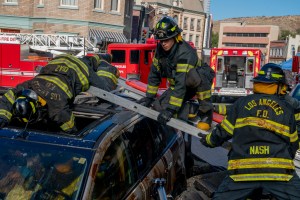 Hen’s mom, Toni, also made a reappearance when her daughter helps a man from her past after he is injured while working on his car. Clive Wexler remembers Antonia well, at first mistaking Hen for the woman. Realizing that there is history between them, Hen tries to get them together. However, when it doesn’t work, Hen goes to talk to her. She discovers Toni and Clive had an affair while she was married. She was going to run away with him when she found out she was pregnant with Hen. So she decided to stay in the marriage even if she wasn’t happy.

Even though her mom didn’t like her meddling, Hen still at least gives her Clive’s number. Seeing Toni so happy and enjoying herself with a long lost love was so sweet and great to see.

This episode also delved more into Buck’s girlfriend, Taylor’s, past. After worrying over how distant she is being, Buck thinks she is breaking up with him. After some advice from the team, in which they remind him that Taylor is not Abby or Ali, Buck gets Taylor to talk to him. He finds out that her dad has a parole hearing coming up, in which he is in prison for killing her mom.

Buck wants to help Taylor out and be there for her, but she doesn’t want him to go with her to Oklahoma where the hearing is. Despite this, Buck goes to see her to support her anyway. He is actually amazing this episode, being a great boyfriend and supporting her. Like Bobby told him in Season 1, he’s making an effort to step in and be there with her while she goes through this.

Where is Buck’s head when it comes to his romantic life?

There were some things that felt off with them though. For one, it seems like Taylor didn’t trust Buck enough to be there for her. Sure, she may have appreciated him being there for her. But there wasn’t much communication until Buck pressed her for it. And while Buck once said he no longer wanted to chase anyone, he did that here. Granted, he was trying to do the right thing and support her despite her not wanting him to come.

Plus, their first I love you’s seemed off as well. Even when Buck replies to her, it doesn’t feel genuine. In addition, in a scene in the firetruck, at the idea of his relationship ending, Buck didn’t seem upset about things ending with Taylor specifically. He just seemed resigned that his life was taking the same pattern as before.

Does Buck want to be with her? Yes, he wants a relationship and always has wanted to have someone he can come home to and be with. But wanting something is different from feeling it. It seems like there is a subtle look into Buck’s feelings in this scene. He doesn’t seem as happy after he says the words back to her. He might be enjoying time with her right now and he wants to be there and support her. But if he is not actually having those feelings, is he truly happy? We hope he sees that his own happiness is worth it. He does not need to just be in a relationship for a relationship’s sake.

All in all, 911 5×09 and the glimpses we got into the character’s backgrounds were fun to see in some aspects. Next week will be the Christmas episode and midseason finale before the winter hiatus. We’re not ready! Let us know your thoughts on 911 5×09 below!