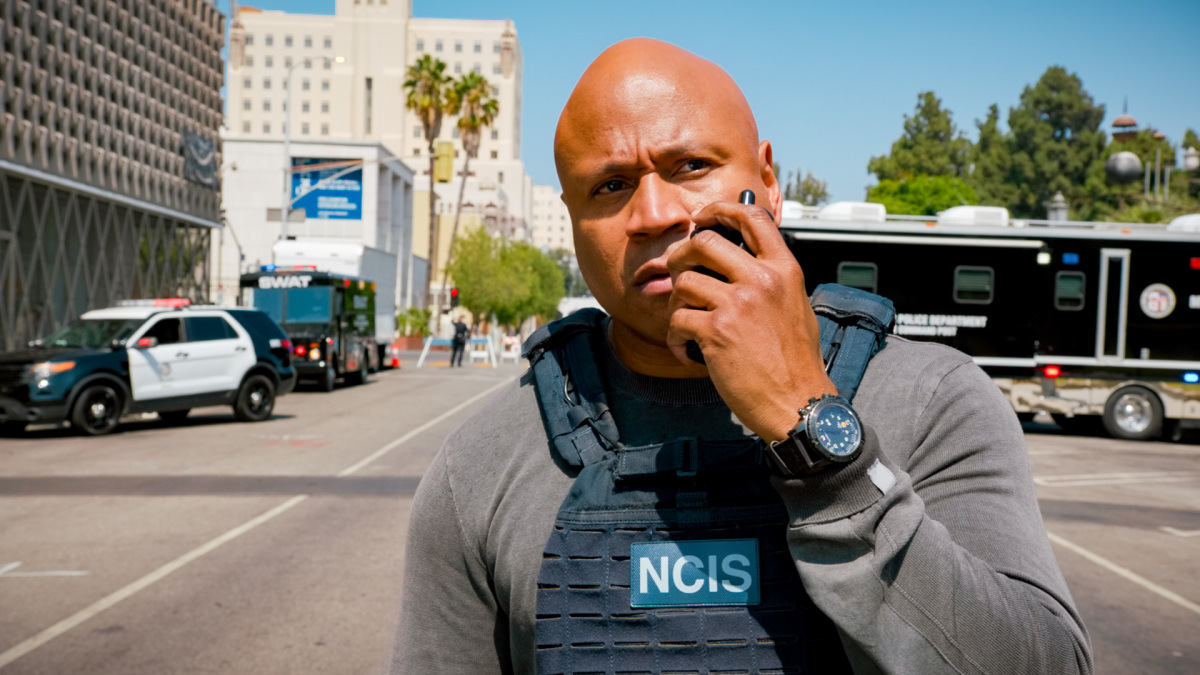 NCISLA has yet another episode that really hit it out of the park when it came to messing with our emotions. In this instance, “Sundown” found the team racing a clock to investigate the death of former Marine Corporal Kyra DeMayo. After being dishonorably discharged, she spiraled before eventually committing suicide. However, her father, Gary, believes her death was a homicide. Find out our thoughts on NCISLA 13×06.

NCISLA 13×06 puts the team in a race against time 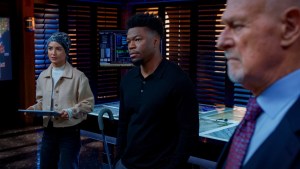 To kickstart an investigation, he holds a bus full of passengers hostage with a bomb, ordering the authorities to clear his daughter’s name by the end of the day. The team works together to find out what happened to Kyra. From what they can see, a group had infiltrated the base where Kyra was working and stole a cache of weapons. Kyra had supposedly fallen asleep and drugs were found in her system.

Callen and Deeks speak with Kyra’s mother to find out more about her daughter. She brings them her journal, where the name Lawrence Kerr jumps out at Callen. They learn he works for a company involved in HVAC. While working in Afghanistan, Kyra was also deployed.

The team learns that while Kerr’s boss organized the burglary of the weapons and planned on drugging the guard so they can get in, Kerr didn’t know Kyra was the one on the job. She had filled in for someone else. Kyra was, in fact, drugged that night and in her drugged state, she tried to stop the theft.

The truth is hard to swallow 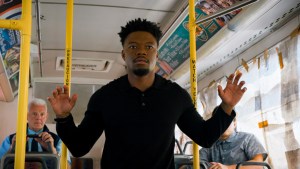 Kyra was so distraught over what happened that she did buy the weapon from a pawnshop to take her own life. The investigation finds that she was framed when it comes to the drugs. As for her death, it’s not a homicide.

With this knowledge, Sam and Rountree work together to bring Gary off the bus. Unfortunately, before they can, Kerr’s boss opens fire on the bus to try and kill Gary so no one will find out what he did. Luckily, Callen gets help from Kensi to stop him.

Kyra receives a posthumous medal to honor her attempts to stop the theft. Plus, she receives an honorable discharge. In addition, they will honor her with a military funeral. This was a difficult case to see, but knowing Kyra got justice, in the end, will hopefully help her parents to heal.

Rountree stepped up in this episode, taking on a role as a reporter to infiltrate the bus in order to get a wounded off-duty officer off the bus. We love getting to see him take on more roles on the team that showcase his abilities as an agent.

Some storylines just need to pick up the pace 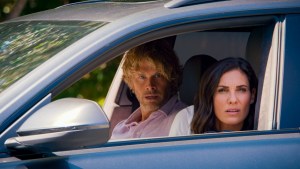 We also saw Kensi and Deeks continuing their discussions on becoming parents. Now, it’s understandable that these things take time. But it feels like they are going around in circles when it comes to this arc. At some point, we’d like to see them actually become parents and not just talk about it.

Overall, this was a pretty good episode and I liked it. One of my favorite parts had to be when Deeks made Kensi laugh before their adoption informational session. It was obvious that he was trying to make her feel better about things and that’s one of the things we love about their relationship. Also, can we talk about Callen telling Deeks he would have loved having them for parents as a foster kid? These relationships between the team members just make us so emotional.

Let us know your thoughts on NCISLA 13×06 in the comments below! Find us on social media for more content. Check out our previous recaps here.