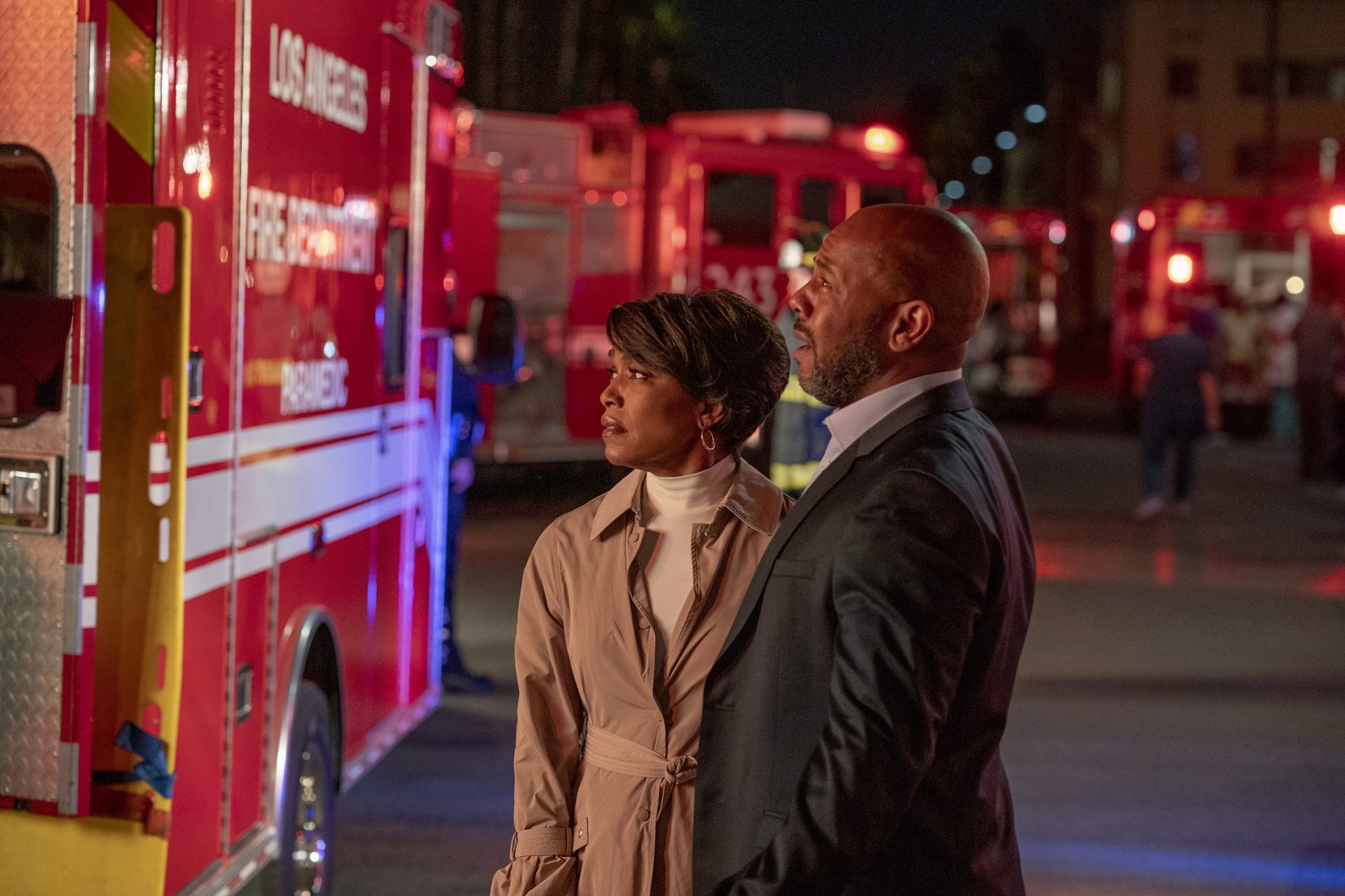 9-1-1 always manages to bring us in when we least expect it. In the episode “Defend In Place,” we got to see more of Michael and David’s story in a way that seemed to be a goodbye of sorts? We’re in denial about this at the moment, but suffice to say the episode was so good and we were hooked for every single second. Find out what happened in 9-1-1 5×08.

Michael plans on proposing to David, a move that came after his boyfriend announced he was going to Haiti to help in relief efforts after a natural disaster. It wasn’t an impulsive decision, but one born of never wanting to be without him. We have not gotten to see much of their relationship, but it is obvious they both love each other and we’re so excited for them!

Of course, the plan to propose goes awry when an explosion at the hospital leads to a rapidly spreading fire. During the fire, David is in the middle of brain surgery. Since the fire began in the maternity ward, which is opposite the oncology ward, he continues with the surgery. It shows just how dedicated he is to his patient and his fellow staff refuses to evacuate without him.

The episode also saw Buck and Eddie working together, first to save infants in the nursery, and then a pair of siblings. A little boy, who inadvertently caused the initial spill of flammable liquid that started the fire, was going with a nurse to watch over his newborn sister when the explosion occurred.

A miracle occurs for two firefighters 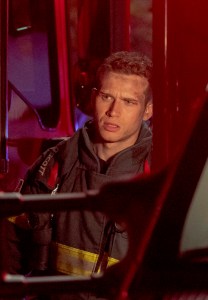 Parker calls 911 and believes he is in room 318. However, when Buck and Eddie rush to the room, they find it is up in flames. Eddie is devastated over not being able to save them and Buck consoles him the best he can. He knows right now, they need to keep working to save who they can. But it is clear Eddie is holding a lot back emotionally, as he has been throughout the last few episodes.

Thankfully, Parker calls 911 back after being disconnected and Eddie realizes that he read the reflection on the glass door of the room he was in. The two firefighters rush back into the building, quickly saving Parker and the baby. This is a relief to Linda, who takes the call after Claudette became overwhelmed at possibly losing two children.

While our favorite guys worked together, we also saw Hen and Ravi teaming up to continue evacuation efforts. A cancer survivor, Rupert, refuses to evacuate until he finds the nurse who had helped him during his chemo treatments. Once they find her and are about to leave the area, Rupert realizes the ceiling is caving in. He makes sure the three of them escape and is killed when the collapse occurs.

We learn more about our favorite probie

After Ravi reads the nurse Rupert’s note he wrote to her, he reveals to Hen that he survived childhood cancer. He understood Rupert did not want to leave the people who helped him during his difficult road to recovery. We love learning about Ravi and to know this new side of him just gives us more appreciation of his character and growth as we have gotten to know him. Plus, this might be something he bonds with Buck over, seeing as Buck lost his own brother to childhood cancer.

Even though the hospital has been largely evacuated, Michael is still distraught to see that David is not outside. Athena, who had arrived at May’s behest, gets Bobby’s attention. Realizing Davis is still inside, Bobby goes inside to get David to leave.

In an effort to get David to evacuate, Bobby tells him his husband is waiting. Normally, we’d be perturbed that he ruined the proposal, but in this case, we’ll give Bobby a reprieve. When David tells him he needs more time, Bobby calls for all units to help him defend in place. Buck, Eddie, Ravi, and Hen are among the firefighters who come to their captain’s aid, helping to hold the fire back as long as they can so David can finish the surgery. 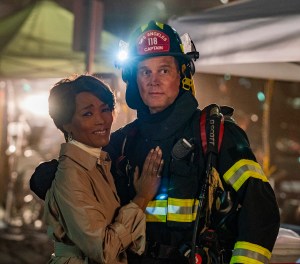 David makes it out and has a heartwarming reunion with Michael. Before Michael can ask, David accepts his proposal. It was such a beautiful scene to see amidst the chaos. Of course, we then find out Michael plans on going to Haiti with David. This means that we will no longer see actor Rockmond Dunbar on the show.

Does this mean he is leaving the show permanently? We don’t know, but at least he wasn’t killed off. This gives his character a chance to come back. Perhaps for a wedding between Michael and David?

Update: It has since been confirmed, as per Deadline, that actor Rockmond Dunbar chose to leave the show due to religious and medical views regarding the vaccine. Nonetheless, we hope to one day see Michael and David again.

All in all, 9-1-1 5×08 was an amazing episode. The focus on the case and the team working together, but separately, just brought us back to the thing we love most about the 118. They are there to save as many lives as they can and they do the best they can in the circumstances they are in.

There won’t be a new episode until after the Thanksgiving break, but we look forward to their return! What was your favorite part of 9-1-1 5×08? Let us know in the comments below.

Watch 9-1-1 Mondays on FOX. Find us on social media for more content!