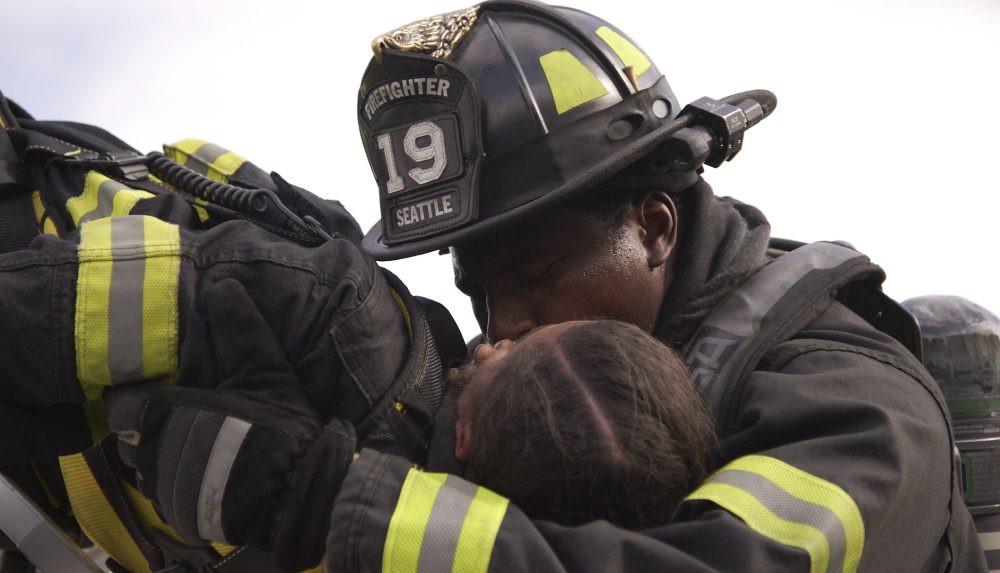 Unfortunately, I come to you yet again to eulogize a character who did not need to die, one whose death felt unearned and unnecessarily traumatic. This will also very likely be my last ‘Station 19’ recap, as I do not know if I want to keep watching the show. Coming out of season four, I was very excited. I looked forward to seeing Dean heal from the multiple traumas he went through last season, and I wanted to see him change the world through the Crisis One program. This week’s episode changed everything, and it was not at all for the better. Keep reading for my ‘Station 19’ 5×05 review.

The time jump between seasons four and five was a necessary one. However, it was an incredibly frustrating one, for multiple reasons. For the sake of this review, I’m focusing solely on how it impacted Dean’s storyline. Dean just spent a season grappling with the lawsuit against Seattle PD. Then they settled the lawsuit, and Crisis One was a successful program. That’s great, in theory. As a viewer, I felt robbed of watching him build to that success.

The show traumatized Dean so much last season. There was the police brutality storyline, but there was also the episode where he nearly drowned. And while less traumatic, the unrequited love with Vic was another obstacle for his character in finding happiness. There’s no denying that trauma and pain can be interesting for character development, especially when you have an incredibly talented actor like Okieriete Onaodowan. However, when there is nothing but trauma, it feels relentless and punishing.

In the first couple of seasons, Dean smiled. He got to be happy. At the beginning of the series, he was a bit immature. I remembered the season one episode where he nearly got multiple people killed because he was hungover and made a mistake. He got to grow from that, though. He became a loving father to Pru, and he morphed into this even more amazing man.

After season three, it felt like everything changed. Dean became the emotional punching bag. He wasn’t alone in that. It seemed they subjected everyone to endless trauma last season. It felt particularly egregious for Dean to suffer so much trauma, though.

A lot of Dean’s trauma felt like it was a response to “the way the world was going.” In the aftermath of the George Floyd murder and the attention to Black Lives Matter, the show made Dean the face of racial trauma. That is relentless to watch as a viewer. I can only imagine what that must have felt like to ask Okieriete Onaodowan to endure that as an actor week after week.

It was one thing when it felt like the police brutality storyline was building towards Dean changing the way Seattle responded to nonviolent emergency calls. It shouldn’t have fallen to him to change that, but it also showed how much Dean grew and matured over the series.

This episode had the perfect exit for Dean. He was offered a job in Oakland to continue to expand Crisis One. It felt sudden and unearned because we didn’t get to see the beginnings of Crisis One. However, it would have been a beautiful ending to his storyline. Would I love to see Dean and Vic as a happy couple, raising Pru together and being amazing? Absolutely. I will never hide the fact that I shipped Dean and Vic as a couple. It would have meant more to me, though, to see Dean live. It would have been more meaningful to have Dean as a successful Black man unapologetically changing the world. 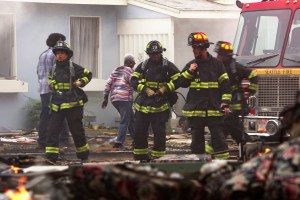 Instead, Dean was unceremoniously killed. He was simply near an explosion. While he was able to save Vic earlier in the episode when she was electrocuted, that also felt demoralizing because she then told him she loved him like a brother. The episode ended with Dean flatlining while Ben and Jack tried to resuscitate him.

“The Problem With The Crossover”

The crossover aspect was a huge issue for this set of episodes. We cut from Dean flatlining into Meredith trying to solve Parkinson’s in Minnesota. It was such a tonal shift that it felt like emotional whiplash. I’ll be honest. I couldn’t tell you what happened in the first 20 minutes of the ‘Grey’s Anatomy’ episode due to being in shock. It wasn’t a shock where I was excited to see what would happen next. It felt more like I wanted to vomit and had a giant pit in my stomach.

Dean deserved more than having his death shoved into a ‘Grey’s’ episode. This is an ongoing problem with the ‘Station 19’/’Grey’s’ crossovers. If they’re going to treat it as an extended two-hour episode, the tone of each part has to match. They can’t leave a character in peril and then 30 seconds later, they have Meredith flirting with Scott Speedman. Quite frankly, it feels insulting to the character in peril.

That’s how every single part of the ‘Station 19’ scenes on ‘Grey’s’ felt. They were insulting to the memory of Dean, and they were insulting to the people who loved him, both real and fictional. The scene with Travis telling Vic about Dean’s death should have been incredibly powerful. Instead, we got the first part of it, and then it cut away to Ben and Bailey talking about Pru. That was another conversation the audience deserved to see, but not for the sake of Vic’s reaction to Dean’s death. 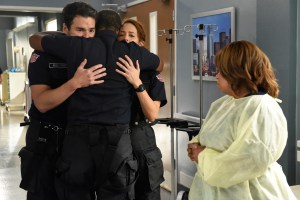 As I sat there watching, the overwhelming thought I had was “I want this to stop.” I was on the ride, and I was looking for the exit. That is a complete failure of an episode. I have an incredibly high threshold for despair. I love shows that will make me cry, but it has to be earned. None of this was earned. Dean’s death didn’t make any narrative sense. It felt insulting to the way Dean grew as a character. It felt like the message of Dean’s entire character arc was “Sometimes people will suffer, and then they’ll just die.”

I am fully aware this is a show about firefighters, and firefighters sometimes die in the line of duty. We have been through that with characters before, and we will certainly go through it with characters again. However, this is also a show about a workplace. People can just leave jobs. They had the perfect setup for that to happen. Instead, they killed Dean for needless shock value.

This will trickle down to all of the characters. Vic knew Dean loved her. Instead of getting to see any of her happiness with Theo, we will see the angst of her dealing with Dean’s feelings for her. Ben and Bailey are preparing to take Pru in as their own. Instead, they will likely fight with Dean’s parents over custody. Instead of seeing any of the happiness after last season’s traumas, we will just see the new traumas.

In just five episodes, the show has changed from something which I genuinely looked forward to every week to something that feels punishing. When I think about watching another episode of it, it feels like misery. It feels like a complete failure of a show because if they’re going to do this to a beloved character like Dean, then I don’t want to get attached to anyone else. There is enough death and despair in the world. That death and despair is frequently meaningless. I don’t need to watch that on television, too. 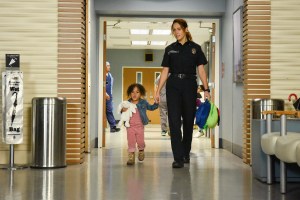 Instead, I choose to imagine a world in which Dean lived to old age. I imagine a world in which he turned Crisis One into a successful program that was adopted by cities across the country. I imagine that he traveled the country using his business acumen and first responder skills to revolutionize the way mental health crises are treated. He raised Pru to be a successful and loved young woman. If he couldn’t make things work with Vic, then he found someone who loved him dearly, and they built a family together. This is the life that Dean Miller deserved to live. This is the life that the viewers who loved him deserved to see.

I do not know what my personal relationship will be to ‘Station 19’ from here on out. I know I don’t want to spend hours a week recapping episodes and delving into the storylines. There are characters I still care about. Honestly, I care about all of the characters. But I completely distrust the writers to write a satisfying ending. How are you feeling after this episode? Find us on Twitter to share your ‘Station 19’ 5×05 thoughts. Be sure to check out our site for more content.