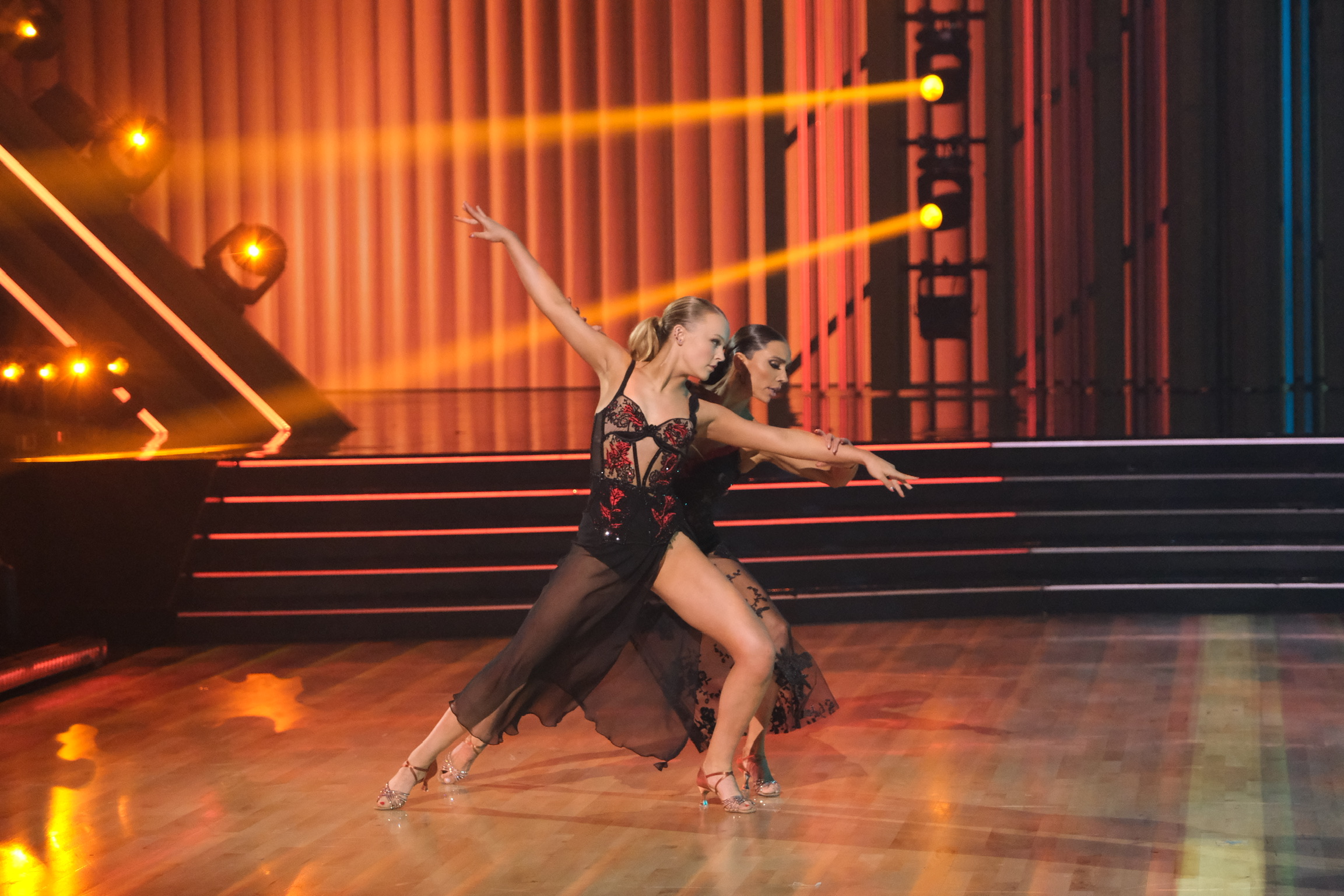 DWTS Janet Jackson night was absolutely phenomenal! In a night filled with tribute performances to the icon herself, every celebrity put their all into their dances. Plus, in addition to performing one dance solo, they also took part in a dance-off with another couple.

We also got to see Season 29 winner Kaitlyn Bristowe perform as well. In fact, she will be joining the DWTS pros when they go on tour! So this was a way of welcoming her into the fold!

Of course, nothing could end without an elimination. But this week, we saw two couples leave right before it was time for the semi-finals. So who made it and who went home? Let’s find out what happened on DWTS Janet Jackson Night.

DWTS Janet Jackson Night kicks off with a bang 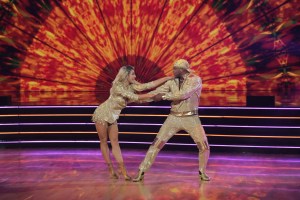 Jimmie and Emma started off with a beautiful Cha Cha to “Escapade.” It was clear they did their best with the dance and their scores reflected this with a 32/40. Up next were Suni and Sasha with a Samba set to “All For You.” After suffering an undisclosed illness, Suni came back stronger than ever to earn a perfect score for her routine.

There were plenty of amazing dances and Artem and Melora were certainly part of this. Their Paso Doble to the song “If” also earned them a 40/40. Olivia and Val followed suit with an Argentine Tango to “Any Time, Any Place.” Their dance earned them a 36/40.

Cody and Cheryl were next with a Paso Doble to “Black Cat.” He did so well that one of the judges even commented that Cody practically upstaged his partner! They received a 38/40. Another couple who came back strong was Amanda and Alan, who wowed the judges with a Jazz routine to “Miss You Much.” After getting some harsh critiques last week from Len, they got positivie feedback this week and got a perfect score for the night.

The couples performed two dances ahead of the semifinals 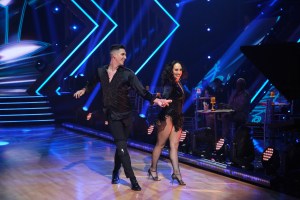 Iman and Daniella were next, dancing the Cha Cha to “Rhythm Nation.” While certain judges may have felt like the Cha Cha was not as present, it was still a captivating performance we all enjoyed watching. Their score was 35/40. Finally, JoJo and Jenna ended the individual performances with a Salsa to “Feedback.” They did an amazing job as well and received a score of 39/40.

The dance-offs were next, with Jimmie and Emma dancing a Salsa against Suni and Sasha to “Made for Now.” Bruno was the judge who voted on who would get the two extra points to add to their total score for the night. In the end, after amazing performances from both of them, Suni got the points.

JoJo and Jenna teamed up against Olivia and Val to “That’s The Way Love Goes” with a Rumba. It was up to Carrie Anne to award the points and she chose JoJo and Jenna, who truly did a great job.

Melora and Artem and Iman and Daniella faced off with a Foxtrot to “Again.” They both did so well, but in the end, their judge Derek chose to give the points to Melora.

Finally, Cody and Cheryl, and Amanda and Alan danced the Cha Cha to “Together Again.” They both also did so well and Len chose to give the two extra points to Amanda.

Goodbye is the hardest word 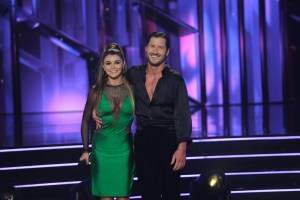 Next, it was time to say goodbye to two couples and this is always the hardest part. It was a double elimination as well, meaning that two people would leave while six celebrities moved on to the semifinals. The first couple to be eliminated were Olivia and Val.

This meant the bottom two couples were Melora and Artem and Jimmie and Emma. In the end, the judges voted to save Melora, meaning Jimmie was eliminated. We are going to miss Jimmie so much and we wish him all the best!

Semi-finals are upon us and now we are this much closer to finding out who will get that Mirrorball Trophy. Let us know who you think has a shot in the finals! Tell us in the comments below who you’re rooting for! Follow us on social media for more content!