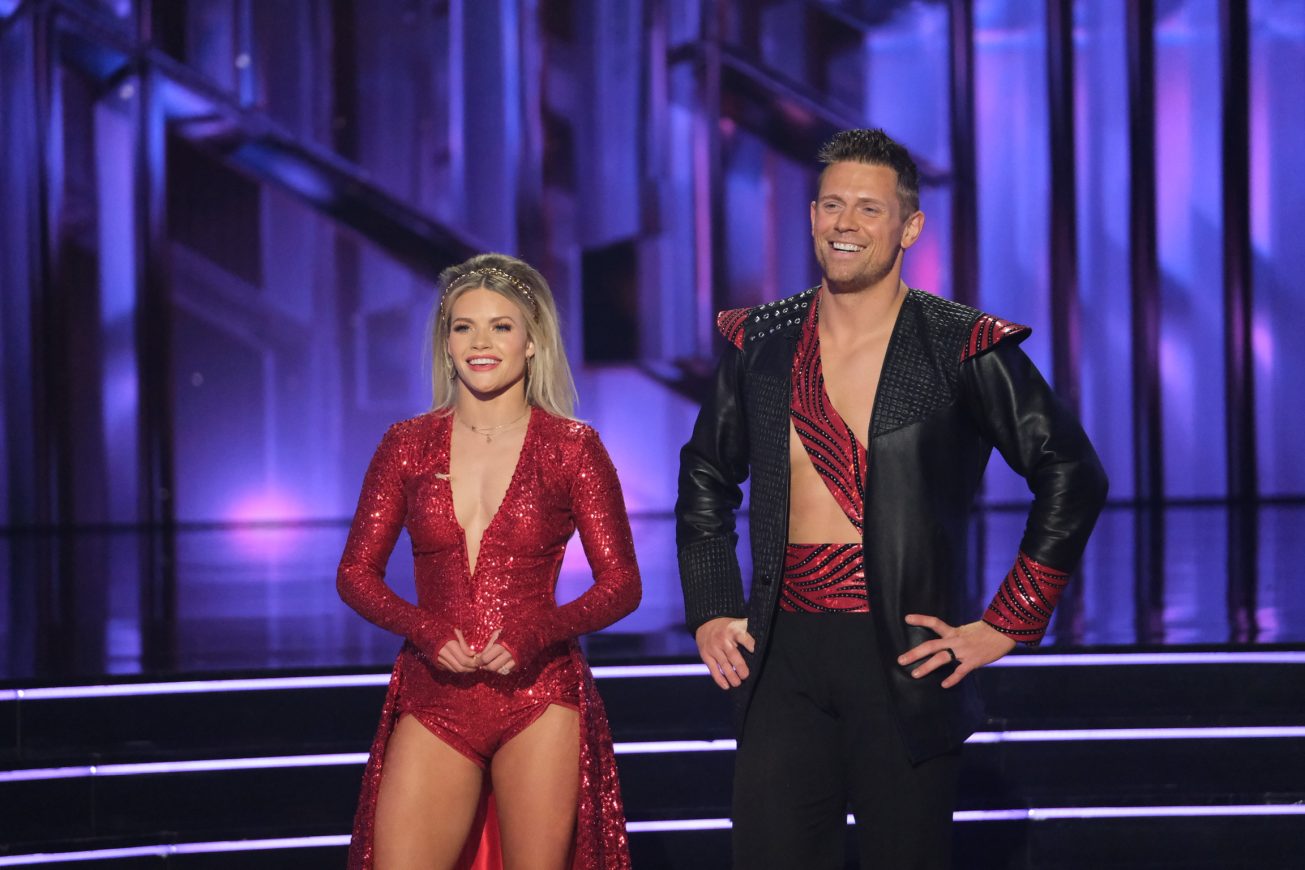 DWTS episode 30×08 for “Queen Night” was a dream come true for many of the celebrities who got to dance to the hit songs from a spectacular band. In honor of Freddie Mercury and the band that continues to rock us all over, the celebrities and their pros danced to songs such as “We Will Rock You” to “Killer Queen.” It seems like as the competition goes on, the judges are getting stricter and a bit harsh with their critiques,

However, despite this, each couple did an amazing job, especially when they had to do two dances. That’s right, after their first individual dance, they all took part in group relays. Paired off in groups of three, they performed a dance based on previous dances they have performed well. But before we go into that, let’s see how they did for their individual performances.

DWTS 30×08 finds the celebrities celebrating the magic of Queen 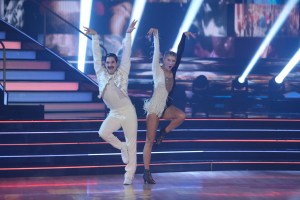 Up first were Amanda and Alan, who danced a Jive to “Don’t Stop Me Now.” Unfortunately, they did get some major critiques from the judges. But we thought they did an amazing job and we loved every second of their performance. They got a 33/40 for their efforts.

Next were Olivia and Val, who impressed the judges with a Quickstep to “Fat Bottomed Girls.” Olivia, while a controversial figure, has done really well in the competition and she came back hard after being in the bottom two beforehand. Their score was 38/40.

Iman and Daniela danced to “Another One Bites The Dust” with a Paso Doble. They did an impressive job and it was obvious Iman was doing his best not to dance down to Daniela like he had before. Their score was 32/40.

Jimmie and Emma followed with a gorgeous Vienesse Waltz to “Somebody To Love.” They did a great job and he was praised for growing so much as a dancer since his first dance ever. Their score was 38/40.

The Miz and Witney were up next with a Foxtrot to “Radio Gaga.” It truly looked like he enjoyed himself during the moment and they did a great job, as always. Their score added up to 32/40.

They also performed a second dance in a relay round

Jenna and JoJo impressed the judges once more with a Tango to “Body Language.” Even though head judge Len Goodman was a bit stricter, they still got a good score of 39/40.

Suni and Sasha were next with a Paso Doble to “We Will Rock You.” They did a really good job, especially when you consider Suni was feeling ill. It was unrelated to COVID so she was able to dance in the ballroom, but it was obvious she didn’t feel good. However, it didn’t stop her from giving it her all and she got a 33/40.

Next were Cody and Cheryl, who did a gorgeous Foxtrot tribute to a late friend of Cody’s. Dancing to “You’re My Best Friend,” they impressed the judges who said it was one of his best dances. Their score was 34/40.

Melora and Artem finished the individual dances with a Foxtrot to “Killer Queen.” This is such a fun song to end the night on and we loved seeing them dance as always! Their score was 36/40.

Then it was time for the relay challenges, which were the Foxtrot, Jive, and Vienesse Waltz. JoJo, Olivia, and Jimmie danced the Foxtrot to try to obtain extra points to be added to their score. They all did really well, but Olivia ended up getting all four bonus points.

For the Jive relay, it was The Miz, Iman, and Cody all dancing for those points. Iman and Cody each received two points added to their scores.

Luckily, Suni was feeling okay enough to join Amanda and Melora for a Vienesse Waltz relay. Amanda received one point, Suni got one point, and Melora received two points.

No one likes elimination time 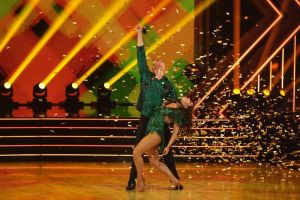 Unfortunately, it was time for the elimination and in a huge surprise, JoJo and The Miz were the ones in the bottom two. In a unanimous decision, all of the judges voted to save JoJo and her partner, Jenna. This meant The Miz and Witney were eliminated.

We are going to miss The Miz’s energy in the ballroom so much. He has been such a joy to watch on DWTS the last few weeks. Next time we see our celebrities, they will be performing songs by the great Janet Jackson. We can’t wait to see what they have in store for us!

Let us know who you think will make it to the semifinals after next week. Who did you enjoy watching on DWTS 30×08 “Queen Night?”

Watch DWTS every Monday on ABC. Find us on social media for more content!