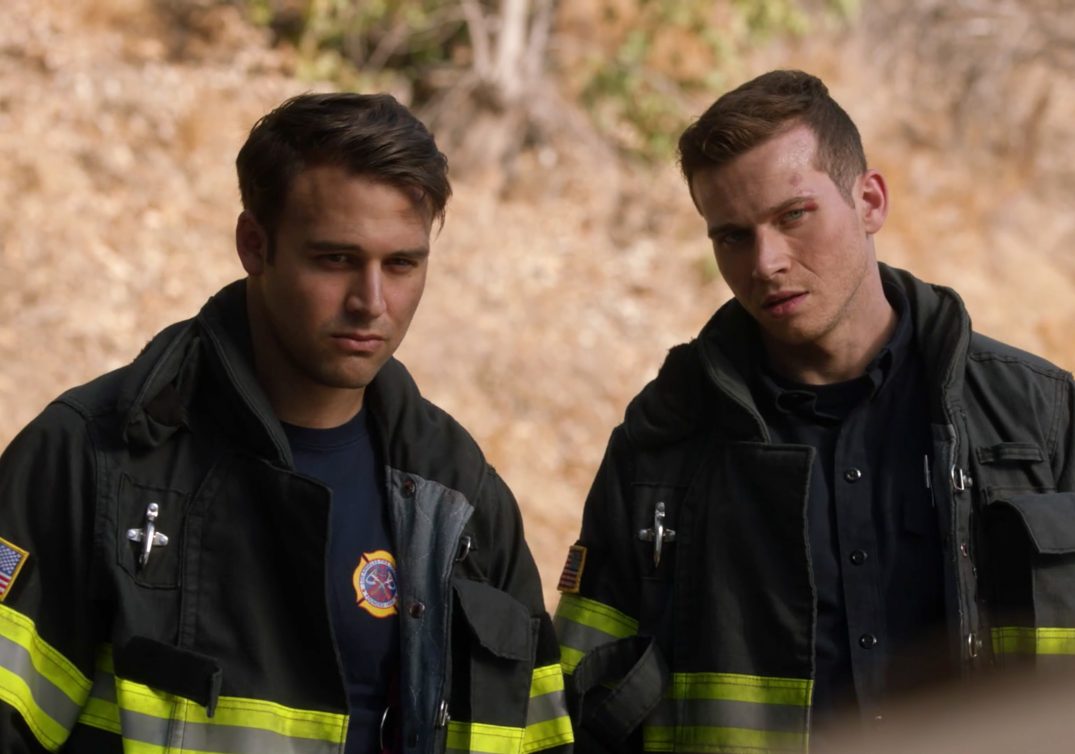 After some confusion over the order of episodes that would be airing, 911 5×06 happily surprised us with an episode that saw a prison riot turn into a hostage situation for two members of the 118. Plus, we got to see Ravi step up in a huge way and Hen take her medical training even further.

911 5×06 started off with prisoners rioting inside a prison and guards doing their best to contain the situation at hand. When a fire breaks out, the 118 is brought in to handle it but soon find themselves caught up in a tense situation. After finding a prisoner who appears to be injured, Buck and Eddie are sent off with another individual to get him medical treatment along with two escorts.

It isn’t until Bobby, Hen, and Ravi get the prisoner to the prison doctor that they find out the former is actually a guard. Before they can be warned of the danger, Eddie and Buck are held at gunpoint by two prisoners, one of whom, Mitchel, orchestrated the breakout. 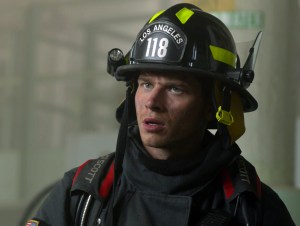 Buck and Eddie are fully ready to take the men down until, upon taking their wallets, Mitchell pulls out a photo of Christopher. He uses Christopher and the knowledge of Eddie’s address to keep both men in line. Eddie immediately shuts down, giving the man a harsh look as Buck defends the little boy, wanting to keep him safe. But he ends up being pistol-whipped for his efforts.

While the two men are missing, Athena begins investigating the riot and breakout. She has to keep her cool despite knowing her husband is still inside with the rioters and that two of his men have been abducted. She learns that Mitchell’s ex was the one who put him away for a triple homicide and that she could be in danger.

In the meantime, Bobby, Hen, and Ravi are trapped with the rioters outside the door. After waking the injured guard up, despite his injuries, Bobby and Ravi plan to release laughing gas through the vents to calm the prisoners down so they can escape. In order to fool the guards, Ravi dresses as a prisoner to give Bobby a chance to wander the halls to where he needs to be.

Hen keeps her cool under pressure 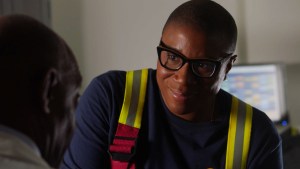 Hen, meanwhile, stays with the doctor and helps him suture the guard since the doctor was injured during the riot. She does an amazing job, keeping cool and saving the man’s life. Plus, we also got a mention of Chimney when the doctor makes a pun that he would make.

Eventually, the prisoners bring Eddie and Buck to the hospital of all places. Mitchell immediately separates the two, telling Buck he will shoot Eddie, and then Chris, if he doesn’t comply. With one word from Eddie, Buck reluctantly leaves, getting the prisoners inside before Athena comes to get him.

Individually, Buck and Eddie discover that Mitchell’s plan was to come to the hospital where his son, Nolan, is dying of congenital heart failure. He wants to die so that his son can get his heart. Buck, just wanting to save Eddie, is curious about why they can’t just give him what he wants. But it’s more complicated than that in terms of the law.

You have to love how Buck’s common sense on laws just goes flying out the window when it comes to the people he loves.

Understanding a father’s desire to do the right thing 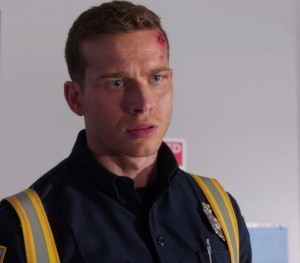 Eddie, who is just clearly done with the entire situation, can empathize with Mitchell on just wanting his son to be better than you. But he wants to find a different solution instead of Mitchell just dying. He thinks he talks Mitchell down, but as soon as they are out of the ambulance, Mitchell shoots himself in the head.

Buck comes running, not sure if it’s Eddie being shot again, only to find his best friend desperately giving Mitchell CPR. Even though he doesn’t know if Buck is aware of the situation, he immediately tells Buck what he needs. Buck goes running to prepare the OR so Mitchell can give his son his heart.

Eddie talks with Mitchell’s ex, telling her that Mitchell didn’t want Nolan to know it was his heart. The team waits in the hospital until they know the surgery was a success.

Eddie has an adorably sweet scene at the end with Christopher. He goes home to hold his son after a long day and night. What made it even better was Christopher lovingly sassing his dad. He does not know why his dad is acting the way he is. We missed seeing them together so much and it was likely a relief for Eddie to know his son was safe in his arms.

Going home after a long shift 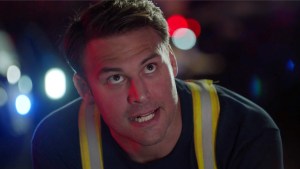 On his end, Buck goes home to see Taylor. She is seen ending a phone call when she goes to check on him. They have a talk about what happened, with Buck leaving out most of what occurred. There seems to be a lot that is unsaid between them. This is especially with Buck commenting on Mitchell not getting to see his son.

You have to wonder if he was thinking of Christopher at this moment. Even though Christopher is not his, he loves him like a son. Knowing he could have been in danger was something Buck was living with for hours. 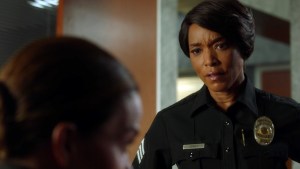 This was a really good episode of 911 and I absolutely loved it. We got to see the team working the case from all directions and it felt cohesive. Plus, we got to see more of Ravi as he dealt with different scenarios that came with being a firefighter. Bobby taking him under his wing was absolutely perfect as well. It also was a nice throwback to when he did the same for Buck.

As much as I loved every single character, the ones I loved the most were Eddie, Hen, and Buck. Eddie, because his facial expressions said so much in every scene he was in. Hen, as she continued to find her path and looking into being a general surgeon. Buck, from stepping up to defend his found family to doing everything he could to make sure they were safe.

This episode was absolutely amazing and we can’t wait to see where they take the characters from here. Let us know your thoughts on 911 5×06.