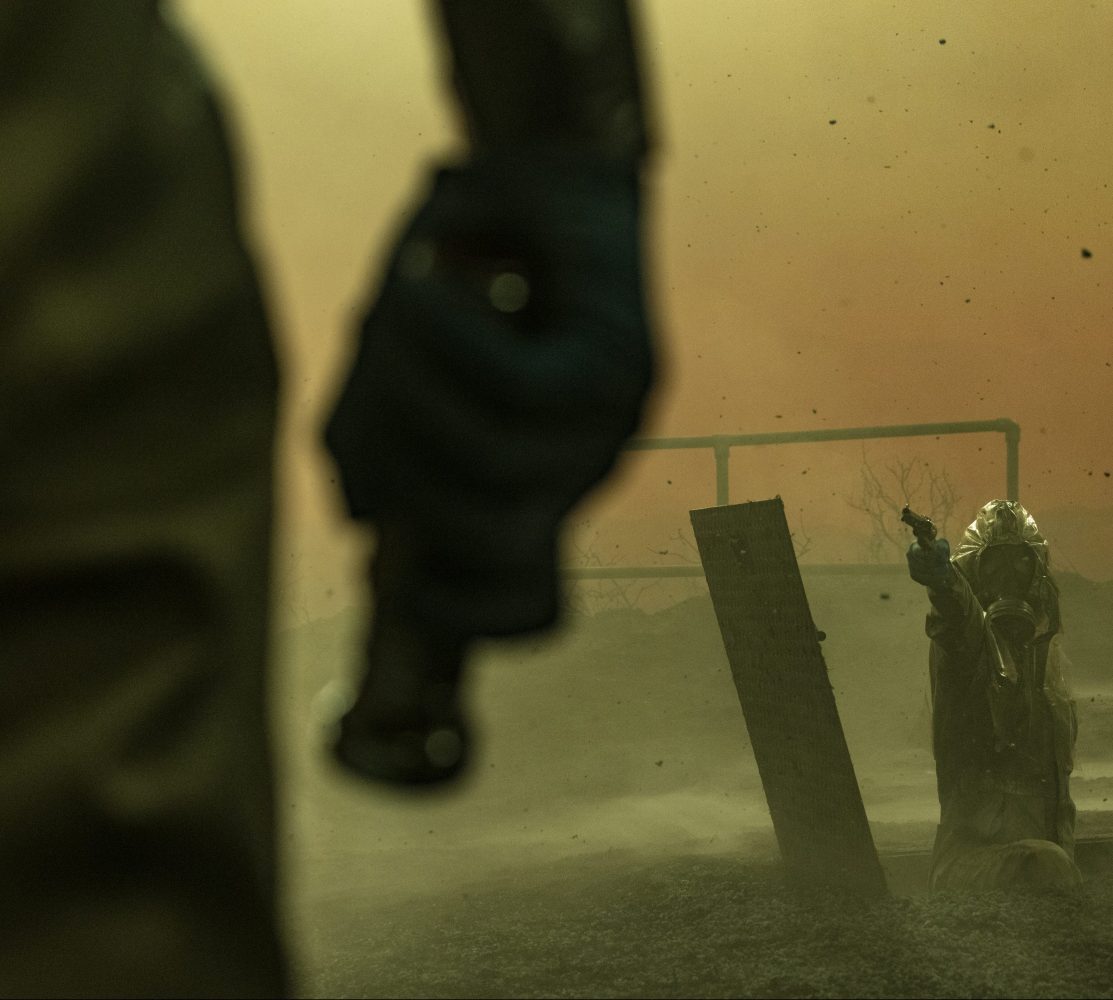 I’m not sure where the season is going to go from here, but I feel like this was the perfect Halloween episode! The things happening were creepy as hell. From the constant creaking of the bus June and John Sr. were stuck in, to the strange people outside that wanted to be let in. Then we had some ghosts of the past entering the picture with John Sr. doing his best to lay them all to rest so he could move past his guilt. Yep, it’s safe to say that things were more than a little intense with this one! So keep reading for my Fear the Walking Dead 7×03 review!

Usually, I find myself getting annoyed at times with how it always seems like our troop is so separated that we only get a couple of them per episode. But I don’t find myself feeling that way this season. Yet, anyway. It’s nice to see where everyone is at after the events of the last season and how they’ve been surviving in the aftermath and the radiation. I was doubly excited to see June. She’s one of my favorite characters and I’m glad to see that she is doing okay even if she is stranded. At least she isn’t alone. I actually think it was kind of great to see that she was with her father-in-law. 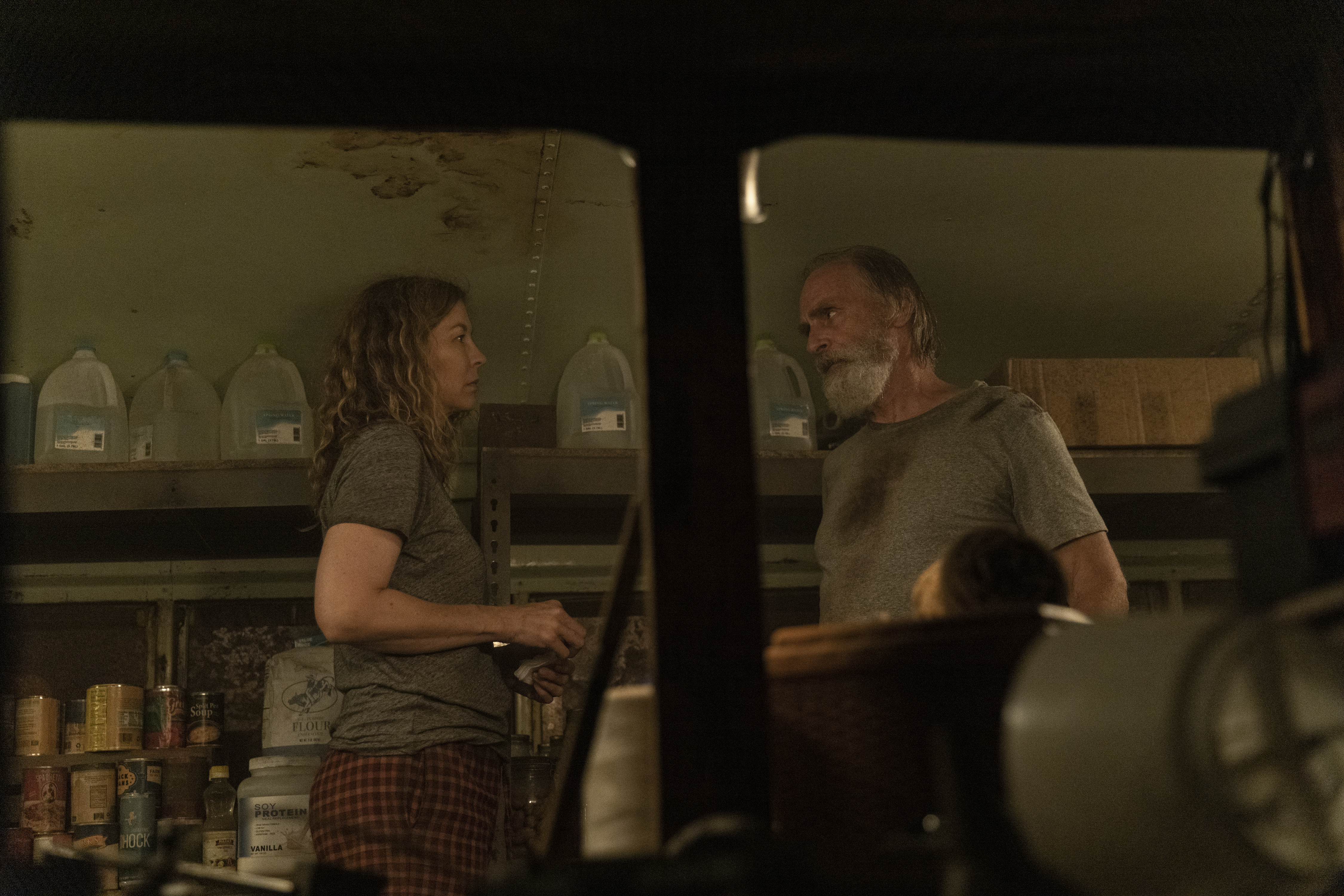 But naturally, things took a turn and it wasn’t a good one. Because we know better than to think there are going to be happy times without something to ruin it. And that’s exactly what happened when John Sr. and June found the room where Theodore Maddox did his killing. But I don’t blame John for wanting to finally discover the truth so he could put the past to rest once and for all. And I’m actually really proud of John for what he was able to do. While he wasn’t necessarily able to keep the promise he made to Cindy Hawkin’s mother, he was able to find her and I think that’s just as commendable.

This was the perfect episode to play for Halloween. Because I found it spooky as hell. Every time there was a creak, I had a mini freak out and expected walkers to come charging in from somewhere at any given moment. It felt like John Sr. and June were on a different planet. And then when John started climbing up the hatch, I was absolutely losing it. Legitimately yelled at my screen for him to go back down and not open the door. But of course, he did it anyway. Because this is John’s father we are talking about and he is definitely a lot like his son. Clearly.

When John Sr. did go up, he was seeing ghosts. As if his guilt for not being able to catch Teddy sooner, for not being able to save those women, had him hearing and seeing things. And for at least some of it, I do think that was the case. For the rest of what he was seeing, June took no time in realizing that it was due to him withdrawing from alcohol. But those three people just standing there staring at him? Yeah, those were apparently real as June saw them too. And of course, they then demanded that June and John Sr. let them in the hatch. Once again, I found myself yelling at the screen for them to not open that freaking door.

It was scary enough to see John Sr. struggling the way he was. Especially with the withdrawals. But there were some moments that I actually thought John was going to kill June. Or leave her trapped in the bus to die. Not only because of the intense emotions he was experiencing, but because of the ghosts he was seeing and what they were saying to him about June. Sure, June lied to John about how long they needed to stay in the bus. But she wasn’t doing it with any malicious intent. June just wanted to keep her father-in-law and herself safe. And it’s no wonder she was scared. She’s missing her husband and doesn’t know what kind of world she would be walking out to if they left that bus. 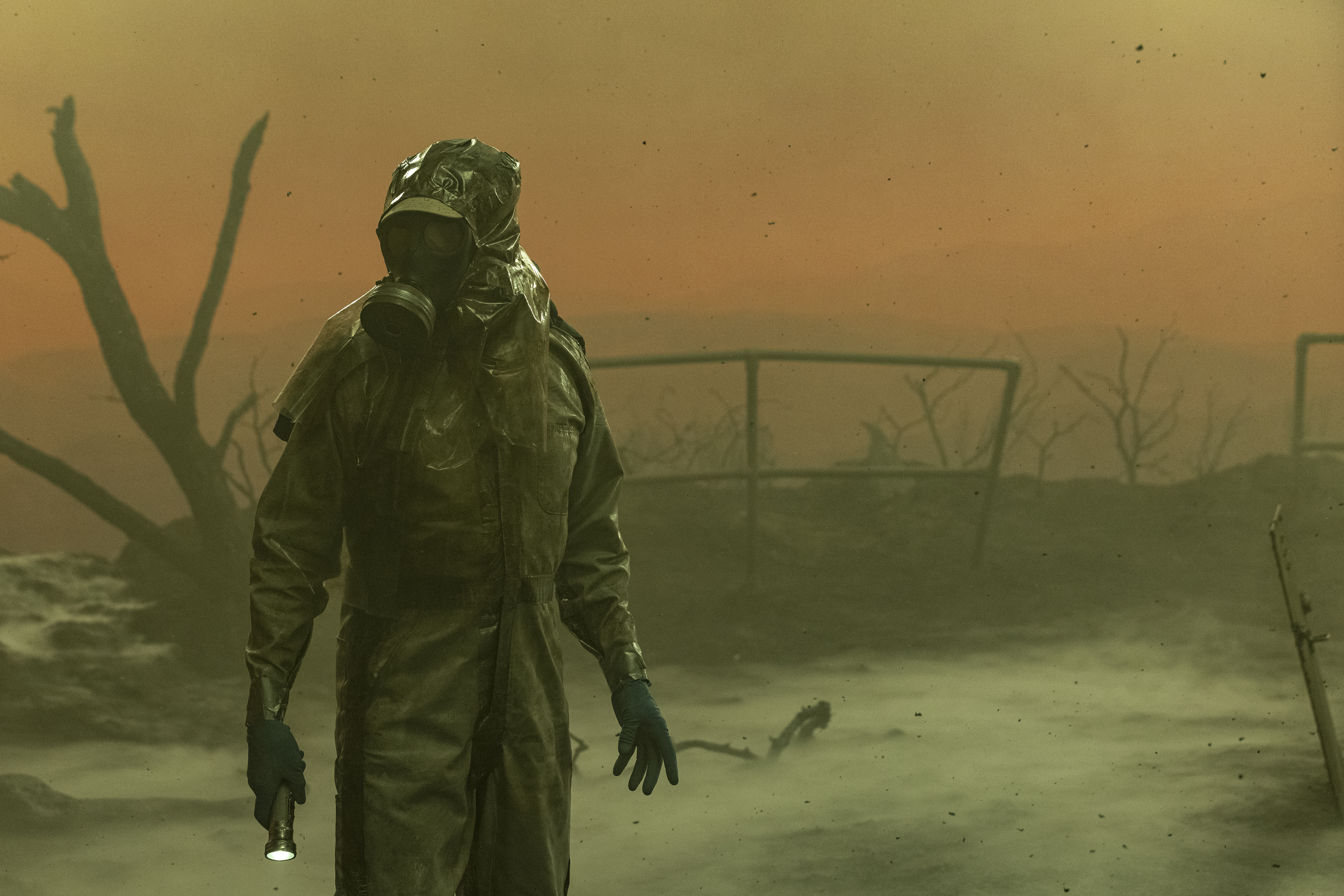 What did you think of Fear the Walking Dead 7×03? Did you enjoy getting to see June and find out how she has been doing? What about John Sr.? Do you think he was right to continue pursuing things until he found Cindy Hawkins’ body? Will John be able to be at peace now that he has been able to find her? Or is his past going to continue to haunt him? What about the people outside? Who are they and why did they want to get in through the hatch? Find and follow us on Twitter @capeandcastle to share all of your Fear the Walking Dead 7×03 thoughts with us! You can find me on Twitter @Sarah_Jeanne17! Also, be sure to check out our site for more content on all things Disney and beyond!