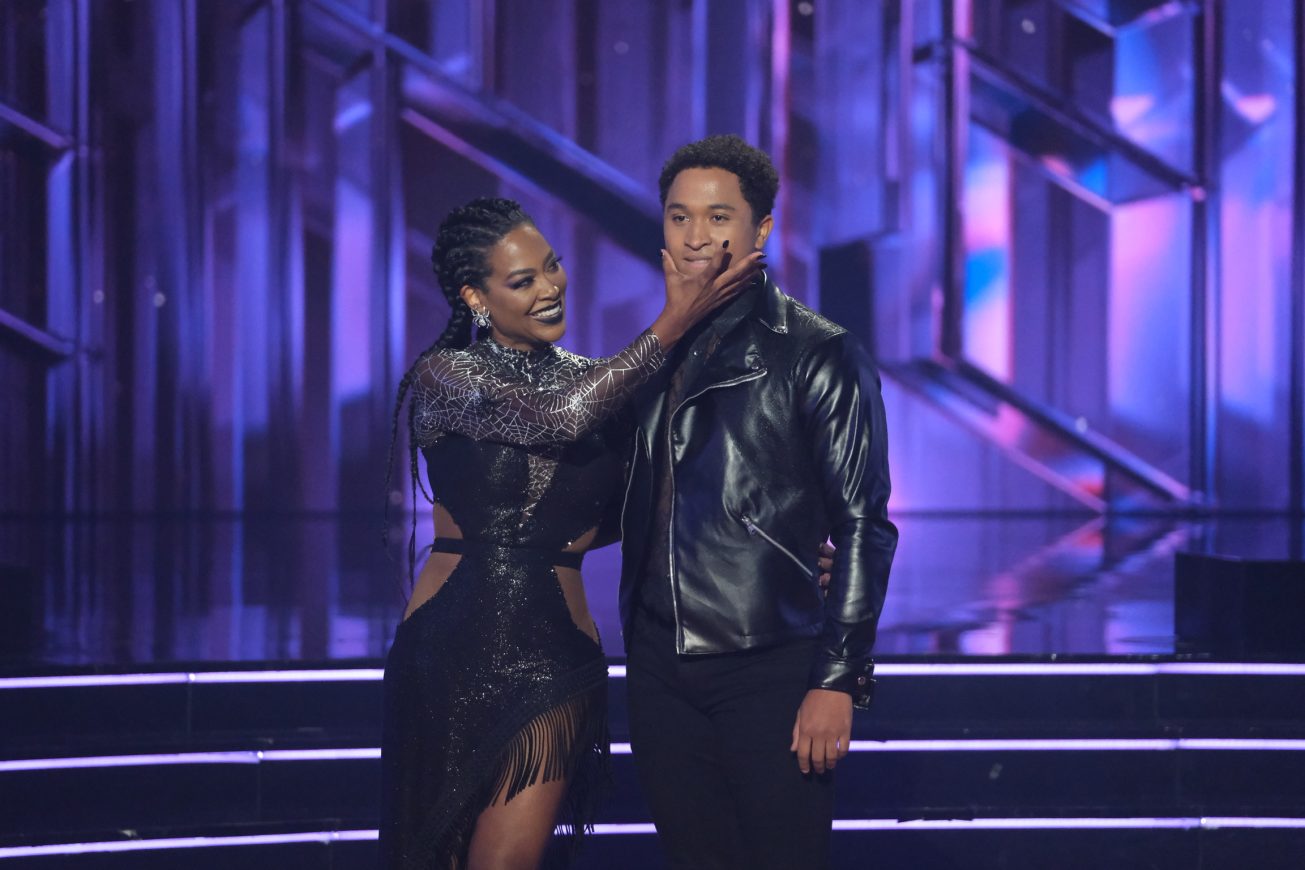 For another exciting night of DWTS, we got to see the celebrities and their pro partners pay tribute to various scary movies/shows that have kept us awake at night! From the classic It to Us, there was something for everyone. So join us as we find out what films each couple danced to for inspiration on DWTS Horror Night. 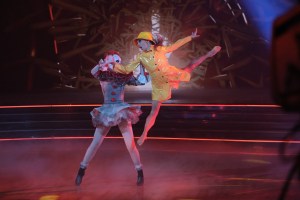 Witney and The Miz started DWTS Horror Night with a Paso Doble, with inspiration from the movie Hellraiser. Dancing to “Wicked Games,” they did an incredible job with the opening number. Their score was 34/40.

Kenya and Brandon did the Argentine Tango with inspiration to Arachnophobia. They were incredible together and the dance was stunning. Their score was 32/40.

JoJo and Jenna were next with a creepy Jazz tribute to It. Their routine earned them another perfect score, which was fitting considering how amazing of a job they did. From acrobatics to terrifying grins, they truly had the judges in their corner with their performance to “Anything Goes.”

Cody and Cheryl’s performance paid tribute to American Psycho. Their Cha Cha was accompanied by the song “There Will Be Blood.” They did an incredible job, impressing the judges with a dance that showcased how much he truly wanted to improve. Their score was 36/40, which was their first 9 of the season.

Jimmie and Emma’s Contemporary dance was in tribute to “A Quiet Place.” It was such a powerful performance that was just completely put on another plane with the music they chose. Their dance was so beautiful and it’s difficult to put into words just how gorgeous it was. They received a 38/40.

The celebrities were out to show their improvements in their performances 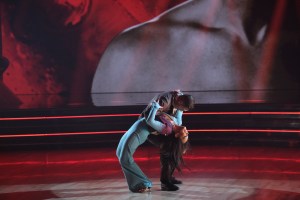 Olivia and Val’s Paso Doble was done in tribute to The Purge. After being in the bottom two last week, they worked hard to show they really wanted this. Their performance was amazing and it earned them a 36/40.

Melora and Artem performed a Jive that was inspired by Cujo. The fun part about their dance was her father, actor Jerry Hardin, was in the movie! They truly seemed to just have fun with the dance and we love watching them perform. Their score was 34/40.

Iman and Daniela were next with a Contemporary tribute to Us. After having some stumbling blocks with past performances, they truly had magical moments for us on the dance floor. This was one of their best performances and we loved every second of it. They received a perfect score of 40/40, tying with JoJo and Jenna.

Suni and Sasha’s Tango was actually a television show tribute to The Vampire Diaries. They continue to improve every week and were incredible to watch! They clearly always have fun together and Suni is coming out of her shell through every performance. For their score, they received a 36/40.

Amanda and Alan were last, performing an Argentine Tango tribute to the movie Saw. It was obvious the talk show host was a bit hard on herself, but she truly put her best foot forward in this dance. We love watching them every week. Their score was 38/40. 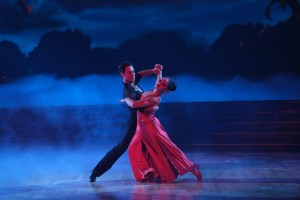 Finally, the moment came that always breaks out hearts. It’s so difficult saying goodbye and it’s only going to get tougher as time goes on!

The next episode of DWTS will find the celebrities taking on Queen Night. We’re looking forward to what they have up their sleeves for us. Let us know what your favorite performances have been so far! What was your favorite moment from DWTS Horror Night?

Watch DWTS every Monday on ABC. Find us on social media for more content!