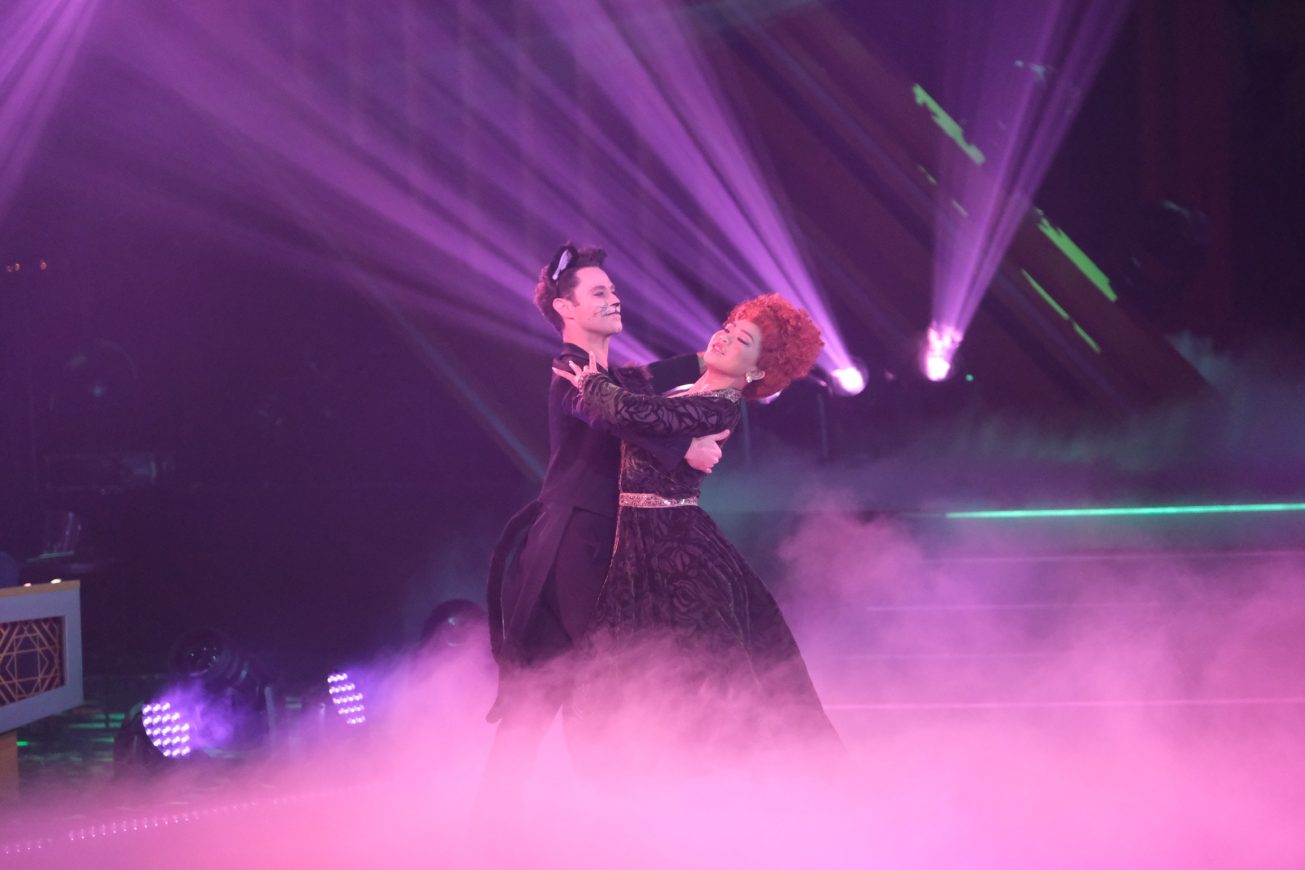 Disney week on DWTS continued on Oct. 12 with Villains night. The celebrities and their pros paid homage to various Disney villains, from Gaston of Beauty and the Beast fame to Mother Gothel from Tangled.

In addition, this night also saw a double elimination since no one was sent home on Monday night. Of course, this didn’t go without controversy either. Before we get into that, let’s go over the performances and how each couple did with their routines.

The couples stepped up their game for Disney Villains night 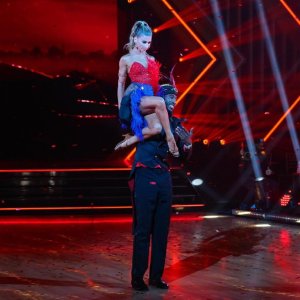 Jimmie and Emma opened the show with an amazing Jazz performance that brought them to their highest score yet. He took on the role of Captain Hook from Peter Pan, impressing the judges with how he has continued to grow as a dancer. Receiving a 35/40 meant their total score for both nights was 67/80.

Cody and Cheryl were up next with a Vienesse Waltz, portraying Gaston from Beauty and the Beast. They also did very well, receiving a score of 31/40. Their score for both nights was 58/80.

Melanie and Gleb danced afterward, performing a stunning Vienesse Waltz to “Once Upon A Dream” and paying tribute to Maleficent. They also received a 35/40, with a total of 66/80 for both their dances.

JoJo and Jenna danced the Paso Doble to “Ways To Be Wicked” from Descendants 2. They did extremely well and got a score of 35/40. This brought their overall total score up to 70/80.

Kenya and Brandon also had a Viennese Waltz, set to “Dangerous Woman” by Ariana Grande. She was dressed as the Evil Queen from Snow White and truly brought an unforgettable performance. Her score was 30/40, bringing to the week a total of 59/80.

Iman and Daniela had an amazing Argentine Tango where he dressed as Jafar from Aladdin. They not only had some amazing lifts, but he lifted Daniela easily as though she were a doll. They impressed the judges big time and received a score of 33/40. Their total score for the week came to 63/80.

DWTS Season 30 got its first 10 of the season 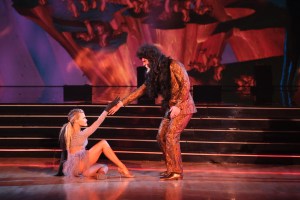 Melora and Artem danced Jazz with her portraying Mother Gothel from Tangled. Not only did they do a great job, but Melora got the first 10 of the season. Their score came to 37/40, with a total of 73/80 overall.

The Miz and Witney continued to steal the show with their costume choices, this time as they danced the Argentine Tango to The Lion King’s “Be Prepared.” He truly took on the persona of Scar and received a 34/40 for his efforts. Their overall score came to 65/80.

Brian and Sharna had an incredible performance with the Paso Doble as they played Barbosa and Captain Jack Sparrow from Pirates of the Caribbean. The judges appeared to be glad not to see as much romance, although to be honest, we love that about the. They received a 27/40 with a total of 52/80.

Matt and Lindsay performed a Paso Doble as well, playing Kaa and Shere Khan from The Jungle Book. They pulled off an incredible performance, with Matt showing he was there to improve. Their score came to 31/40 with a total score of 57/80.

Olivia Jade and Val were next, paying tribute to Cocoa with a Jazz routine to “Remember Me.” The judges seemed to really like their routine and gave them a score of 35/40. Their total came to 70/80.

Suni and Sasha had a fun performance set to Hocus Pocus with “I Put A Spell On You.” Their Viennese Waltz was amazing and Suni truly came into her own with this performance. Their score was 35/40 bringing the total to 68/80.

Amanda and Alan rounded out the night as she took on the persona of Cruella de Ville. Their Paso Doble was impressive and earned them a 36/40 with a total of 68/80. 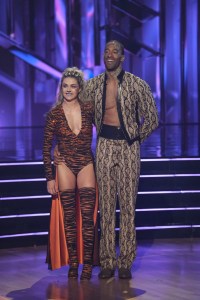 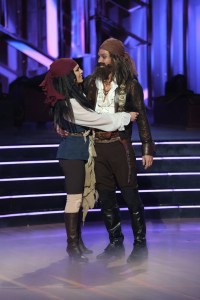 Finally, it was time for the elimination, and this time, it was a double elimination on DWTS. It truly was a surprising turn of events, with Brian and Sharna leaving first and Kenya and Matt in the bottom two. Then, despite it being a tie on who should leave, Len Goodman had the final say and kept Kenya, meaning Matt James was eliminated.

To be honest, the elimination was super confusing since it seemed like even with wanting to keep Kenya and Brandon, the score was still two against two. So does that mean Goodman had two votes? We’re not sure, but fans have had plenty to say online since the rules are confusing, especially with you have four judges and no tiebreaker.

Hopefully, things will be cleared up by the time we see our stars again. Who do you think will be the next to be eliminated? Let us know in the comments below.

Watch DWTS every Monday on ABC. Find us on social media to keep up to date on DWTS.