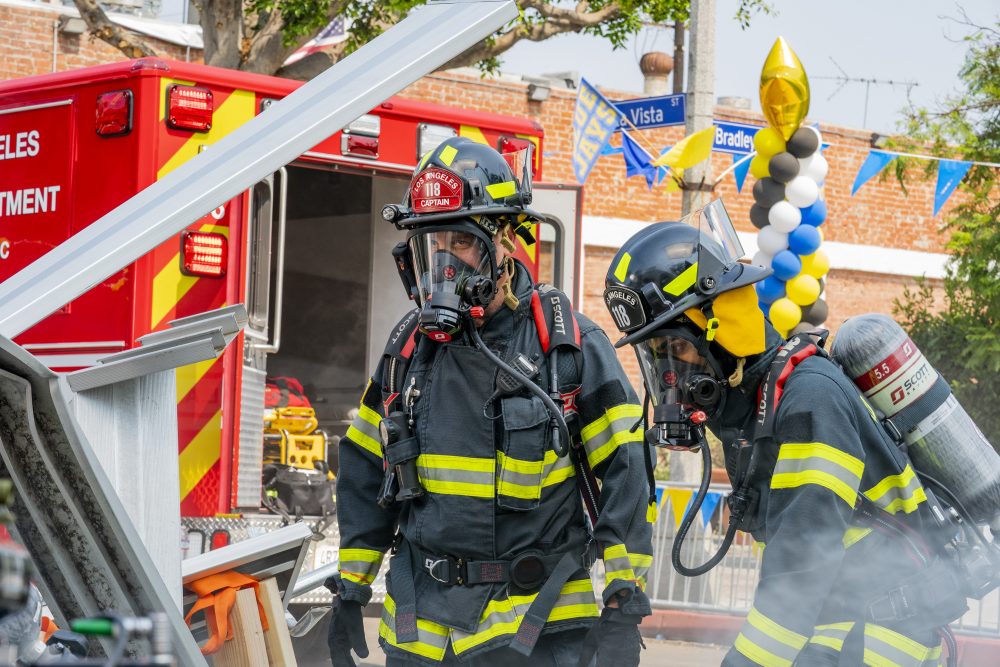 Right off the gate, the fourth episode of 911 had us feeling so much for many of the different characters we have come to know and love. After a grueling ordeal during the blackout, the aftermath is now showing for everyone involved.

An emotional rescue takes a twist 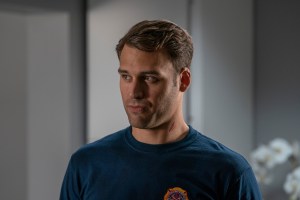 This episode found the team onsite of an emergency involving a truck running into a homecoming parade float. While Hen and Eddie work together in trying to rescue victims, Buck and Bobby come to the aid of a teacher who is pinned down by debris.

Hen and Eddie come across two victims, best friends who were on one of the floats. One of the girls is pronounced at the scene and they are able to stabilize her friend, who appears to refer to herself as “Makayla” when asked her name. Her distraught parents are informed that she is on her way to the hospital and her friend, Cassie, passed away.

Even though it technically isn’t part of their job, Hen and Eddie are at the hospital when the grieving parents arrive to identify their daughter. Eddie offers to take them to the morgue, visibly shaken by the events that have happened. When they arrive at the morgue, he is stunned to find out that the girl they believe is deceased is actually Makayla.

It turns out that the girl who survived, Cassie, was actually asking about her best friend when she said the name “Makayla.” After dental records confirm that Cassie is the one who survived, Hen makes the difficult decision to tell the parents that their daughter was the one who passed away.

This was such a heartbreaking scenario, and seeing Hen take on the burden of telling the parents the news, who had earlier thanked her for saving their daughter, left me in awe of just how she gives her all into what she does. It isn’t her job to make that difficult decision to break the news, but she wants to be the one to do so.

The Grant siblings are going through it 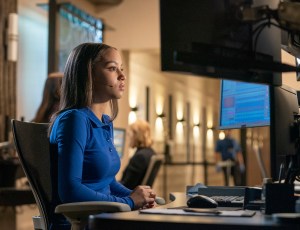 Harry is struggling after what happened with Jeffrey Hudson. He doesn’t want to go back to Athena’s house but is also not happy to be around Michael. His therapist suggests to his parents that they take him back to show it’s safe, but not even Athena feels secure at home. This is noticeable when she begins scrubbing away all the remnants of Jeffrey being inside their home.

Harry may be struggling, but his big sister is there to show him he’s not alone. May completely understands why he is upset with his parents. She also makes sure he knows not to bottle up his feelings forever. It’s important to talk about how he is feeling. There’s a lot to unpack and we’re looking forward to Harry’s journey in healing after a traumatic event.

As for May, she is having difficulty at work thanks to an apparent “Queen of dispatch.” But first, can we say how adorable it was that she thought Maddie was back? It’s clear that Maddie is loved so much by those around her and that they want to see her back just as much as we do.

No, this Queen of dispatch is Claudette and while she may be good at her job, her behavior is…less than ideal. She is downright rude to May and condescending towards her. It makes May feel uncomfortable and she goes to Josh. However, her boss is not helpful at all, even though Claudette is displaying diva behavior towards even Linda, who has been there for years.

We’re not sure what Claudette’s deal is, but May is a capable dispatcher and doesn’t need to be scolded for not doing anything wrong. But seriously, can we have Maddie and May back together ruling dispatch alongside Linda? That’s all we need.

Chimney definitely broke our hearts throughout this episode

Oh, what can we possibly say about Chimney? He really has been struggling since Maddie left, trying to figure out what happened and how things went so wrong. It was absolutely brutal to see him so heartbroken and in pain.

Even though both Buck and Albert tried to be there for him in their own ways, it’s clear that he is just lost and confused. When he discovers that Maddie had taken Jee to the ER the day before she left, it just further causes him to worry and be anxious.

When Buck reveals that he had talked to Maddie and she asked him not to tell Chimney, he is so upset and angry he ends up punching him. While I get that Chimney was upset and that he is emotionally destroyed, punching one of your friends and pseudo-brother-in-law is not the way to go. Hopefully once Chimney is able to calm down and be rational, he and Buck sit down to talk.

Sibling vs. a partner’s view 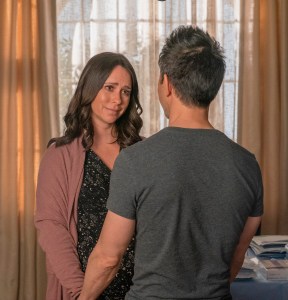 They both love Maddie so much and see different sides to her. While taking care of his best friend in the aftermath of receiving a black eye, Eddie tells Buck as much. While Buck sees his strong and caretaker of a sibling, Chimney knows the more vulnerable side of her. He’s seen her when she is feeling down and in pain as her romantic partner. Buck is looking at Maddie through the lens of a younger brother. In his eyes, she’s the sister who tried to protect him from seeing that part of her. Now, Maddie needs someone to be strong for her.

Eddie also makes sure to tease Buck a little, making him feel a little better even though Buck worries Chimney won’t forgive him. In the end, though, does he really need to apologize? He was only trying to help Maddie, not realizing that there could have been another way to handle the situation. There’s no black or white in this situation, only a gray area. Buck may think leaving is how Maddie deals with things, but Chimney has a different method in mind.

Chimney decides to follow a lead based on Maddie haven taken money out of the settlement she got from Doug. Taking Jee with him, they go off to find Maddie together. But not before Hen stops him to say goodbye. She understands why he is leaving and tells him to make sure he brings Maddie home. 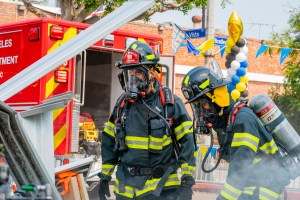 Overall, this episode was a refreshing change of pace from the last episode. We got to focus on the firefighters and how they are doing after what occurred previously. Even though there’s trauma on so many fronts, they all have someone to lean on. It’s clear that when they need it, they can turn to the people they love for guidance. From May and Harry to Chimney and Hen, to Buck and Eddie, they all help each other in different ways. We know that when they need each other, the other will always be there to guide them.

What did you think of this episode of 911? Let us know in the comments. Find us on Twitter for more content.