To say the season was off with a bang would be a vast understatement. If you thought things were apocalyptic before, then everywhere is a complete wasteland at this point. Well, almost everywhere. Strand seems to be living the good life. Even if he is being really, really bad and making all of the wrong choices. We got introduced to a new character only to have to say goodbye to him all in the same episode. So keep reading for my Fear the Walking Dead 7×01 review!

Strand. What the hell, man? If he keeps switching sides like this, he’s going to give me whiplash! Sure, he’s on the hunt for Alicia, but I found myself a little worried about what he wanted to do if and when he found her. Strand said that he wanted her to help him be who he was. But then he turned around and stated that not only would Alicia not want anything to do with Strand after what he’s done, but also that he doesn’t really want to change. Confusing, much? Pick a side and stay there, man. It doesn’t even have to be about picking the side of good or the side of bad. It’s about whether or not you’re going to be with Alicia or against her. 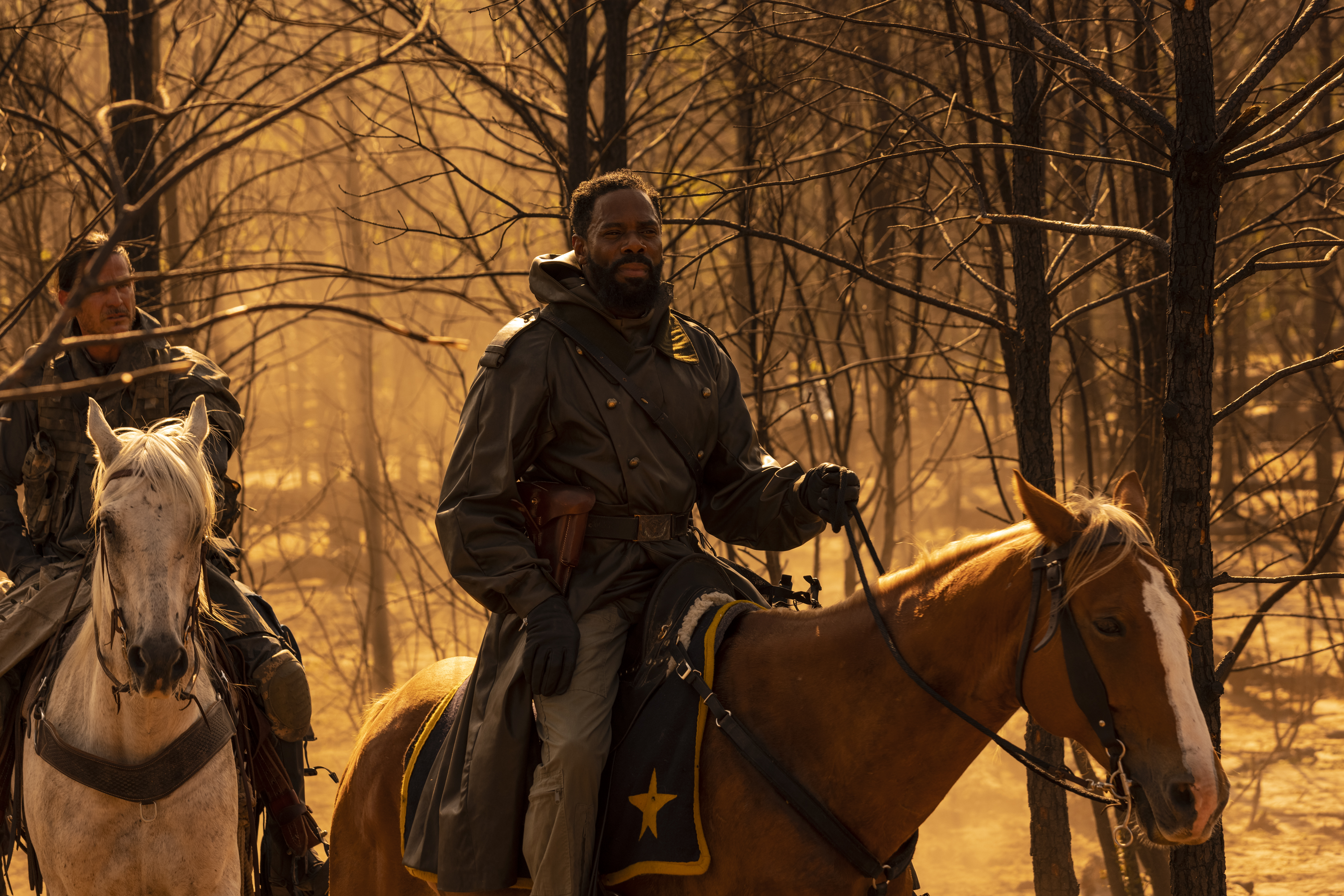 Strand was honestly one of my favorite characters last season. Until the end, that is. But I had hope that things were going to be okay. That Strand was going to be okay and make up for the shitty choices he made at the end of the last season. He’s already had a redemption arc in the past, so I didn’t think this would be something exceptionally difficult for him to get over. But the season premiere has absolutely proved that I was completely wrong in that aspect. Because not only do I think there is no redemption currently in sight, I think that Strand is going to get much worse in the coming episodes. And I’m not happy about it.

While I’m not about Strand being the bad guy, his new pad was pretty kickass. That much I have to admit. In a world full of destruction, dirt, and dust, Strand’s new place was the epitome of an oasis. Dare I say it was actually quite gorgeous. And I think it would make a pretty good place for Alicia and the others to settle into. I mean seriously, look at the food that was being served there! When was the last time our favorite characters experienced a good meal like that in a fairly safe place? I’m going to say it feels like it’s been forever. And with all that they’ve been through they would certainly deserve it.

But a fancy meal wasn’t all this place had to offer. There were even freaking yoga classes! Who the hell has had time for yoga in the last six seasons of the freaking apocalypse?! And that garden on the roof was peaceful as hell. Plus there was an art gallery! I mean, come on! How the hell did this place even come to exist. So maybe, if Strand keeps up his bullshit, he can be the next one to be pushed off the roof, and Alicia and the others can take at least a little bit of a breather at this beautiful oasis. Okay, so I don’t actually want Strand pushed off any roof. But he is giving me serious Virginia vibes and I am quite upset with him a the moment. I kind of liked Will.

I should know better at this point than to become attached to a new character. Come on. Doesn’t it seem like more often than not, they are killed off just as quickly as you begin to like them? That’s what the situation with Will felt like. Plus, we found out that the guy had been with Alicia. And that there is a very good chance there had been something bordering on romantic happening with them. I also liked the way Will wasn’t afraid to call out Strand. And how he was able to do what needed to be done and help Strand get the beacon on the roof of the tower. But it was all for nothing when Strand pushed the guy right off that freaking tower roof. Dammit, Strand! Come on, man! 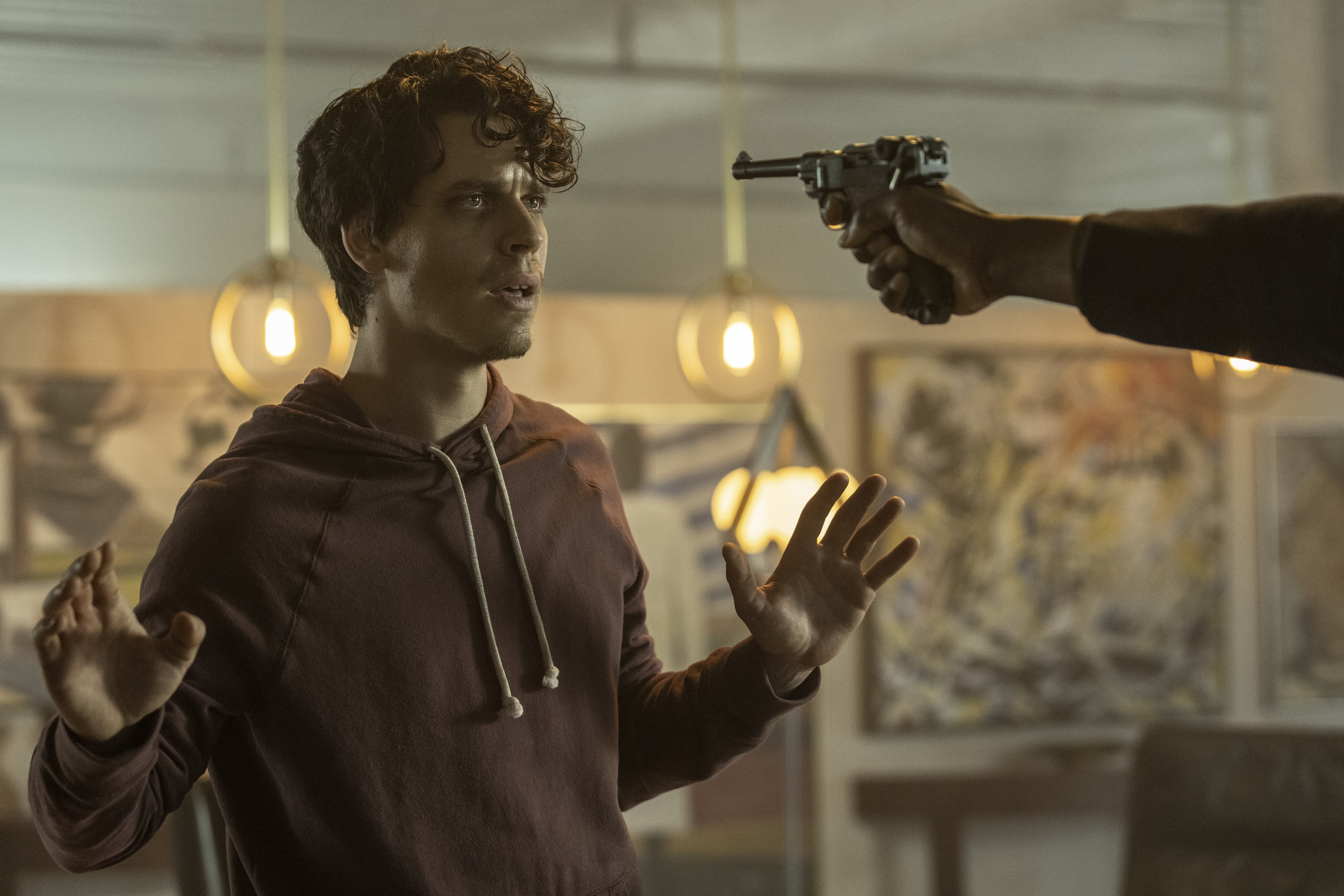 What did you think of Fear the Walking Dead 7×01? What do you think of the way Strand is acting? Is he going to be able to come back from the bad decisions he’s made? Or is he going to be the next big bad Alicia and the others are going to have to take on? Did you like Will? Not that it matters now, anyway. What do you think Alicia is going to do when she finds Strand and discovers all of the things that he’s done? Is she going to want anything to do with him? Find and follow us on Twitter @capeandcastle to share all of your thoughts on Fear the Walking Dead 7×01 with us! You can find me on Twitter @Sarah_Jeanne17! Also, be sure to check out our site for more content on all things Disney and beyond!