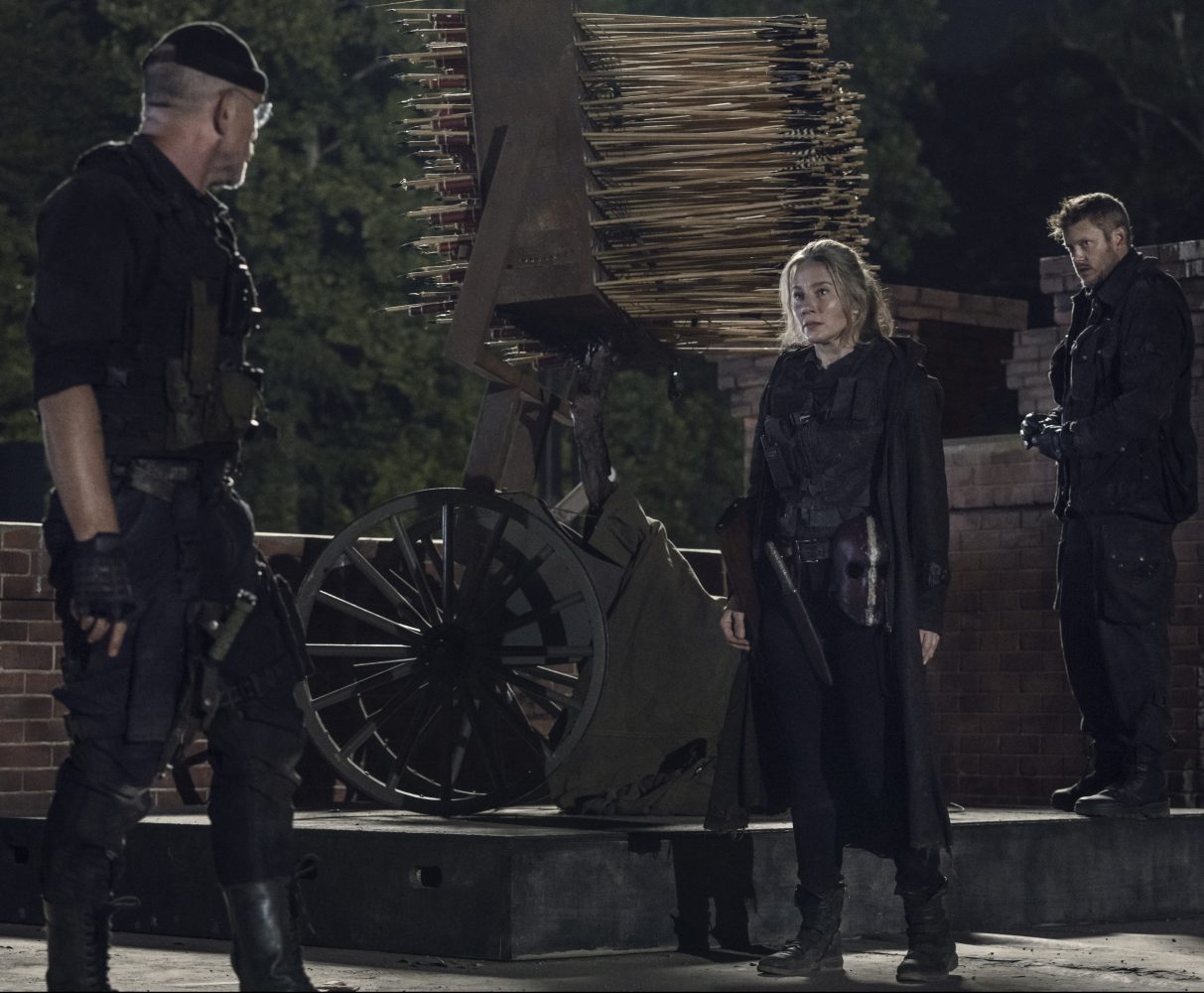 This is it! We’ve come to the first break in our final season! Things were going crazy in Alexandria as a terrible storm brought breaks in the wall and walkers to the door! Meanwhile, Maggie, Negan, and the others were taking some lessons out of the whisperer playbook and making their move against the reapers. And they weren’t the only ones as Daryl and Leah made some pretty big moves! So keep reading for The Walking Dead 11×08 review!

It’s kind of fitting that Pope’s end would come with fire. And a stab through the throat of course. It’s only fitting. Even if I did find myself a little surprised that Pope’s reign is already over. It seems like we were just introduced to him. But it doesn’t mean the reapers have come to an end. Because that would be a little too easy. Nope, instead, we have Leah telling the other reapers that Daryl was the one who killed Pope and she’s now taking her place as the leader of the reapers. Why couldn’t she just go with Daryl as he wanted her to? Sure, she disagreed with Pope on a few things, but she also always ended up falling in line with how he did things. So I’m not too sure I want her to be their leader. 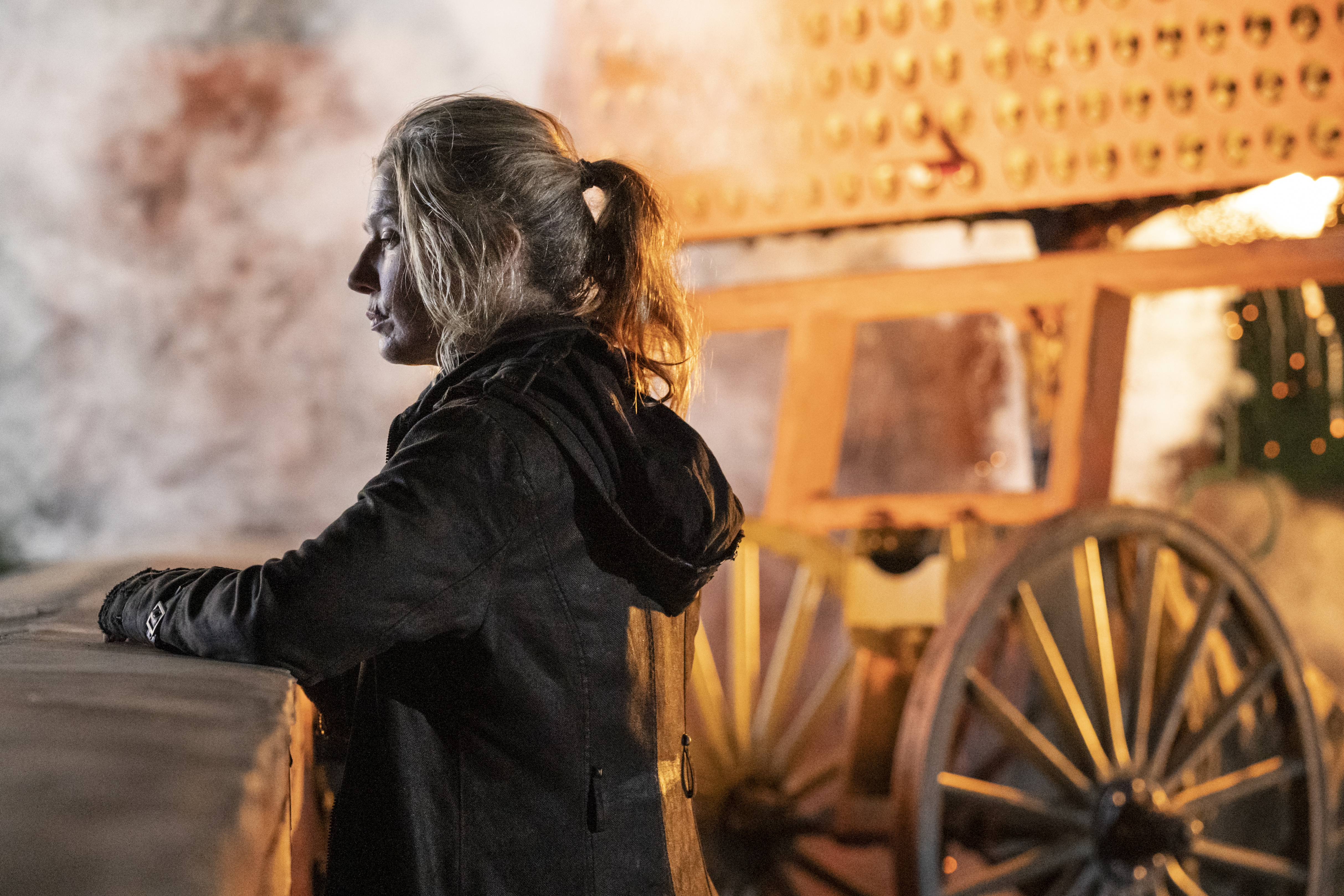 So regardless of the fact that Pope is gone, I think that the reapers are still going to pose a problem for Daryl and the others. There is going to have to be some kind of faceoff between Leah and Daryl. One where she decides once and for all, which side of things she is going to stand on. And to be honest, I’m not really sure which side I want Leah to choose in the end. I don’t think I want her to be with Daryl, though I don’t think he needs any added trauma because you know he would have to be the one to kill her if she chose the wrong side. So I’m not sure which side is best.

I was wildly impressed with Maggie, Negan, and Elijah. They definitely played their parts perfectly. The way they were able to lead one of Pope’s own into the woods and take him out was magnificent. Sure, Pope said he knew Maggie was there but it was pretty clear he didn’t know as much as he felt he did. He had no idea how many people Maggie had with her and he certainly underestimated her determination to kick some ass. The only thing that would have made that entire situation better would have been if Maggie had been the one to drive that knife through Pope’s throat.

I do hope that this situation went at least a little way toward helping Maggie and Negan work together instead of against one another. After all, he is the one that helped teach them to blend in with the walkers. He showed them the Whisperer way. And he also went into the battle with them and helped them, getting himself injured in the process. So while I don’t know that I will ever forgive him for what he’s done, he has gone above and beyond to prove which side of things he’s on. And I’m not so sure if I believe Negan is helping them like this just because there’s something in it for him. Not anymore.

Hold the Fort Down

The thing in Alexandria were going from bad to worse and it sucked to see. They’ve all worked so hard to build their home and protect it. It just felt like it was all for nothing now that the walkers were breaching the walls. While I was proud of Judith for the way she was handling things and helping Gracie to do the same, I found myself disappointed in Gracie. She wanted to fight, but the choices that she made have led her and Judith into an extremely dangerous situation that has me more than a little worried. But I guess we are all just going to have to wait until January to see how things officially play out. 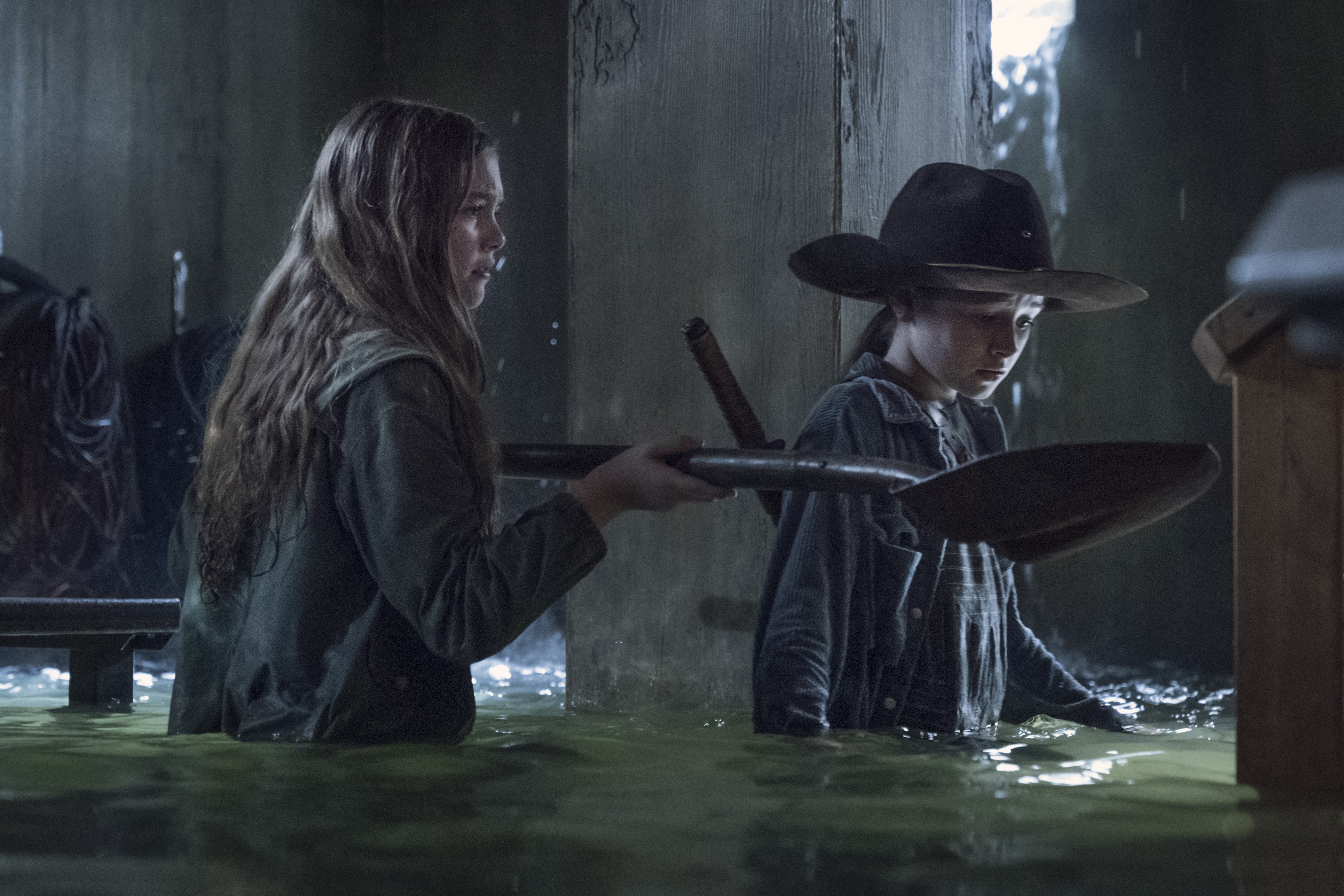 What did you think of The Walking Dead 11×08? Do you think Judith and Gracie will make it out of the basement? Will Leah make the right choice in the end? Or will Daryl or one of the others be forced to kill her? Are we still going to have to worry about the reapers after all of this? Will the team be able to save Alexandria from the storm and the walkers? What about Maggie and Negan? Have things changed for them after everything they went through with the reapers? Find and follow us on Twitter @capeandcastle to share all of your thoughts on The Walking Dead 11×08 with us! You can find me on Twitter @Sarah_Jeanne17! Also, be sure to check out our site for more content on all things Disney and beyond!