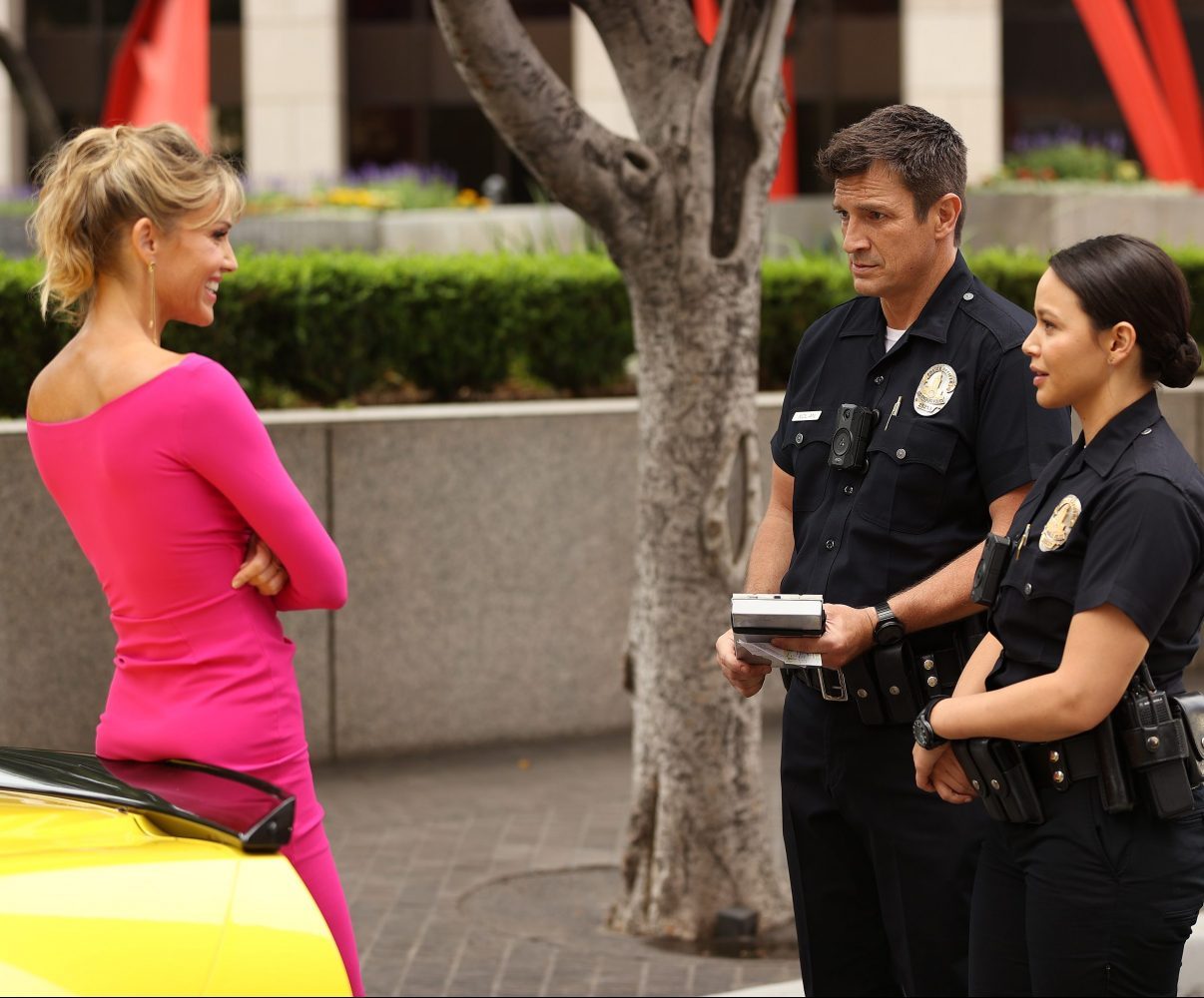 Tim is officially a sergeant! So he’s also kind of a rookie himself. And you know damn well there was no way Lucy was just going to let that one slide! She found time to pick on Tim while she and John attempted to stop an elusive and extremely talented thief! Nyla got herself a new rookie with quite the background. Which had Angela and Wesley ignoring their time to sleep as they attempted to get to the bottom of Aaron’s past! Plus, Bailey was back and we can’t wait to see her again! So keep reading for The Rookie 4×02 review!

It really was about time for Lucy to be able to give Tim a hard time. And it was pretty hilarious that Lucy was able to get him back with him being a boot. But more than that, it was great seeing how supportive of Tim being promoted Lucy is. She was the first one ready to clap for him when the announcement was made about him being a sergeant. And all of her teasing really came from how proud of him she is. Their moment in the end when Lucy was trying to add more booties to his locker and Tim caught her was absolutely adorable. Can the two of them just get together already? Please? Because that smile from Tim at the end said it all. 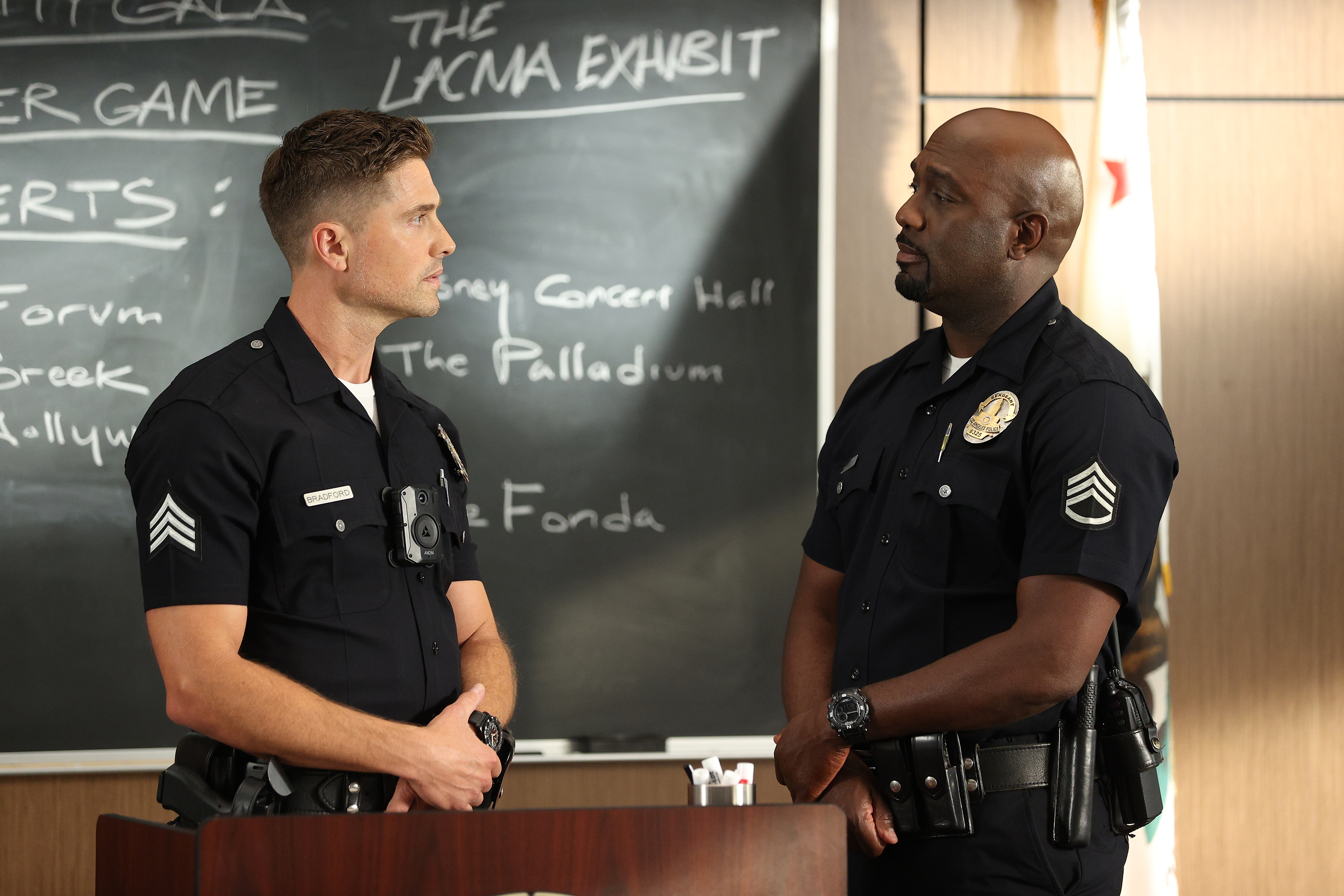 Tim also didn’t get handed the easiest of cases on his first official day as a sergeant. Dealing with Claire was a mess of a situation to walk into. But I think he handled it well and they were able to finally catch Claire. Not just because of Tim, or just because of John and Lucy. Not because of Aaron and Nyla. Because every single one of them brought something different to the table and they worked together as a true team to bring Claire down. I also don’t think Tim is ever going to be the kind of sergeant that stays out of the action and lets his people go in without him, even if that’s what he is supposed to do. That just isn’t who he is and Grey knows that.

Aaron Thorsen is going to be quite an interesting addition to the team. Not just because he’s the only rookie on our screen now. But because of his history. As soon as Grey and Nyla were talking about him being exonerated as a murderer, I was definitely interested. As more details about Aaron’s situation came out, it seemed pretty similar to an actual tabloid murder from years ago. After hearing some of the details, I’m definitely inclined to give Aaron a real shot. He seemed pretty inclined to prove himself and seemed to take the idea of being a rookie pretty seriously.

I completely understand why Nyla would want to be cautious and I know that as a TO she needs to be a hard ass. But the way she was treating Aaron seemed to be a little much. Nyla didn’t have the knowledge about the situation and she certainly shouldn’t have been deeming Aaron as guilty when he had already been exonerated. But then Aaron blew me out of the water with the way he approached and handled Nyla. Something she clearly respected at least a little bit. Plus, Aaron’s past experience with his own situation may actually prove to be useful instead of the hindrance Nyla assumed it would be.

I loved seeing Angela and Wesley learning how to be parents together and that they showed it so realistically. But I will say I think most parents do try to make the most of their time when their baby is sleeping. Though it was much more fun watching Angela and Wesley solving the murder of Aaron’s roommate together. If Wesley ever tires of being a lawyer, I think he would make a pretty damn good detective. Though I’m also enjoying watching him as a badass lawyer. Then there was John and Bailey who were so adorable I could barely handle it. I really hope that Bailey sticks around because she understands John like no other and she gets his job too. So I can’t wait to see what comes next for the two of them. 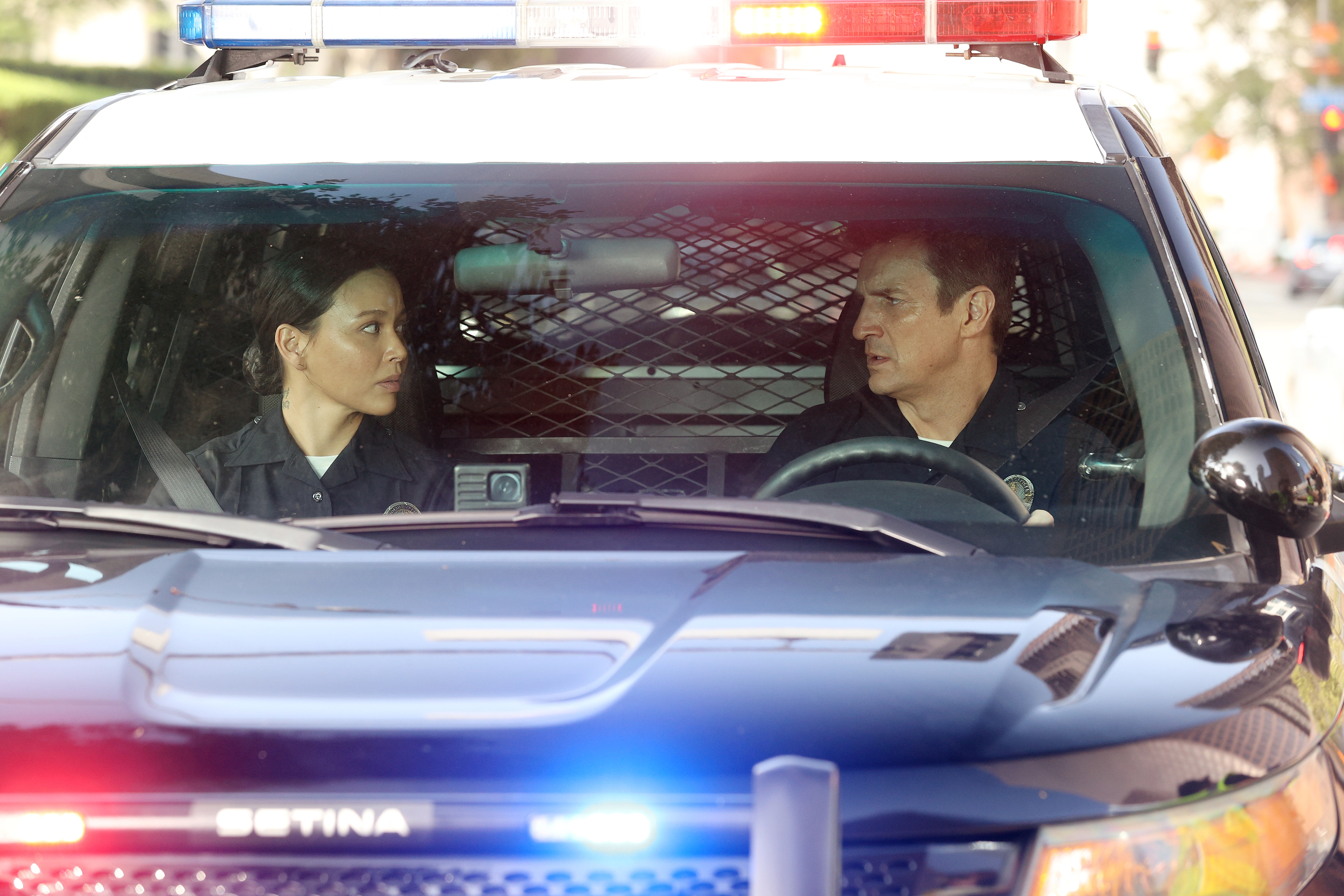 What did you think of The Rookie 4×02? Did you think John and the others were going to get Claire? Or did you think she would find a way to escape once again? What do you think about Aaron? Do you think he is guilty or innocent of killing his roommate? Are you excited that John and Bailey are going to give things a chance with their relationship? Do you think this will be the season when Tim and Lucy finally get together? Find and follow us on Twitter @capeandcastle to share all of your thoughts on The Rookie 4×02 with us! You can find me on Twitter @Sarah_Jeanne17! Also, be sure to check out our site for more content on all things Disney and beyond.