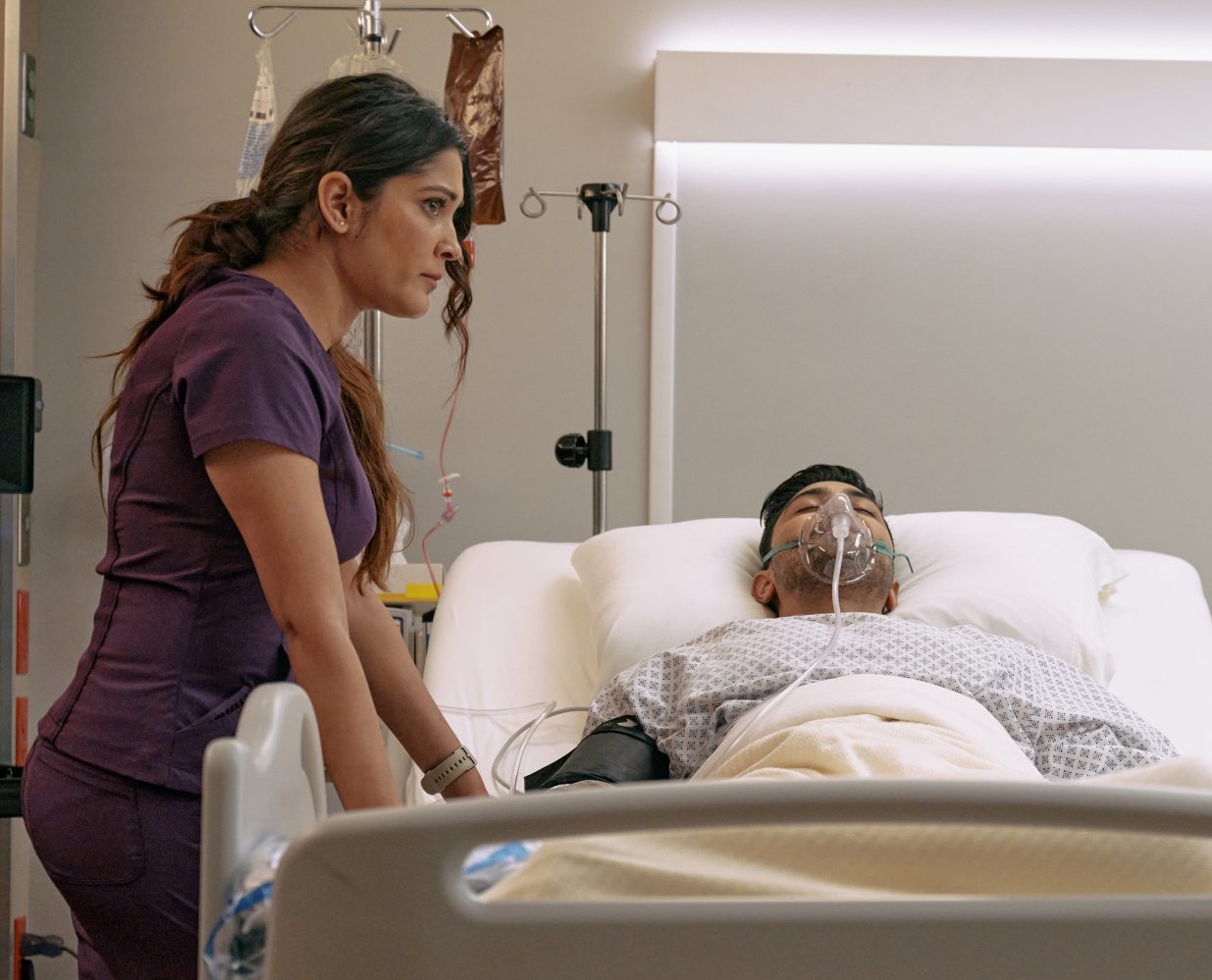 Things are getting so tense that it’s hard to believe we are only on the second episode of the season! But that just means it’s going to be a season that’s completely action-packed! And I’m absolutely okay with that! But I’m not okay with the impending loss of Nic. Even if they are giving Billie bigger storylines and allowing Kit and Bell to start their romance. Finally. I’m not prepared to see Conrad in so much pain. But luckily that’s not what this episode ended up being about. So keep reading for The Resident 5×02 review!

I couldn’t believe they left us with a cliffhanger from the season premiere! It left me freaking out about Devon for a whole week! But luckily, they didn’t waste any time getting down to business and showing us what the hell was going on. I’ve said before that I love the relationship that Conrad and Devon have, and this is no different. But this time around Devon also has Leela who sounded the alarm and let the others know that something wasn’t right. But things definitely went from bad to worse with Devon’s condition before they started to get better. And that was definitely a terrifying thing to watch. It’s a no from me on the coughing up frothing blood. 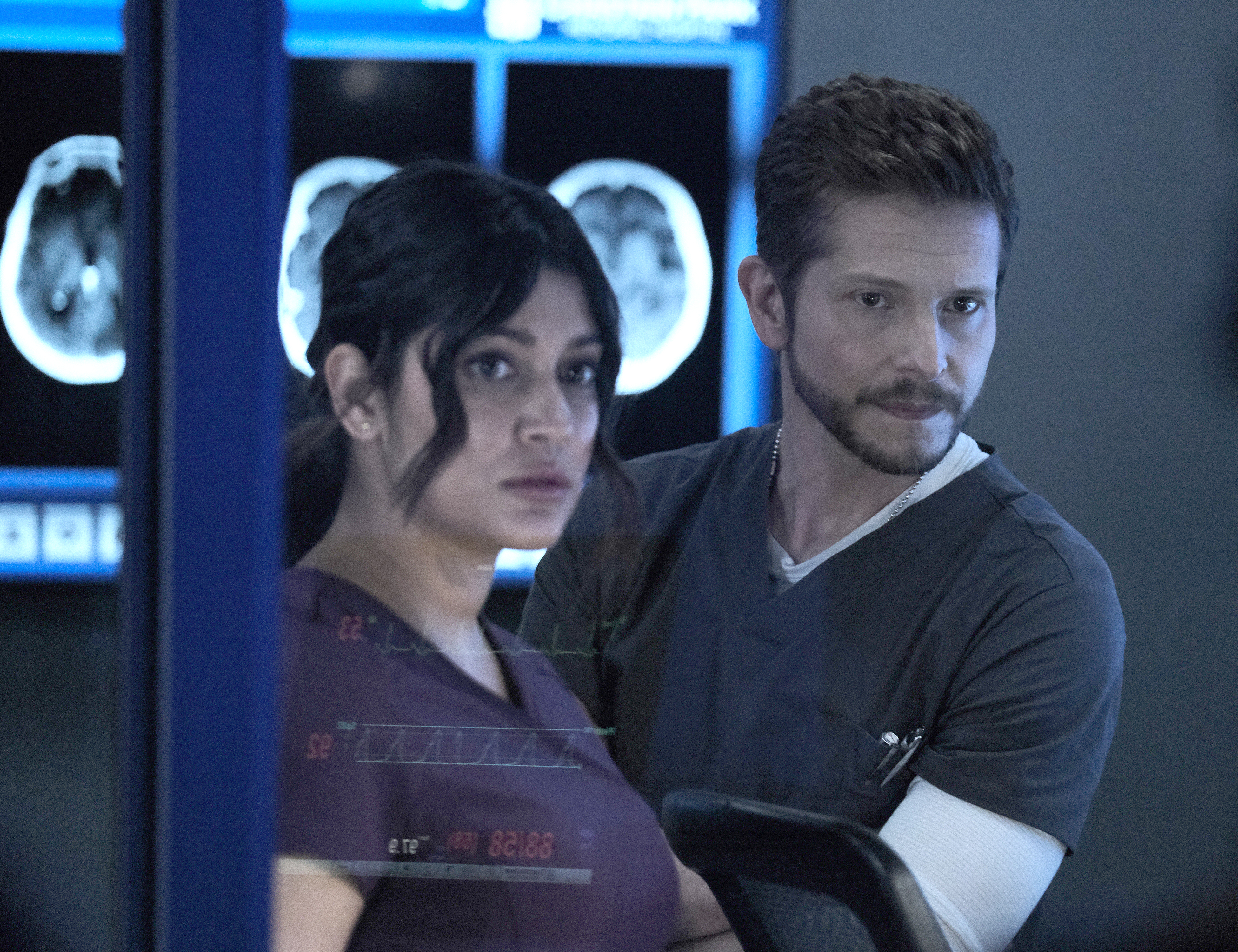 That’s not to say that Devon wasn’t a total badass in his own right. Because he got himself as far as he could, knowing he needed help. Not only to save himself but to also save Winston. It was great that Conrad was able to figure things out quickly before Kit had to evacuate the whole hospital. Because that was definitely not a nightmare that needed to be added onto the nightmare that was already happening. That’s a big hell no. It’s also fortunate that no one else was exposed to the gas. But it was even better that we got a little bit of a happy ending with Devon and Winston both being okay.

The last time Bell invited Kit out to dinner she turned him down. And while I totally understood that she was exhausted, it just felt like there was something else going on under the surface. Because if she wanted to go to dinner with him but was just tired, she could have told him they should make plans for a different night. But instead, she said no, and then they stared longingly at each other. So I was more than a little nervous about how things were going to go with them in this episode. Something that seemed valid when Bell tried to put himself into the friend zone by telling Kit that he wouldn’t ask her out again because he didn’t want to ruin what they have. What do you have?! I want more!

Luckily, Kit seemed to make a decision on their relationship and where she would like it to go. This time, she asked Bell to go to dinner with her and I didn’t even have time to be worried about what he would say since he answered so quickly. That’s the way, Bell! No games, just being honest about what you want. Which it’s clear is to be more than friends with Kit. Thank freaking goodness. Bell and Kit have been dancing around each other for what feels like forever. So I’m going to need the two of them to realize that life is short and they need to just go for it already. They are so good for each other!

I really like that they are giving Billie bigger storylines that are making her a core character. Even if I am devastated about the reason why. But things with her son are clearly only beginning and I am beyond interested to find out where it’s going from here. The only thing I’m dreading is going to be what’s going on with Nic. It feels like impending doom. I know it’s coming and there is nothing I can do to stop it and while I don’t want to see it, I know I won’t be able to look away. I’ve thought about not watching any longer but I’m just too attached to all of the characters to do that. Plus, I’m hoping they put Nic in a coma so that maybe Emily VanCamp can return to the show at some point. 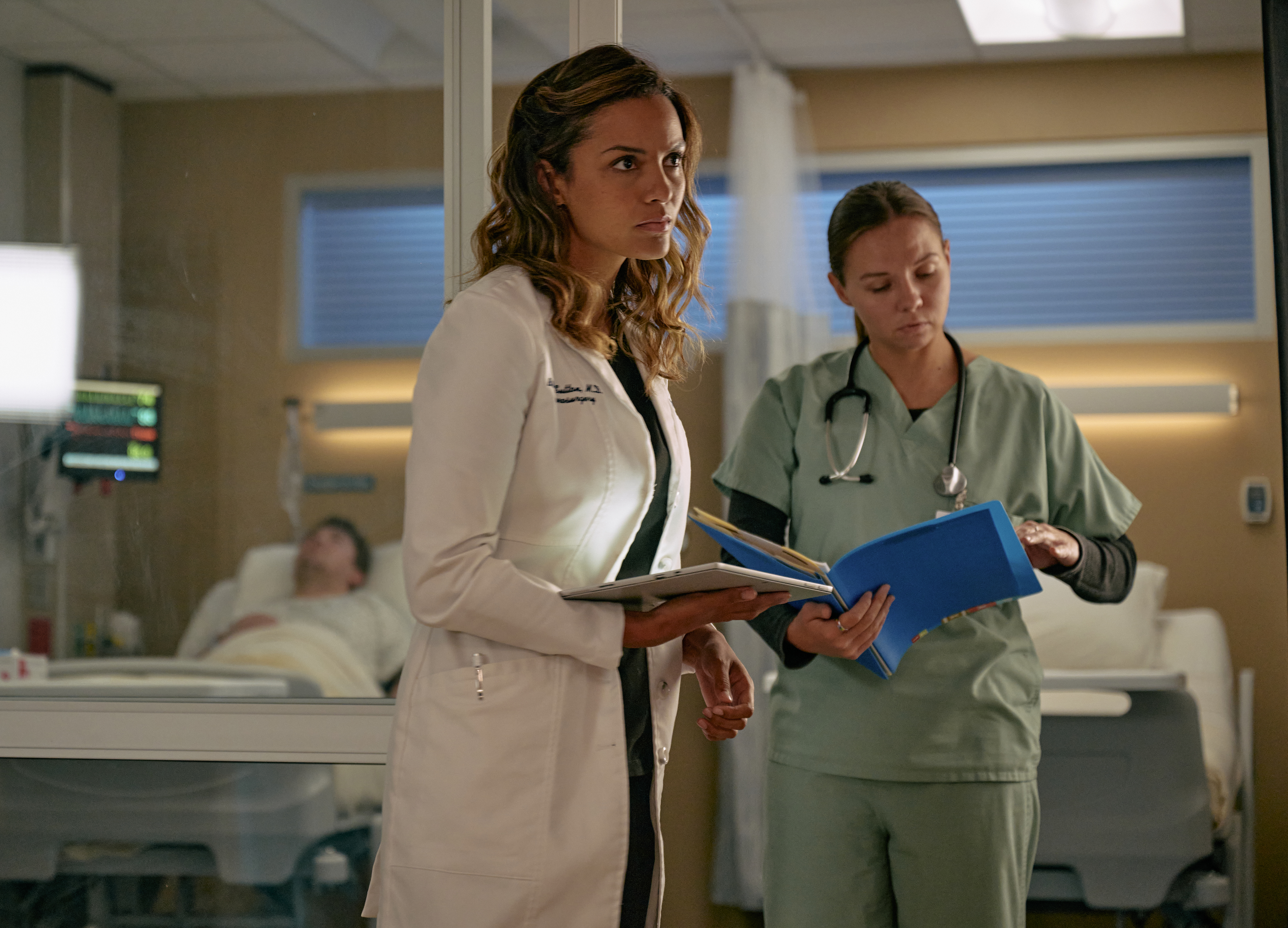 What did you think of The Resident 5x02? Do you like that Billie is becoming a core character? What did you think about the situation with Devon? Were you worried that we were going to lose him? Or did you know things were going to turn out fine? Are you glad Kit and Bell are finally going on a date? What about Nic? Do you think she is going to be put in a coma? Or will she be killed off? Find and follow us on Twitter @capeandcastle to let us know your thoughts on The Resident 5x02! You can find me on Twitter @Sarah_Jeanne17! Also, be sure to check out our site for more content on all things Disney and beyond!