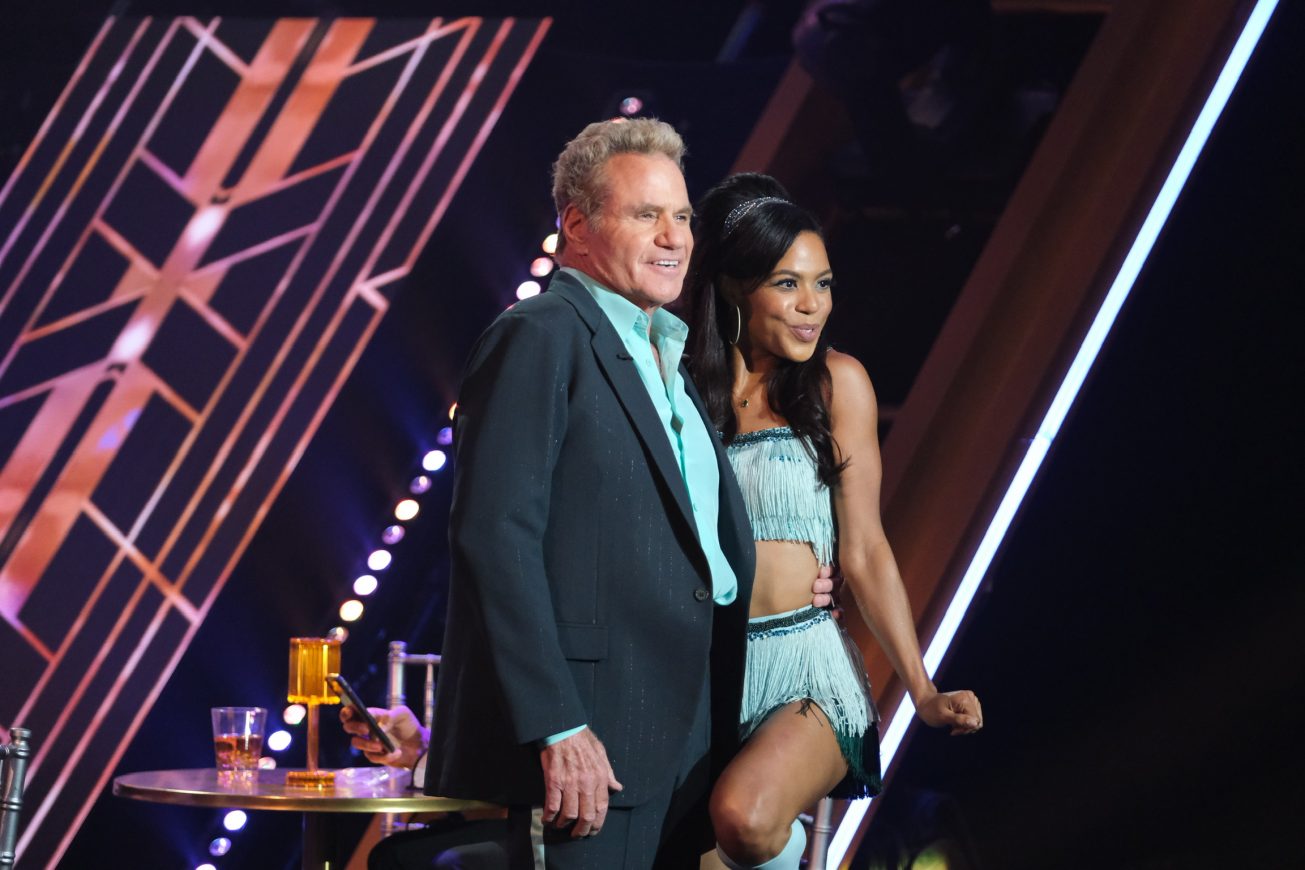 DWTS brought an exciting second episode for Season 30. Of course, life does happen and things took a hit for one couple off the bat. Cheryl Burke announced on Sunday that she tested positive for COVID, meaning she couldn’t actually perform and needed to quarantine. For safety reasons, Cody Rigsby could not dance with a substitute so the show found another way to make sure we got their routine.

The week also saw the first elimination and to say we were not ready is an understatement. The competition is truly beginning and we’re looking forward to seeing how the dances improve as the weeks go on. Let’s go over how each couple did for their second week on DWTS.

Some couples made improvements their second week 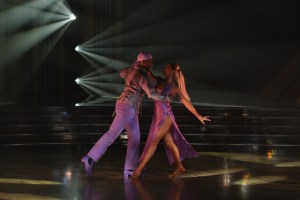 Matt and Lindsay performed a Samba to “Levitating” by Dua Lipa and it was amazing! They did get a 22 out of 40 and some harsh criticism. However, we know they will bring it back and he will improve as the weeks go on! He genuinely looks like he is having fun and has good chemistry with his dance partner.

Val and Olivia Jade danced the Viennese Waltz to “Better Days” by Ant Clemons and Justin Timberlake. They did very well and also appear to work well together, both on the dance floor and when they are practicing. Their scores came out to 27 out of 40.

Kenya and Brandon had the Cha Cha and danced to “Hot Stuff” by Donna Summer. They also did a great job even with some slip-ups. But in the end, she came back strong and worked hard to finish a beautiful dance. They got a 24 out of 40 this week.

The Miz and Witney were up next with a Tango to “Nothing But A Good Time” by Poison. He definitely made sure to control his moves when the time came for it in the routine and The Miz did not disappoint. We’re looking forward to seeing where he continues to go from here. They got a 26 out of 40.

Sharna and Brian danced the Rumba to “Say You Won’t Let go” by James Arthur. Their chemistry is already off the charts as they are a couple, but they truly displayed a breathtaking performance. They practically forgot anyone else was in the room at the end! Their score was 23 out of 40.

Magical performances all around 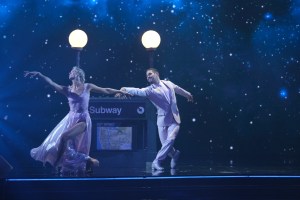 Christine and Pasha were next, dancing the Salsa to “Despacito.” They also did well and got a score of 24 out of 40. What we loved most was getting to see that Christine got to sit in the audience as a fan of DWTS at one time. She has truly come so far in order join the show and we’re excited to see where her journey takes her!

Jimmie and Emma danced the Rumba to his own single, “Make Me Want To.” Jimmie had such a heartfelt reason for his dance and we love seeing how much he is enjoying his time on the dance floor. They got a 27 out of 40 for their score.

Amanda and Alan danced the Foxtrot to “It Had To Be You,” which had a personal connection to her late husband, Nick Cordero. It was a stunningly beautiful dance and we enjoyed seeing Amanda flourish through the routine. They got a high score of 32 out of 40.

JoJo and Jenna were next, dancing the Cha Cha to “Rain On Me.” They perform so well together and we love to see how much fun they have on the dance floor. Their score came to 31 out of 40.

Iman and Daniela were up to dance the Rumba to “You Know What’s Up.” Having gotten rough scores the first week, they impressed the judges with their improvement. Their score reflected that with 25 out of 40.

DWTS made some adjustments due to a COVID positive result

Martin and Britt danced the Cha Cha to “Twist and Shout” in hopes of redemption after a rough start to the competition. Unfortunately, it did appear that despite how much fun they had, their score was still low at 15 out of 40. But he did really do his best and they enjoyed themselves on the dance floor.

Melora and Artem are dancing the Rumba to “All By Myself” by Celine Dion. They did a beautiful job with their performance and we loved watching every second of it. They received a 27 out of 40.

Cheryl and Cody were supposed to be next, but then Cheryl, unfortunately, tested positive for COVID. This meant that they couldn’t perform their routine since Cody had to stay out of the ballroom as a precaution since he was in close contact with his partner. The judges based their scoring on rehearsal footage of their Salsa. They did really well and got a score of 24 out of 40.

Next were Mel C and Gleb, who danced the Foxtrot “Here Comes The Sun” by The Beatles. They did a wonderful job as well and even got a special shoutout from Ringo Starr! Their score came out to 30 out of 40.

The first elimination on DWTS 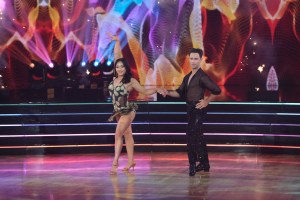 The final dance of the night went to Suni and Sasha. They danced a Cha Cha to “I Like It” by Cardi B that allowed Suni to open up and be more expressive. She has a great partner in Sasha who can help motivate her and pull out the inner aspects of who she is in her dance. Their score was 28 out of 40.

Sadly, one couple did have to go in the first elimination of the night. Britt and Martin were the ones who went home and we miss them already. Especially since it was obvious Martin was there to have fun and really enjoyed himself.

Next week will find the couples dancing to songs by the one and only Britney Spears! We’re so excited to see what they will be performing. Let us know who you are rooting for to make it to the end.