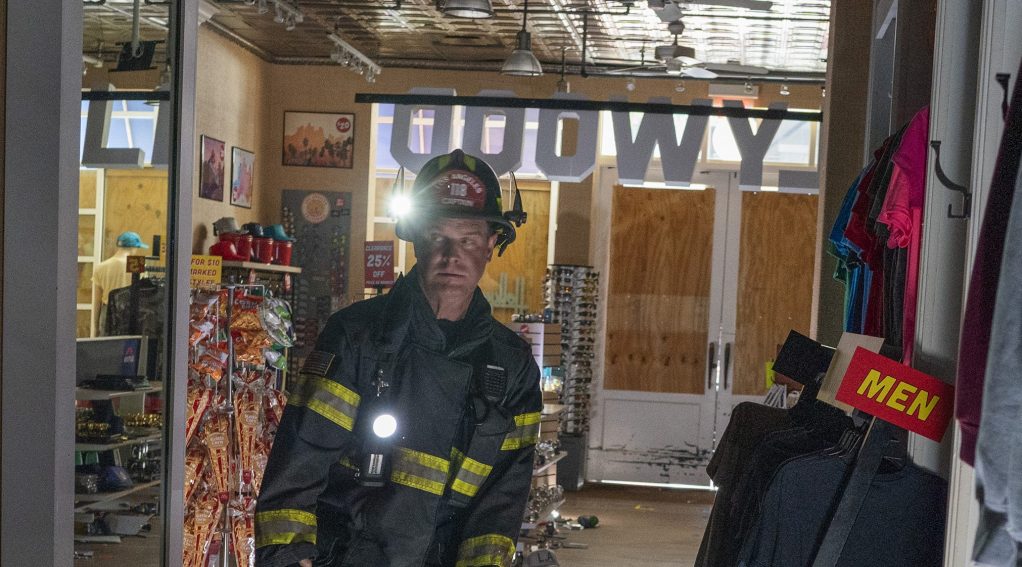 911 on FOX returned with the second part of the exciting three-part season premiere and it did not disappoint. There were so many thrilling moments in the episode, mixed in with angst and overwhelming urges to hug our favorites tightly. Let’s unpack what happened in “Desperate Times.” 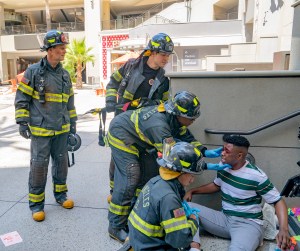 First up, we need to discuss our boy, Eddie. Yes, we’re coming for you first because the next two parts are breaking our hearts so we need to get this out of the way. While this relationship with Ana has gone on for quite some time, it’s been clear over the past couple of episodes that things haven’t felt right. It’s only in a conversation with Buck that Eddie admits that he isn’t ready to move forward in his relationship with her.

Eddie has talked before about how it’s “nice” and “easy” to be with her. They do like each other and enjoy spending time with one another. But when it comes to the idea of being a family, that’s when Eddie seems to struggle.

In his conversation with Buck, Eddie feels like he needs to “stick it out.” Buck, rightfully so, calls him out on that, knowing how it feels to be in Ana’s situation and be with someone who is not all in.

Even though Eddie is still not prepared to deal with the emotional fallout of facing a decision of continuing the relationship or not, deep down, he probably knows he needs to truly figure things out. Because it isn’t fair to himself or Ana to keep a relationship going that isn’t moving forward. It can’t just be for Christopher’s sake, even though we know he clearly likes Ana. Eddie deserves to figure out what he truly wants and if it isn’t Ana, then he needs to let her move on and find someone who will love her the way he doesn’t seem to be able to. And really, Eddie deserves to also have someone he knows he can be enough for without focusing on just his son’s needs. 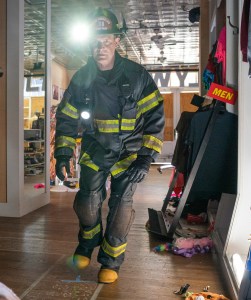 Now, we’re onto Maddie, who is still breaking our hearts. It’s been so painful to watch her deal with things by herself, especially with Chim being at work due to the emergency from the blackout. Maddie’s exhaustion causes her to momentarily close her eyes while giving Jee a bath. When the baby slips underwater, Maddie is distraught and immediately gathers her baby in her arms.

At the hospital, Jee is thankfully given the all-clear. But it’s obvious Maddie is wracked with guilt. It was an accident, but without Chim there to support her, who knows what is going on in her head. Hopefully Maddie is able to turn to someone for help because being alone with her thoughts is not good for her.

A life in danger 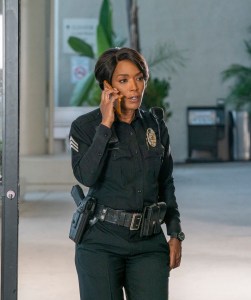 Finally, we get to the ongoing case with Jeffrey Hudson. Somehow in the midst of the blackout, no one was aware that Detective Lou Ransome was missing and in the hospital on life support. It isn’t until Athena is made aware that anyone even knows Hudson has escaped again.

Thinking he might go after his victims, Athena organizes a stakeout, but so far nothing has happened. It isn’t until she sees Lou again and he reminds her she was also a victim that she realizes her family is in danger. Quickly calling Bobby to get to the house, Athena rushes home to find it empty after a party David and Michael held.

All seems fine until they realize Harry is missing. Jeffrey had snuck into the party and taken Harry without anyone noticing.

One thing I will say is that if one hair on that boy’s head is out of place, I will be joining Athena and the 118 in kicking his behind to Timbuktu.

The next episode will continue as the crew tries to find Harry. Make sure to join us for another exciting episode!

What did you like about this episode of 911 on FOX? Let us know in the comments!