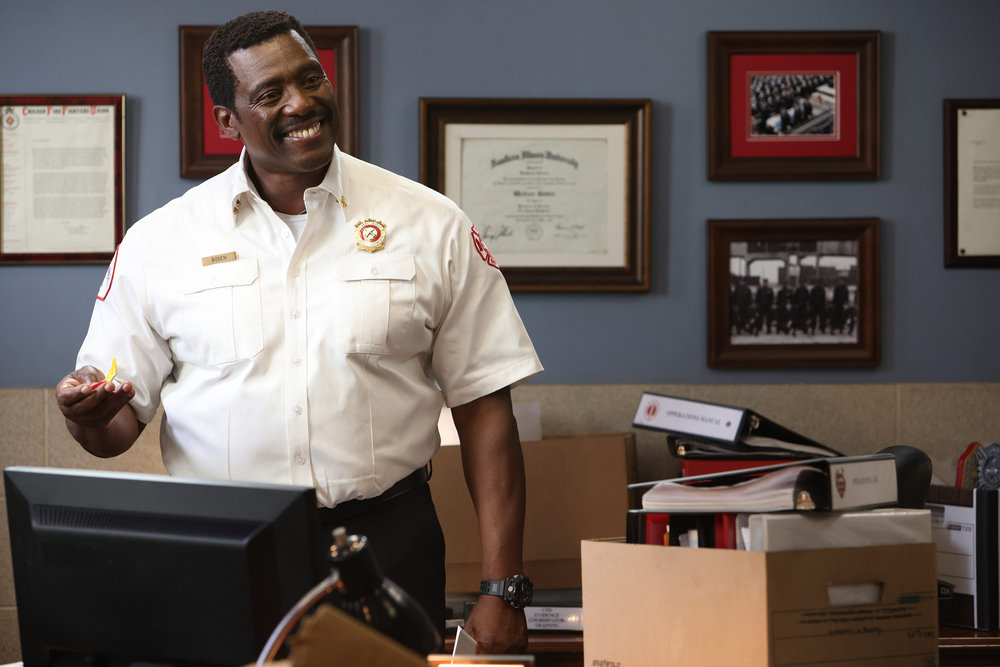 Things kicked off where they ended last season and then took us on an epic adventure! We loved this premiere and the way it has set things up for this season. Gallo and Ritter were at it again in their attempts to come up with another way to make money. But Violet was all in this time, as long as she and Gallo could figure out a way to get along! There was love everywhere in this episode from couples to the family that 51 always shows us they are! Things are definitely going to be changing but I think it’s all going to work out just fine! So keep reading for my Chicago Fire 10×01 review!

I’ll be honest, I wasn’t entirely confident that everyone was going to make it out from that sinking boat situation. This is just a show that I feel no character is ever safe and you never know who could be leaving. So I breathed a huge sigh of relief when everyone turned out to be okay. There was a moment or two that Joe had me pretty concerned. And I understood that he would feel such a sense of gratitude to Severide and think he owes him. But I was also pretty glad that Severide set him straight in a roundabout way. They don’t owe each other when they rescue each other. Because it’s just what they do. It’s part of being a team and a family. 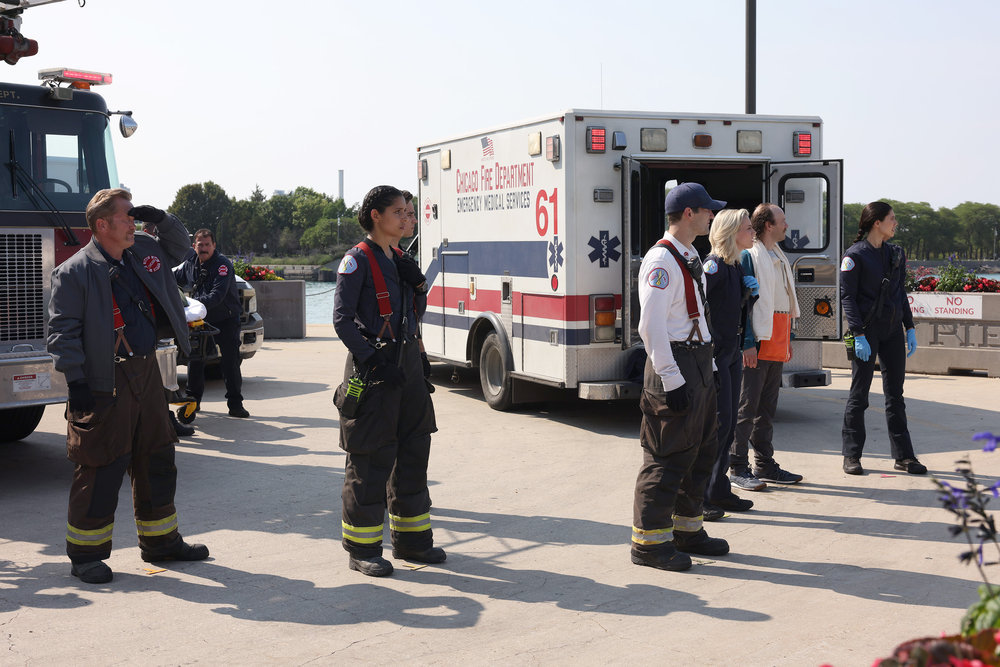 The beginning of the episode wasn’t the only time I found myself worried, though. When Gallo and Kidd fell through the roof I was freaking out again. But Severide once again was there and ready to get his family out safely. And then there was Casey making some bold moves for a kickass rescue. There were a million ways that could have gone badly. But between his perfect swing and Mouch’s perfect catch, our Firehouse 51 family did nothing but kick ass and save each other all episode long. And that’s definitely what I love to see. It certainly has me ready for an action-packed season!

Violet and Gallo need to figure their shit out. Because I was so right there with Ritter when he gave them that look and just said “Really?”. Sure, it seemed like he was more talking about the two of them getting along for a whole 30 seconds. But I think it was also an expression of good lord just figure it out and get together already. Casey and Brett certainly seem to be figuring things out. Except for the part where they really thought they could hide what was happening between them from the rest of the house. Come on, now. There really are no secrets in that house. Especially when it comes to relationships. The only one who I think there could have been a chance of Casey and Brett fooling would have been Gallo!

Severide and Kidd were so freaking adorable that I almost couldn’t stand it! I hope we get to see their wedding this season because I don’t know how long I’ll be able to wait to see them finally get married! But I would be more than okay with not seeing Severide’s mom anywhere near the event. I would also be more than okay with just not seeing her again. Yes, I get that she’s his mom and I understand her experiences with his father were utterly terrible. But she can’t put that on Severide and she can’t just assume that he’s going to be just like his father. Hearing that, especially from her, is the last thing Sev needs. I swear if she freaks him out or does anything to ruin this wedding, I’m going to scream! Just let Stellaride live happily ever after, dammit!

I think we’ve all known there are major changes coming down the line for a while. But as Boden said, I’m confident that no matter how things shift or change, this family is always going to be a family. As much as I would love to see things stay the same, I’m also loving how all of the characters are growing and evolving. So I think it will be great for Boden to advance in his career and I’m sure we will see him just as often. And I think the same will go for Kidd as she continues moving up in her career. This family isn’t going anywhere and they are never going to stop supporting one another. That’s something I’m always certain of with this show. 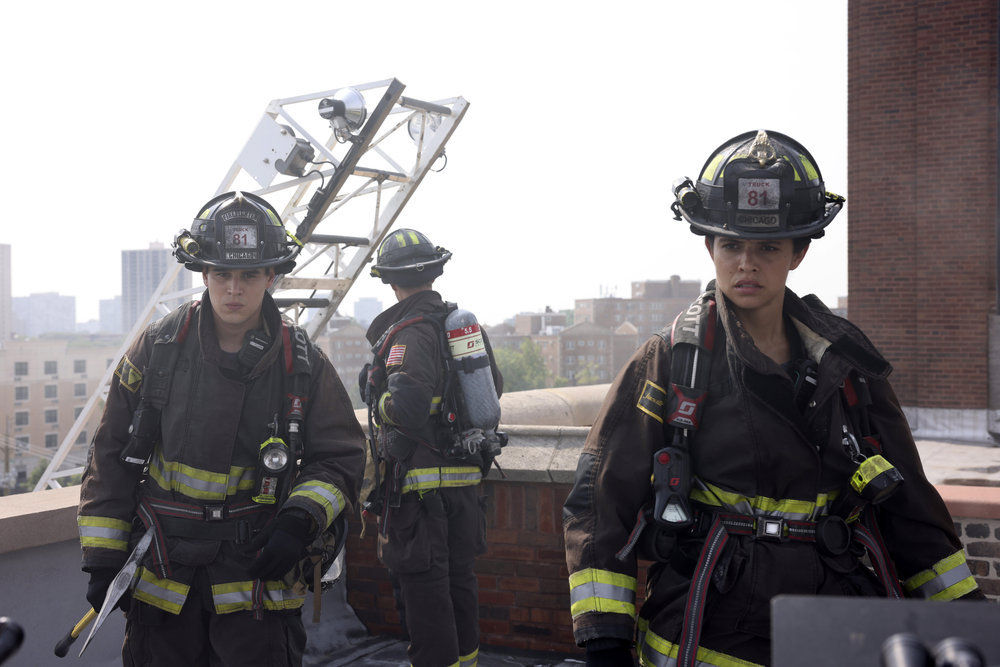 What did you think of Chicago Fire 10×01? Were you worried that everyone wasn’t going to make it out in the beginning? What about when Kidd and Gallo fell through the roof? How are you feeling about the changes that are happening at 51 with people moving up and accepting new jobs? Do you think we will still see all of our characters just as often? How are you feeling about all the love happening on the show? Are you excited about what’s going to come next for all of them? Find and follow us on Twitter @capeandcastle to share all of your Chicago Fire 10×01 thoughts with us! You can find me on Twitter @Sarah_Jeanne17! Also, be sure to check out our site for more articles on all things Disney and beyond!