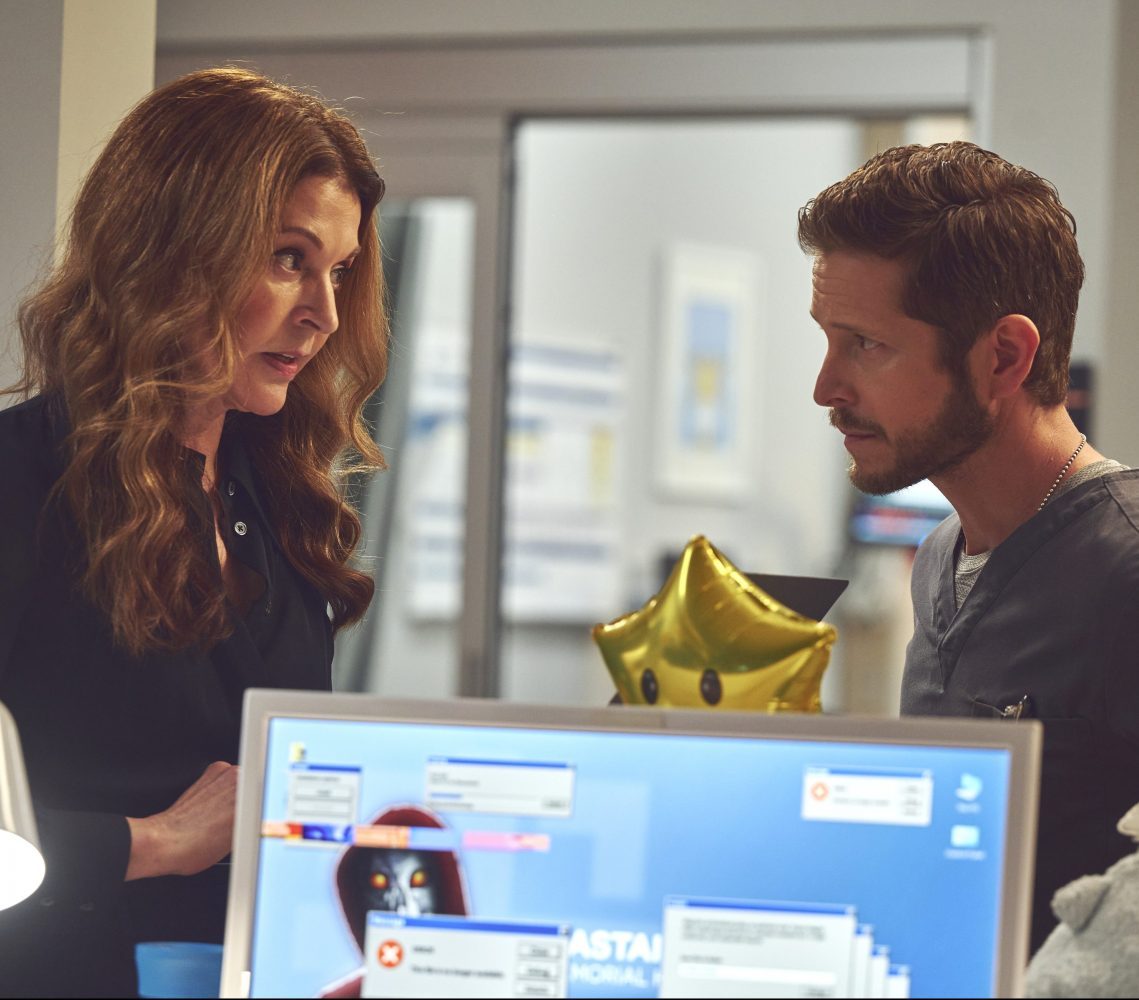 Conrad is owning his new job as Dad and it had me melting! The whole episode would have had me all in my feels except for the fact that wondering what is going to happen to Nic was hanging over my head like a storm cloud the entire time. And on top of being worried about Nic, there was the worry left for Devon at the end of the premiere! But wait, there’s more! Chastain was also under attack by cybercriminals. So keep reading for The Resident 5×01 review!

It was obvious how much Conrad was missing Nic, but I think a spa getaway was something well deserved and needed! Plus, it gave the opportunity for more Conrad and Gigi! I totally understand Nic’s concern about how Gigi would do without her for a bit. Never mind the foreshadowing. But Conrad definitely had things under control. And hearing Gigi say Dada by the end of the episode was so freaking adorable! I have to give Conrad major props for how well he was able to balance things, too. Because it’s not like things were calm at Chastain. But Conrad was handling everything that came at him pretty freaking well. Though this is Conrad I’m talking about, so I wasn’t really surprised by how well he was handling everything. 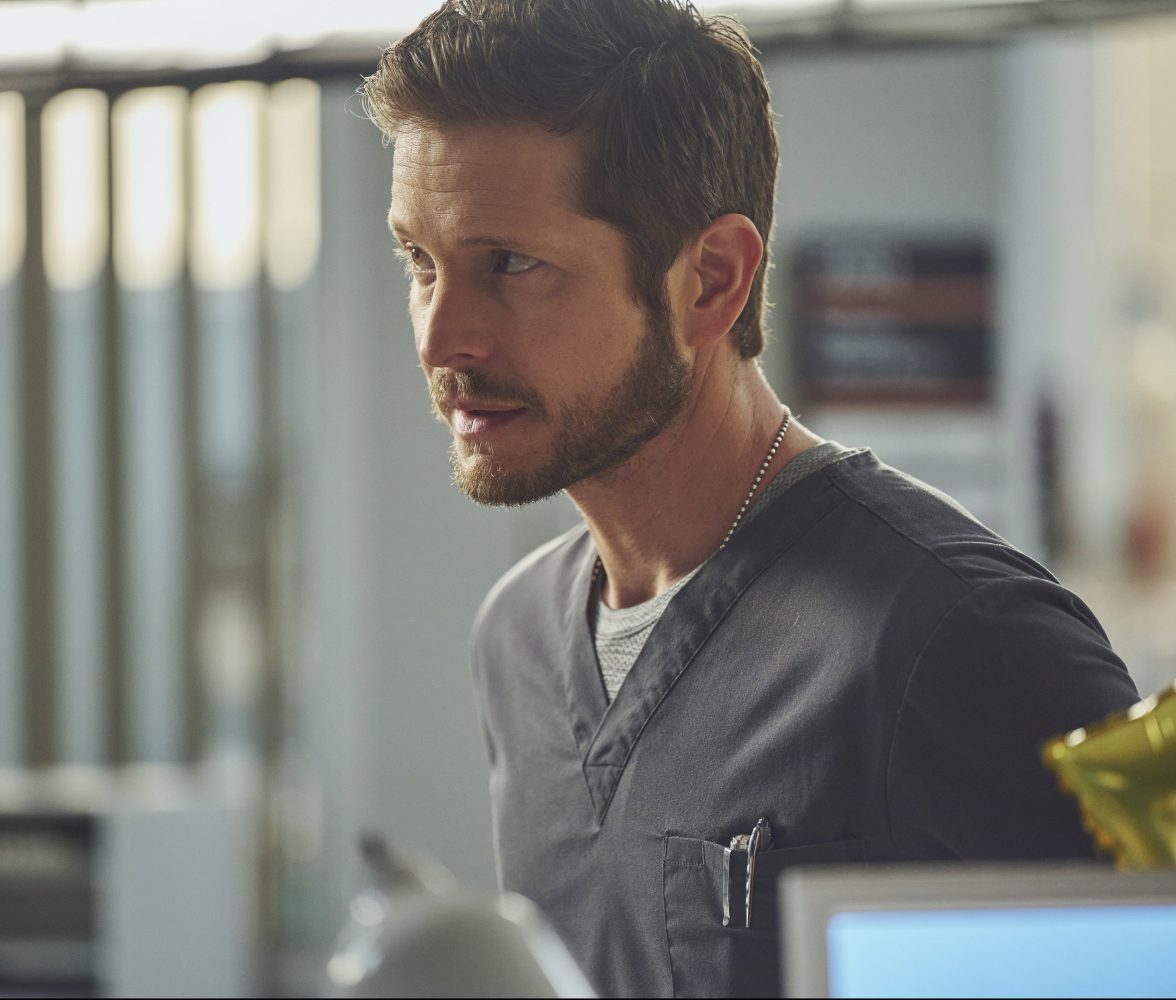 The foreshadowing with showing Conrad in the role of a single parent was plenty. But then they had to go and show us a story that had so much foreshadowing in it that it couldn’t be ignored any longer. The father revealing to Conrad that his wife left him with an infant daughter and how it’s been just the two of them? Come on! This show is hitting us in our feels and then pouring salt into the wound. Nic isn’t even gone yet and I was sobbing about this guy having a heart attack and leaving his daughter alone and what I know is coming. So I’m sure when it actually happens I’m going to be a complete wreck. Someone may as well get the fanbulance ready and waiting now.

Trying to look on the bright side of things, I was really excited to see how Kit and Bell are doing. And I was not disappointed. Kicking things off with breakfast together? Adorable! And from the way Bell looked at her so she could lay the towel down on the table first told me this has been happening routinely. Yay! Except that when Bell asked Kit to go to dinner with him, she declined. Which sucked. And from the way they looked at one another, it was pretty freaking clear that Kit had wanted to say yes. So I’m hoping she genuinely was tired and doesn’t have some other reason for telling Bell no. Also, I was hoping that kiss on the cheek was going to be a kiss on the lips, dammit. Maybe next time!

Then we had Devon and Leela being ridiculously adorable! I love the way they smile when they are with one another. And I have a feeling they will be moving in together sooner rather than later. Because I’m absolutely sure that Devon is going to be fine. And I refuse to accept anything else. So he and Leela are going to have all of the time to keep being adorable together! The premiere definitely had me feeling the love but I could have done with seeing Irving a bit more. And unless I missed it, I didn’t see Jessica at all. So I’m hoping we get to see those two lovebirds soon as well. We’re going to need to see more love with the tragedy that’s coming on the show.

Kit and Marshall handled the cyber attack like the badasses that they are. I love that Kit wasn’t going to back down and I love the support she had from our core characters. But the teamwork between AJ, Bell, Conrad, and Devon was freaking magical. Sure, emotions were high and the devastating situation they were faced with led to some tension. But I will watch this team do what they do best any damn day of the week. These characters have all come so far and this season premiere showed that tenfold. And then the way they helped with Gigi and told Conrad that it takes a village? My freaking heart! This hospital family is phenomenal! 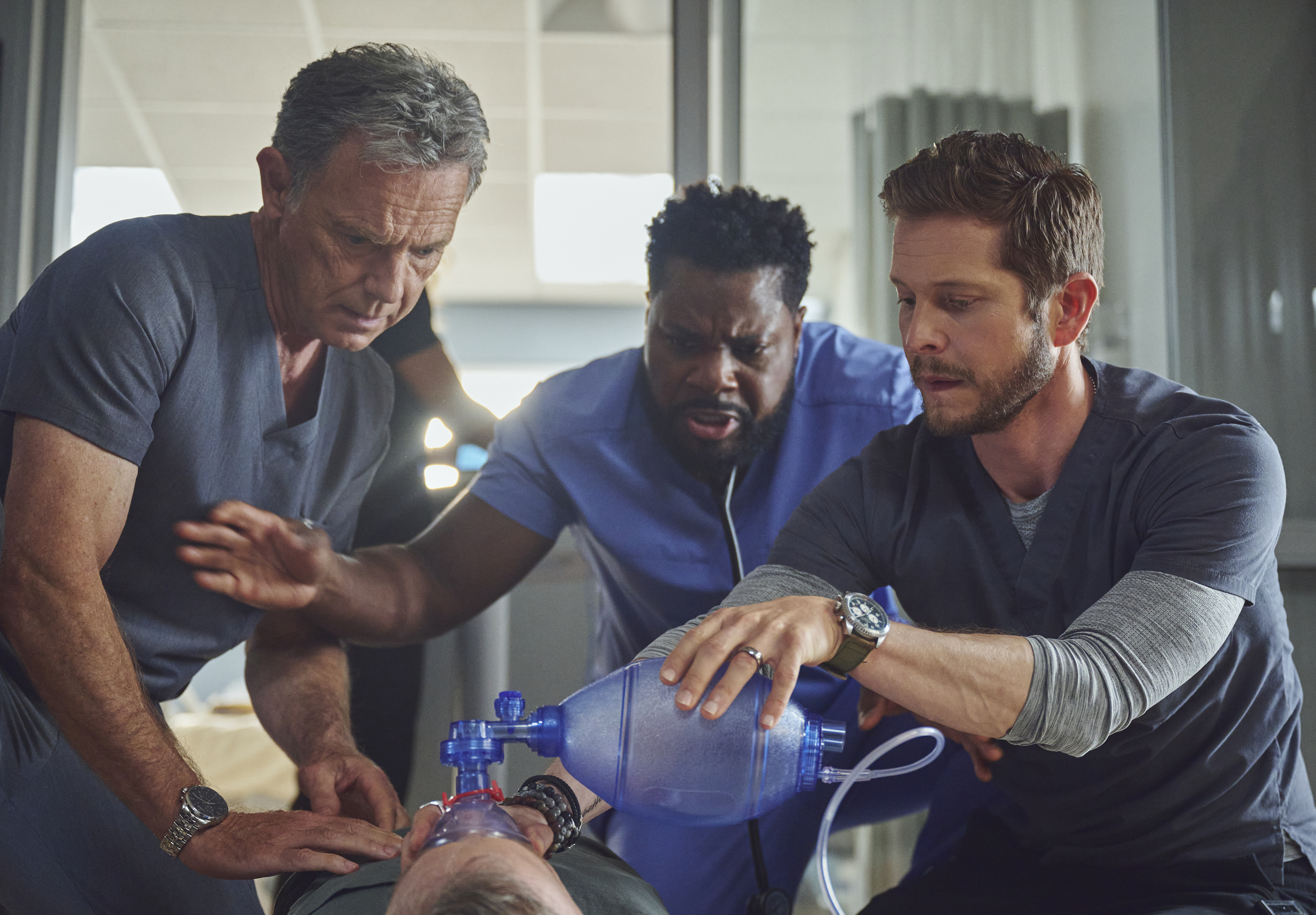 What did you think of The Resident 5×01? Are you as anxious about what’s going to happen to Nic as we are? Do you think Devon is going to be ok? What do you think is happening between Kit and Bell? Was she genuinely tired or did she have some other reason for turning Bell down? What about Conrad? Are you as worried about what’s going to happen with him after something happens to Nic as we are? Because we’re pretty freaking worried! And already crying about it! Also, side note, did you all know the song playing at the end of the episode is sung by Bruce Greenwood? We strongly recommend checking out his other songs. Find and follow us on Twitter @capeandcastle to share all of your thoughts on The Resident 5×01 with us! And you can find me on Twitter @Sarah_Jeanne17! Also, be sure to check out our site for more articles on all things Disney and beyond!