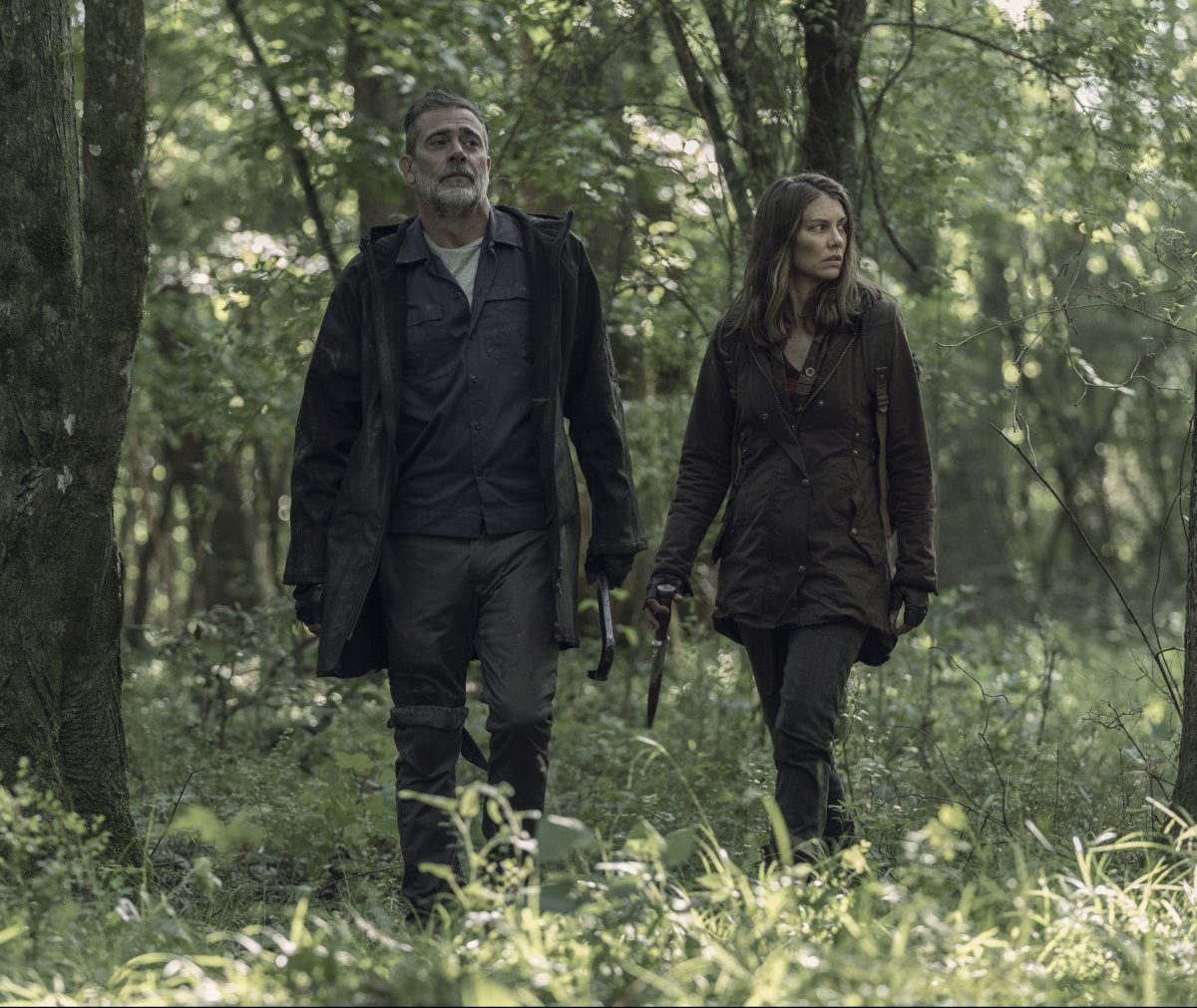 Aaron, Carol, Jerry, and Lydia take a little adventure to Hilltop and find a not-so-pleasant surprise! Meanwhile, Maggie and Negan are able to make it to the rendezvous point but argue about whether or not they should wait for the rest of the group to come. Then there’s Eugene, Princess, Yumiko, and Ezekiel who have found what seems to be a utopia in the Commonwealth. But looks certainly can be deceiving! So keep reading for The Walking Dead 11×05 review!

Just when I was starting to become hopeful we wouldn’t see whisperers ever again, one of them appears. And after capturing that one, named Keith, that leads them to find more whisperers. But these ones seem to be just doing their best to survive. But with all the trauma Aaron is dealing with, including having nightmares of not being able to protect Gracie, he isn’t exactly in the mood for mercy. Though I had to side with Carol when she decided Aaron letting a walker bite Keith’s hand was taking things too far. And not only was Keith not terribly angry about having to cut off his hand because of Aaron’s actions, but he also gave them some information. Connie is alive! Or at least she was the last time Keith saw her in the woods nearby. 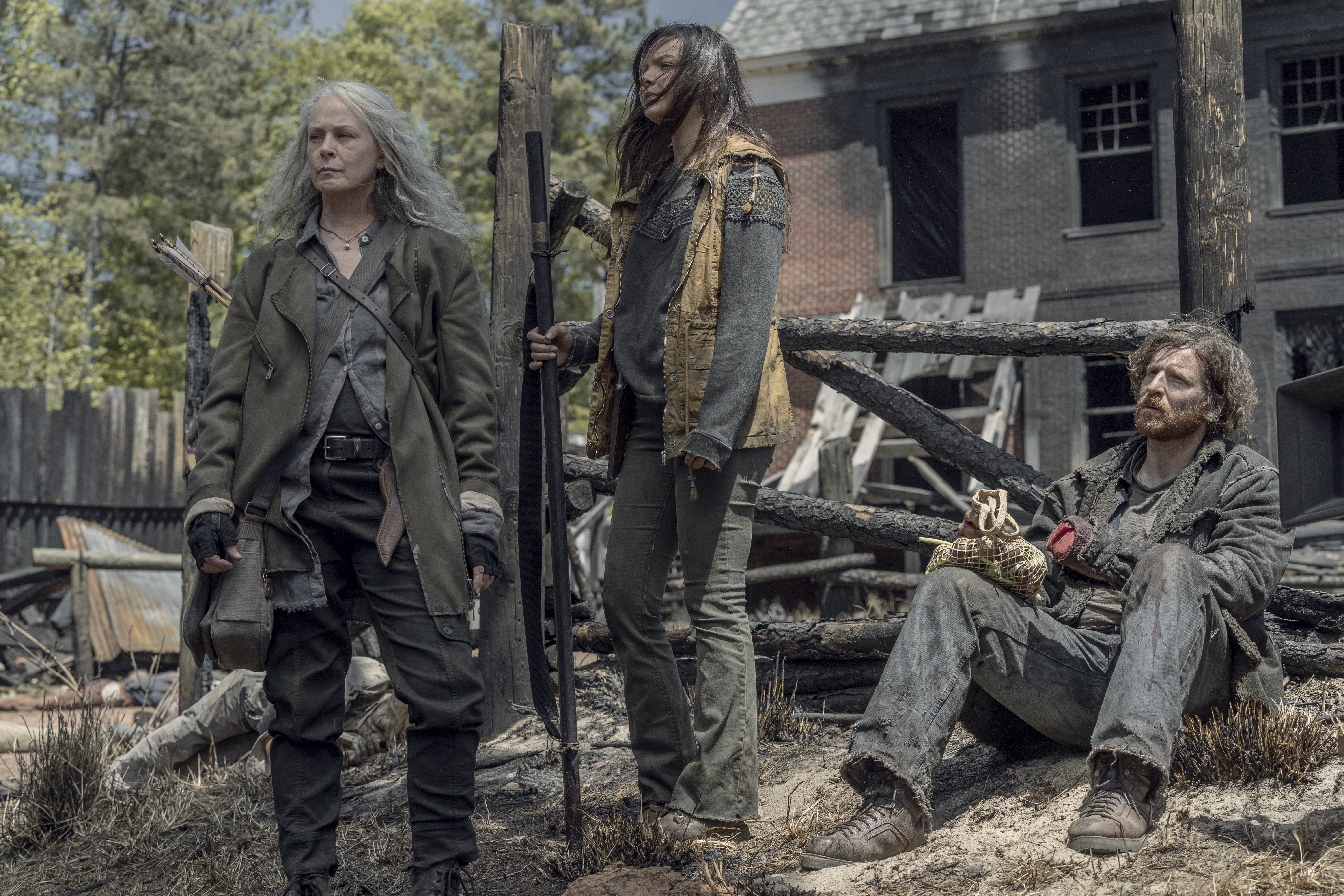 The Commonwealth looked like a freaking utopia. Along with seeming way too good to be true. And you know what they say about things that seem too good to be true. Something I agree with wholeheartedly, especially when it comes to this show. But I’m sure that Princess and the others are going to be the ones to unravel the mysteries of the Commonwealth. Eugene certainly seemed suspicious and I’m absolutely going to side with him on this one. Especially since he’s totally right and our group ends up in trouble in no time. Now they’ll have to go in front of a judge. But there was one good bit of news out of Commonwealth and that’s Yumiko being reunited with her brother. At least for the time being.

I’m really continuing to struggle with Negan and my feelings toward him. It feels like it’s two steps forward and one step back with him. But there are also times where he makes a lot of sense. And it’s obvious that Maggie is struggling with what to think of him as well. She has every reason in the world to hate him. But she has continued to travel with him and she even saved his life. When they made it to the rendezvous point and Negan didn’t want to wait, I hated to admit that he had a point. And he was being reasonable about waiting until sundown. Even though I wouldn’t have wanted any more people to be left behind. But instead of arguing his point with Maggie, Negan also could have just left her. And he didn’t.

Luckily the argument was put to an end when the others found their way to the rendezvous point. At least Gabriel and Elijah anyway. But they made the decision to continue waiting. Something that Negan was so clearly unhappy with. But yet he still didn’t make the decision to leave the rest of the group behind. And I don’t think that’s a decision he is going to make any time soon. Because despite what everyone wants, I think that Negan is a permanent part of the team. So everyone is just going to have to start finding a way to move past the things he’s done. Except for Maggie. I’m not sure where things are going to end up there but I don’t see her ever forgiving the man. I do however see her accepting that he is with them. And that’s something.

I hope that with this being the final season, we get to see more of the kids. But instead of them just being in the background, it would be great to see them get their own storylines. Watching Judith take on bullies as if she was a semi-normal kid and wasn’t in the midst of the freaking apocalypse was nice. Plus I’m always game to watch Judith kicking some ass. Especially when it’s with little punks who think it’s funny to mess with walkers and speak about someone’s dead parent. Little assholes. But at least they won’t be bothering Judith again anytime soon. If they know what’s good for them that is. Because it’s clear that Judith is going to be quite the leader as she grows up. 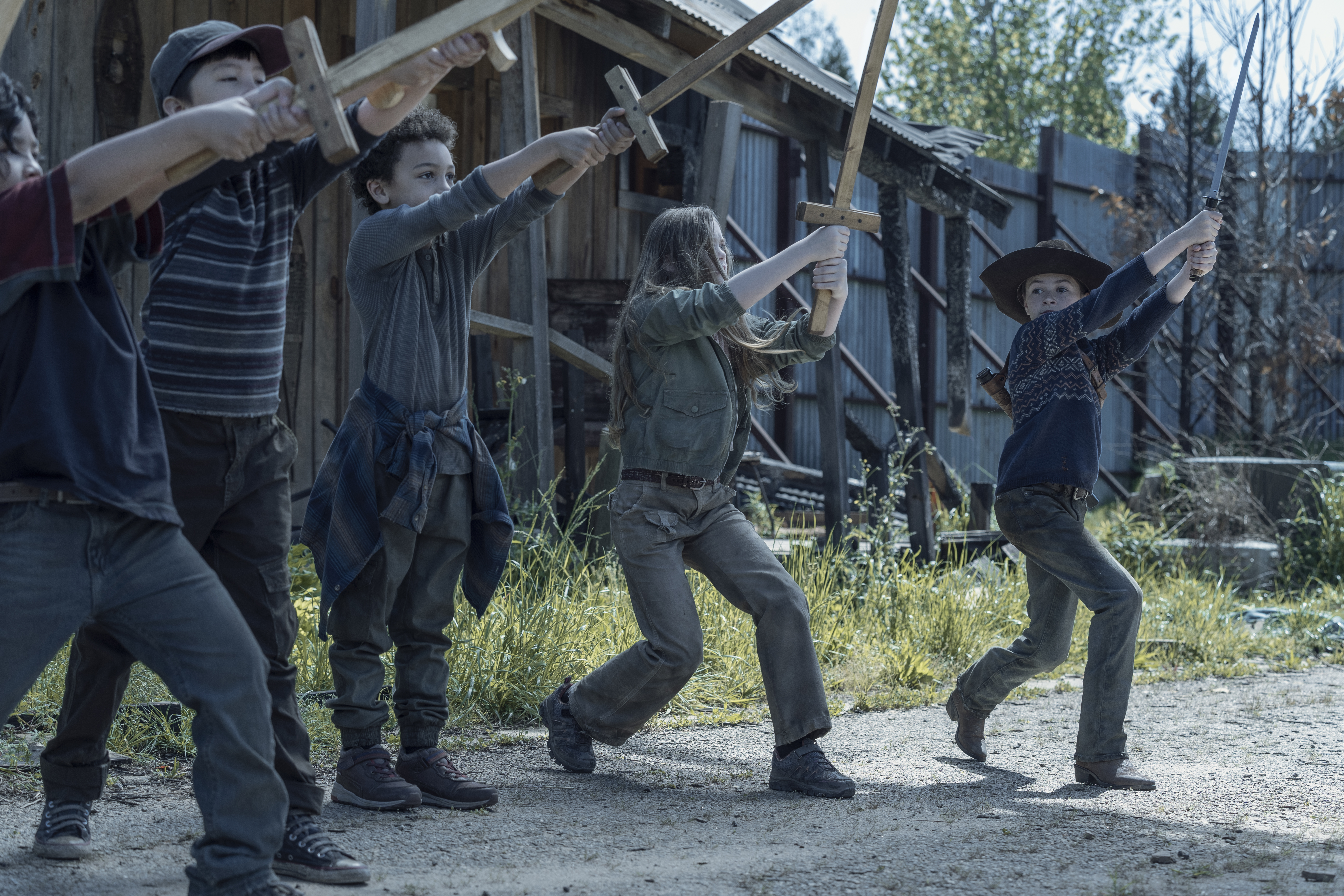 What did you think of The Walking Dead 11×05? How do you think things are going to end between Negan and the others? Are they finally just going to be able to accept him as part of their group? Will he and Maggie ever be able to find a way to coexist or be in one another’s presence? Or are they just doomed to fight forever until one or both of them dies? What’s going to happen with our group in the Commonwealth? Is it a place too good to be true? Did Aaron go too far with Keith? Or were his actions necessary? Is Connie really alive? Find and follow us on Twitter @capeandcastle to share all of your thoughts on The Walking Dead 11×05 with us! Be sure to also check out our site for more articles on all things Disney and beyond!