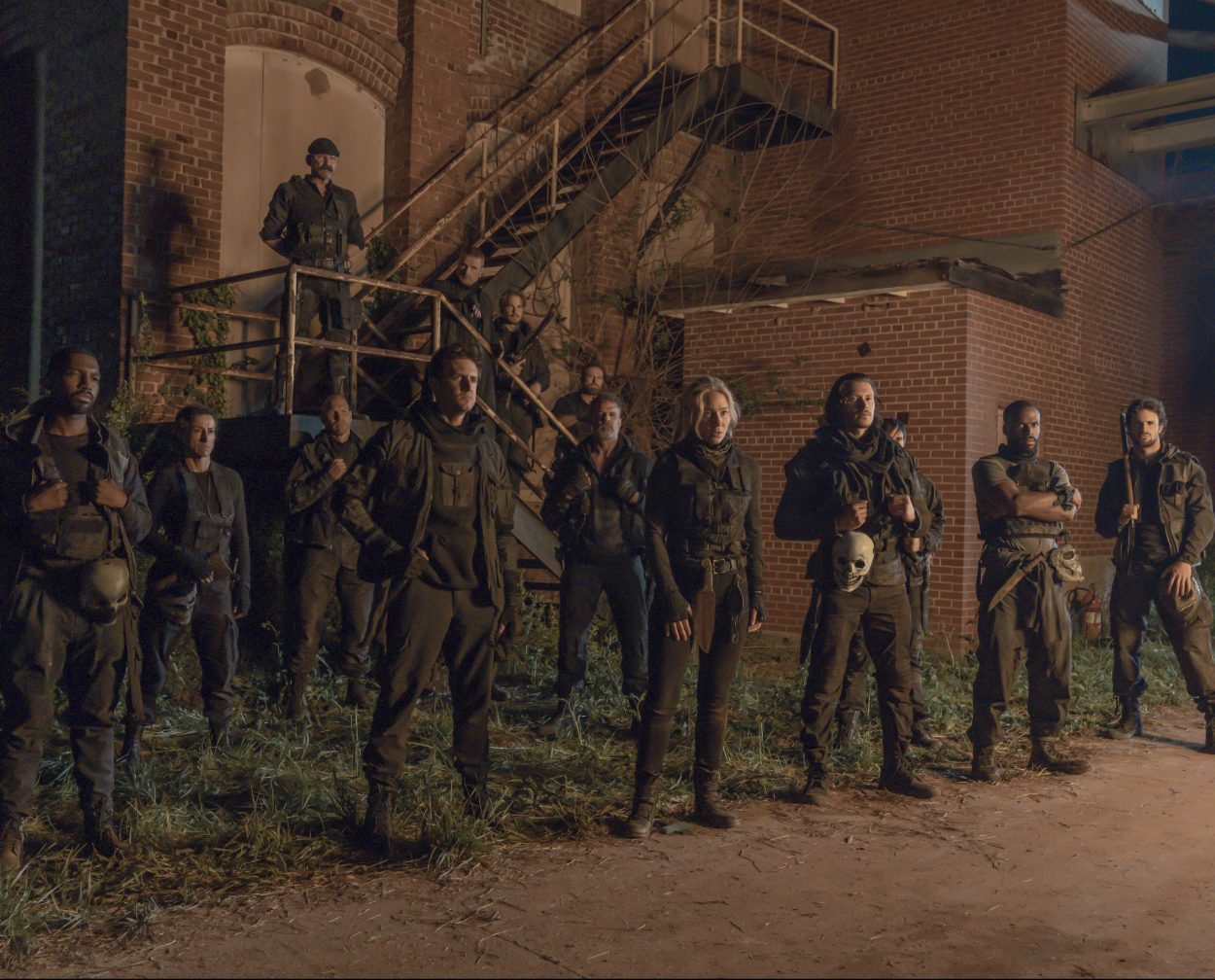 Ask and you’ll receive, I suppose! I wanted to know more about the Reapers and exactly what the hell their deal is. Well, this episode delivered that and so much more. Everything was coming up Daryl in this episode as well, something I’m always going to be here for. Even if it usually involves him being beaten up or tortured in some horrific way. But this time around we get to see a blast from the past for Daryl who is the key to those Reaper answers I wanted so badly. You know what they say, be careful what you ask for. So keep reading for The Walking Dead 11×04 review!

I had mentioned in a previous review that it was clear the Reapers were cult-like in their actions. And that they possibly felt they were religious. This episode showed a bit more on that and I think it was even worse than what I had imagined. The Reapers are basically a bunch of mercenaries who feel God has chosen them. What has he chosen them for? Well, either that wasn’t made clear or they don’t know themselves because I didn’t hear any details about what they think their “higher purpose” is. Just that they miraculously survived bombs falling around them and took that to mean God had a bigger plan for them. Pope is about as shady as they come though and I know with complete certainty he’s going to end up causing nothing but trouble. 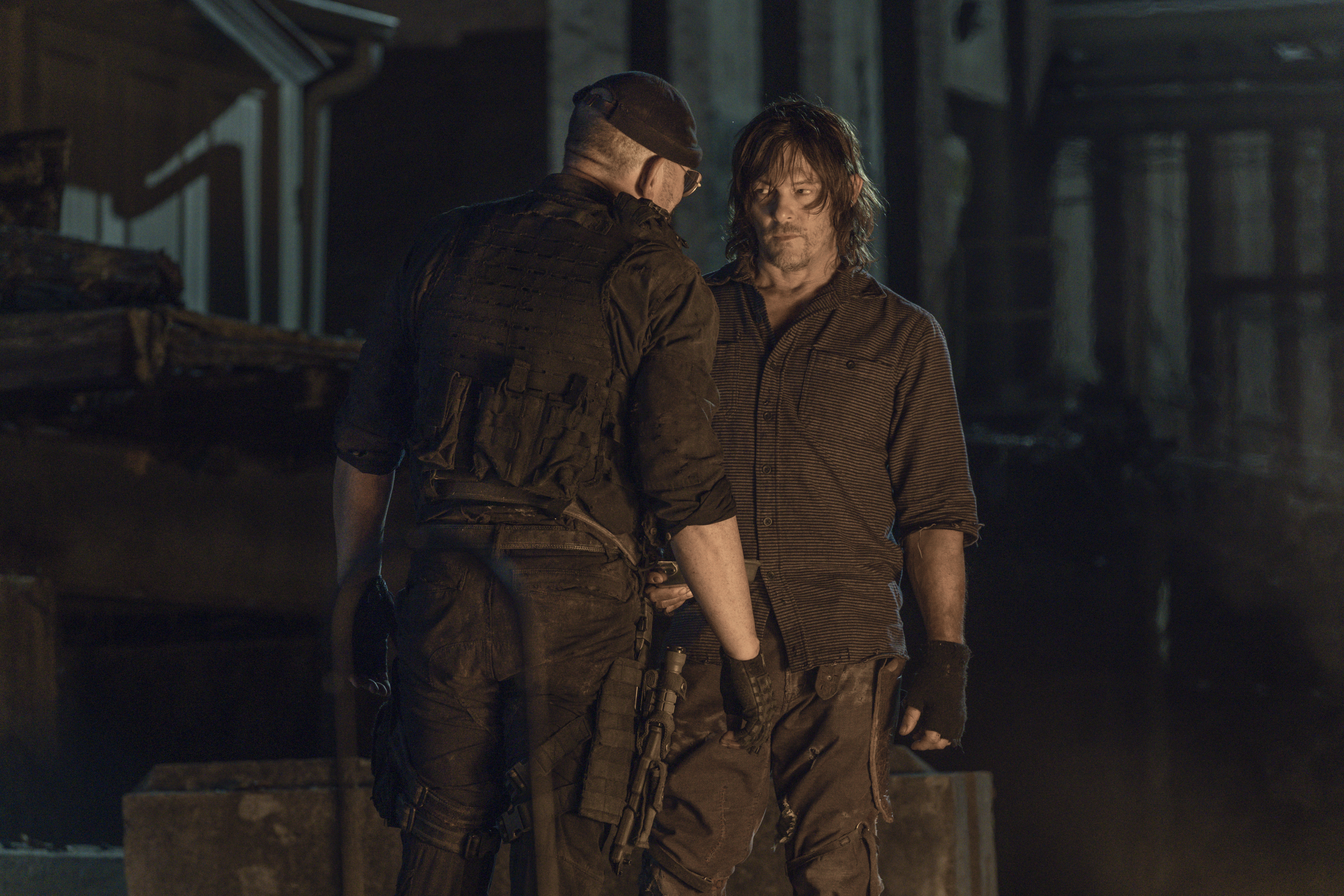 Then there’s Leah. I figured we would be seeing her again at some point this season with everything coming to an end. But I definitely could not have predicted how she was going to pop up again. I know she’s a badass but I was hoping she was going to be a badass for the good team. And the Reapers are most definitely not the good team. But I’m going to assume that Leah was a bit vulnerable after Daryl left and that Pope took advantage of that and her. So I’m also going to hope that Daryl being around is going to bring Leah back to the good side. Because after everything I learned in this episode and trying to give the Reapers the benefit of the doubt, I’m more sure than ever that they are the bad guys.

There’s also the question of how Maggie comes into play with the Reapers. Or is going to come into play with them. I still remember her being “marked” by them last season. Just like I still have no idea what that freaking means. It clearly doesn’t give her any kind of advantage because the other Reaper attempted to kill her. Unless that Reaper was operating on his own agenda or didn’t get the memo not to kill Maggie. But I really doubt that’s the case. So just what exactly does it mean that Maggie has been marked? Do they want her to join them the way they’ve allowed Daryl to join them?

Maybe I’m completely off base and Maggie just did something to piss them off and now they want to kill her. Either way, I still have many questions that I’m going to need some freaking answers to. I also have a lot of questions about how Daryl is going to find his way out of this one. I know that he’s resourceful and is clearly playing at something. I just don’t know what exactly he’s playing at. But I’m going to hope that he’s able to either get back to the others and warn them about the Reapers or that the others are going to be able to find and save Daryl. Though they seem to have a lot on their plates to deal with before that.

Leah said that she is Pope’s right hand. But if that’s true, then he clearly doesn’t care about the other Reapers despite acting as if he does. I refuse to believe that he had any idea Daryl was going to save Leah and then himself when he locked them in that room. Sure, he states that a rule of the Reapers is not to leave one another behind. But if that was really how he felt about things, he’s not doing a very good job acting on it. He came awfully close to losing Leah. And Pope’s rules seemed like nothing more than an excuse to kill Bossie and make the others think he was doing it for a noble cause. So let’s hope Daryl is able to make Leah see the light and have her join the ranks to take the Reapers down. 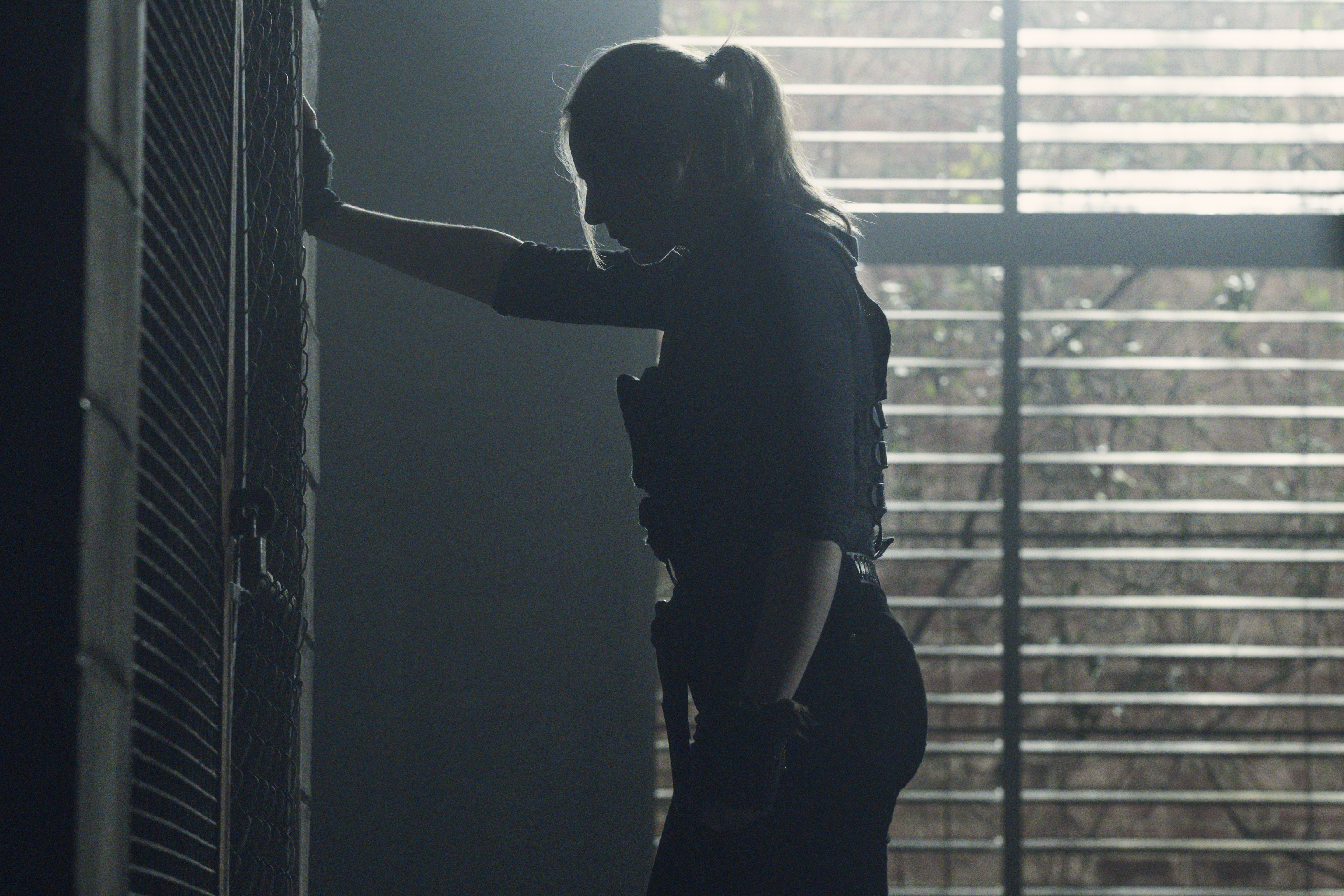 What did you think of The Walking Dead 11×04? Were you surprised to see Leah with the Reapers? What do you think about Pope and his rules and reasonings? Do you feel like the Reapers are more of a cult? How do you think Leah came to join the ranks of the Reapers? Will Daryl be able to get the two of them out of this situation? How are the Reapers going to come into play as the season continues? Find and follow us on Twitter @capeandcastle to share all of your thoughts on The Walking Dead 11×04 thoughts with us! Be sure to also check out our site for more articles on all things Disney and beyond!