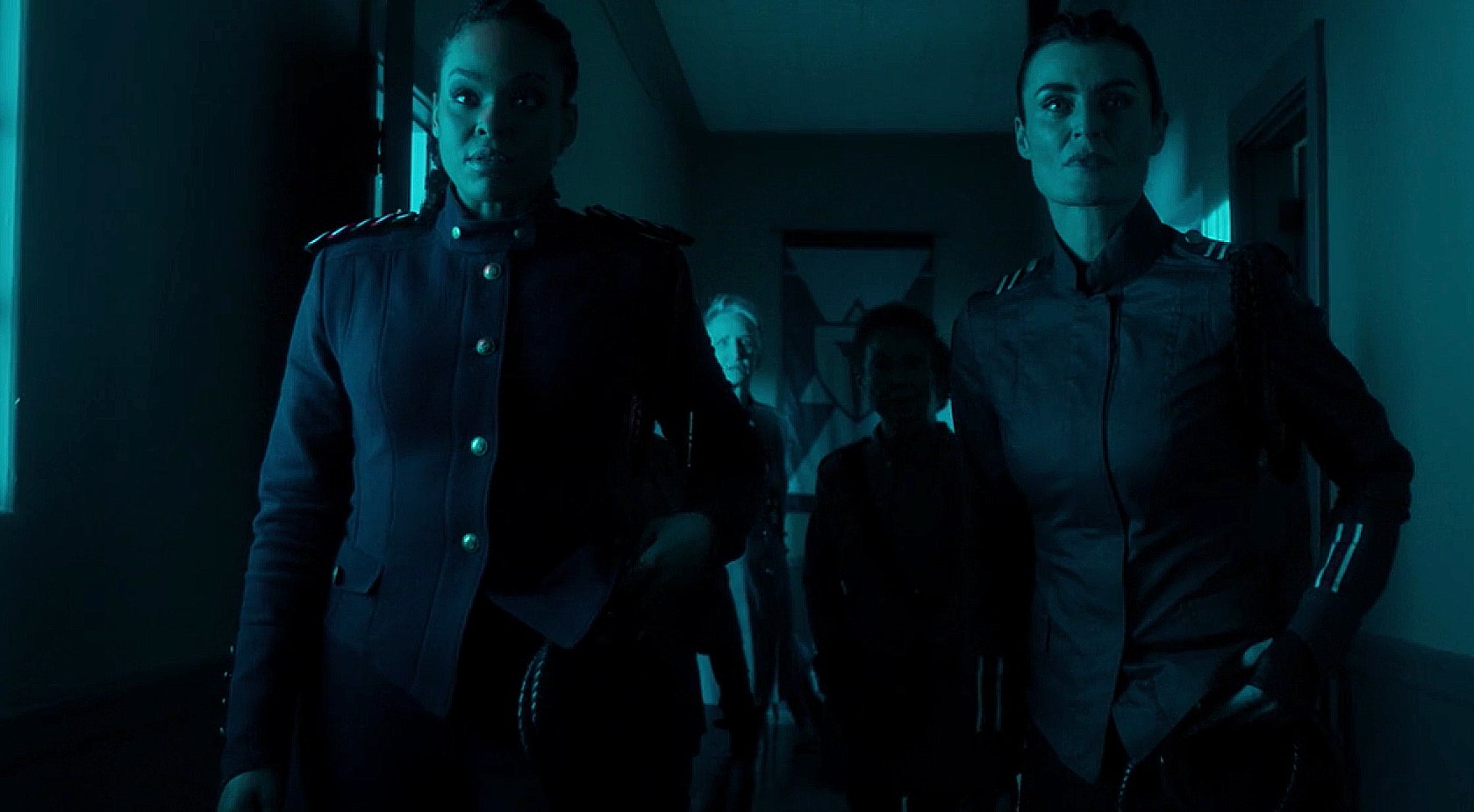 Last week (review here). the unit made a stand in the name of doing the right thing and gave justice to the past. This week, the Camarilla brought the fight to Fort Salem’s doorstep. The unit as well as friends and allies are faced with impossible choices as the great war began. 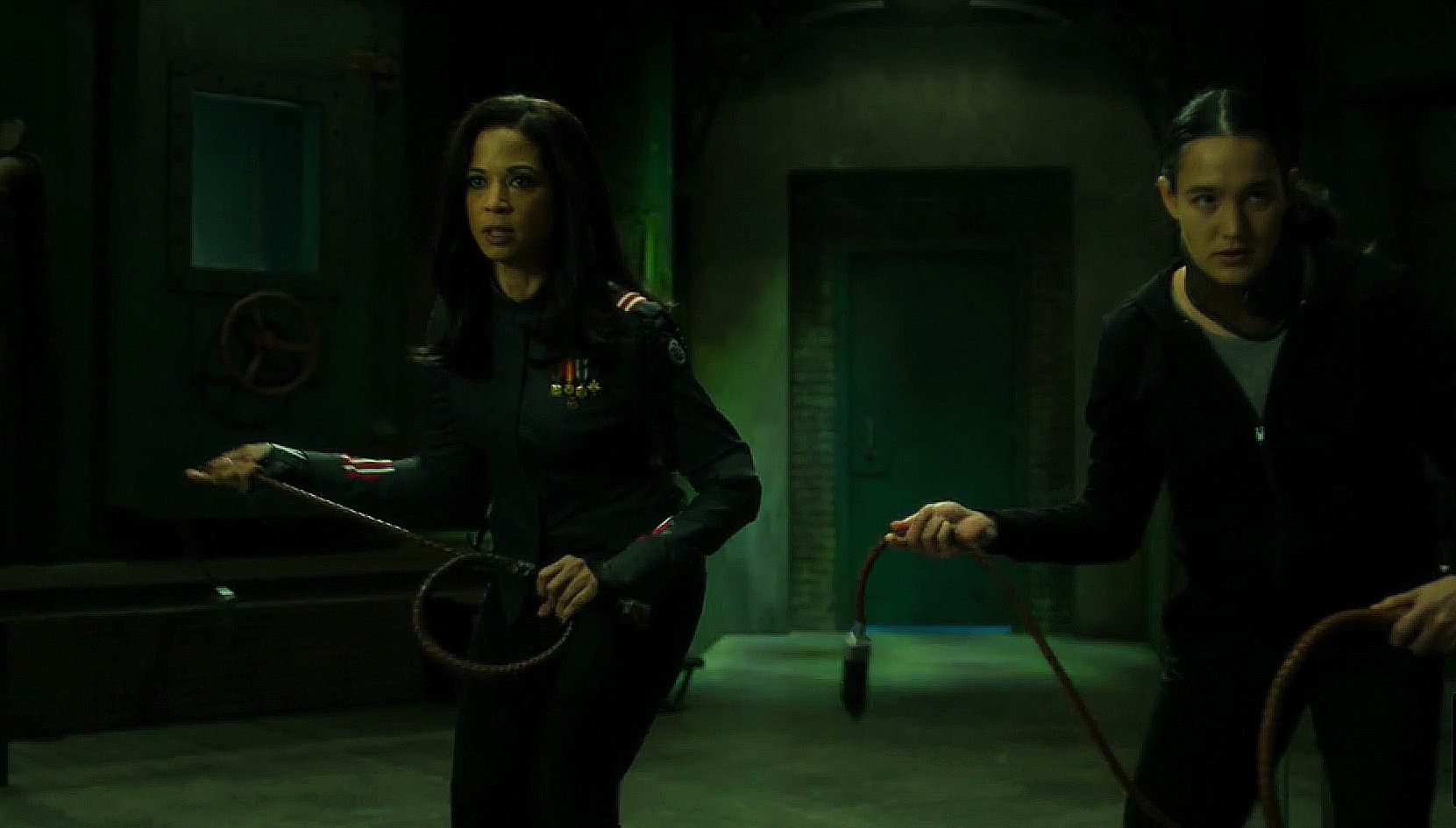 The War is Here

The witch plague came to Fort Salem and the Camarilla followed wreaking havoc. The war was now on their doorstep. Petra and Anacostia quickly laid out a ground plan to fight back even though their forces were quickly dwindling. That didn’t mean they had no strong allies. Though no longer the general, Alder and her biddies came to help with the fight. The battle came to them swiftly. While Alder and Anacostia went to gather the officers, Petra and Nicte faced off with the head of the Camarilla.

Anacostia and Alder put up a hell of a fight but Alder’s biddies were inflicted with the witch plague and the magic that kept Alder so young was destroyed, leaving her on the edge of death. We, and the whole fandom, were devastated. This was such a massive hit to our core. Yes, we’ve been feeling shady about Alder all season, but she handled all of her transgressions and retirement with honor. She was the first true soldier. She carried that air of immortality. We didn’t expect to have to say goodbye to her.

The War is Now

The unit had to act fast as the witch plague tore down countless witches. Adil hurried to get to Khalida before the Camarilla did and we finally got a show of her power. When a Camarilla soldier was about to kill him, she broke him apart into molten rock without breaking a sweat. While we understand and respect Khalida’s intention to remain passive, we were excited to see her in action and proud. There are times when you have to protect those you love. 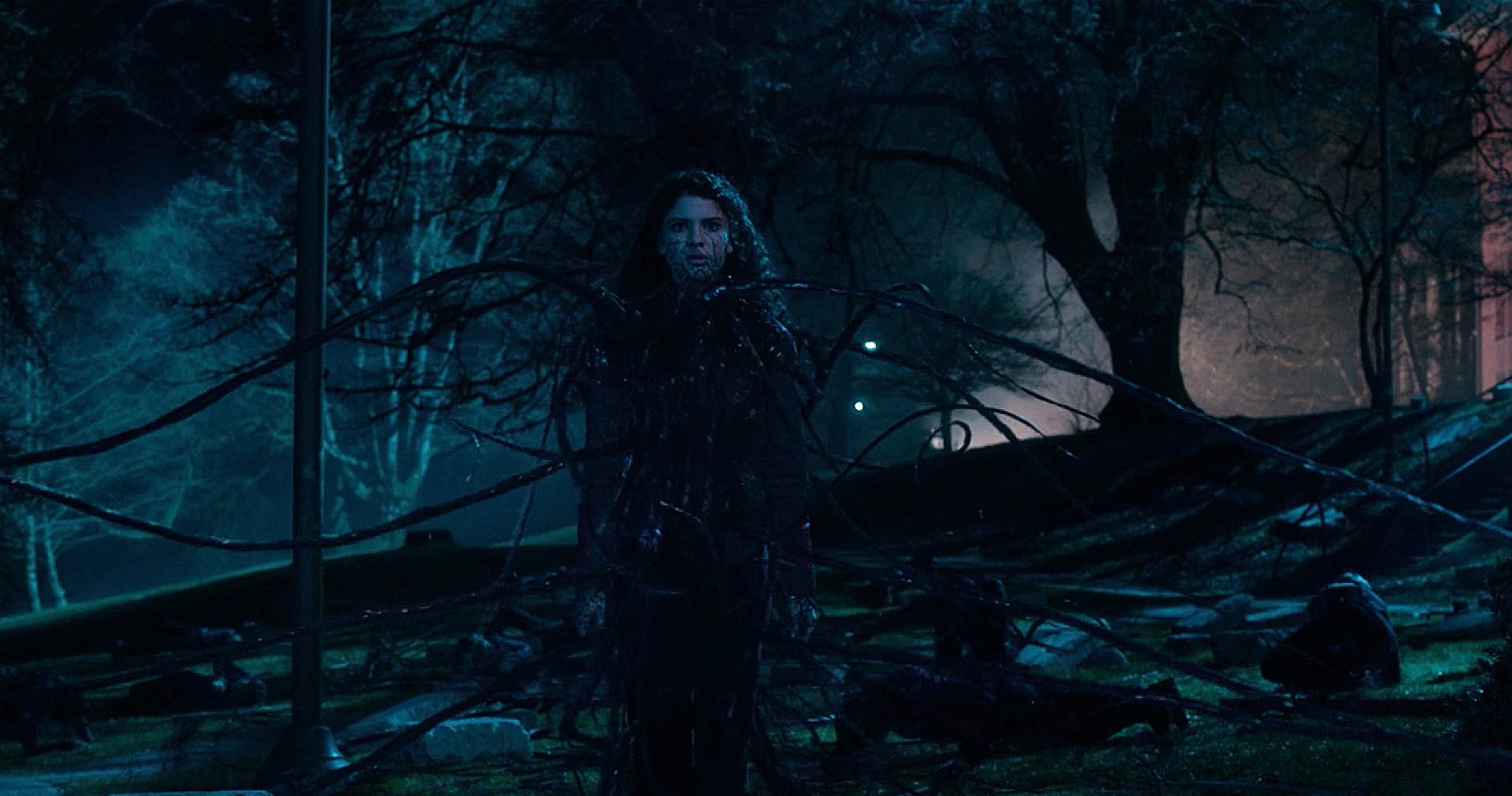 Still, the loss of Penelope hit everyone hard, including us. As a young woman that didn’t know about her powers and what they entailed until recently, we were a wreck as we watched Penelope fight so hard against the witch plague. As the source of the outbreak, there was no other choice but to put her out of her misery. Tally, Raelle, and Abby did so with a combination of their strengths and wills, though each of them mourned in doing so. To take the life of a fellow witch, a fellow sister, is unthinkable. As much was said in last week’s episode.

More than that, we felt pure disgust and rage for her father, the Vice President, for being the reason she was inflicted. He wanted to become the President and destroy witches more than he loved and cared about her. His actions to poison his own daughter to start a war was more than heartless but a hate crime. Karma will definitely be coming his way and we look forward to it. 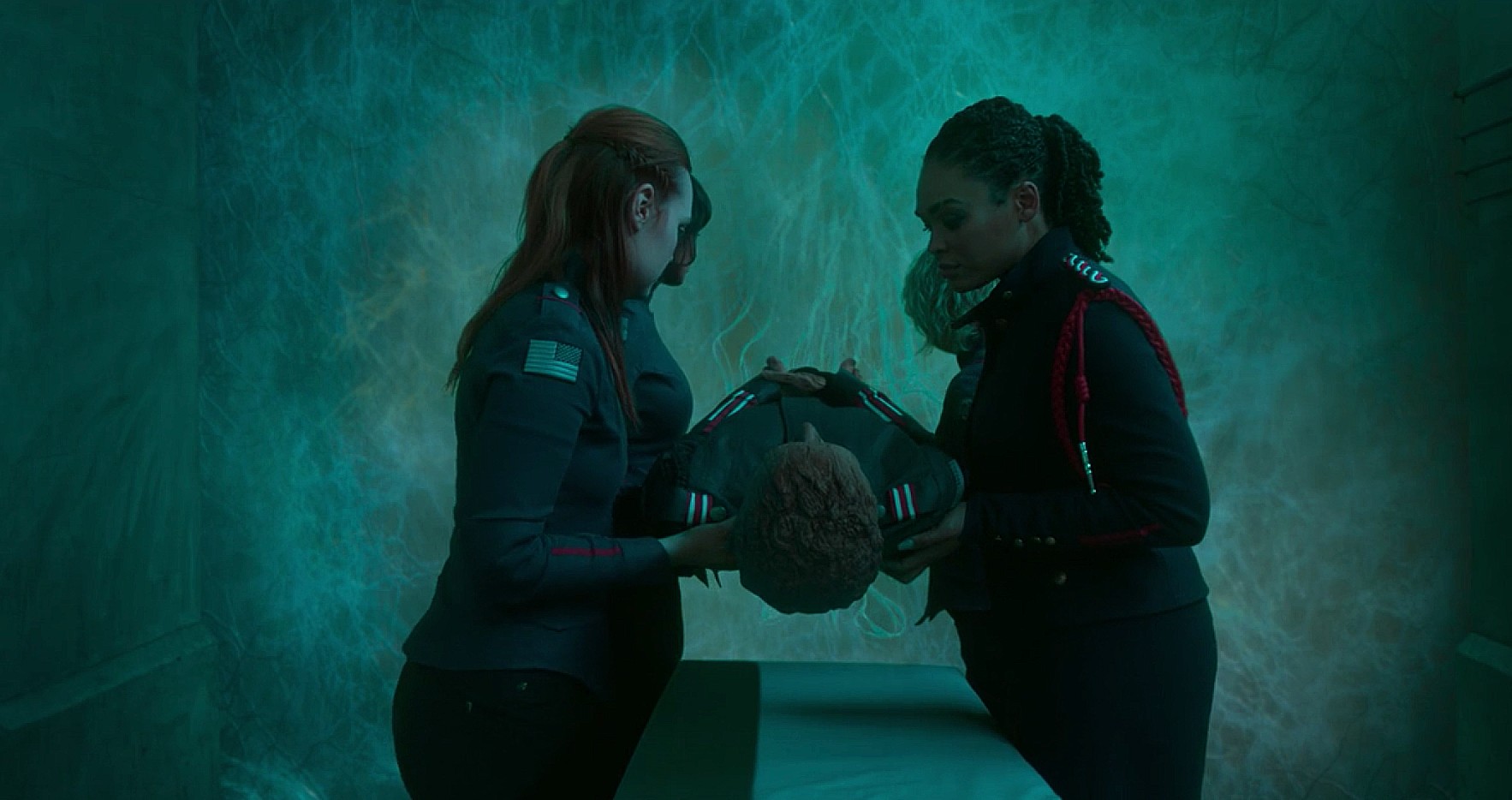 The morning following the Camarilla ambush, many across Fort Salem were suffering. Alder was in her last moments and the unit was brought to say their goodbyes. We were a full-on ugly-crying mess as Alder was given one last moment with these young women that she’d come to respect so quickly and had found herself attaching to unexpectedly. These were the ones who sent her home to her hereafter with the mycelium; the place where all witches go to give their power and life, and in a way, live on.

This was one of the most beautiful but heartbreaking losses of the episode. We were breathless, watching her move on. The aftermath of the battle was gut-wrenching but it was empowering to see Fort Salem pull together, ready to rebuild and continue to fight. Though it won’t be easy, they’re strong enough to handle it. The Camarilla may have started this war, but our witches will finish it. 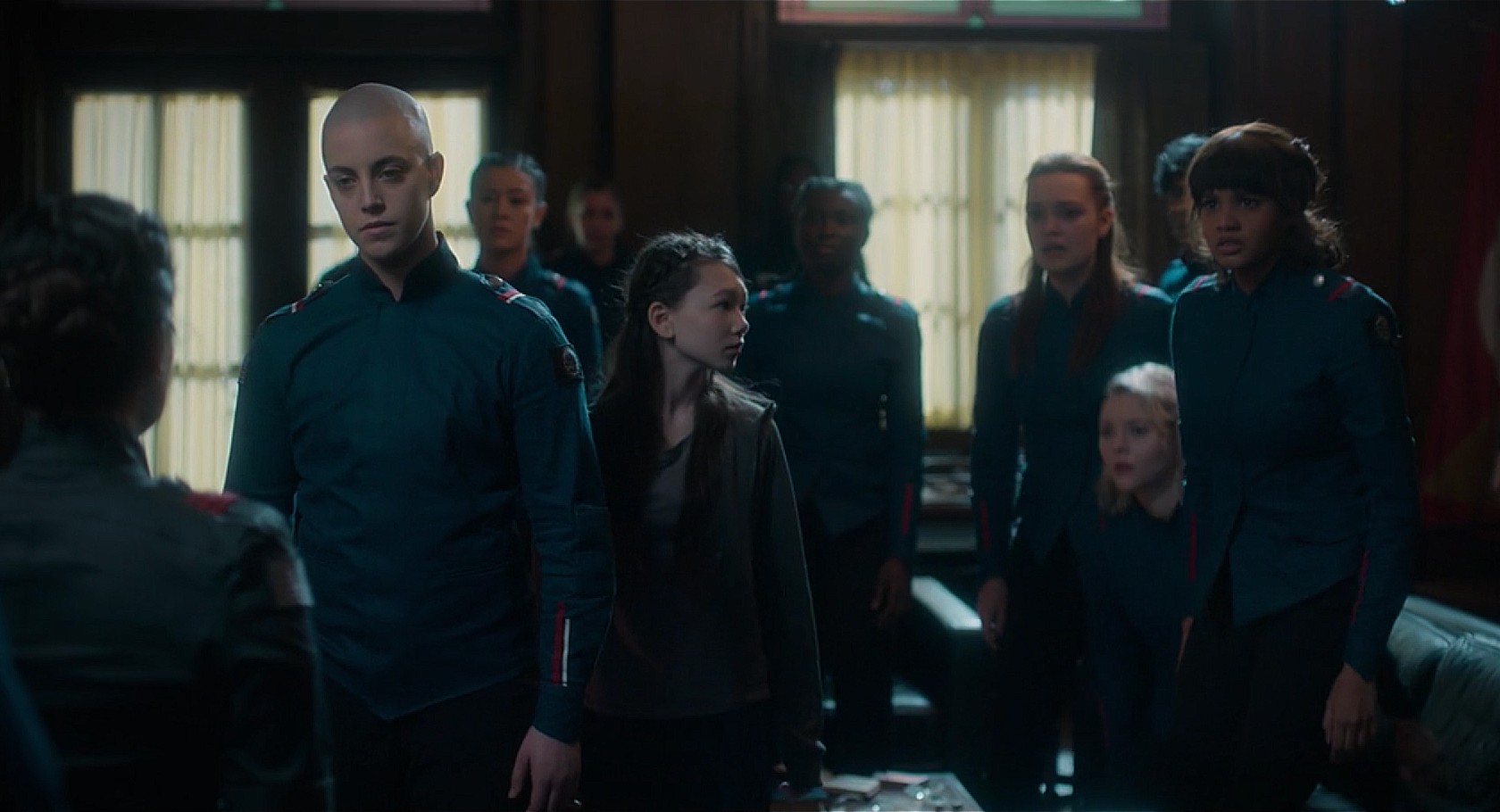 The unit was taken into custody, charged with killing Penelope. With Penelope’s death caught on camera by the news crew that was originally supposed to interview Penelope, it was hard to argue.

What was a witch to do? 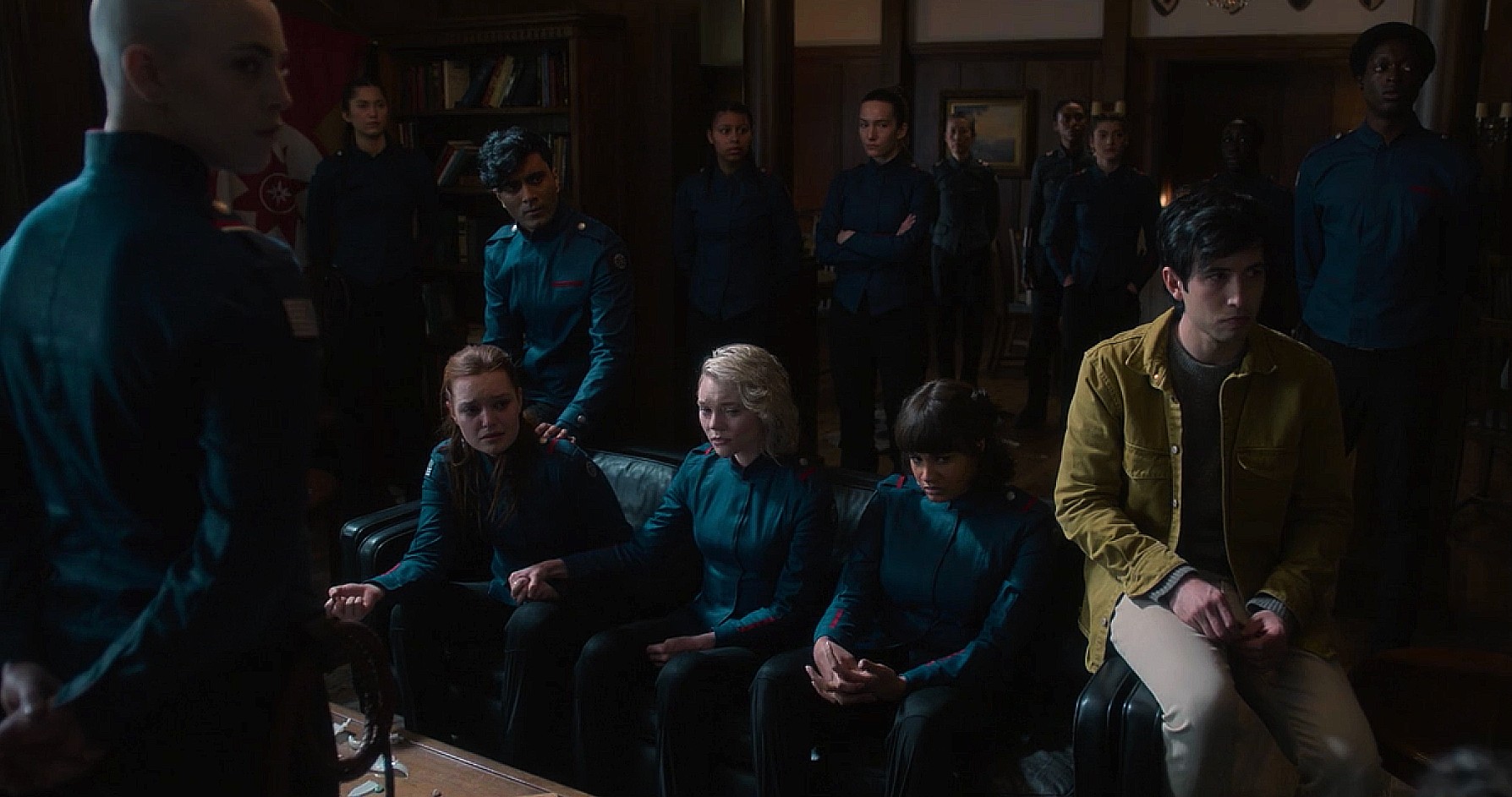 There was a lot of squealing and thrills and chills and excitement when the unit plus Nicte was broken free during transport to their new containment. It was here that they began their life on the run, but they weren’t alone. With Scylla, Adil, Khalida, and Nicte, the unit was officially on the lamb. Granted, being fugitives isn’t the greatest adventure ever, we were excited to see everyone reunited and ready for their own revolution. One that proves that witches aren’t evil with the intent to kill. Now that the Spree and Army have come together, they’ll be able to face the real enemy. We can’t wait to see more secret missions and more power to bring the camarilla down.

There were so many! Still, the bus jailbreak by Petra, Anacostia, Scylla, with Adil and Khalida was wicked badass. Followed up by the reveal of Alder in the depth of the mycelium beneath Fort Salem rejuvenating!? We were shook, y’all. With this only being part one of a two-part episode, we can’t’ wait to see what happens next.

The entire cast and crew brought their A-game this season. After an amazing season 1, we were in utter awe of this season. There was more story, more magic, more sisterhood. We loved every second of it. This season was a true powerhouse triumph. Rich with friendship, family, and fight.

We are amped up for season 3. Nope, we can’t call it the final season. We refuse. We are in denial. It is just too soon to say goodbye and we feel like there is so much more story to tell. Seeing this show end far too soon similar to Lucifer and Manifest did is deeply saddening and we plan to fight it. Come on, Hulu! Pick up the show on an official basis!

What did you think of the season finale? Let’s chat in the comments below and don’t forget to follow us @capeandcastle on Twitter.