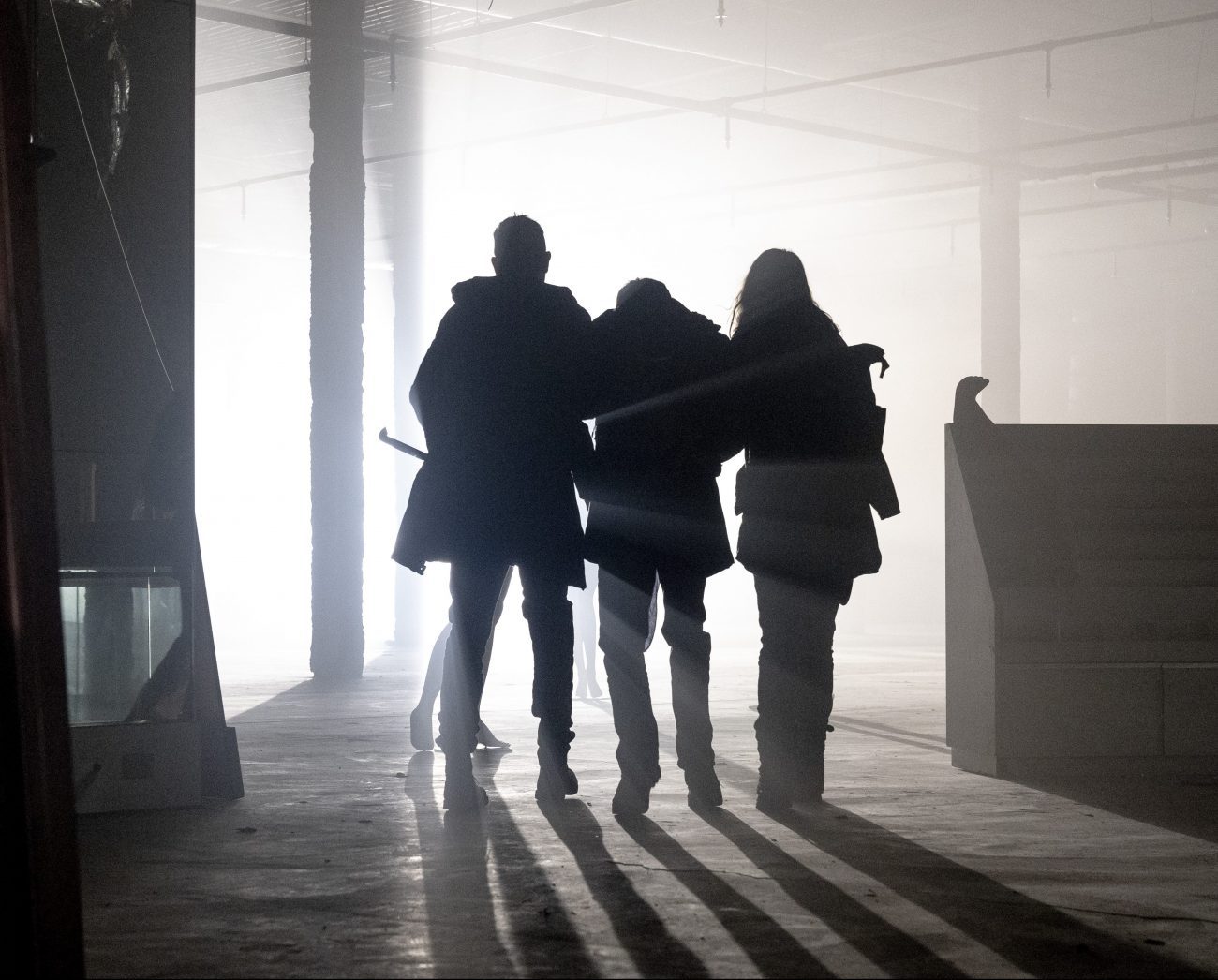 Okay, I thought the first two episodes of the final season were exciting. But I’ve got to be honest. They’ve got nothing on this episode! Things got crazier than ever and this one left me eager to see where the final season is going to end up. There are some new villains on the screen and I think they may be worse than anything we’ve seen before. And believe me, I know how crazy and wild that one sounds! But the Reapers are everything Maggie said they are and then some. So keep on reading for The Walking Dead 11×02 review!

Reaper is a pretty freaking appropriate name for the new breed of big bad in town. I’m not gonna lie, I think I find them a bit more terrifying than the idea of walkers. But that could be because I’m so used to the walkers after all this time. The Reapers, on the other hand, those dudes are like ghosts. Maggie wasn’t kidding when she said that if you saw them it was already too late for you. They come out of freaking nowhere! The group is once again separated, and some of them are killed by these new baddies. Including Cole and Duncan. Two deaths I was more upset about than I expected to be. Then we lost Agatha and while she was taken by walkers, I’m still going to blame the Reapers for that one and was also raging at my screen. 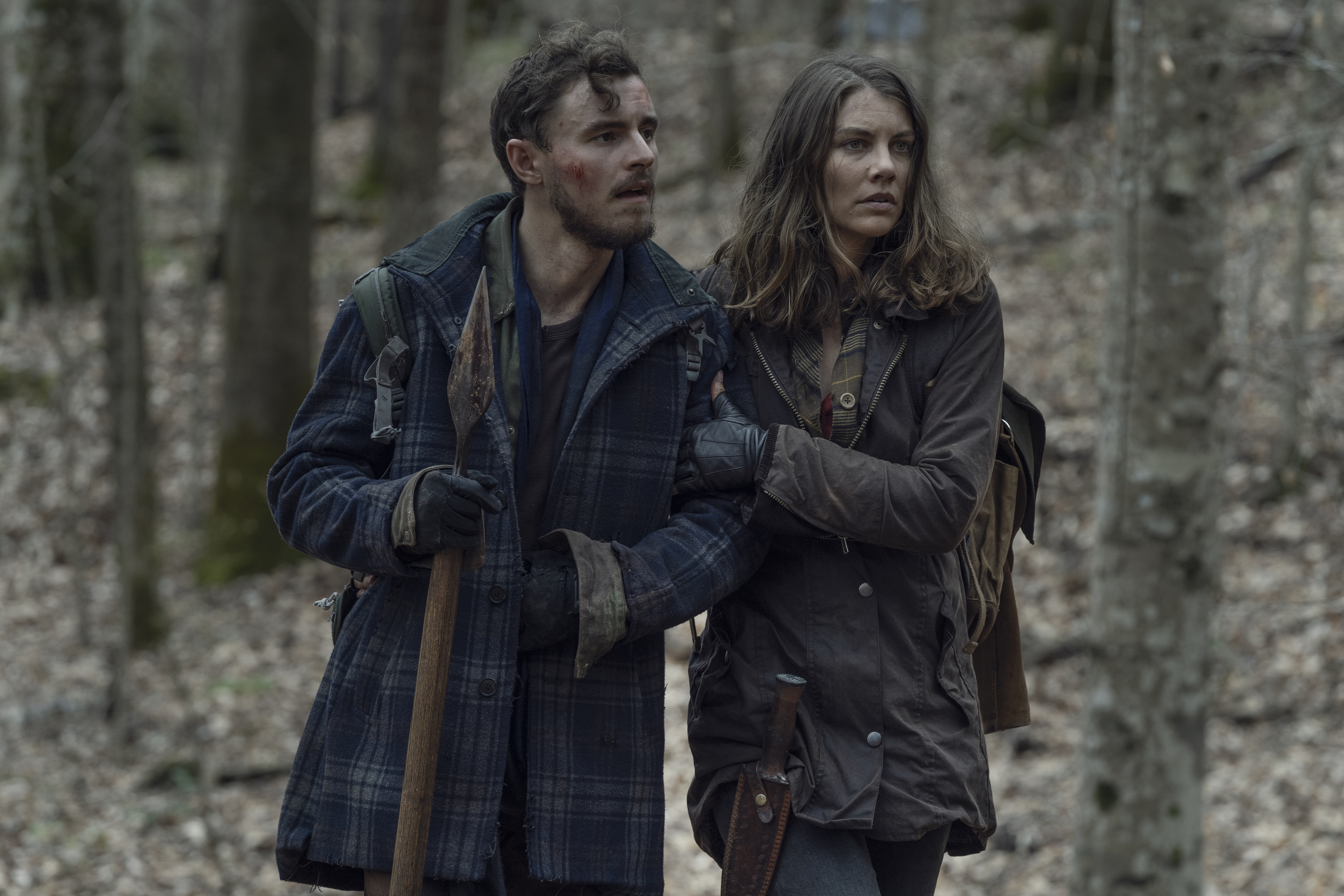 I hate to admit it but Maggie and Negan do make a pretty formidable team. And Negan did save her by dragging her away and helping her escape from the walkers that killed Agatha. Negan also helped save her when Maggie was fighting with that Reaper. He also helped to support Alden, who couldn’t walk on his own. As far as the motivation of the Reapers goes, I get a very cult-like vibe. Not only from the way the dude they call “Pope” is spoken about but the guy that Gabriel found too. He was speaking about God and asking Gabriel to pray for him. And then there was the corpse with the “Judas” sign. But I don’t know what kind of things they believe in with how brutal and violent they are toward others. And I’m not sure I want to find out.

I know that there are times when tough decisions need to be made. And it’s part of what makes the leaders of the group stand out as leaders. Because they’re the ones that are able to make the tough decisions. Also, it is an apocalypse. And I think most people would opt for every person for themselves mentality rather than find a group. But I hate that it seems like at every turn someone is being left behind. Sometimes I understand and agree that it’s completely necessary. Other times I’m not so sure. And Alden being left behind in the church is one of those times. Yes, I get that he was slowing them down. But couldn’t they just have taken a break before continuing?

Maybe they don’t know if Alden is going to make it and Maggie just has false hope when she tells Alden he will be there when they come back. I don’t know. And maybe they couldn’t afford to wait another day before continuing their journey. I just wish that they weren’t constantly leaving members of their family behind to die. And I really hope that Alden is able to beat the odds and Maggie and the others are able to find him alive. It would also be great if Maggie was able to get the supplies needed for Alexandria. But with the Reapers running around, I feel like asking for that is asking for a little too much. So I’ll settle with them just getting out of the situation and alive and back to Alexandria.

I love when the horses are around. But only when they’re alive and well. Something I thought wasn’t going to be true with how things started. This storyline was a little lighter and tamer than what was going on with Maggie and the others even with the group finding the dead horses. But things got better and I think it was needed. The light moments are few and far between and I’m certainly going to take advantage of them. Especially when they involve the horses. Carol, Magna, Rosita, and Kelly were able to round up some of the horses and get them back to Alexandria. But the real beauty of this side story came from the moments of calm and beauty that the group had with the horses and the hope that came with finding the ones still alive. Let’s ignore the part where Carol killed one of them. 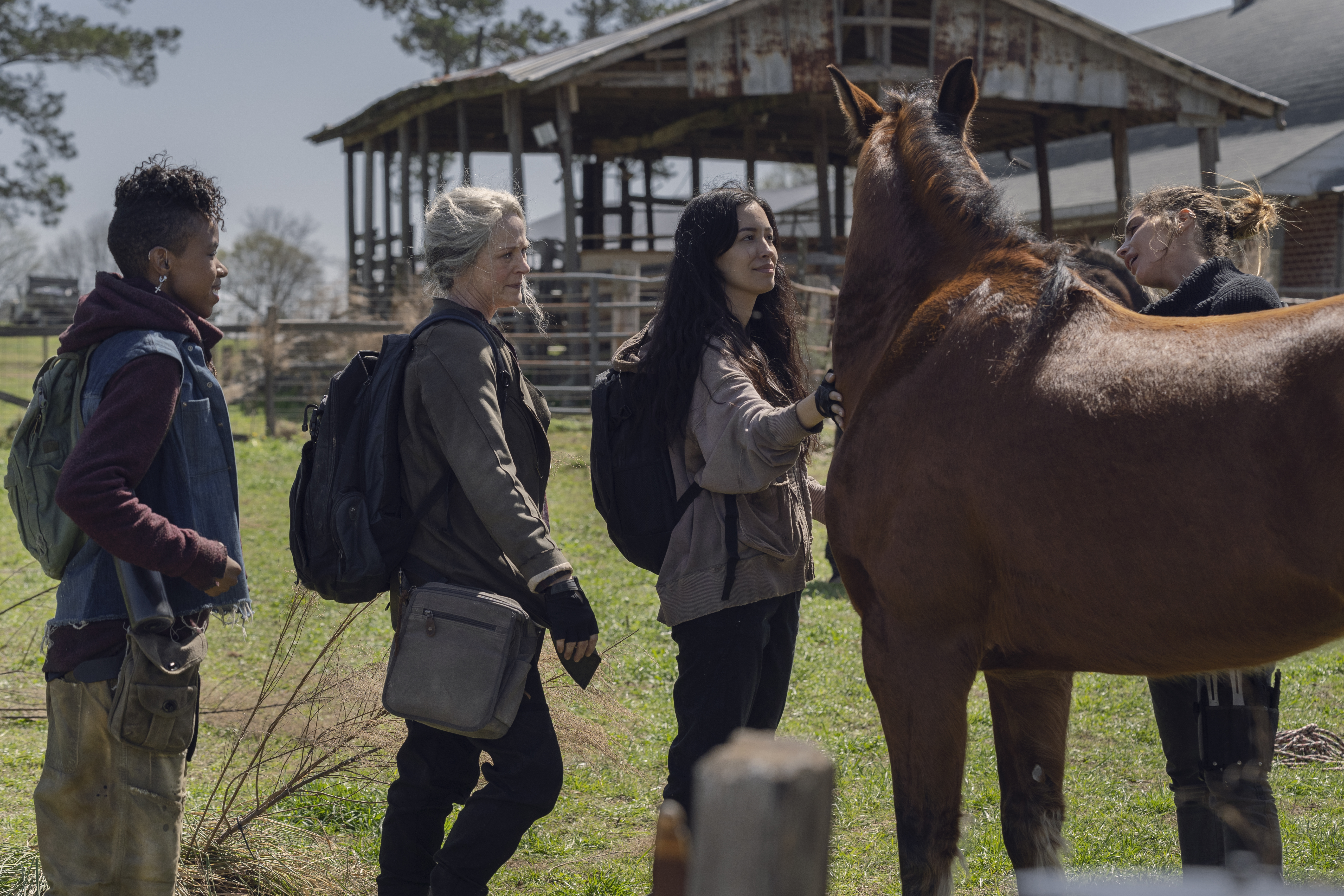 What did you think of The Walking Dead 11×03? Were you upset about the deaths of Cole, Duncan, and Agatha? Do you agree with the decisions that Maggie and the others are making? Will Negan and Maggie be able to find a way to get along? Are Carol and the others going to be able to find a food source for Alexandria? Where is the rest of the group? Who do you think is going to be left standing when the show comes to an end? Find and follow us on Twitter @capeandcastle to share all of your thoughts on The Walking Dead 11×03 with us! And be sure to check out our site for more articles on all things Disney and beyond!