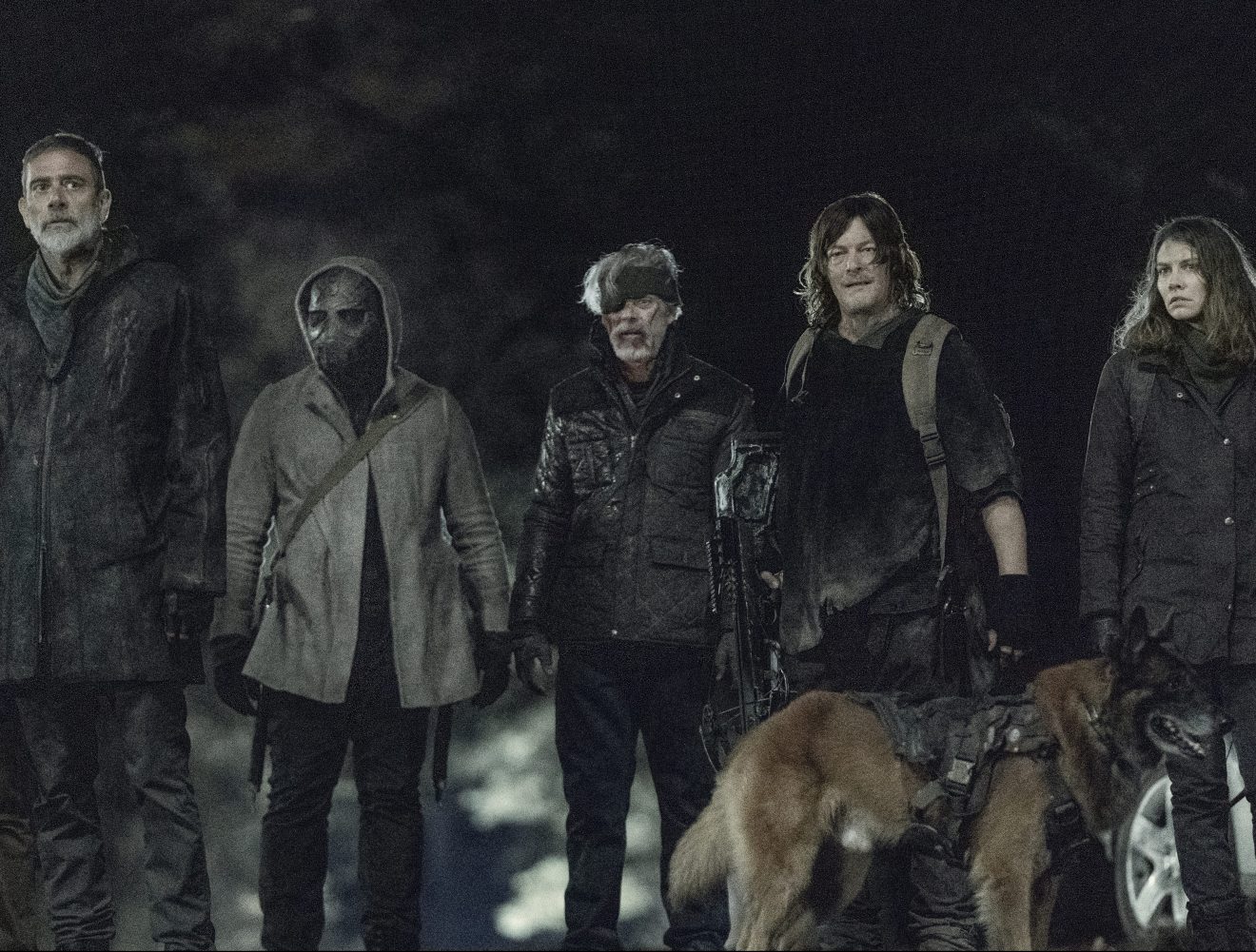 To get a cliffhanger with the first episode of the season felt like pure torture. Fortunately, this episode didn’t leave us hanging for long. Except for Maggie. She was left hanging for a bit. Sorry, bad pun. And then there was Daryl who wasn’t in the best of situations either. But I refuse to believe anything bad will happen to these two. There aren’t many original cast members left, they’ve got to leave me with some! So keep reading for The Walking Dead 11×02 review!

Okay, so there was definitely a moment or two where I thought Maggie might really die. I didn’t want to think we would lose a main character. But this is supposedly the final season. So that means there are no guarantees. I’ve said it before and I’ll say it again, all bets are off now. That means anyone is fair game and not a single character is safe. Even one of the OGs. But Maggie is as tough as they come and she was able to make it out of her situation. Bad news for you, Negan. At least for a moment because while the group looked ready to draw blood at Negan leaving Maggie to die, Gage popped up and was in trouble. This then led to Maggie making the difficult call to allow Gage to kill himself and get eaten by walkers. 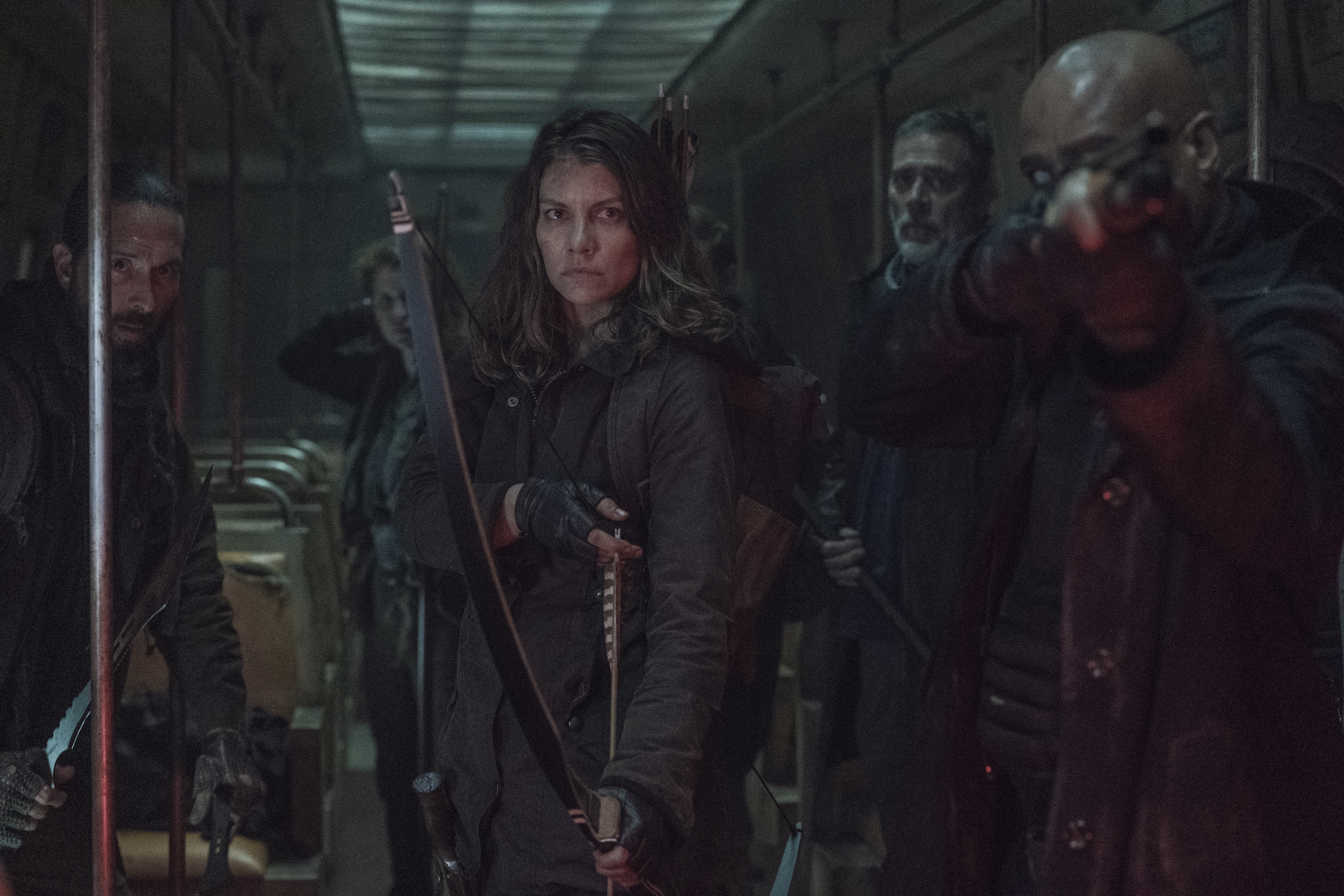 Then there was Daryl. Has there ever been even an ounce of doubt that Daryl is a complete badass? Because I certainly don’t think so. But just in case there was, he took this opportunity to prove just how kickass he is. No way was he going to let go of Dog, something that just makes me love him that much more. Dog is as much a companion to Daryl as any other member of the team. But then Daryl literally blew his way back into the group after being separated. And he took plenty of walkers out along the way. That was probably my favorite scene of the entire episode.

Yumiko isn’t one to wait for things to happen. Something she proves once again by trying to get her processing underway so she can be reunited with her brother. And her determination is able to get the ball rolling as she seems to be allowed into the Commonwealth with no further processing necessary. She also doesn’t seem to be the only one that makes it through as Ezekiel was actually taken first, something I assume is because of his actions from the previous episode. But then Princess also manages to find her way through the processing and into the Commonwealth. Which just leaves us with one more person in this group.

Oh, Eugene. It seems like he is always drawing the short straw. Especially in situations such as the one with all of this processing. All the man wants is to be allowed into the Commonwealth. And he is probably the most innocent out of this group. Eugene is also one of the smartest even though he makes really stupid moves sometimes. Like deciding to pull a freaking shiv on one of the guards. Come on, man. You are better than that. Luckily it didn’t seem to affect his outcome any as he was still able to not only see his friends but get to meet with Stephanie face-to-face as well.

I understand that Maggie had to make a difficult choice. Though I do have to admit I was questioning whether or not she really had to leave Gage out there. They really couldn’t have let him in and closed the door before the walkers came? There was enough time to watch Gage glare at Maggie and stab himself multiple times. But there wasn’t enough time to get the door open, let him in, and shut it again? It is what it is I suppose. But what it comes down to is that it kind of put Maggie and Negan on level playing ground. At least in this situation. Which I think provided for one hell of a way to kick off the storytelling of this season. 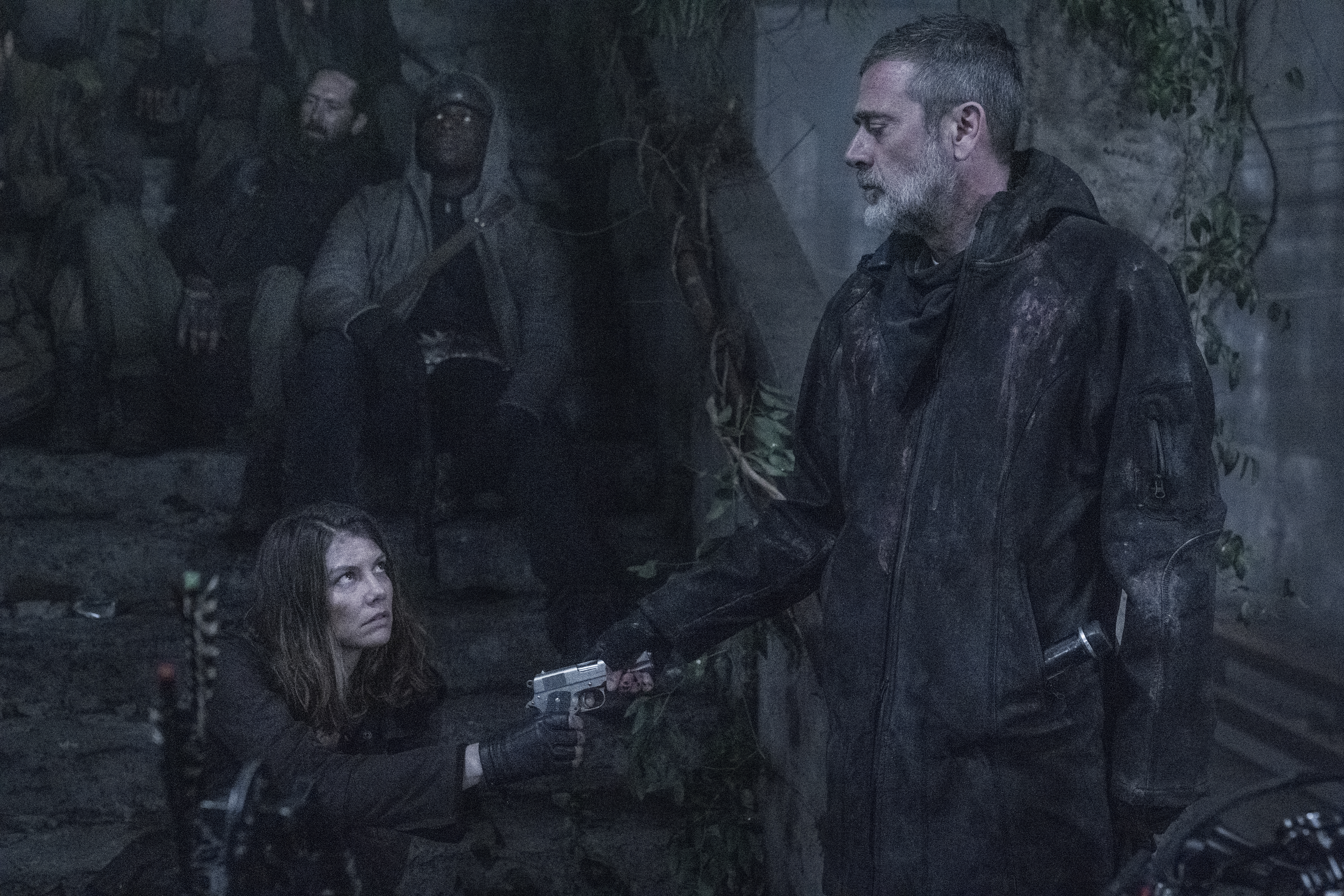 What did you think of The Walking Dead 11×02? Do you think it was right of Maggie to let Gage die? Or should she have continued trying to figure out how to get him in and close the door? What about Negan? Is he going to be able to find a way to get the others to trust him? Or are they going to be doomed to constantly being on edge and not trusting each other? What did you think of Daryl’s entrance when he reunited with Maggie and the others? Did you find it as badass as we did? What’s going to happen with Yumiko and the others in Commonwealth? Find and follow us on Twitter @capeandcastle to share all of your thoughts on The Walking Dead 11×02 with us! And be sure to check out our site for more articles on all things Disney and beyond!