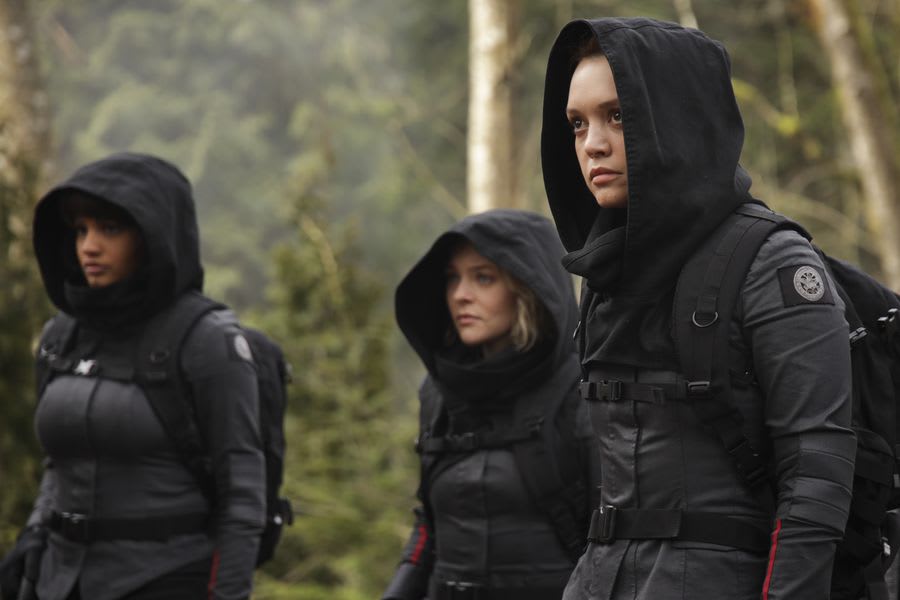 Last week on MFS (review here), Raelle suffered a devastating loss, Abigail and Adil fulfilled their plans of vengeance, and Tally discovered the tether that allowed Nicte to torture Alder. This week, Tally led the unit in hunting Nicte down. What none of them expected was to be turned against one another. 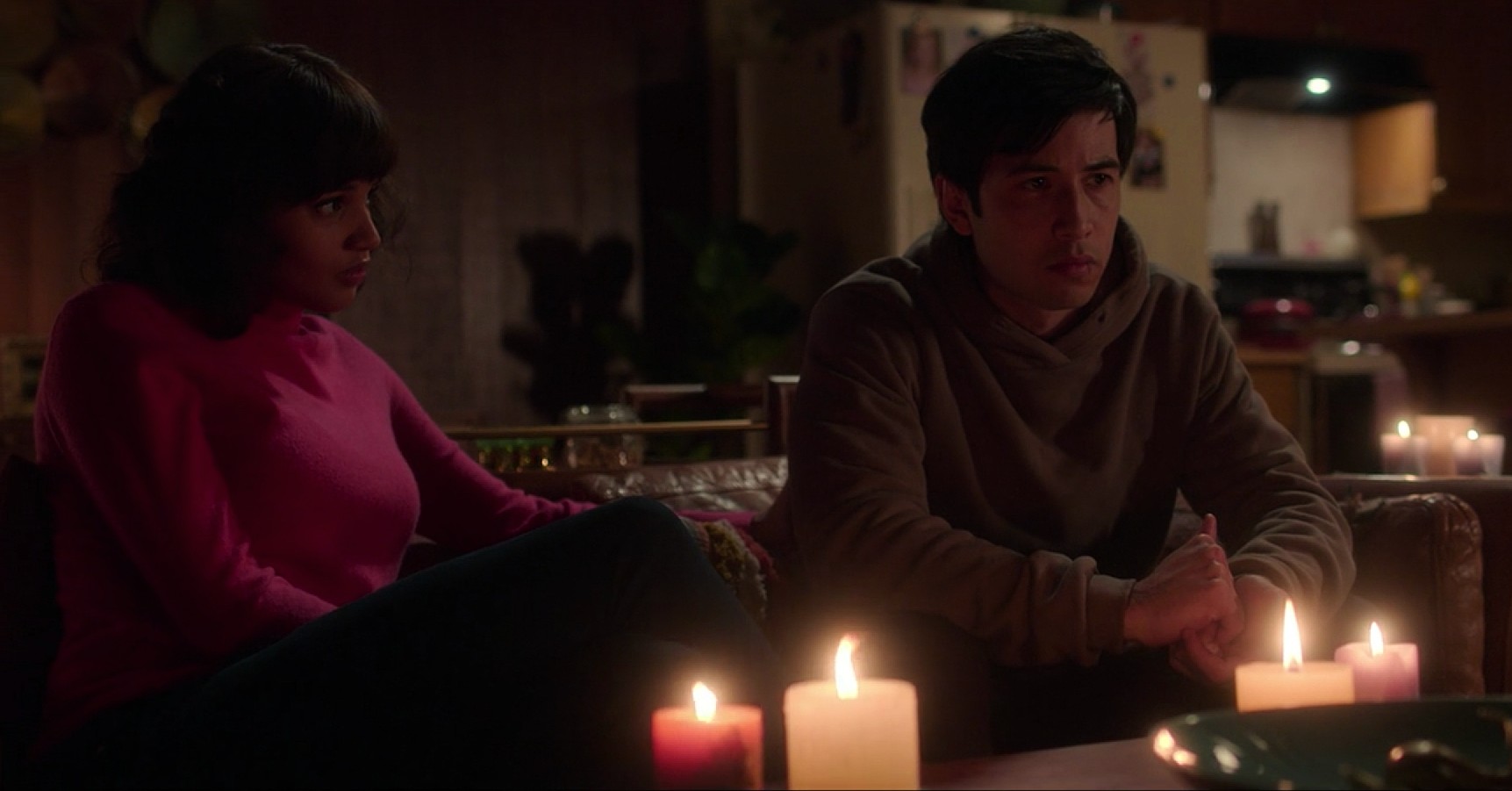 After the Damage is Done

After the events at the Camarilla laboratory, Raelle (Taylor Hickson) needed some time to recover. When she finally could speak, she was upset and grieving. Luckily, Scylla (Amalia Holm) was still there, waiting for her. Abigail (Ashley Nicole Williams) wasn’t feeling partial to that, but Scylla wasn’t budging, and we’re glad. Scylla knows working to get Raelle back will be a battle. She was ready for the lashings not only from Abby but from everyone else as well, including Raelle. That takes guts. Scylla, like the unit, only wants to protect. She just doesn’t believe that you forfeit your mind, body, and soul for it. Her strength to stand by her beliefs that you have the right to choose is both empowering and relevant to today.

Adil (Tony Giroux) was coming to terms with his part taking down the Camarilla lab and not only was Abby there for him through their shared rage but also in their shared grief. We love so much that while she really knows how to let that rage loose, she is also empathetic for others and never holds regret for her actions. Abby was by his side as he fought the guilt that began to eat away at him. We find her willingness to leave her legacy behind to avenge her family and fight for their future, as well as the futures and lost lives of other witches freaking top-notch, badass.

We felt an overwhelming wave of love between them, and if we may say so, these two are one hell of a power couple. Adil has never felt the need to show off his power and family line even though he could outshine anyone that tried to step up to Abby. But, after seeing his power in action and knowing what an incredible person he is? We’re holding our breath that they stay together, and they don’t need a handfast for that (though we wouldn’t complain if they did). We love seeing these two together. The actors, Tony and Ashley, have off-the-charts chemistry and really balance each other out. Appreciate!

Tally was set to lead a mission to kill the creator of the Spree Nicte Batan (Arlen Aguayo-Stewart) and she didn’t back down about having her unit with her. Alder (Lyne Renee) tried to push back but we were so proud to see Tally stand her ground. She wasn’t pleased, and neither were we, but Petra (Catherine Lough Haggquist) came sweeping in with a secretive game-change. She changed the objective: capture don’t kill.

Right along with Tally, we all breathed a little easier. Watching from afar, Petra has been keeping in mind all of Tally’s hard work related to Nicte and we’re glad it hasn’t gone unnoticed, that Tally isn’t alone in this endeavor that puts her at such a high risk. Still, it wasn’t enough. Tally needed her unit and demanded so, regardless of Alder’s obsession to keep Raelle out of it like she’s a precious object rather than one of the most powerful witches she has in her army.

Our Babies Are All Grown Up

We were blown away by both Tally and the actress, Jessica Sutton, who portrays her. Tally has really stepped in and embraced her powers so much. this season as well as take on a more serious role. More so, she’s really stepped into her own. Still caring and loving of her unit, she has put her foot down to show she isn’t afraid to step up for what is right, much like Scylla has. We like to think that’s one of the reasons she was so easily forgiving of Scylla when everyone pulled together to go after Nicte.

Tally has stood on her own two feet and proved how strong of a fighter and leader she can be without losing herself to power. The character growth has been phenomenal. Her love for her unit, her passion for the truth, and her strong will for justice. We’re so proud to see Tally coming into her own. 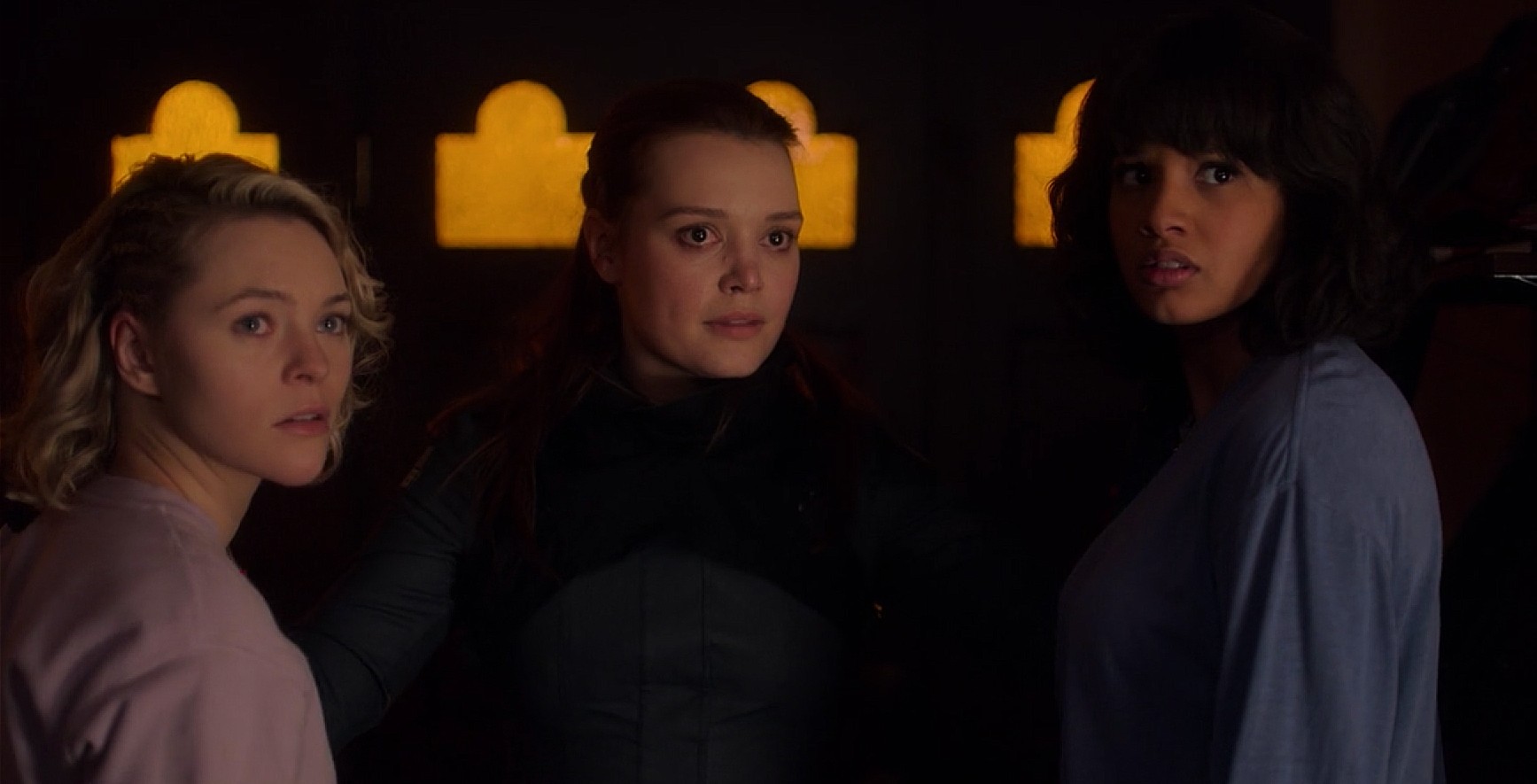 Reunited and it Feels so Good?

The unit came back together and it was amazing! So many feelings were had by them, by the actors who were gushing all over Twitter about this epic scene, and most definitely us. And then, there was tension all over again. They had to figure out what to do with Scylla, the black sheep of the group (who we love anyway). Scylla still refused to leave and Tally respected that and instantly accepted Scylla’s alliance. 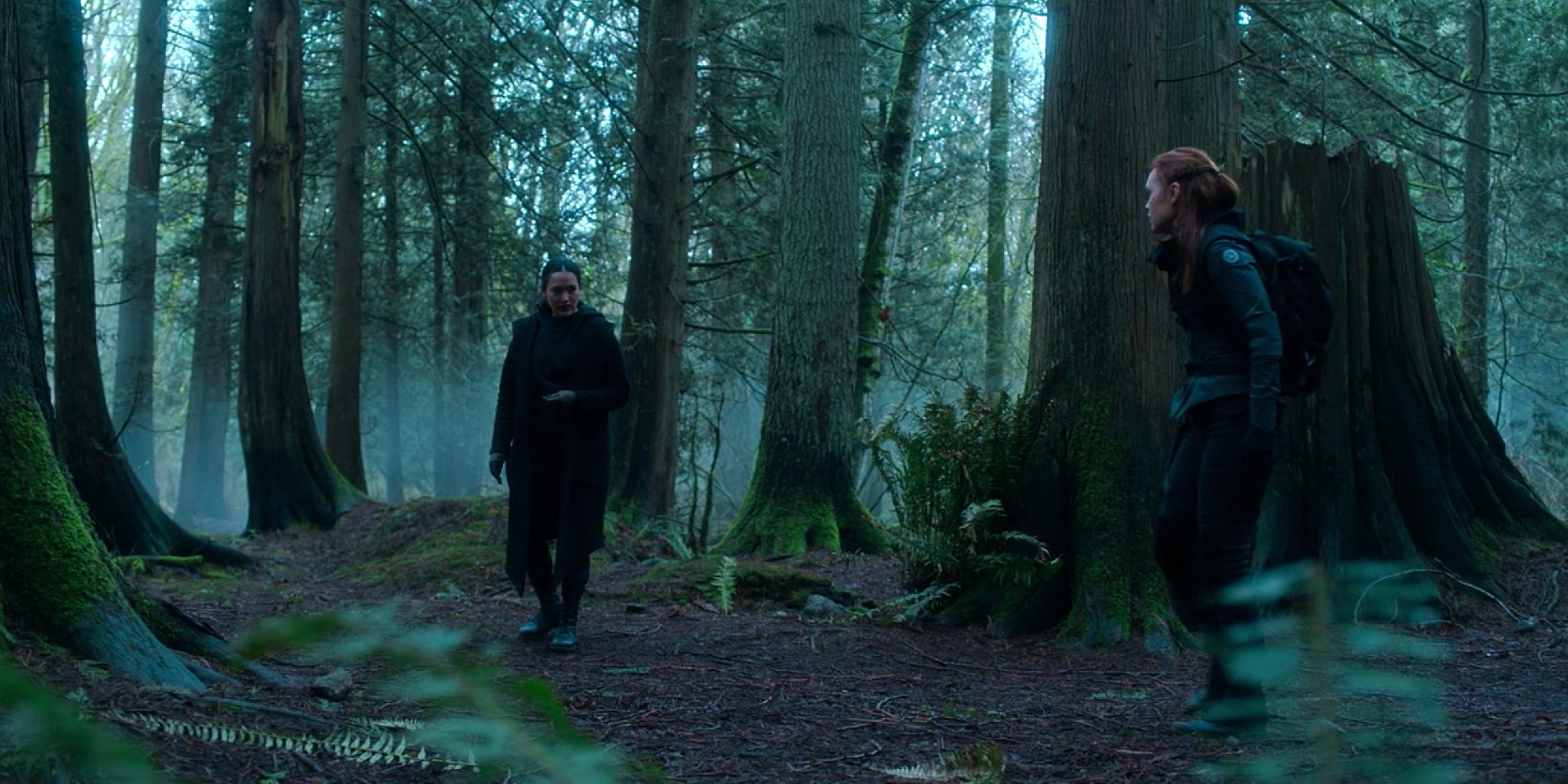 As the unit got closer to Nicte’s hideout, the more Nicte tested them with their fears and desires. One of which nearly killed all of them. Abby once again summoned three tornadoes, and this time, was very successful. She was almost too lost to stop them. The worst, but most genius, spell came when the unit found Nicte’s hideaway. They’d suddenly began fighting and picking at each other’s insecurities to the point that a fight broke out and Tally left them. What was so brilliant was that Nicte had gotten to them through the use of bats. But it was unfortunate for Tally who’d run right into Nicte. On a side note, Tally’s fed-up, screw-all-of-you face as Abby and Raelle threw punches was absolutely everything.

We got skeptical real fast when the unit was released from their fight only to run after Tally and find the fight between the two over. And it was over fast. Too fast. Nicte was caught and the mission was a success. Still, we were suspicious from the get-go about this. Nicte fought relentlessly against her bindings rather than accept defeat. It seemed strange for a woman that had fought so hard and was very reserved with every move.

We were right to be suspicious, too. As the unit turned her in, it was revealed that Nicte had switched identities with Tally, trying to gain the upper hand and gain a direct shot at Alder.

Seeing the unit’s fears put on blast was hard, but easily the top moment. By revealing and getting pushed through them, they became even stronger. Though they’d seen some horrible things and spoke worse to each other, that didn’t break the unit’s bond as sisters.

More so, the visions they had were trippy! Fantastic cinematic work that got our emotions overflowing/Tally’s had us thinking that Alder was seriously going to make a move. And, she did, just not the one we were expecting. Each vision and spare tapped into their vulnerabilities and they didn’t let them win. For the coming battles-and, there’s no doubt something larger is on its way-our ladies are hardening up.

Oh, and don’t think we forgot about that Raylla kiss near the end either. Replay! And, can we get a renewal for season 3 already. We got to have it!

What did you think of the latest episode? Let’s chat in the comments below and don’t forget to follow us @capeandcastle on Twitter to keep up with other shows you love!