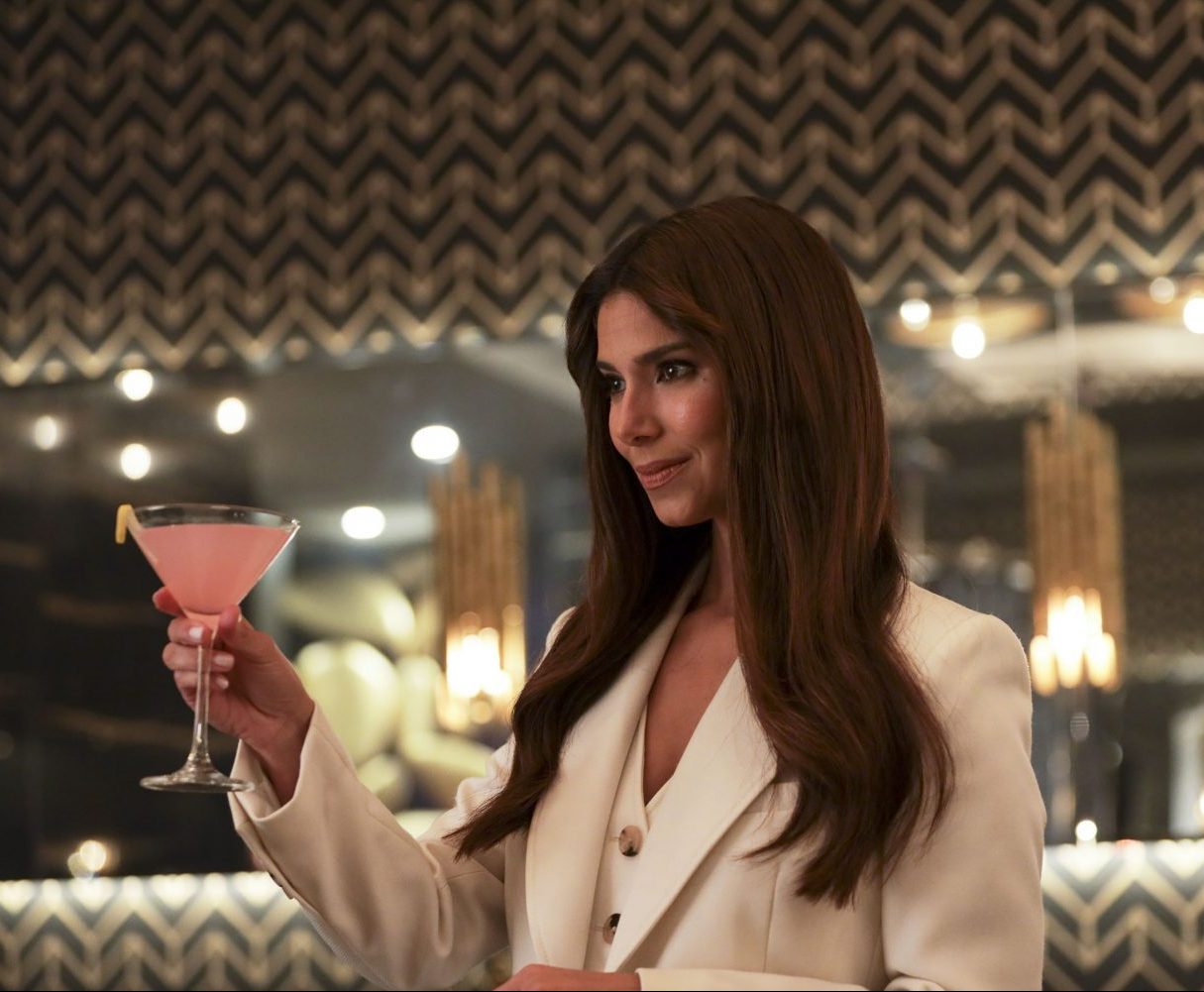 FOX is coming at us with their new series, Fantasy Island! And with all the excitement and seemingly good things, came a whole lot of bad as well. Because we all know that regardless of how the wishes are given, there are going to be consequences. And when those consequences were revealed? Yikes! But it remains to be seen what Elena is getting out of granting these wishes. And how she’s doing it in the first place. Basically, I just have a lot of questions. I didn’t watch the original series, so I’m definitely flying a little blind! But this was one hell of a way to pull me in. Because this pilot was intensely awesome! And Roselyn Sanchez was a powerhouse delight. So keep reading for my Fantasy Island 1×01 review!

So there is clearly supposed to be a moral to each story shown. When it came to Christine it wasn’t just about her love of food. It was about her learning how to love herself. The flashbacks to her childhood explained everything about why Christine is so concerned about everything she eats. And her physical appearance. Who wouldn’t want to be able to eat everything and anything without having to worry about gaining a single pound? I know I would love that! At least at first. But eventually, it’s going to get old and things that are a rare treat aren’t going to be as enjoyable anymore. Which was definitely what was happening to Christine about halfway through the first episode. But that left me with the question, when is it enough? And how do you just decide to leave? 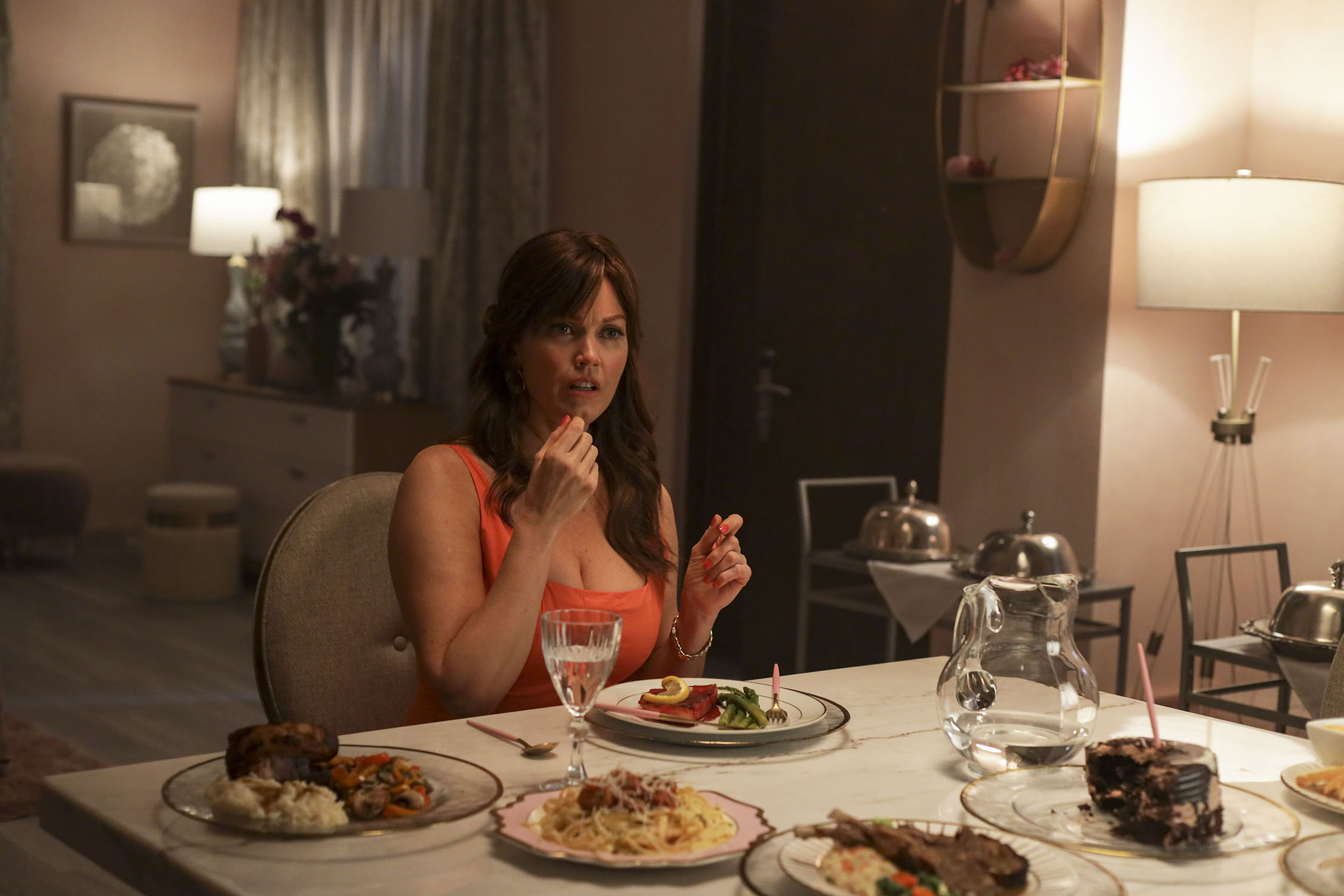 There are also so many questions about Elena. Like, how was she able to do what she did with Christine and her flashbacks? And how did she seem to know everything there was to know about Christine? Obviously, I get that it’s magic. But I can’t wait to find out as the series goes on. And I will say it was a fun adventure to watch Christine go through the experience of what she thought was her perfect fantasy.

They literally couldn’t have picked anyone better to play Elena Rourke than Roselyn Sanchez. Because no one can pull off that mischievous smile like she can. And the amount of grace and charisma that she just exudes? Well, to me, that makes her the best one to be the lead in this show. She was the one that drew me into watching it. And everything else about the show is what kept me hooked throughout the entire first episode and what’s going to keep me coming back over and over! I just find myself wanting to know all the secrets that the island holds. And Elena, too of course. Because there are just so many questions that I have when it comes to her and her connection to the island. I’m seriously already desperate for answers. It has me ridiculously excited for the episodes to come.

Part of me wants to go back and watch the original series to know what I’m looking at. But the other part of me is just enjoying the mystery of it all a little too much. I want to watch all of Elena’s secrets and her connection to the island slowly unfold. I think I could write a novel that’s just full of all the questions I have about Elena and Fantasy Island. Truth be told, I don’t think I’ve ever had this many questions about a series before. Especially not from the very first episode. The different sides they’ve already shown from Elena is astounding. We’ve seen her confident, vulnerable, sarcastic and so many things in between. So I’m going to go ahead and say a HUGE thank you to Roselyn Sanchez for bringing such beauty to this character right off the bat. Absolutely beautiful!

From the moment Mel and Ruby came on the screen, I was in love with that couple. But they were breaking my heart, too. It was so sad what Ruby was going through. Then to watch the happiness between the two of them unfold at being young again. Only for Elena to offer Ruby the chance to stay on the island. But only Ruby. So it took me back to heartbreaking again because watching Ruby struggle with the decision to stay on the island without Mel or go home with him and back to being sick was awful. In the best kind of ways of course. Because when a show makes me feel emotions the way this one already has, it blows me away. But I think, in the end, the decision Ruby made to stay on the island was what was best for her. Even if it had me sobbing. 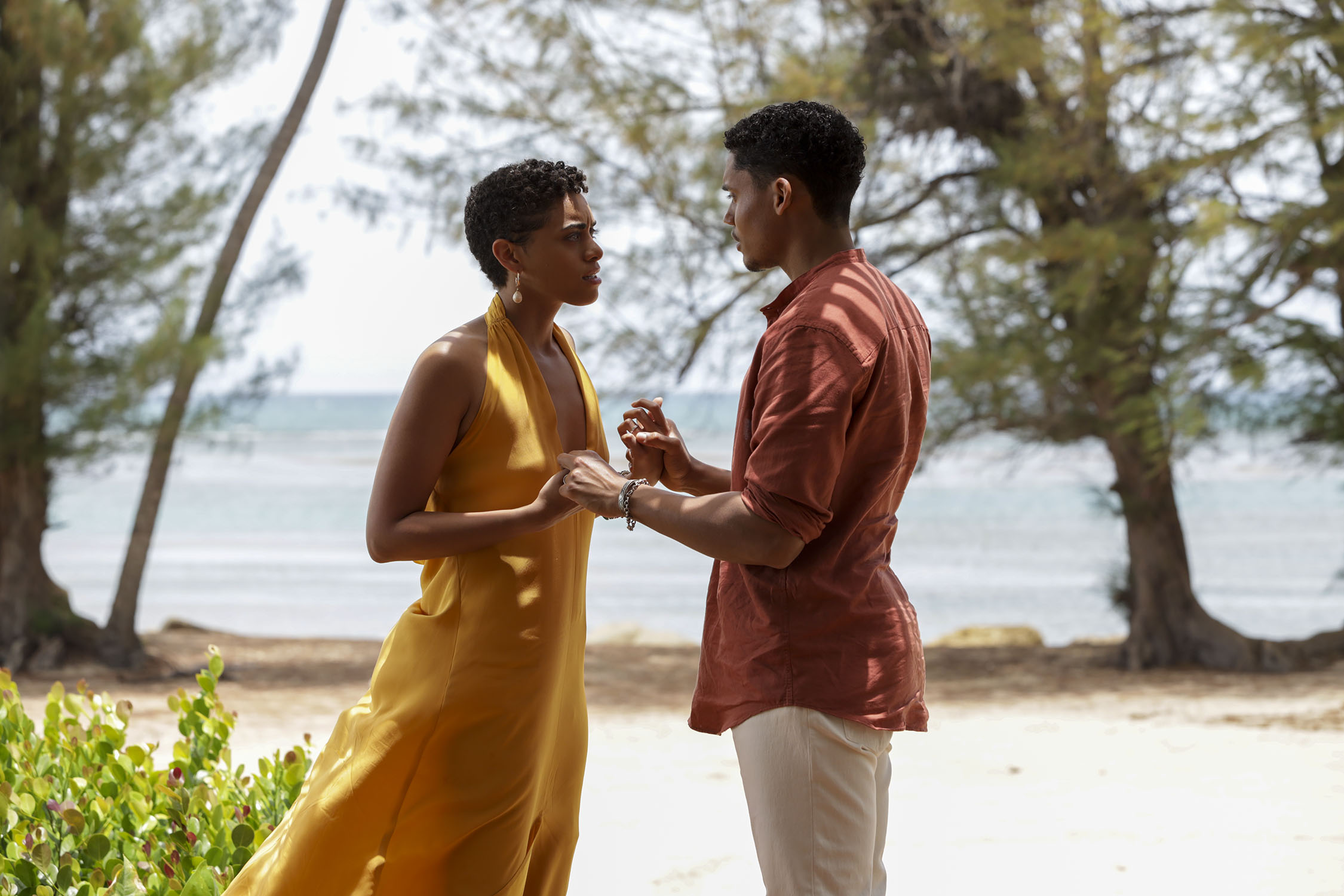 What did you think of Fantasy Island 1×01? Did you think it was a kickass first episode? What did you think of all the characters? Who was your favorite? Are you as curious about the secrets of the island as I am? And what about Elena? Are you excited to watch her secrets unfold as the series goes on? What kinds of things do you think we’re going to find out about her? Did these two stories get you as emotional as they did me? What kind of characters do you think we are going to meet throughout the first season? Find and follow us on Twitter @capeandcastle to share all of your Fantasy Island 1×01 thoughts! And be sure to check out our site for more content on all things Disney and beyond!