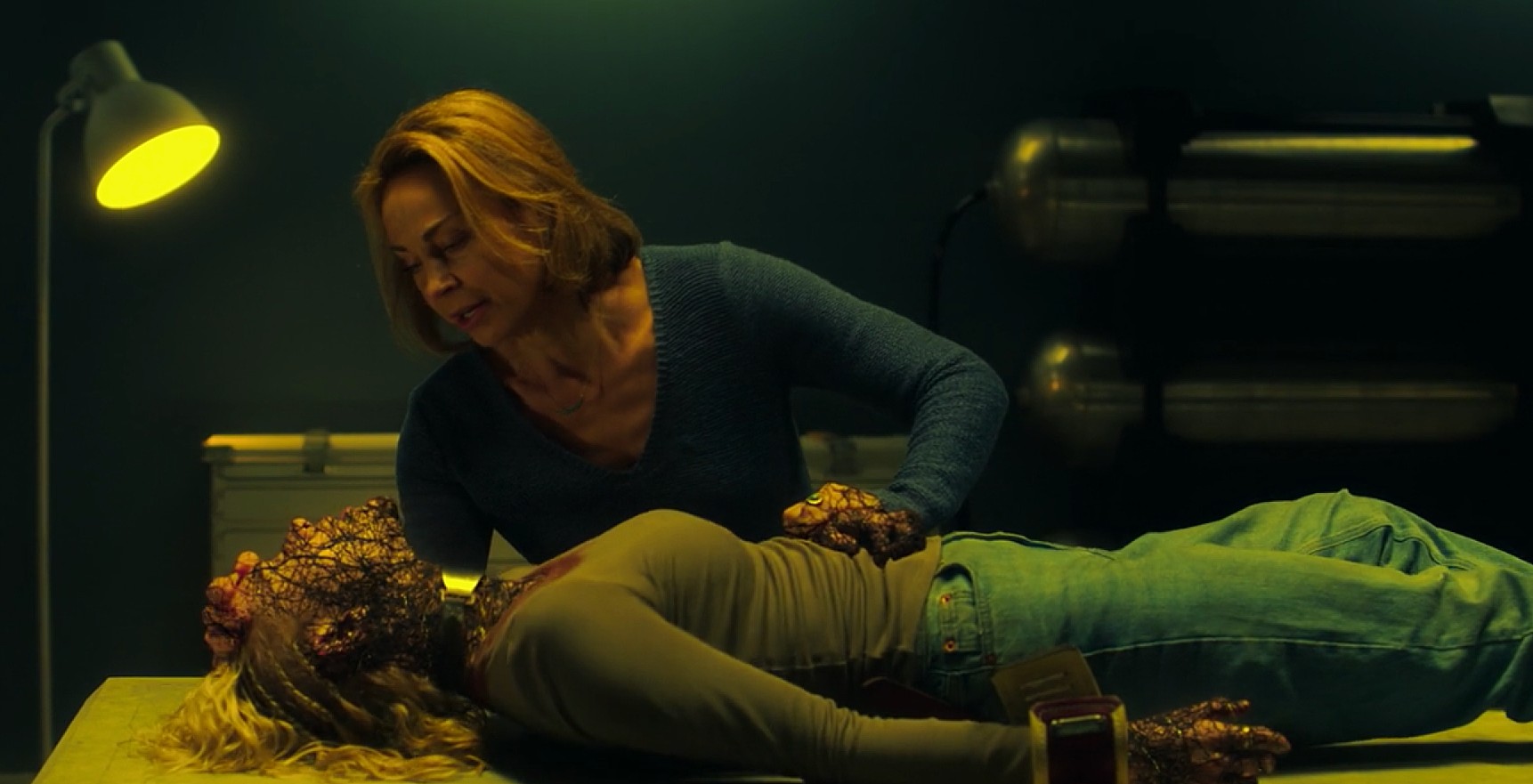 Last week on Motherland: Fort Salem (review here), the unit went on break but trouble followed them and they each made a revelation that’ll echo into their futures. This week, Abigail and Adil begin their hunt on the Camarilla, Raelle has been kidnapped, and Tally is reeling from losing Raelle. She seeks to warn others. Alder is still recovering from Nicte’s attack. Abigail and Adil put their revenge plans into motion. 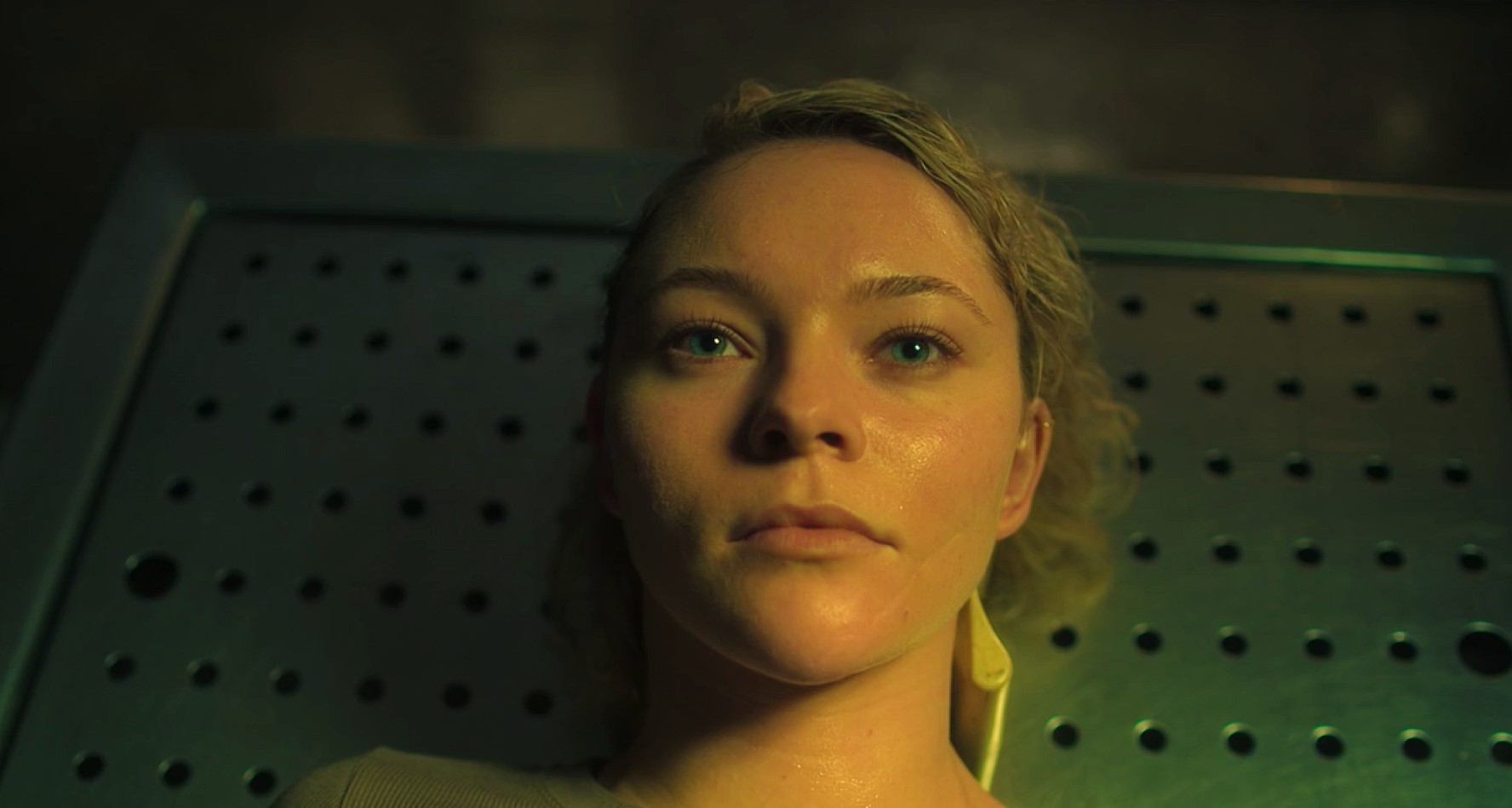 The Camarilla had kidnapped Raelle (Taylor Hickson) and everybody is on edge about it. Alder was still healing from Nicte’s attack and could do nothing but Petra and Anacostia were quickly on the task of finding her. So was Tally (Jessica Sutton). And Scylla (Amalia Holm) and Willa (Diana Pavlovska). All of our witches were on high alert. Seeing all of them rally was the kind of energy we live for. The fandom was practically screaming. 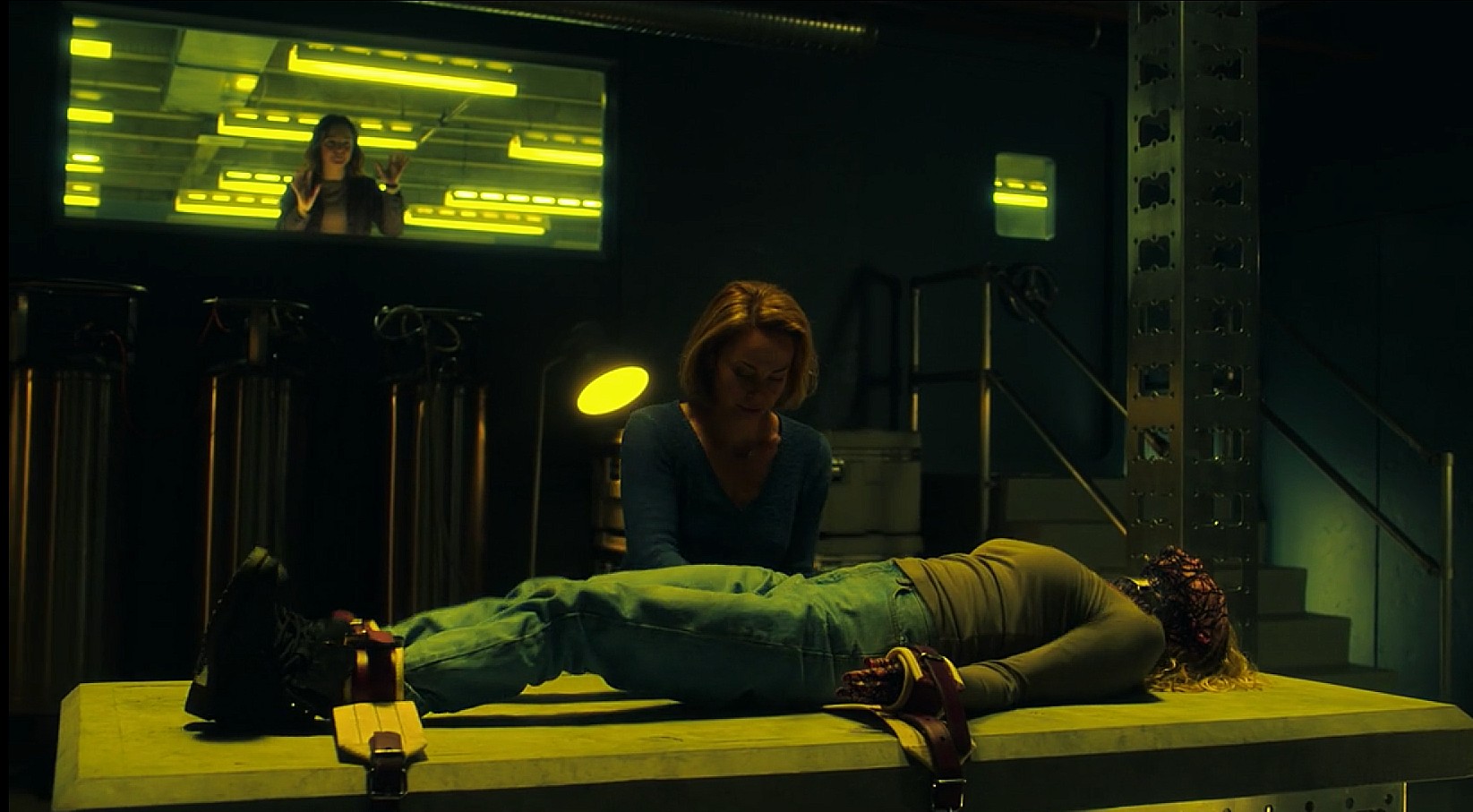 Raelle was under heavy sedation while the Camarilla tried to remove her voice. Luckily, the mycelium that still occupied her body protected her, as it has since the end of season 1. Still, Raelle had to fight, too. Being pulled into an altered state of consciousness—well deadness actually—was intense but brought her so much closer to the being within her. When they continued to kill her, she learned that the power within her chose her for a purpose. A mind-blowing, prophetic one that blew us away. She’d been chosen to help end a war coming in the future. A war that seems to already have begun. Talk about a lot of pressure. Raelle joins the line of Chosen Ones (Buffy Summers, Nancy Drew, Jon Snow, etc) and we’re totally here for it.

It was when the Camarilla gave Raelle the dangerous plague that killed not only Willa’s people but Adil’s family that the episode its high point. Willa, Scylla, Abigal, and Adil had closed in on her and The Camarilla. It was Willa who went in to take on the plague to save her daughter. We cried with Raelle, and it was ugly. And we raged with Scylla and Abigail (Ashley Williams). What took us by surprise wasn’t that Willa swept in instantly to save her daughter because giving her a better world was all she ever wanted. It was the fact that Raelle didn’t get the closure she desired with her let alone the reunion. 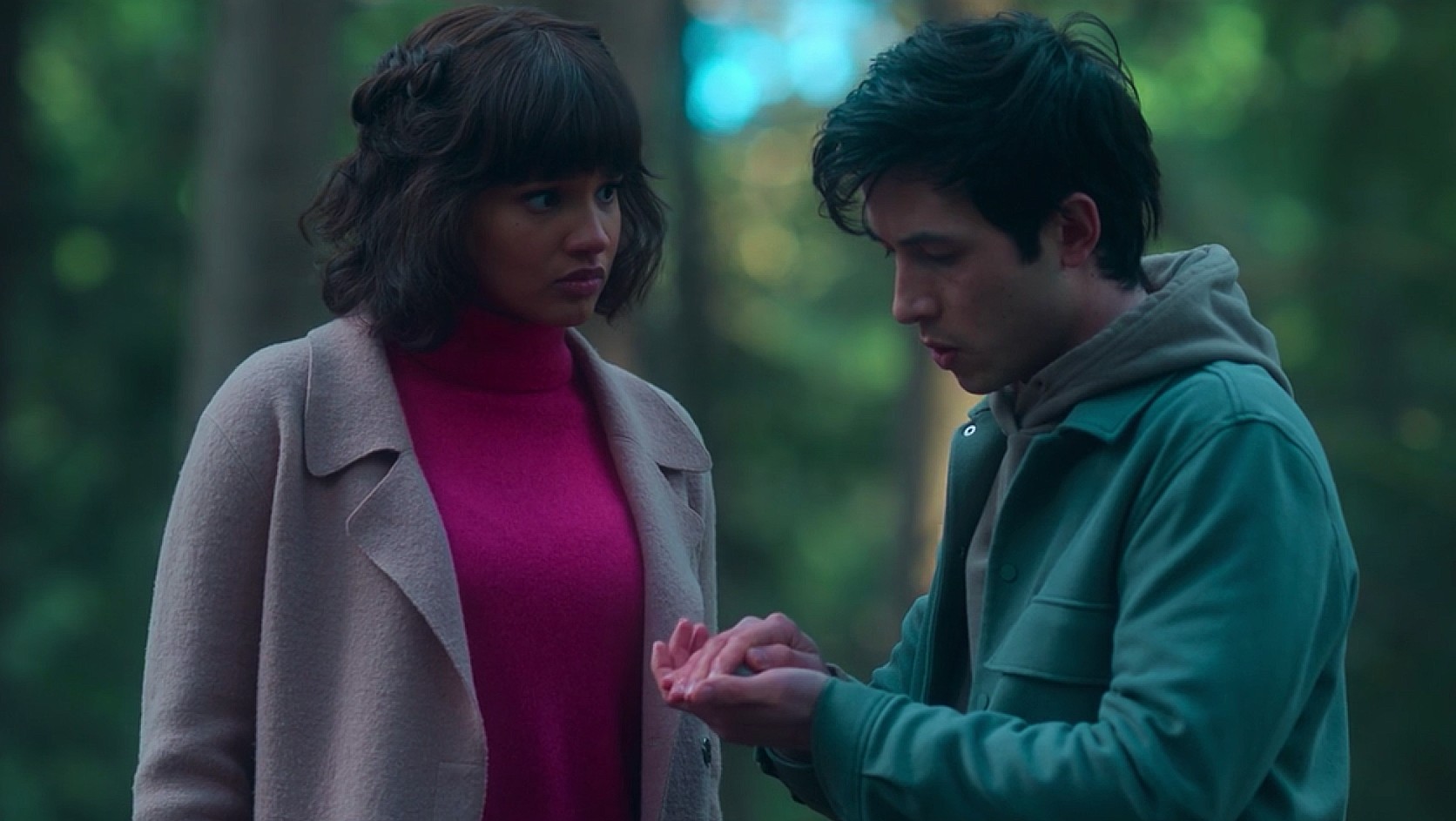 Abigail and Adil (Tony Giroux) began their hunt for the one that killed Abby’s cousin, Charvelle. Adil shared more about his family, and we couldn’t stop the tears from welling at the mention of Khalida. This war has taken so much from everyone. They were ready for their revenge and we were all for it. The Camarilla has taken enough. Time to fight back.

But, being met with opposing forces from normal people made that difficult. Abby and Adil confronted so much more than just their own anger. They faced fear. The fear of others and of themselves. Adil questioning it was good. It was a reminder that he was ruled by those emotions solely. He continues to keep himself, as well as her, grounded with a clear head. That doesn’t mean we weren’t rooting for their revenge journey. That was was everything we’d hoped for and it was good to see them follow through. Rather than sit back, they

Need we say it, because we can’t without sobbing. Willa’s sacrifice for Raelle took the whole show. Just finding her again and reuniting only to have less than a moment to talk before dying of the plague was heart-shattering. We’re still recovering and will be for a very long time. When we said we wanted a reunion we meant that we wanted them to come back together, not them saying goodbye and being torn apart. The Camarilla will pay! 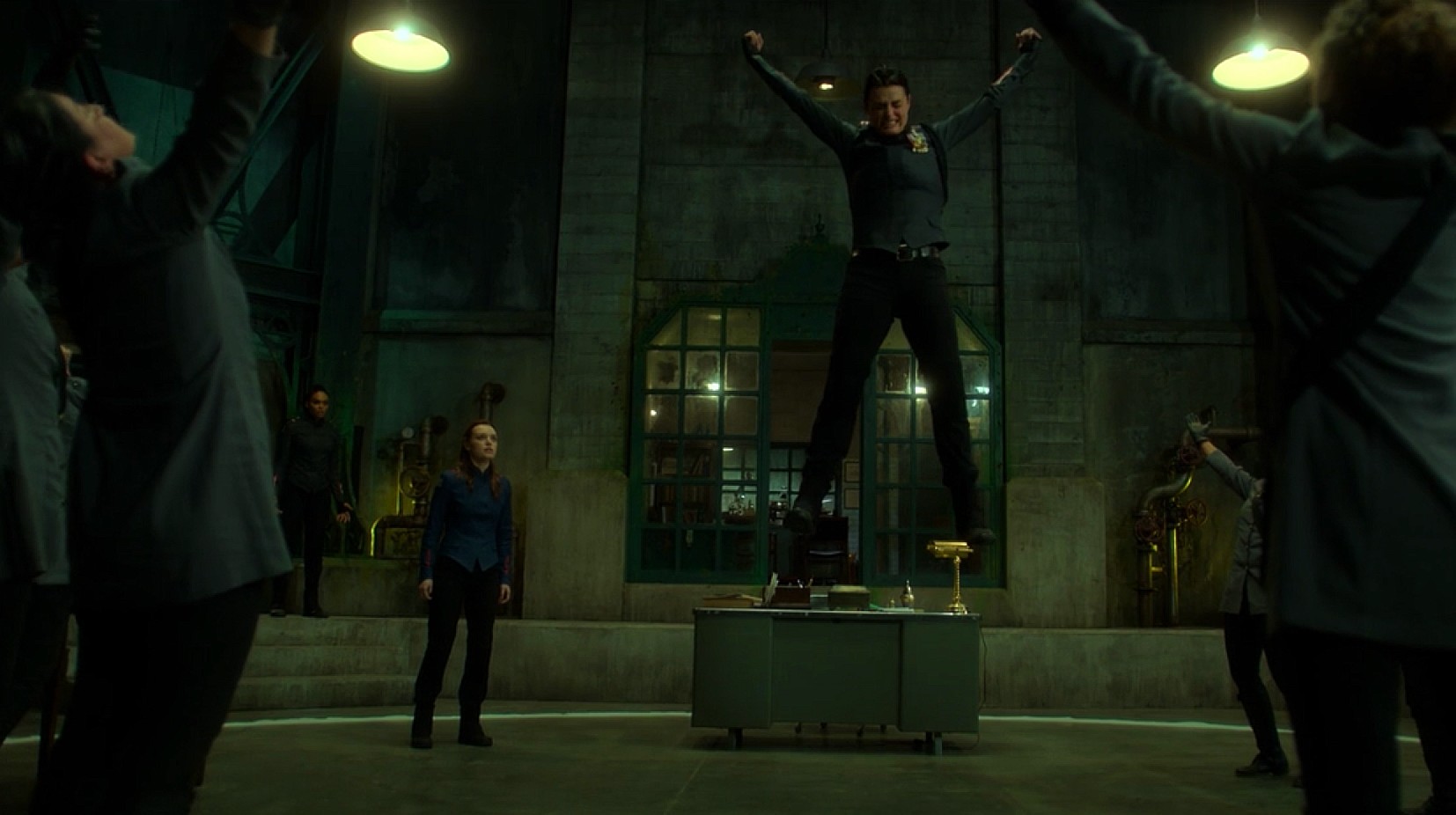 And while it couldn’t compare to what RAelle went through, a shout-out to Alder (Lyne Renee) and Tally! Tally swept in and found the seed that was linked to the attacks on Alder in seconds when nobody else could. We could totally hear the roar of the Talder ship and we were among them. Granted, Alder is ridiculously shady, but Tally is amazingly powerful. She wasn’t about to let Alder go down without getting her own answers about why Nicte is after her and why the Army, Spree, and Camarilla are tied up in it.

What did you think of the latest episode of MFS? Let’s chat in the comments below and don’t forget to follow us @capeandcastle on Twitter to keep up with other shows you love!