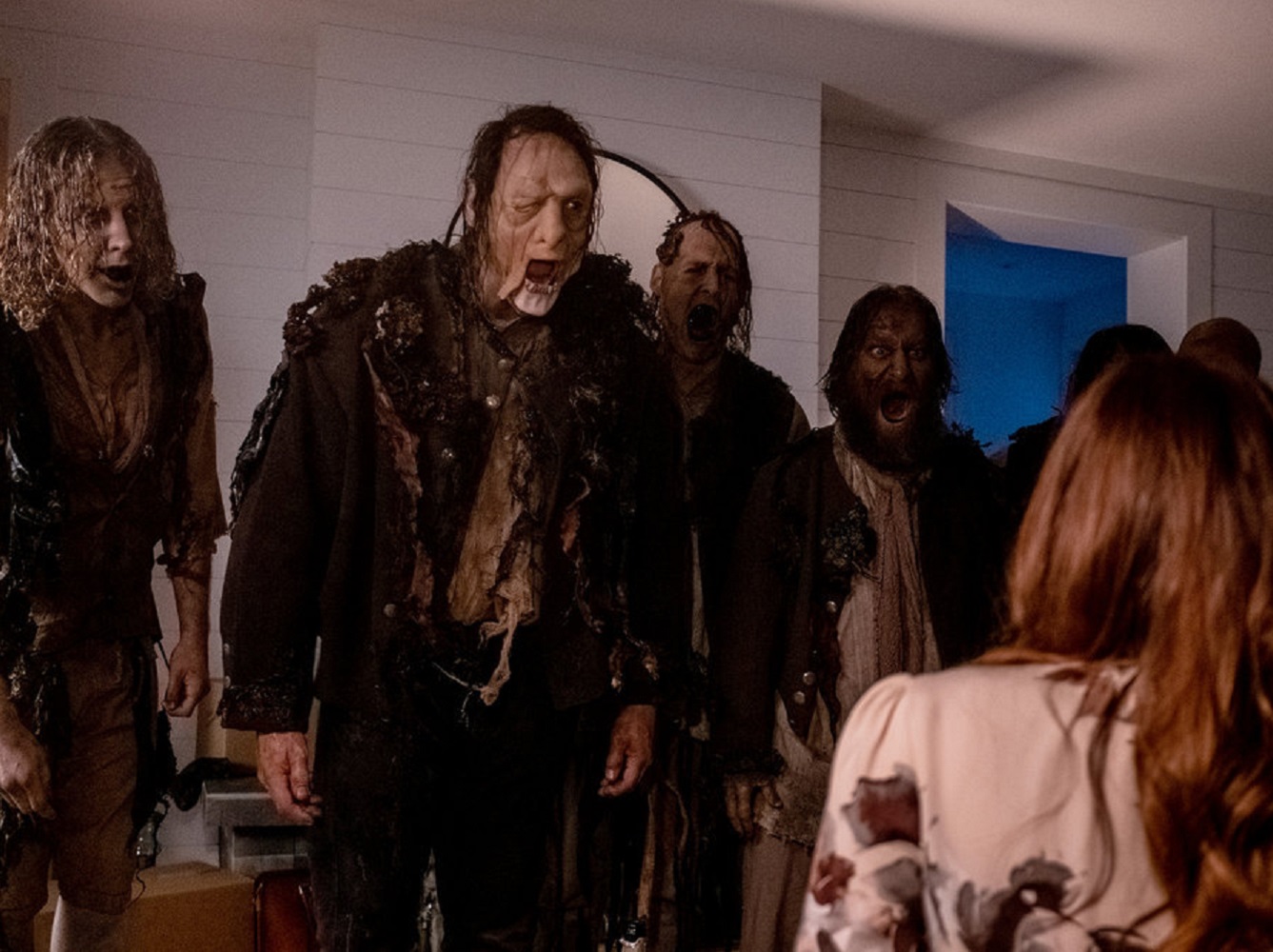 This time around, it was more than just a house that was haunted. It was about a whole subdivision of homes that were haunted! Yikes! To make things better, it also involved a rival of Luke’s. And there was also a house by the sea that Susan was dealing with! Things definitely got a little out of hand for that one. But our team had things well in hand. Though things got pretty scary before that happened, that’s for sure. Also, some members of the team were able to get a little closer as a result of the cases. So keep reading for my SurrealEstate 1×04 review!

In my opinion, nothing good comes from estate homes. And this was yet another case where I was proven right. Multiple homes haunted? Yeah, that’s a big no thank you from me. But things like that never turn Luke off a case. Especially not when his rival is involved. Which I’m assuming is why he made sure he was looking good for their meetup. Though I’ll take a slow motion sunglasses walk from Tim Rozon any time. Any. Time. Luke played it cool with Greg and I loved that he wasn’t willing to compromise anything about himself. Or the way he does his work. He doesn’t take care of haunted properties just for the money. Luke’s motives are more pure than that. By a long shot. But Greg’s clearly are not. Which is probably why he and Luke are competitors to begin with. 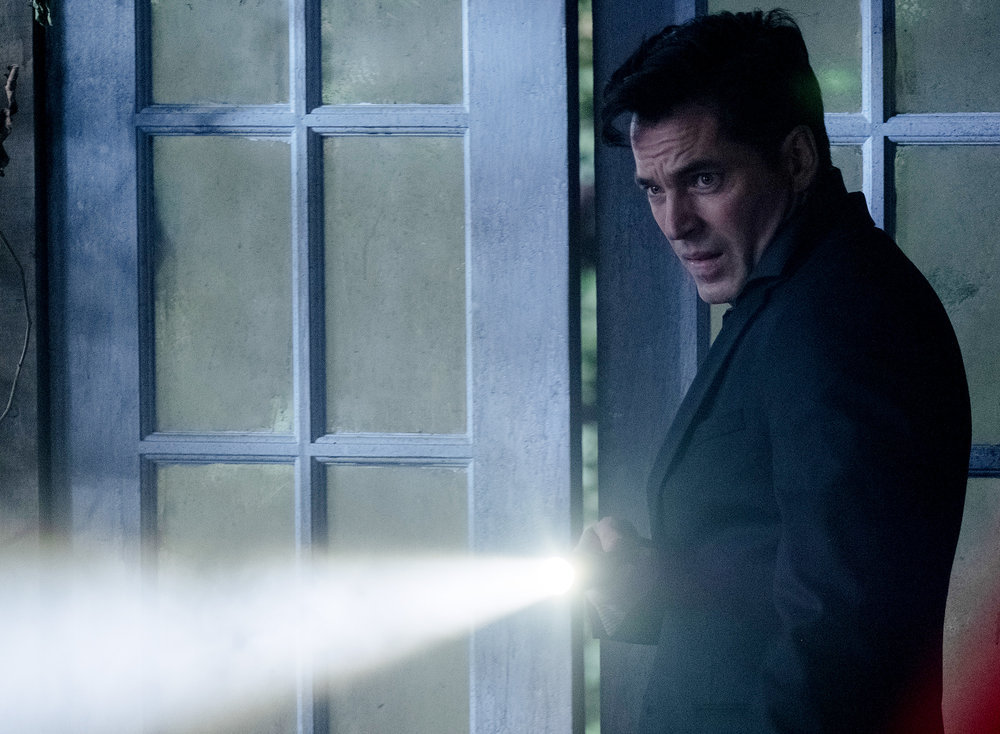 While both of them owning real estate agencies could be the only reason, I’m not betting on it. There seems to be some deeper history there. And I hope that as the season goes on, a bit more of it is shown. I want to know more about their relationship and whether or not they’ve ever gotten along. Or if they used to work together. Because Greg clearly knows what it is that Luke and the rest of his team do. But he doesn’t seem to be able to do it himself. So that definitely leaves me with some questions. A lot of questions, actually. I really need to know more about their dynamic. Because Luke took way too much joy in shutting Greg down. And I enjoyed it immensely as well. But I need to know more about how they ended up here.

It seems like the team has been splitting up a lot in the past couple of episodes. Which is fine for some cases and I get it. But I would much rather see them all working the same case. One case of the week would be plenty for me. But I’m hoping they are only doing it so the dynamics between the team can get a bit deeper. Especially because Susan is new. So I understand why it may be a good idea to put her with different members of the team on different cases. It certainly worked with her and Zooey working the coastal house together. But once Susan is able to get on better ground with the rest of the team, I’m hoping that things will go back to the entire team working on one single case together.

While it probably can’t really be called a team up, I find myself continuing to dislike whatever is happening with Meg and Luke. And not just because I’m sitting over here rooting for him and Susan to have something. But because I just don’t really see what is actually happening there. Meg literally just broke up with her fiance and Luke really hasn’t been reaching out to her much. Made clear by Meg reaching out and accusing Luke of ghosting her. Though he did eventually go to her and tell her what was up. So maybe it’s just me, but I’m not really seeing a spark between the two of them. Or finding their interactions all that fun to watch. Things between the two of them just don’t seem like they are a recipe for anything good.

I absolutely love that Susan was able to use her powers and show that inner badass! It was pretty great that Zooey was there to see it too. This episode provided them with a lot of bonding time. So I’m hoping that means they’re going to get along better in the future. Because I think they make one hell of a team and it’s clear they can accomplish some pretty impressive things together. I also hope that we get to see Susan using her powers more in the future. Because the way she was able to form the house into an imitation of a light house and end the haunting for good was beyond impressive. And it left me wondering about what else she is capable of. Plus, I want to know more about how she has learned to use her powers over the years or if she’s really used them at all. 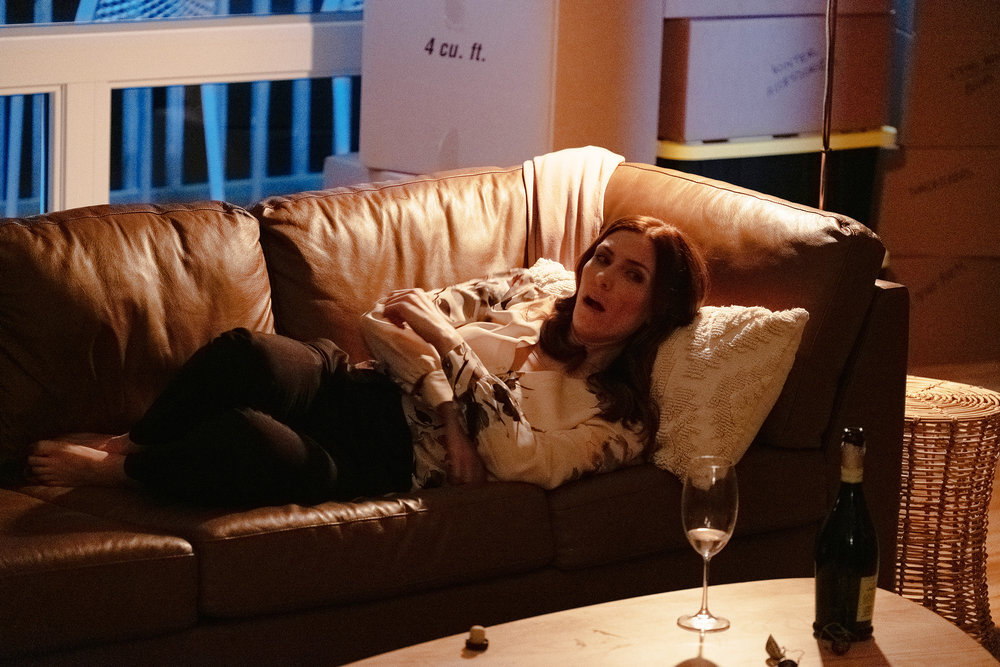 What did you think of SurrealEstate 1×04? Were you a little creeped out by this episode like I was? Or were you just loving everything that was happening from start to finish? Where do you stand on Susan and her powers? Do you think we’re going to see her using them more in the future? How often do you think she has used them over the years? Do you think we’re going to see Susan and Zooey getting along a bit better from now on? Are we going to see more of Greg? Or was this our first and last time having to deal with him? Find and follow us on Twitter @capeandcastle to share all of your SurrealEstate 1×04 thoughts with us! And be sure to check out our site for more content on all things Disney and beyond!