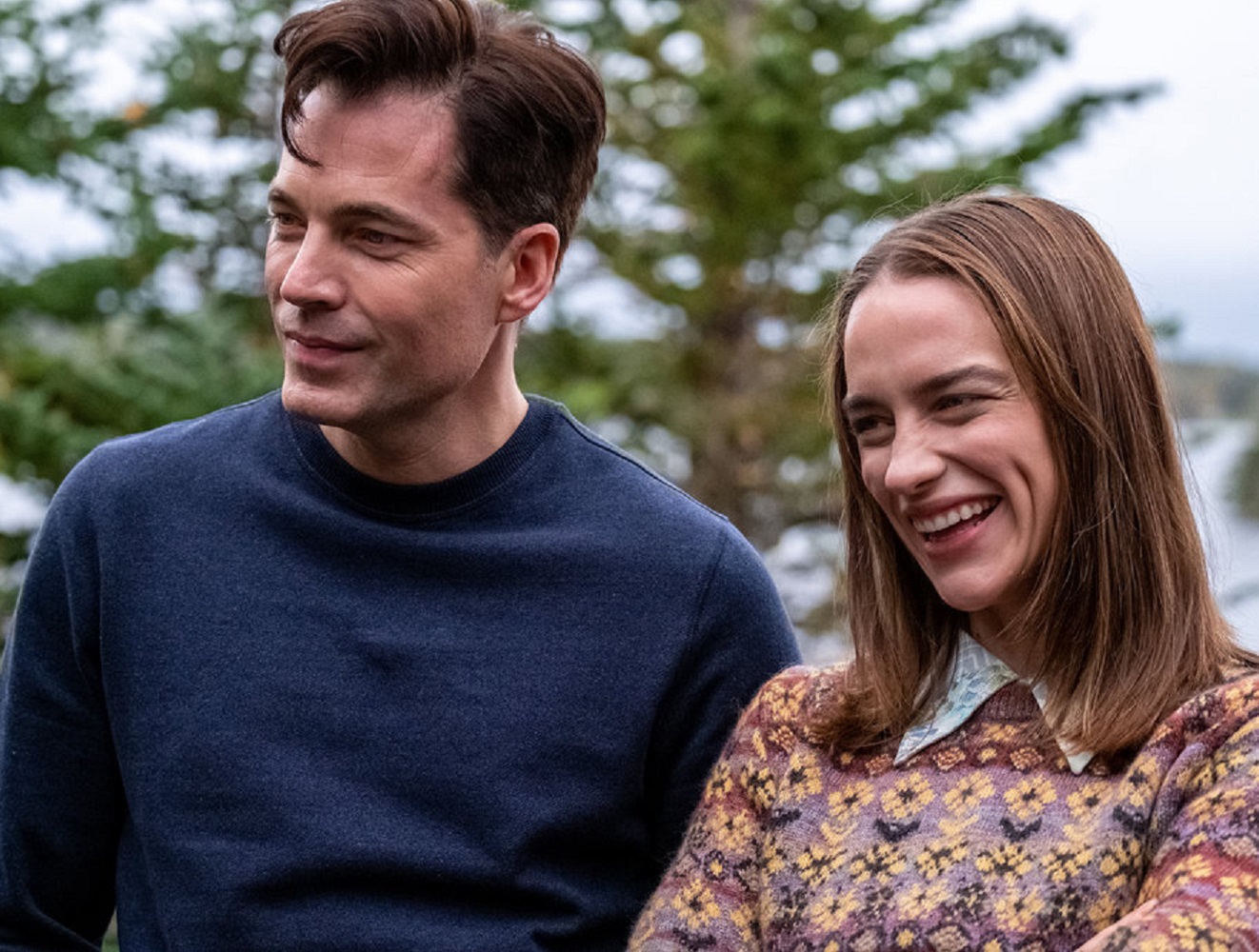 This episode was a Wynonna Earp reunion! We got to see Melanie Scrofano make an appearance. And naturally, she played a character that was absolutely unforgettable! Plus Susan had to deal with a difficult author client that was looking for a house as creepy as he could find. Which meant Susan had to lean on Zooey a bit and ask for her help in order to make him happy! And the rest of the team began getting a little suspicious of the special interest Luke is taking in Megan’s home. Luke also got to see the spirit of his mother! But it certainly wasn’t a pleasant visit. So keep reading for my SurrealEstate 1×03 review!

One of the things I love about Luke is how ridiculously good he is at his job. From the opening scene, I believed what Harper told the couple about the property and how it was haunted. And I figured Luke would be on his own to solve it. But when he got there, it took him about five minutes to call Harper out on her bullshit haunting of the place. Which left me wondering just what the hell was actually going on. Because Luke most certainly saw a spirit in the woods. And Harper was kind of acting like she was a good candidate to be a freaking serial killer. And the first half of the episode really left me wondering why Harper was pretending the house was haunted when it most definitely actually was. No pretending necessary. 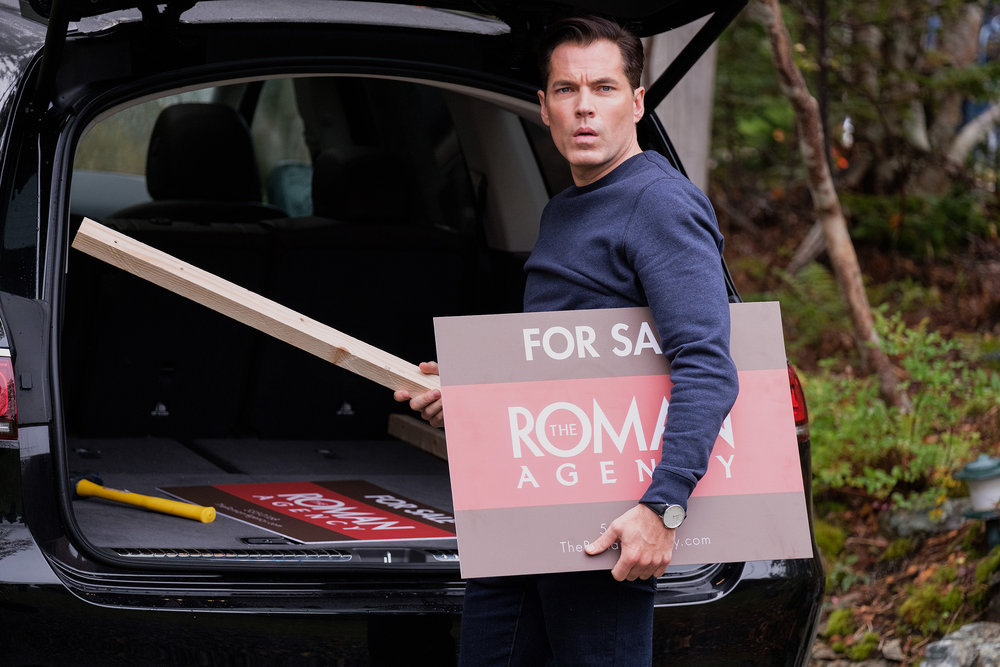 What I learned from this episode and would like to see Luke also learn, is maybe don’t go anywhere alone again. But I also think Luke probably learned absolutely nothing. And he will most definitely go off on his own again. At least the strange behavior coming from Harper ended up having an explanation. It didn’t make things any less creepy, but at least it was an explanation. Crazy serial killer Harper? No thanks. Crazy passed on relatives speaking through Harper and using her to do their bidding? Hell yes. Let’s do it. Though it was clear Luke was going to have his work cut out for him when it came time to actually beat those relatives. Talk about family not being able to let go!

August and Phil were both pretty sure Luke was taking a special interest in Megan’s property because of the homeowner. And they really weren’t wrong. But they weren’t entirely correct either. Yes, Luke has taken a special interest partially because of his obvious crush on Megan. Even though I am still hoping he won’t act on that. But his other motivation is the fact that the home was the last place he knows of his mother being seen. Something August and Phil seemed to find more than just a little interesting. Along with being clearly surprised that Luke hadn’t shared with them the information. Then we found out a little more about his home growing up and the fact that he was able to see ghosts when he was a kid.

Meanwhile, Susan was stuck with a client that was more than a little difficult. And while he seemed like he was interested in a home with supernatural properties, I don’t know that he actually wanted somewhere haunted. But with how difficult he was being, I wouldn’t have blamed Susan for putting him with Harper in the cabin! What a pain in the ass. And it also left me wondering if Luke’s agency deals with more than just supernatural clients and homes. Because there didn’t seem to be anything genuinely supernatural with the author or the homes Susan was taking him to look at. When he did finally make a selection, we didn’t see what happened in the home anyway. But at least it provided Susan and Zooey the opportunity to get closer!

Things were put into a pretty clear perspective when Harper was sitting at the table witnessing her dead relatives fighting about their control over her. Her grandma Sam was the only spirit that seemed to have any sense. So while I would like for Luke to not go off half-cocked and alone again, he did do an excellent job. Not only was he able to help Harper leave the cottage, but he was able to get the place up for sale and book some showings while he was at it. And I won’t lie, I was loving the conversation Luke had with Susan when he finally made his way back to the office. Even though it involved Susan encouraging Luke to go for it with Megan. I’m just going to sit back and keep my fingers crossed that something more happens with him and Susan. Sorry not sorry, Megan. 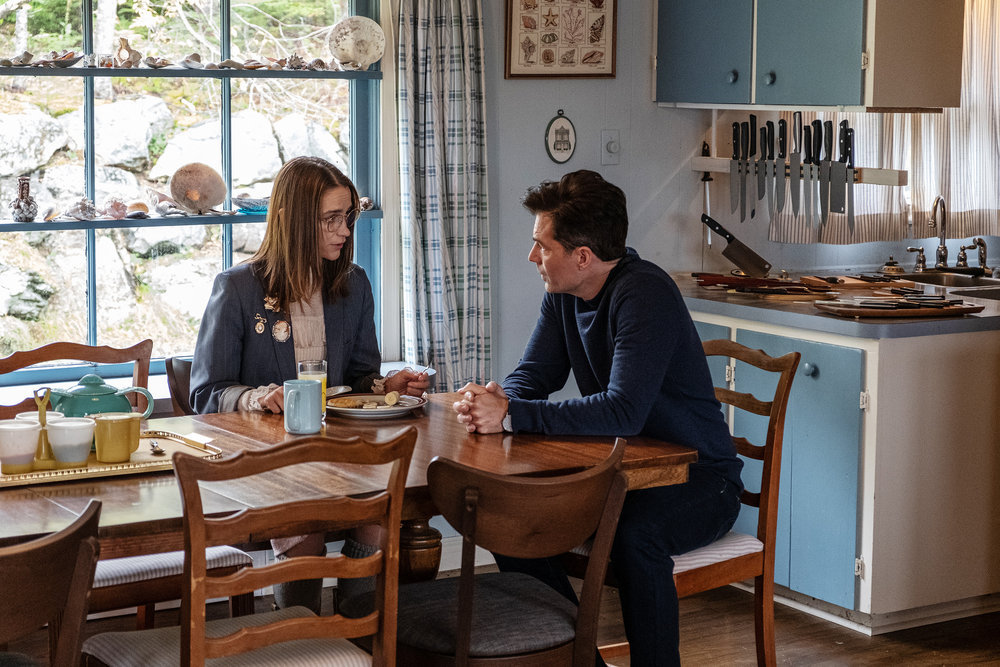 What did you think of SurrealEstate 1×03? Were you happy to see Melanie Scrofano make an appearance? Did this episode have you a little creeped out? Or did you guess what was going on right from the beginning? Do you think something is going to happen between Luke and Megan now that she is no longer engaged? Do you want to see something happen between the two of them? Or would you rather see Luke with Susan? And what was the deal with the spirit of Luke’s mother and the things she said to him? Find and follow us on Twitter @capeandcastle to share all of your SurrealEstate 1×03 thoughts with us! Be sure to check out our site for more articles on all things Disney and beyond!