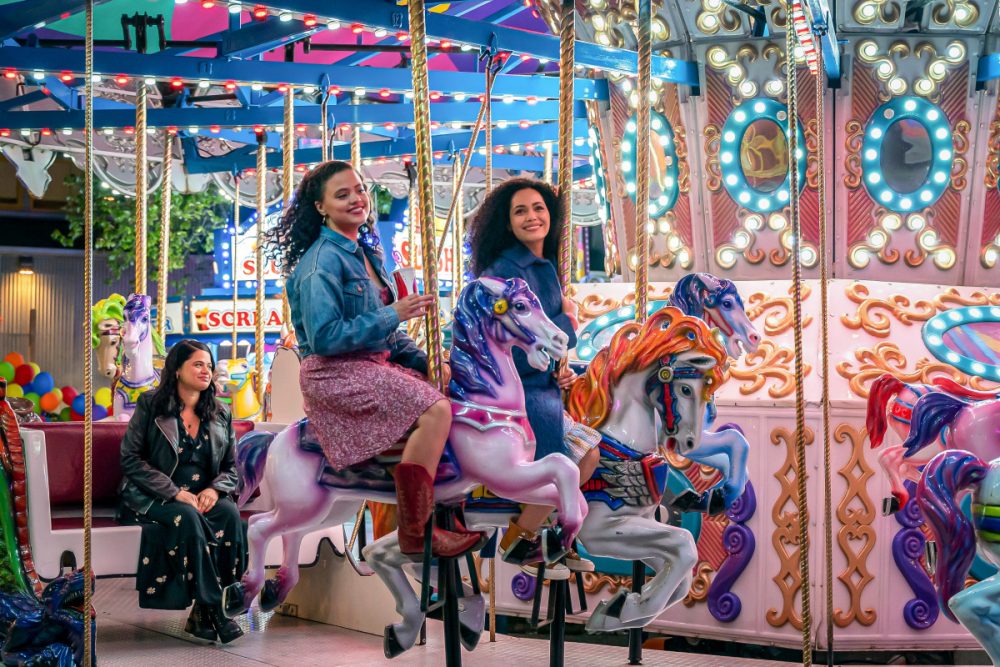 Let me begin by apologizing. If you are looking for my normal overly detailed recap of what happened on the latest episode of ‘Charmed,’ that is not what this is going to be. I typically watch each episode at least three times and take copious notes before writing a recap. I made it through this episode exactly once, thanks to a full bottle of wine and near continuous screaming into the void. This is going to be an explanation of why this is what I consider the series finale of the show. Hopefully, it will also be a tribute worthy of Dr. Macy Vaughn, since that is certainly not what the show gave her. Keep reading for my ‘Charmed’ 3×18 review, however that ends up looking.

The episode began with Macy looking for a magical poison to combat the Whispering Evil. Instead, the Whispering Evil inhabited her body and she ingested the poison to kill it. The only way she could be healed was by a Whitelighter, so Harry had to die again and get his powers back, making his entire immortality story arc pointless. Meanwhile, Macy spent most of the episode in a dreamscape, living out all the happy memories she never got to experience with her sisters. Going to a carnival, skydiving, singing in the car on a road trip. Then she got to experience the things in the future she won’t experience, namely marrying Harry and having a child. All throughout, the writers made sure to remind viewers it was not real.

Harry was able to bring her out of her dreamscape, only for her to tell him that she is going to die, no matter what. Despite the fact this is a magical show where real-life constraints can disappear, the show still decided the best way to end Macy’s storyline was to kill her. The entire episode felt like the most fundamentally cruel treatment of Macy and those of us who deeply love her.

From the beginning, I personally associated with Macy the most. An awkward only child who loves science, she is a deeply relatable character. Her entire life was tinged by tragedy. She was stillborn. Demon blood was the only thing that could resurrect her. The process made it so that her mother could only be part of her life for two years. She spent most of her adolescence at boarding school. Her father died. The embarrassingly few glimpses we got of her life before the series seemed profoundly lonely. 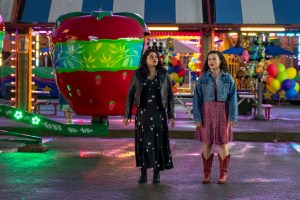 Then Macy found out she had sisters who welcomed her and loved her. The first season focused on Macy accepting the darkness of her demon side and excelling as a scientist. After the first season ended, new showrunners took over the series. Suddenly, Macy became the punching bag. There were still moments where we got to see her have joy. We got to see her and Harry fall in love. Although she no longer worked in a lab, she still used science to save the day. However, most of her storyline was pain and misery.

“The Repeated Traumatization of Black Women”

A few months ago when so much of the storyline centered on Abigael’s redemption, the comparisons to “Sleepy Hollow” started. I lived through that nightmare. I wanted more than anything to believe this show wouldn’t go down that road. For those who were not paying attention then, “Sleepy Hollow” centered on Ichabod Crane and a Black woman named Abbie Mills (played by Nicole Beharie). Their chemistry was amazing, and Abbie was just a straight-up badass. New showrunners came in. Ichabod’s wife, Katrina, ended up becoming a large focus of the storylines, even though she was originally supposed to die at the end of season one. Suddenly, Abbie got sidelined. Behind the scenes, the sheer racism got so bad that Nicole Beharie bought her way out of her contract. Abbie died at the end of season three.

We may never know the full details of what led to Madeleine Mantock’s exit from the show. That is her story to tell to whomever she wants to tell it. It is a difficult thing as a fan because I desperately want to know, so I can have that closure. However, based on statements made and what we saw on the screen, there is not a single part of me that will be surprised if history repeated itself.

I could spend hours going through the ways Dr. Macy Vaughn has been wronged since season two. Abigael tried to murder her. Jimmy kidnapped her, and the show never really addressed that trauma. In fact, she ended up somehow being blamed for hurting Harry by having feelings for the Darklighter. She decided to strip her demon powers with no real discussion of what a huge decision that was for her character. Then when she did it, she had to kneel before the woman who previously tried to murder her. She opened herself up to another love interest, only for him to end up as one of the Big Bads of the season. She nearly had to sacrifice herself (again) in order to save magic. That was just season two.

Season three brought on the inability to be intimate with Harry due to a magical allergy she couldn’t solve. She took over Safe Space, only to be used as a token and experience numerous microaggressions in the workplace. She found out the same person who stripped her demon powers also stole them for herself. Not only that, she had to defend Abigael’s humanity in order to save Jordan from the Tomb of Chaos. By the end of the season, she thanked Abigael for confronting her “difficult past” and returning her demon powers. Quite frankly, ranting about Abigael is exhausting. I want to focus on why this is so problematic for Macy.

There is a disturbing trend in storytelling where the Black character is repeatedly traumatized. We see it in every story ever told about slavery or the Civil Rights movement. But we also see it in modern-day shows. The idea that we have to see Black characters suffer in order to tell Important Stories About Racism is nonsense. By this point, if white people don’t realize racism exists, I don’t know how else to get them to see it. It is also very important to acknowledge that not every story needs to be for the benefit of white people. Black people deserve to see characters who look like them fall in love, succeed, and just feel joy. 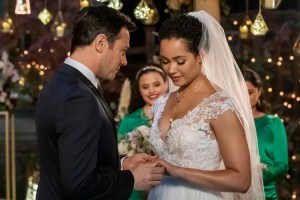 Macy deserved that joy. Madeleine Mantock deserved to play that character. The people who loved Macy deserved to see her experience that joy, especially those Black fans who hardly ever get to see that in the media. Instead, as Macy was dying, she told her sisters they would have a good life and she told Harry he would love again. Macy’s worst nightmare was that her sisters would replace her, and Harry would find happiness with someone else. With this episode, the writers ensured that every single one of Macy’s worst nightmares would come true.

“The Grieving Process of Fandom”

There is a grieving process when you lose something you love. As a person who has fiercely loved more than one television show in my lifetime, I know it intimately. There’s the good grief. That comes when a show reaches its natural conclusion and ends on its own terms. The most common comes with unexpected or sudden cancellation where I mourn for the lost potential.

For me, though, the most profound sadness comes when I decide it is simply too painful to continue watching a show. This comes when it feels like the show has betrayed everything I held most dear. It is rare because I normally stick with a show until the bitter end. However, I have reached this crossroads with “Charmed.” I do not intend to watch season four. It will be a while before I can even watch the early seasons again.

I do not know who this show is for anymore. I do not understand what story the writers are trying to tell. It is no longer a particularly entertaining one. The message of empowerment and sisterhood that was present in the first season is not at all apparent anymore. There are occasional glimpses of good. I love the way they addressed Maggie’s anxiety. There was promise to Mel’s activism before they dropped that thread entirely again. The rest of it, though, has made very little sense.

It can sometimes be embarrassing to be so deeply upset by a television show. These past two weeks, I’ve been reminded more than once that it’s “just a show.” However, this world and these characters are very real in my head and in my heart. They have been like a security blanket against the world. It has been hard to have that ripped away so suddenly. At times, I wish I had never watched it because then I wouldn’t know this pain. However, I also wouldn’t know these actors and the wonderful community I developed because of this show.

So, farewell “Charmed.” Farewell to Dr. Macy Vaughn, one of the great television characters who never got to live up to her full potential. You will live on in our hearts and our fanfiction. Farewell (for now) to Madeleine Mantock, although I will follow her to any other project. The same is true for some of the actors and a small handful of the writers. As for the show, I am choosing to believe it ended with Macy and Harry getting married in their backyard, surrounded by their loved ones. How are you feeling after this episode? Find us on Twitter @capeandcastle to share your ‘Charmed’ 3×18 thoughts. Be sure to check out our site for more content!