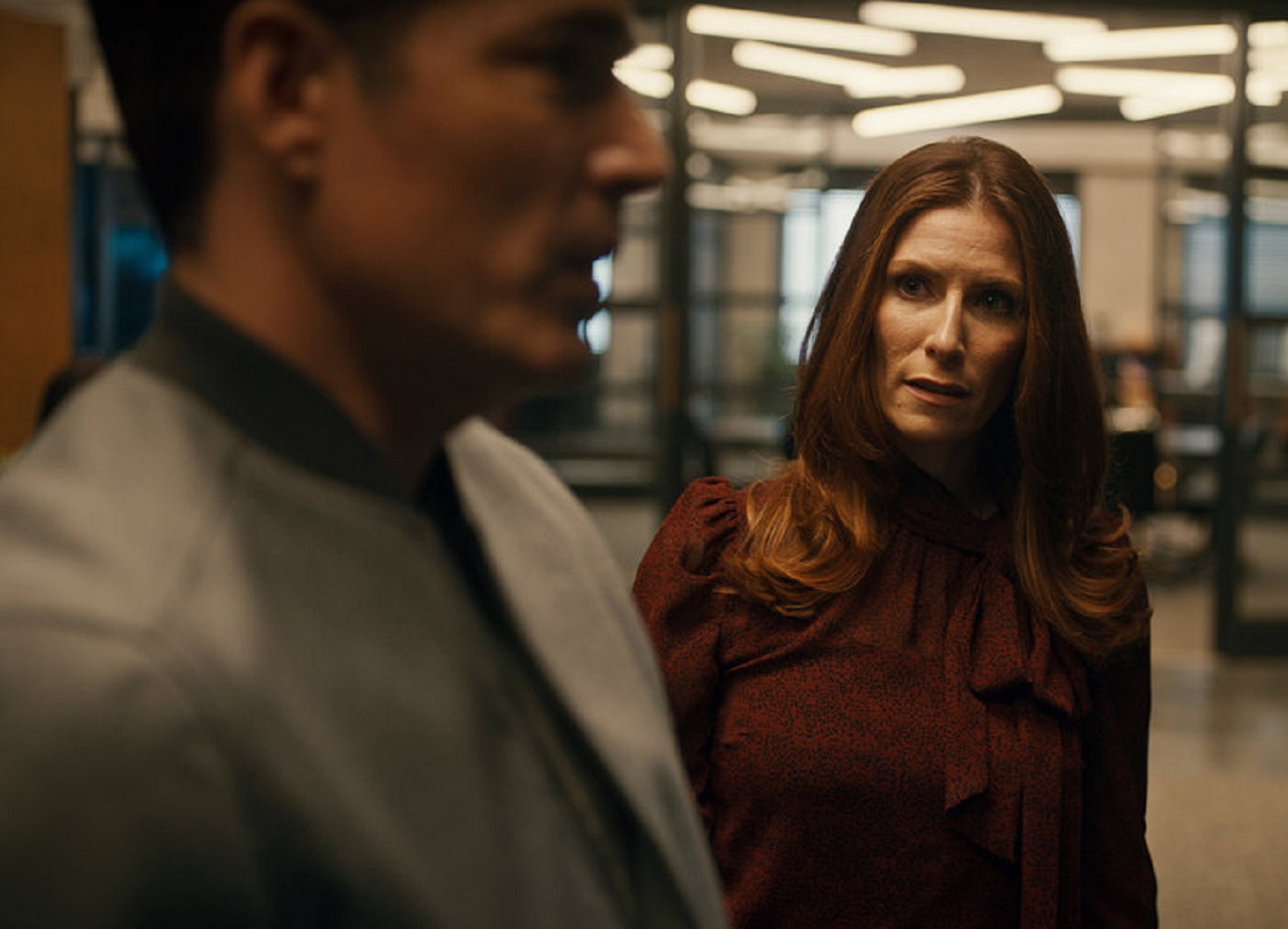 This episode took the creepiness factor and cranked it all the way up to 11! And that’s putting it mildly! This one was all about a little boy and his “imaginary” friend. See how I put that in quotes? Because this boy’s friend was definitely not imaginary. But she was absolutely terrifying! And it was no wonder his parents were having a hard time selling the house! It was a big yikes from me, that was for damn sure. Creepy little girls always give me some major chills and this one was definitely no different. But Luke and his team were on the case! So keep reading below for my SurrealEstate 1×02 review!

Kids with imaginary friends in movies and tv shows freak me the hell out. Seriously. That’s a big nope from me. And this case was definitely no exception. This little imaginary friend was vicious and absolutely terrifying. She also wasn’t planning on letting her new friend go any time soon. Cindy was a little psychopath spirit and I don’t feel bad for saying that in the slightest. Luke didn’t seem to think too much about Cindy being threatening at the beginning of the episode. But I knew she was going to prove herself to be nothing short of nightmare-inducing. And I definitely wasn’t wrong about that. She came off as all sweet and innocent but the second she wasn’t going to get her way she went from zero to crazy in seconds. 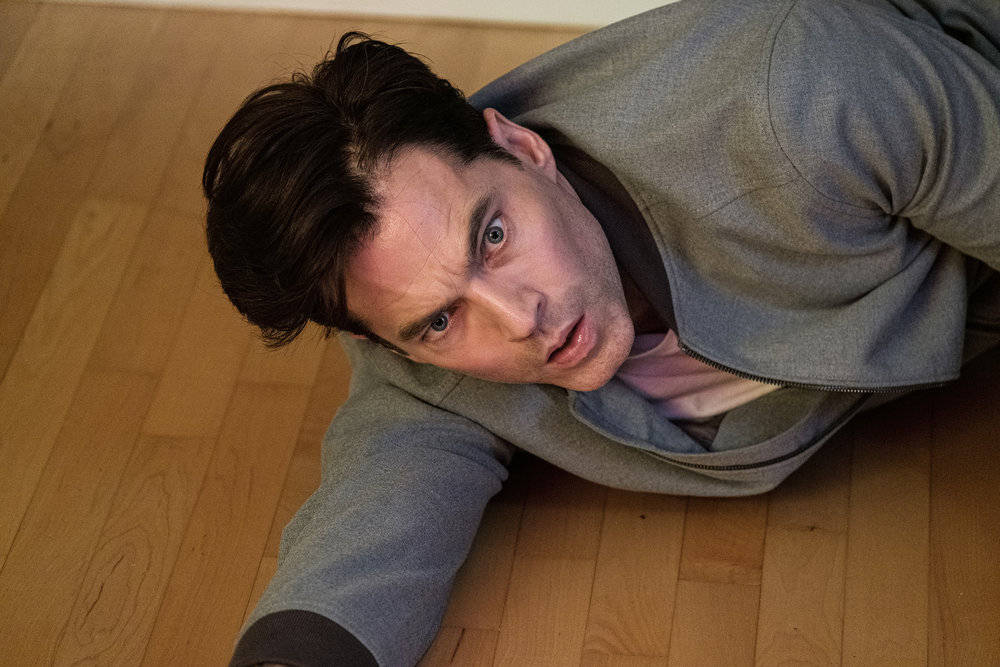 I loved the way Luke immediately called out Cindy. He wasn’t buying her bullshit for a single second and he told her so. Not that it was a surprising thing to see. His reputation is as good as it is for a reason. But that doesn’t mean that Luke is always right about everything. And again, it’s part of what I love about the dynamic between Susan and Luke. She isn’t afraid to call him out on his shit. So when she told him that he needs to share his knowledge about all things supernatural with her instead of shutting her out, I was nodding my head in agreement. Luke is the leader of the team, there’s no doubt about that. But he is still part of a team and if he wants Susan to be a part of that team, which he clearly does, then he needs to start acting like a teammate and not just the leader.

Susan was certainly picking up on how the Roman Agency picks their homes quickly. It definitely feels like she was meant to work with Luke and the others. I also loved how she wasn’t afraid to call Luke out. She knew he was feeling a little something for Megan and didn’t hesitate to tell him she saw it. But I’m not going to lie, I’m keeping my fingers crossed that nothing happens between Luke and Megan. I’ve already decided that I’m going to be rooting for a Susan and Luke romance. I’m not even sorry about it. Their dynamic is fun and is absolutely part of what keeps me hooked. But I have a feeling that Megan isn’t going to be going anywhere and probably isn’t going to be engaged for much longer. With my luck, there will probably also be a love triangle.

While Susan seemed to fit in well with the line of work, she didn’t seem to be fitting in that well with the team. I was hoping her scary encounter in the attic and the following discussion with Luke would calm her down a little. But it clearly didn’t as she did a showing of the house even after he specifically asked her not to. Luke has obviously been around the block a few times and there are reasons why he does the things he does. It just seems to be a bit of a learning curve for Susan. She’s just got to find her footing and figure out how things are different when it comes to these houses with special circumstances. By the end of the episode, things were going much better between her and the rest of the team.

When it came time to send little Cindy on her way, Luke was done messing around with her. And I love that he asked Susan to come to the house to help him. I loved listening to Susan defend Luke and talk about what a great man he was with the Quincy family even more. Pretty high opinion to have of a man you just met. But it was a more than accurate description because Luke is seriously kickass and he proved it with the way he dealt with Cindy in her true form. A form that is only going to give me nightmares for like a month. Or two. Though what will help keep the nightmares at bay is the fact that Luke asked Susan what she was doing the evening after they sent Cindy back to wherever it was she came from. And Susan actually asked Luke if he wanted to meet her mom! It didn’t happen. This time. But I still have a feeling it will. 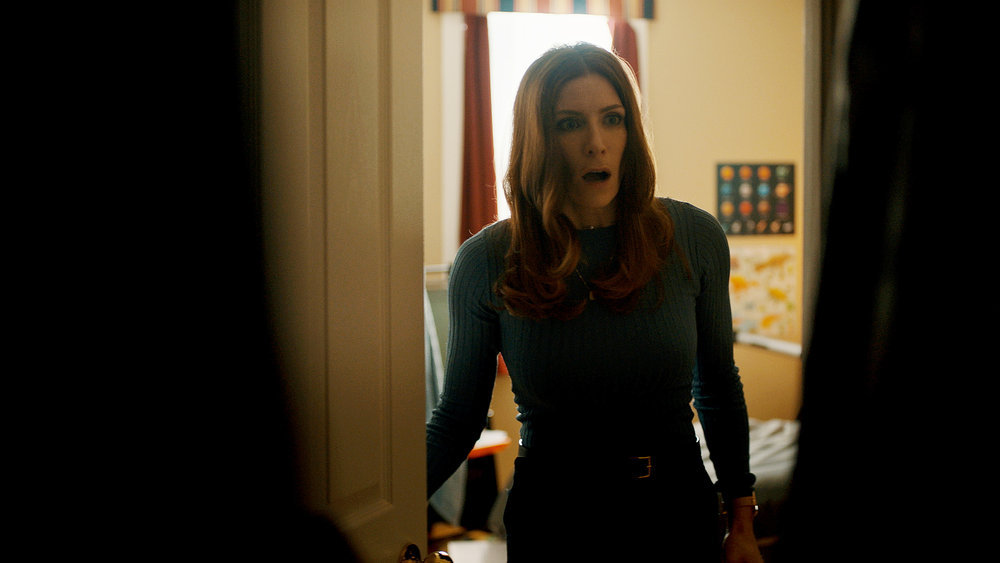 What did you think of SurrealEstate 1×02? Are you as hooked on this SyFy series as I am? What did you think of Susan not listening to Luke when it came to showing the house? Were you surprised to see how well she handled the situation in the attic? How do you think Luke got into this kind of work? Do you think he has any abilities of his own? Do you think something is going to happen between Megan and Luke? Or is he going to follow his own rules and stay away from her because she’s a client? Do you sense something happening between Luke and Susan? Find and follow us on Twitter @capeandcastle to share all of your SurrealEstate 1×02 thoughts with us! Be sure to also check out our site for more articles on all things Disney and beyond!