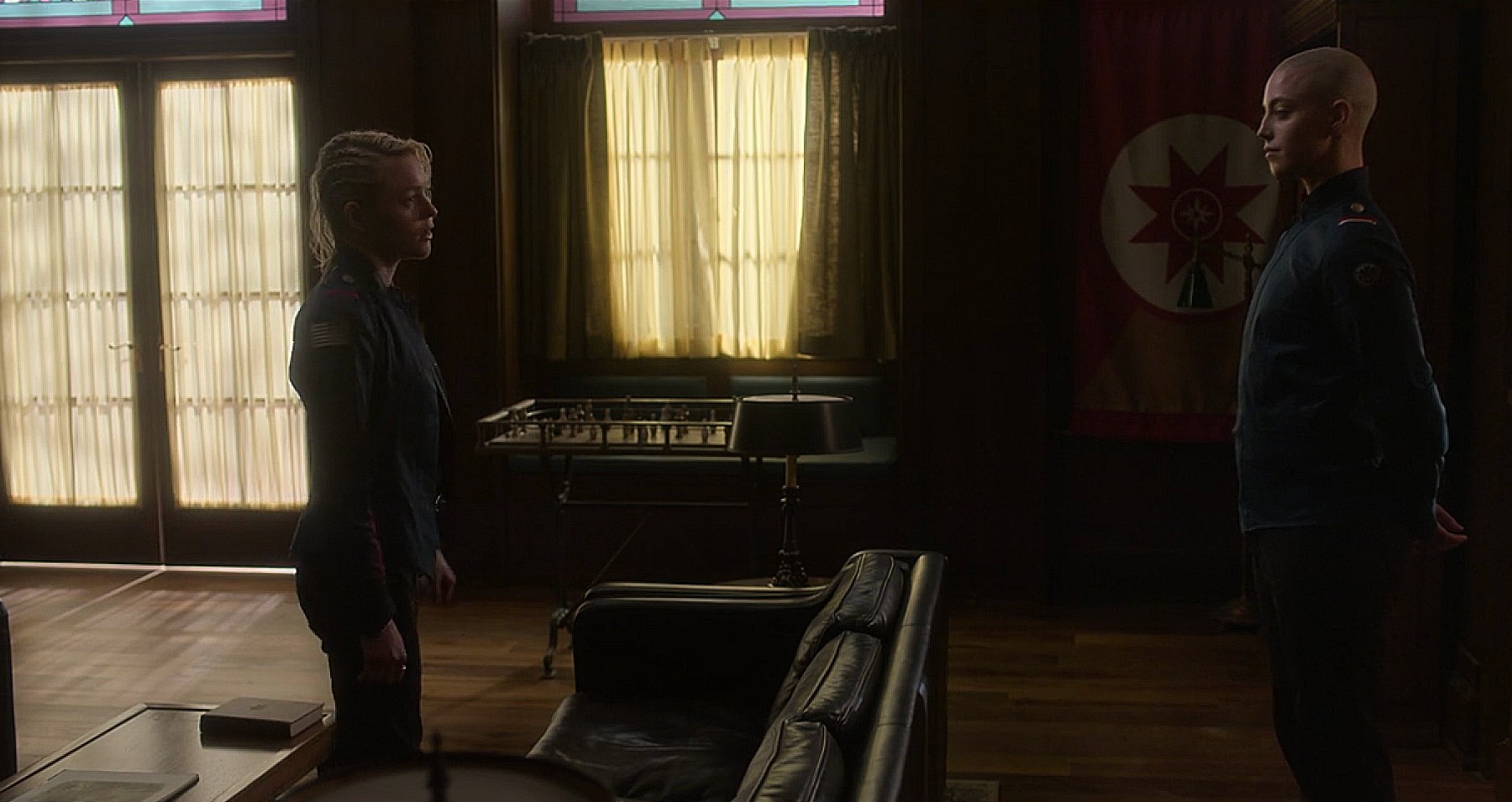 Last week on MFS (2×01 review here), Raelle, Abigail, and Tally faced new challenges that may start to pull them apart. Now, it’s off to War College for our girls and they’re already popular among their new Coven. Meanwhile, Anacostia worries about what kind of approach Alder should take with their enemies. 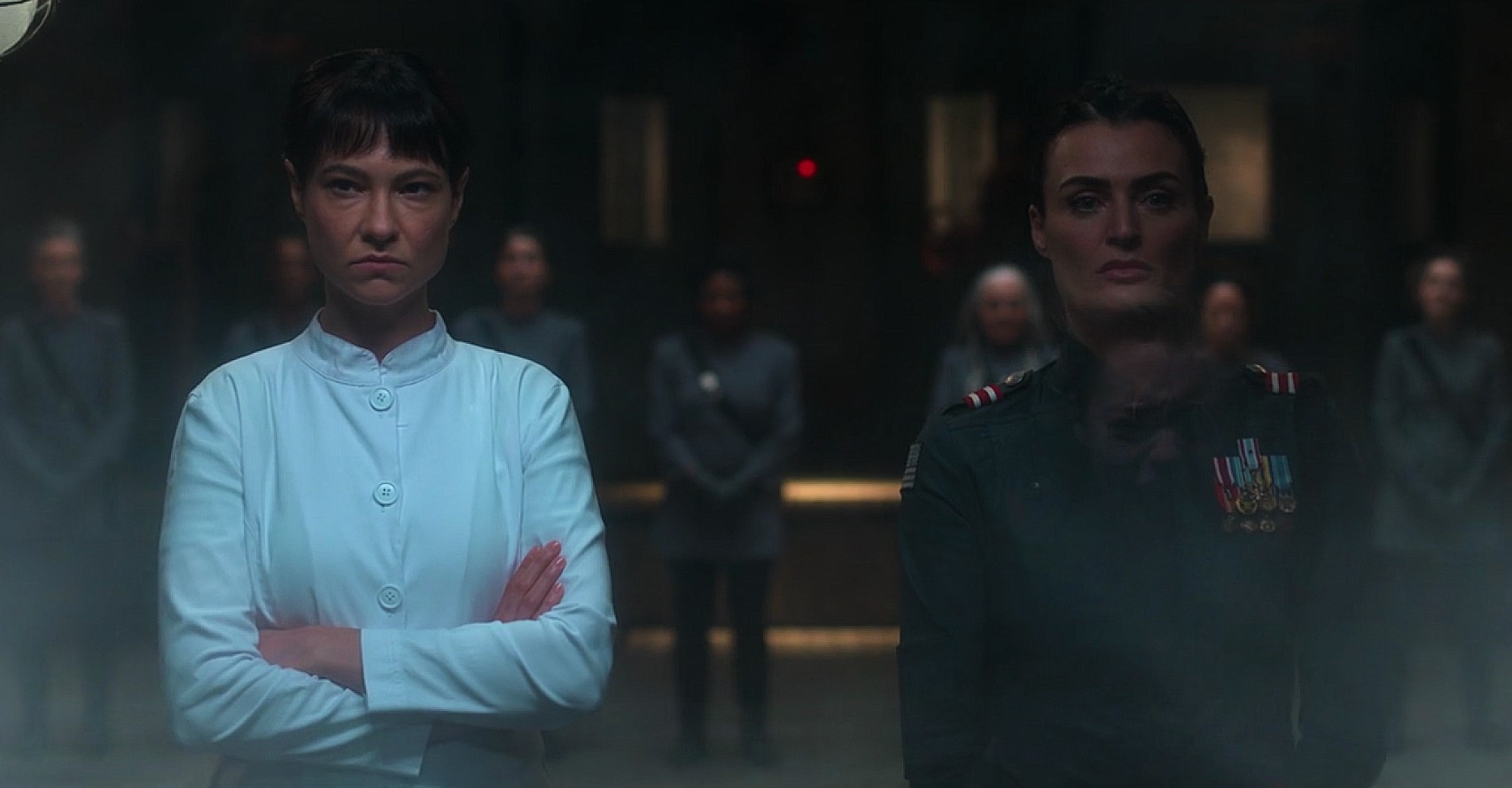 Though Abigail (Ashley Nicole Williams) and Raelle (Taylor Hickson) were tested relentlessly, they were unable to recreate the power they did out in the desert. However, the remains Raelle and Abby tried to hide in the desert discovered and Alder (Lyne Renee) wanted answers. So did we. The way the answers were gained, however, was terrifying. Both Abby and Raelle were put in harm’s way-the air sucked out of them-just so that mysterious power would come into play. That power turned out to be from the strange wall that Raelle touched last season, a kind of mycelium as it was.

There’s so much mystery surrounding this entire situation and it’s keeping us hooked as it slowly unfolds. Even so. We’re deeply concerned for our witches. The way Alder is coming between them doesn’t seem to be bringing them closer together as a unit, but pulling them apart. Tally due to her connection to Alder, Abby because she isn’t really a part of what really makes Raelle more powerful, and Raelle because she doesn’t trust Alder. Our ladies are starting to fall apart and it’s worrisome.

Placed into Sekhmet Coven. We got a quick rundown of the layout of War College. Each dorm is a coven based on a God. Sekhmet is the goddess of healing, war, chaos, plague, and the hot desert sun. So, she ties in with our ladies so so well. especially with Raelle being a strong-as-hell healer, Abby born of a military family built for war, and Tally quite the handler and seer of chaos, most definitely. Sekhmet is also a badass warrior, also much like our ladies-and now also gentlemen. We spotted you, Praneet Akilla (Nancy Drew), joining the ranks. Dope AF. Still, his presence and ties to Libba had us sorely missing her. 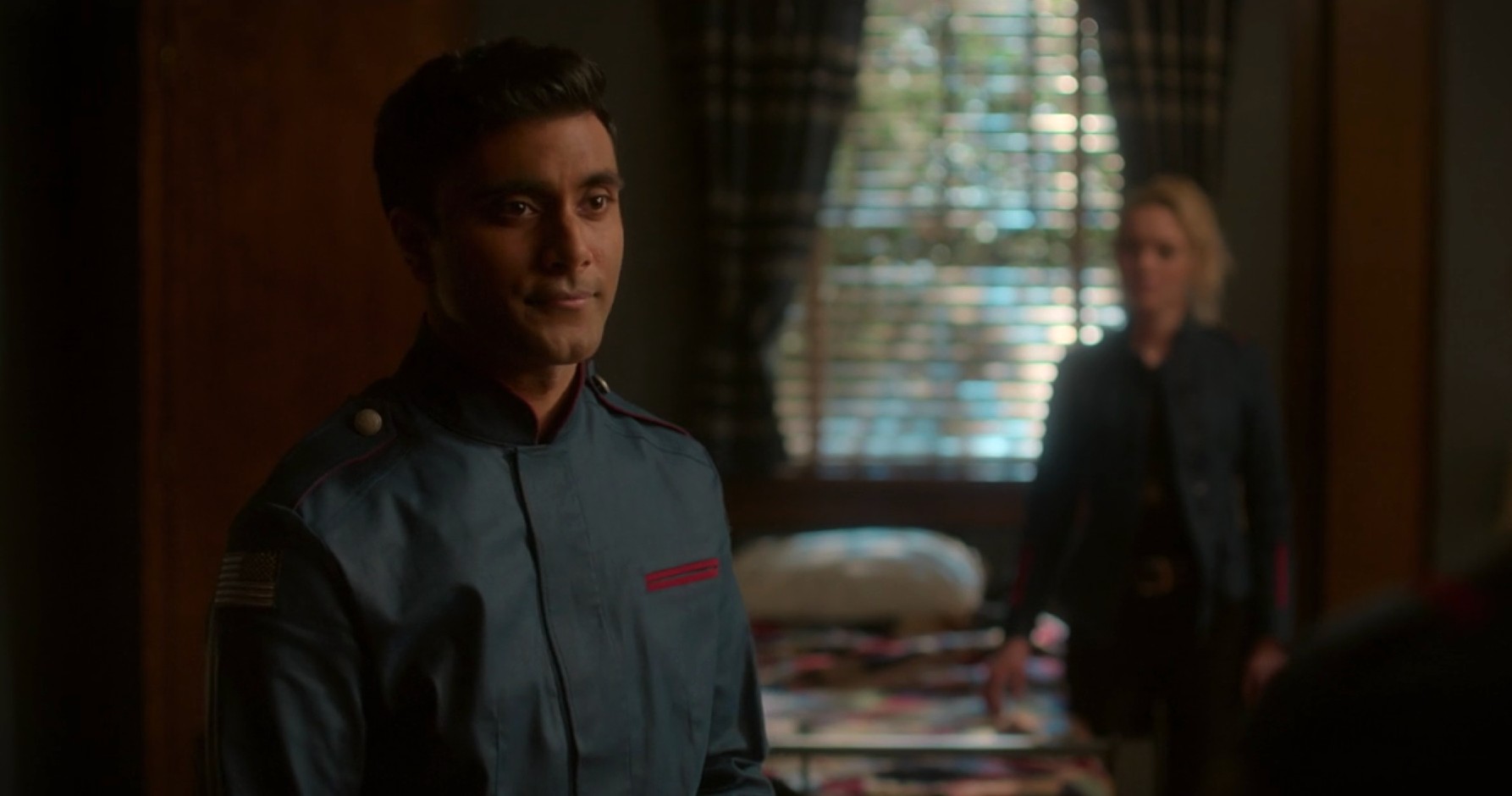 While rumors and intrigue had already spread around about Raelle, Tally, and Abby, it was Alder’s visit to the coven and riveting speech that really put all eyes on the girls. She spoke of togetherness but her focus was pretty specific.

Meanwhile, the introduction to some of the classes the epic trinity would be taking was beyond words. From a class to learning the mother-tongue of witches to a class that can decipher sound and how everyone possible sound can be used in a deadly manner. We wish we could take these classes! Stunning, incredible, and utterly wicked. However, we could’ve done without the doll room. That was super freaking creepy. Nightmares are going to happen. 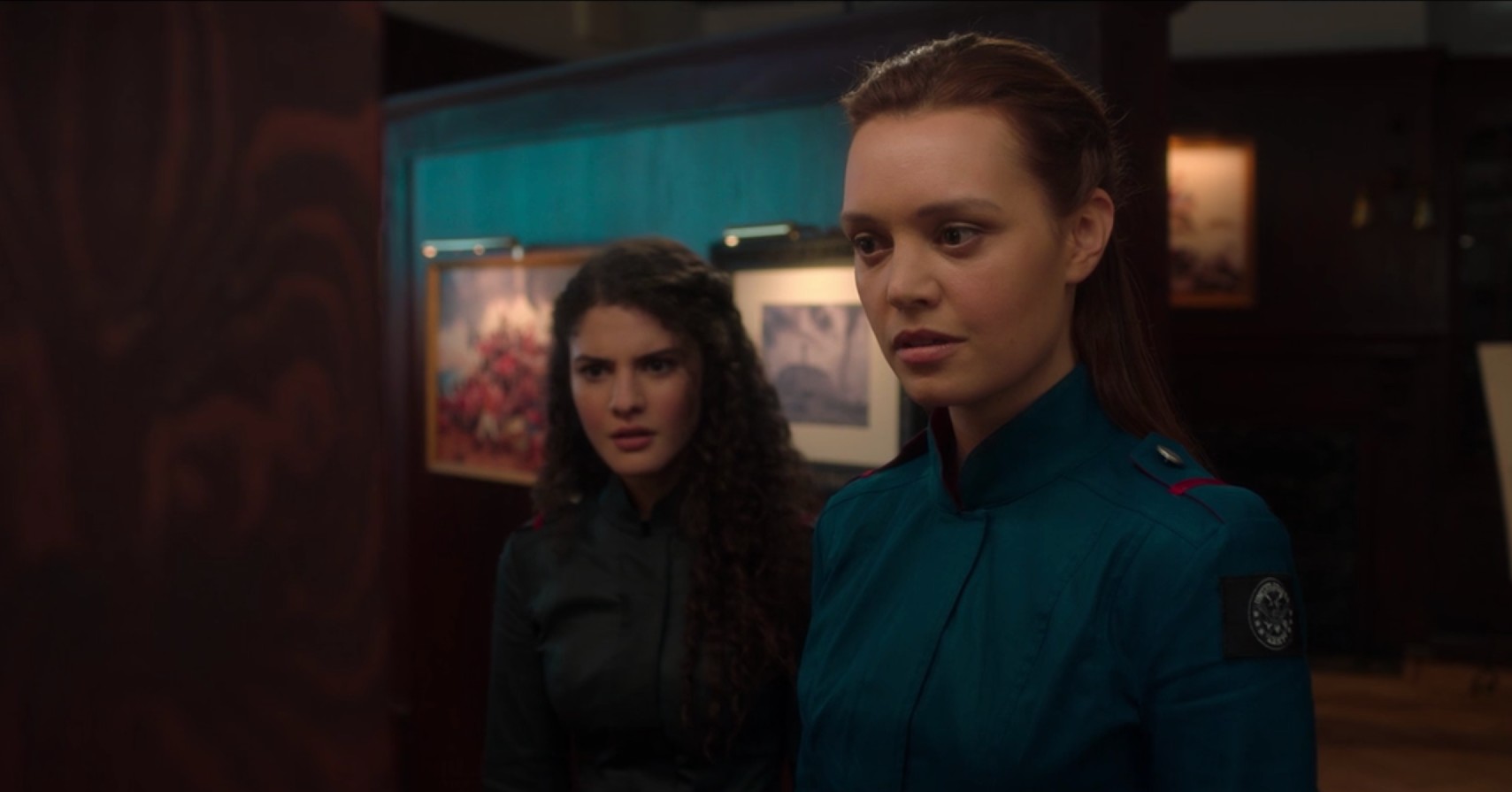 Tally took the new witch, Penelope under her wing. Knowing what it was like to feel nervous and alone in a new place, Tally couldn’t help it. With her natural and welcoming demeanor, it was perfect. We still worry about Tally’s connection to Alder, especially after the latest memory vision she experienced. Still in the jungle, she saw more of Alder’s time fighting The Camarilla.

Tally is going through so many changes and becoming much stronger. We’re hoping that helping Penelope helps pull her away from Alder. The obsession she is having is concerning, though it seems to be leading her to a witch that’s been cut out from a part of Alder’s past, a witch Tally saw firsthand in the recent memory. A great lead-up to something so much bigger that left us wanting more. So much more. 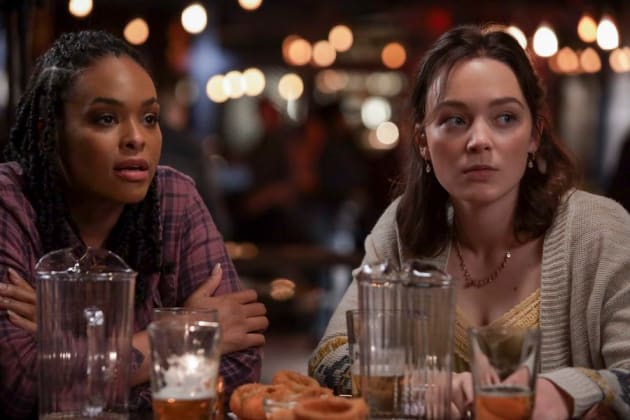 Scylla (Amalia Home), doing undercover work, revisited the mall where she had helped The Spree by having several people jump to their deaths. There, she attended a rally for those who stilled mourned and met up with a few people she was trying to gain info from. Things got real interesting when Anacostia (Demetria McKinney) showed up with a mournful remembrance to share at the rally.

The possibility that The Spree and the army could become allies is very interesting. However, we can’t help worrying about Anacostia because if Alder finds out too soon that she’s working toward an alliance, she may be deemed a traitor. We’re can’t handle that happening to our mama-costia. Nope! But, she’s smart and we have faith in what she’s doing. We also have a feeling that Anacostia cares quite a bit for Scylla like she does her other girls and is watching out for her. We just hope she’s careful and doesn’t get found out by this radical group she and Scylla are infiltrating because they’re out for blood. 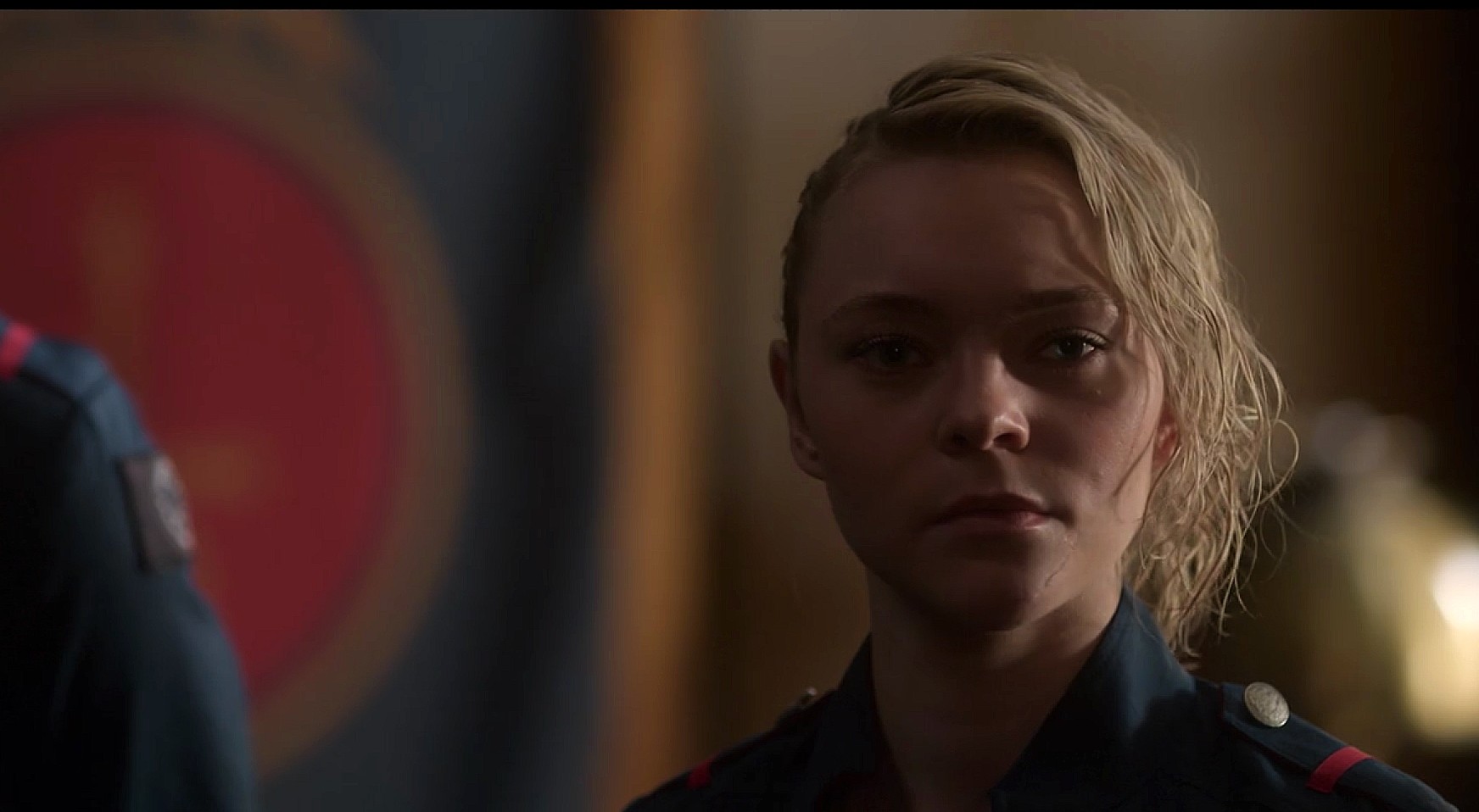 This week, Raelle’s fearlessness in her new environment at War College and unyielding challenge to Alder was the top moment. Her Coven leader saw it too. That chemistry was on fire. Scylla better return soon because she may have competition.

We’re really hoping that this courage and ability to endear spread to Tally and Abby because the two of them are struggling at the moment and we are not prepared to see these three, who’ve come so far, break apart. Whether it’s a face to face with The Camarilla, humanity, or Alder herself, they’re going to need each other. Right now, they aren’t in sync. That’s why Raelle is our top girl right now. Unshakeable and unbreakable, she comes back from anything and as one of the toughest witches around, she can rally her girls. It’s just going to take some work.

What did you think of this week’s episode? Let’s chat in the comments below and don’t forget ot follow us @capeandcastle on Twitter to keep up with other shows you love!