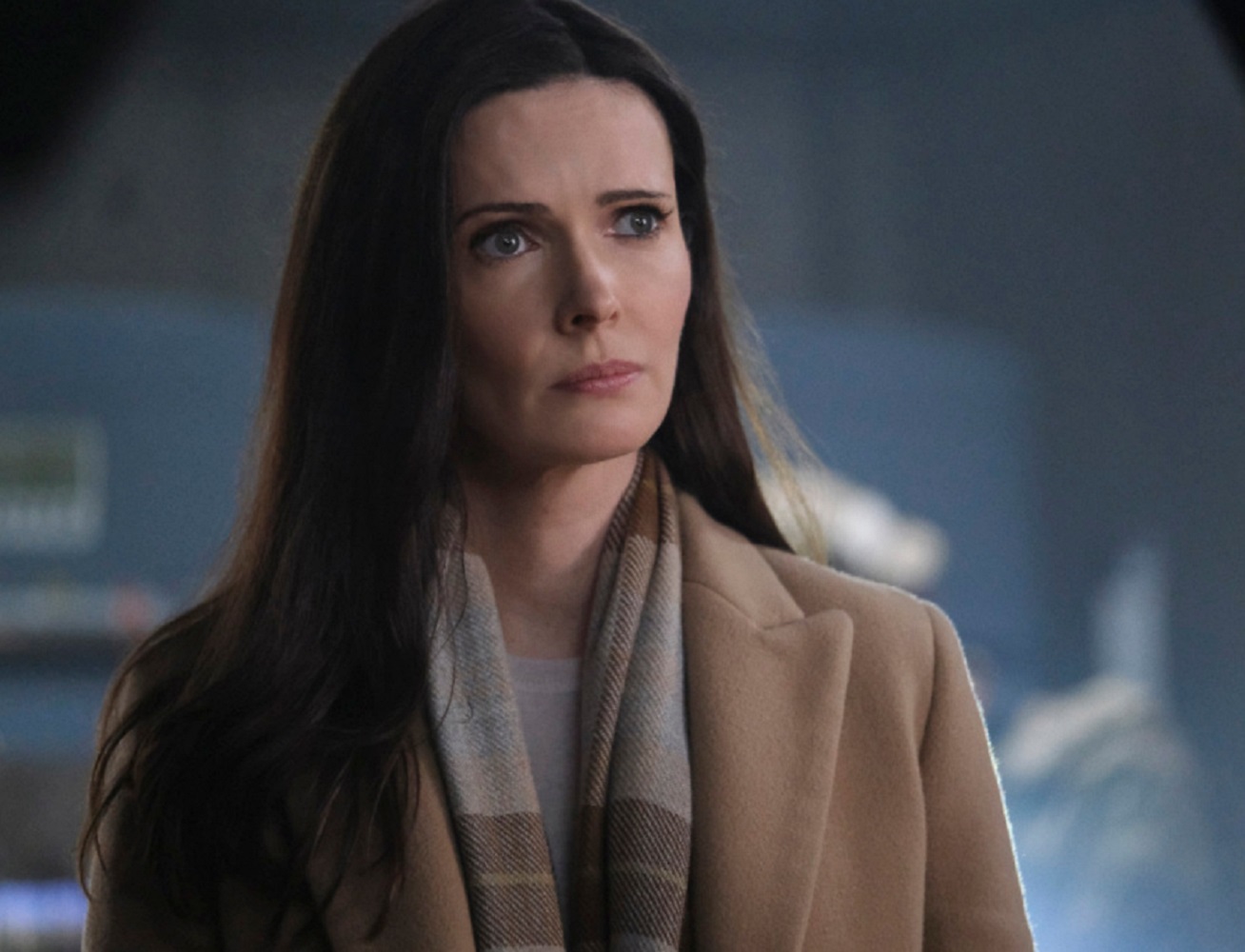 This episode was filled with so much action and extras that it felt more like a season finale. It had heartache and we found out more about Morgan Edge. So keep reading for our Superman and Lois 1×10 recap!

Morgan’s name is Tal-Ro and he is Superman’s brother. In Krypton, they have arranged marriages. Lara Lor-Van was matched to Tal-Ro’s father and they had a child together. But she married Jor-El for love and had Kal-El. Lara was warned Krypton was dying and Tal-Ro was sent to Earth by his father.

Tal-Ro aka Morgan Edge was the first son sent to Earth to help the dying Krypton, even though everyone believes it was Superman. He did not get the greatest upbringing on Earth-like Kal-El. He wants Krypton to be brought back and take over Earth. That is one reason he is building an army.

Sam tells Lois that they need to get Kyle Cushing for what he did to them. But Lois says no that she will go see Lana and talk to Kyle. Lana asks Kyle about volunteering for Edge’s program. She tries to ask him where the conversion machine is. Before he can answer, Lois knocks on the door. Kyle turns into someone else and tries to kill Lana and Lois. Sam breaks down the door and captures Kyle.

Kyle is then kept in a Kryptonian cage. The DOD takes over Smallville, and Lana tries to help. Sarah is angry at her mother and talking to Jon and Jordon. Jon tells Sarah the truth, believing that everyone needs to be more honest.

The eradicator needs to be found. A doctor named Dafney Donovan that works with Edge needs to be found. Lois tells the twins that Clark will never change and that they are a family. Morgan never had a family so that is why he wants to bring back the Kryptonians.

The doctor is found and the eradicator is moved to a safe place where they can figure out how to use it. Lana is a bit intimidated at the sight of Superman. Lois tells Lana that everything will be okay. Sam informs them they need a volunteer for the eradicator to work. So Lana volunteers to put Lara Lor-Van’s consciousness using the eradicator. Lana believes a lot of this is her fault since she talked her friends into going into Morgan’s program. Plus the fact that her own husband tried to kill Lois and Jordan.

Jon and Jordon try to get Sarah in to see her dad. But the guard will not let them in and Sam finds out what the twins are up to. He is upset with the boys. Jordan tells his grandfather that he is tired of lying. Sam lets Sarah go in for a few minutes and she realizes that the man in the cage is not her father.

The eradicator works and Lara El is in Lana’s body. Lara explains to her son that Kryptonians were peaceful people – most of them anyway.  The eradicator was never meant to take over another race. Lara tells her son that she is proud of him and what he has done on Earth. Kal-El wonders why he wasn’t sent to Earth with a crystal of Lara’s even though, he was sent with one from his father. Hers was stolen by Tal-Ro’s father as a punishment for leaving him. Lara’s biggest fear when she let him go as he would be without a mother. But Kal-El tells her that he did have a mother, Martha. Lara tells him all she wanted was for him to find a new home, beloved, and have a family.

Morgan and his assistant, Leslie, realize the eradicator was stolen. Morgan tells Leslie Superman has chosen humanity over family. And Superman will pay for his mistake. Lara says they need something as powerful as the sun to transfer all the volunteers at once. Superman has an idea. Morgan calls Superman out. All the hosts fly off, Jordan and Jon don’t know what’s going on.

Humans are flawed Superman tells Morgan, but they’re good people. Morgan won’t lose another planet. So he has his army fly after Superman. But Superman has the army fly after him and grabs the eradicator. He’s the energy source they need. So he uses his heat vision towards the eradicator and it shoots towards all the subjects. They are turned back human, although Superman is missing. The Cushing family has reunited. Morgan Edge flies to Leslie and realizes it’s just the two of them, although all isn’t lost. Superman lands close to the Fortress of Solitude and collapses. What’s Morgan planning next? Will the Cushing family survive? What did you think of Superman and Lois 1×10? Find and follow us on Twitter @capeandcastle to share your thoughts! Check out our site for more content!