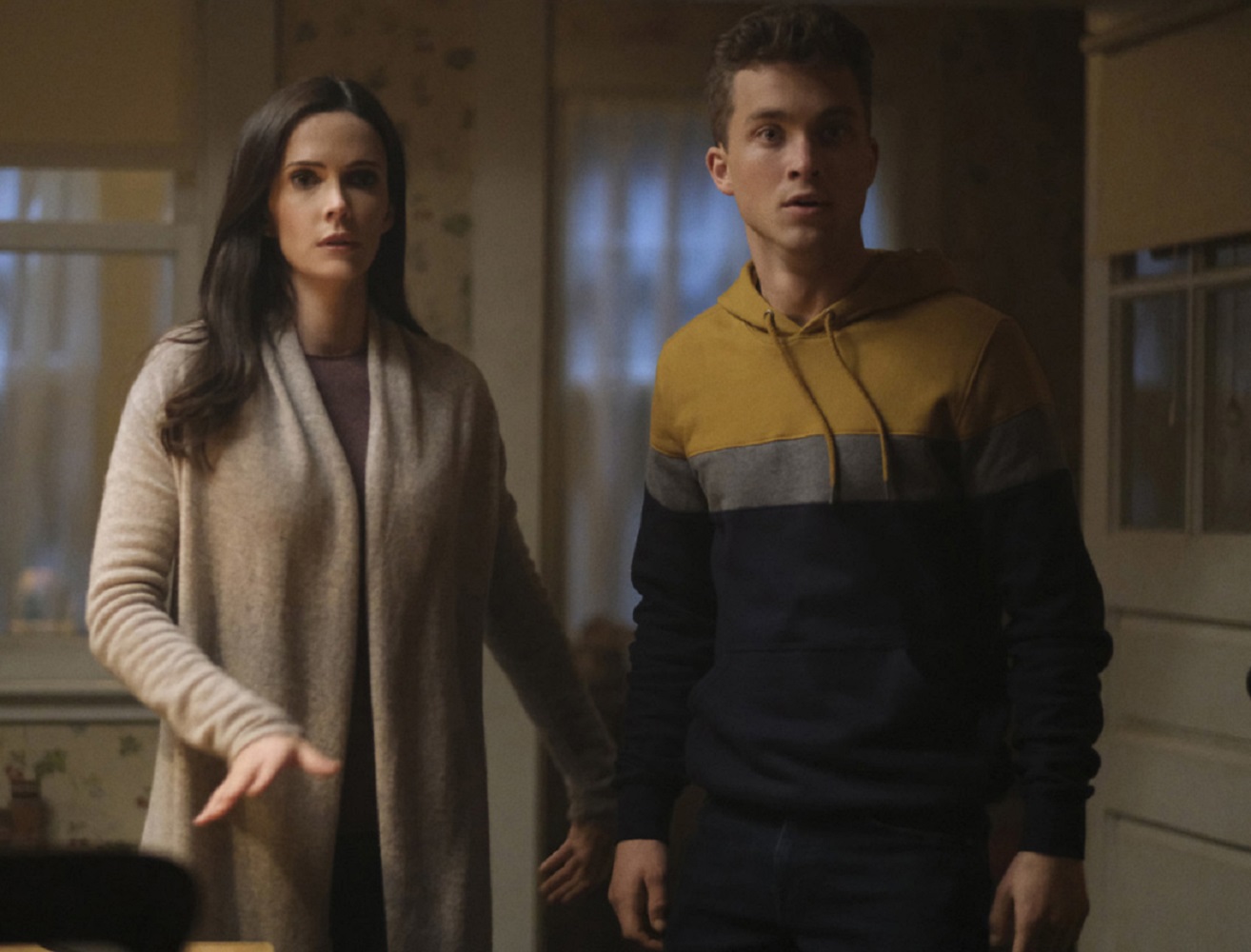 There was another big twist at the end of this episode. Well, okay, there were a few twists in this episode. So keep reading for our Superman and Lois 1×09 recap!

Clark is still recovering from the kryptonite gas he had received in the previous episode. He doesn’t realize this until he flies off to Mexico to help with a bank robbery. During the bank robbery, he is shot at and falls to the ground unconscious for a bit. Once he comes to, he stops the bank robbery. But he notices something is terribly wrong.

Jordan is helping Sarah with her preparation at the talent show when he starts sneezing. The infection from the synthetic kryptonite kick starts his freeze breath. He keeps icy sneezing and it starts to become dangerous. Jordan runs out on Sarah and rushes home where he starts to feel ill.

His lungs start to freeze. Sam arrives and instead of taking him to the DOD, Clark takes Jordan to the Fortress of Solitude. Jor-El suggests burning the kryptonite out of him. Clark activates the Fortress’ systems and burns the kryptonite from him.

Lois is getting closer to figuring out the truth about Morgan Edge. Lana is helping Lois by trying to figure out what is going on at Edge Enercorp. Edge tries to put out a new advertising ad asking for more candidates. Lois storms Edge’s company and faces him. When the two are alone, Lois admits she knows he is transferring the consciousness of Kryptonians inside human hosts using X-Kryptonite. Even though he denies the allegations to Lois, he sends out a hit team to kill her. Edge activates several of his Kryptonian enforcers to the Kent farm to kill Lois Lane.

Before the bad guys arrive, Jonathan, Lois, and Sam wait on news about Jordan and Clark. Lois is frustrated at her father for endangering Clark and Jordan. She tells him that once this is over, she does not want him ever to come back. Jonathan also tells his grandfather that he is a coward for not trusting his family.

Two enforcers arrive and unleash their powers on Lois and Jonathan. Sam grabs a synthetic Kryptonite gas gun and shoots at the two enforcers. He can hold off the enforcers while Jonathan leads his mother to the barn. Jonathan brings out some of the weapons he stole from John Henry Iron’s RV. He arms himself when Kyle Cushing arrives offering to help them. The enforcers enter the barn and at that moment, Kyle reveals he’s also been brainwashed.  Right before Kyle goes in for the kill, Superman arrives, knocking Kyle out of the barn.

After Superman knocks Kyle out of the barn, the other attackers disappear. Sam promises Lois that his focus is his family and protecting them. Lois and Sam bury the hatchet. Kyle stumbles into the Cushing kitchen hours later, he has no idea where he had been the last several hours. Finally, Lana realizes that Kyle volunteered for Morgan’s program and he is now a test subject.

Chrissy calls Lois which helps put some of the pieces together.  The only subjects that are successful in the X-Kryptonite transfers are the ones that live in Smallville.  The reason behind this is all of the residents have been exposed to X-Kryptonite for a long time.  Lois realizes that it isn’t Smallville that Edge needs, but the people.

Edge calls out Superman and he flies out to the desert to meet him. However, when Superman arrives, Edge is wearing a black outfit and is hovering above the ground. Edge reveals that he is a Kryptonian also, but not like his test subjects. Morgan Edge is the real deal and arrived on Earth the same time Kal-El did. Edge reveals that he is Superman’s brother. Is this for real? Is Edge really Kal-El’s brother? Who else has Edge turned into test subjects? What did you think of Superman and Lois 1×09? Find and follow us on Twitter @capeandcastle to share all of your thoughts with us! Be sure to check out our site for more content on all things Disney and beyond!