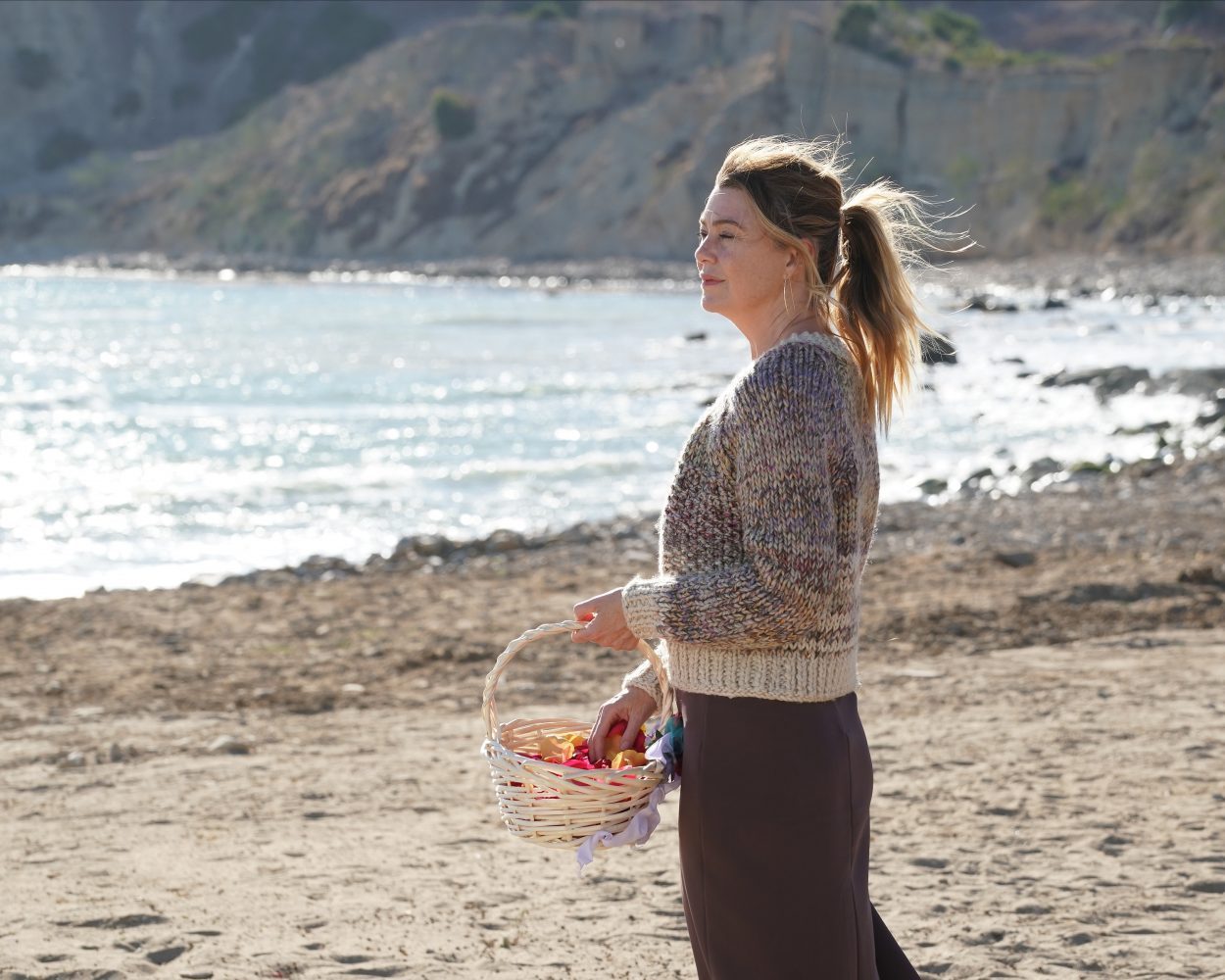 Well, this episode was a doozy. It spanned months and included a breakup, a marriage, and the return of Meredith Grey as a physician. But it also showed us that through crisis everyone is still standing. So keep reading for our Grey’s Anatomy 17×17 recap!

Meredith finally returns to the hospital as a doctor, not as a patient. She agreed to run the residency program and Bailey reminded her that she can run it how she sees fit. Meredith decides to tackle the virus by making sure everyone is vaccinated. She survived and wants to make sure everyone else does from now on.

Meredith meets a woman named Girlie. Girlie contracts COVID from the assisted living residents where she works. After a month, Girlie beats the disease but is met with complications. The journey of Girlie beating the virus takes nine months, but Meredith stops at nothing to make it happen. 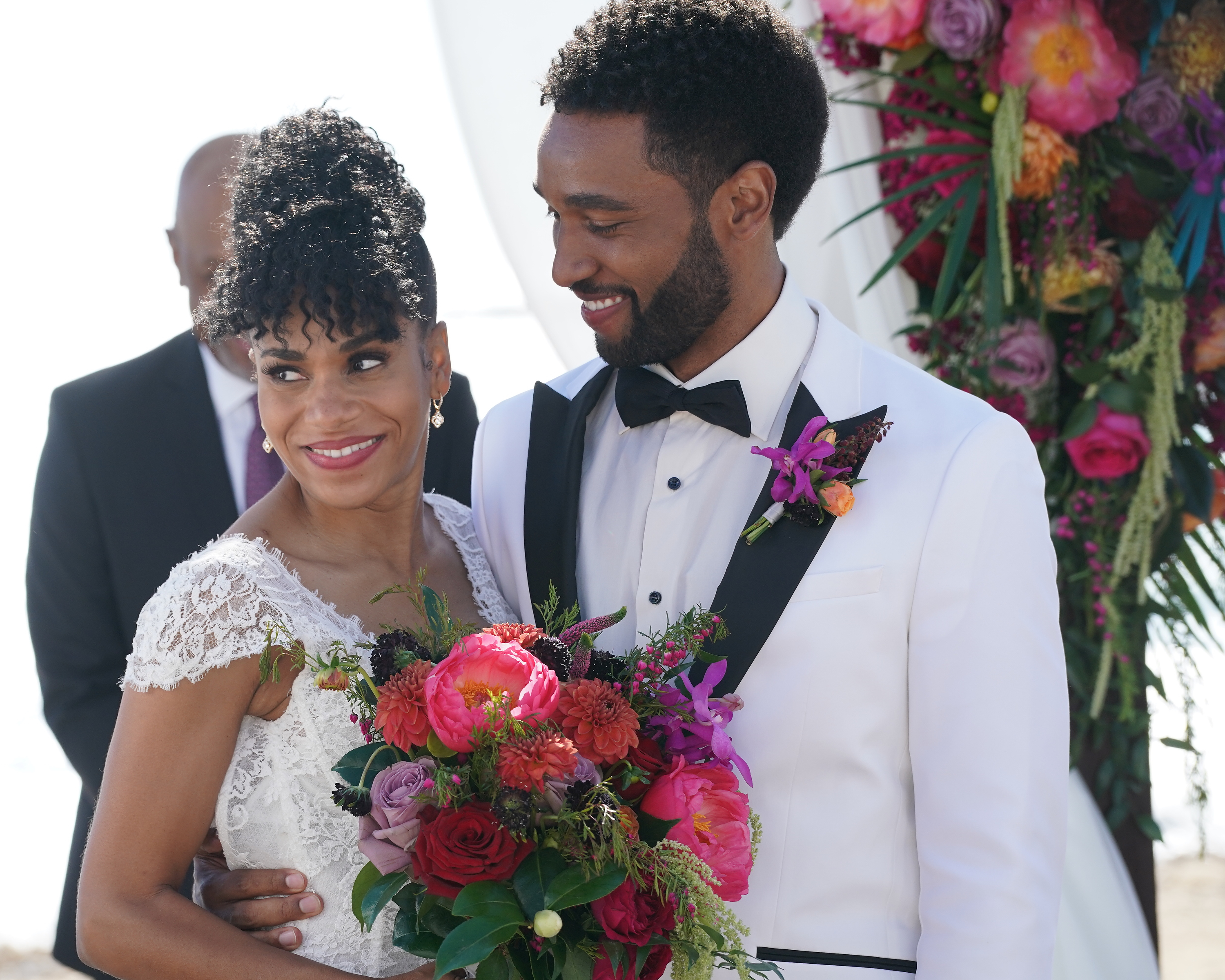 After surviving a horrific year together, apart, and back together – Owen and Teddy are going strong. Teddy contracts a mild case of COVID, and she quarantines from the family. Although, two seconds after everyone tests negative, Owen and Teddy are once again connected at the hip. Or is it lips? During Christmas, he brings in a snow machine, so she can have a white Christmas and then pops the question.

Jo decides she is going to sell her shares of the hospital to hire a lawyer. She isn’t giving up on baby Luna. Link plays a part in this by being talked into fostering Luna since Jo didn’t pass the background check. So Link accepts and will transfer custody over to Jo when the time is right. This plan does not sit well with Amelia. There are a few hiccups in Jo’s plan as Amelia does not want more children. Jo ends up selling her shares to Tom. 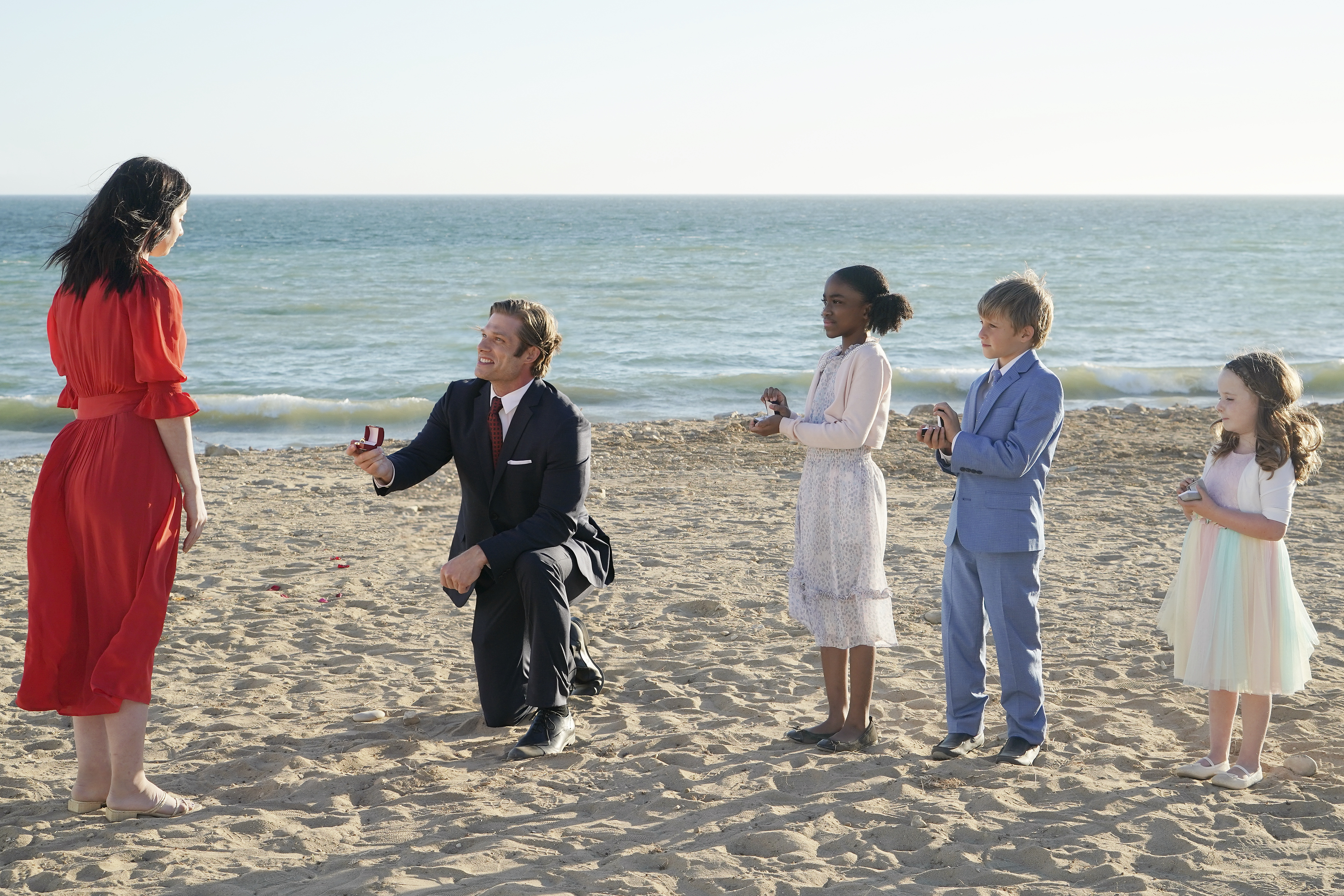 Link spends most of the episode trying to find a way to propose to Amelia. He does not realize that Amelia does not want to get married. Every time he gets ready to propose something big happens. So at Maggie and Winston’s second attempt to get married, Link has Meredith’s three children’s help. He has four rings since he does not know what is Amelia’s style. And he asks her for her hand in marriage with three kids right there. She does not say no, but from the look on her face, we know she won’t say yes either.

Meredith butts head with Bailey on Girlie’s treatments. Girlie needs a double lung transplant. Bailey believes it is unnecessary. Meredith reminds Bailey that if she was the patient or even Bailey’s mother, then they would be calling in every favor. Finally, Girlie receives some new lungs. Meredith does the surgery even at times sitting down in a wheelchair. It takes a village. And Meredith Grey is Girlie’s village. Girlie survives.

The final moments of the episode ended like Station 19. Most of the crew of Greys Sloane at a wedding dancing away. They are still standing through the rough year they had. Link shows up at Jo’s new place, which is in fact, Jackson’s old place. Link asks if he can crash with Jo. No big cliffhanger for this season finale. Why would we need one? Most of the season was will they or won’t they? Will Meredith survive?  What fan-favorite are we going to see next? So no cliff-hanger, just doctors surviving the twists and turns of a crazy year. What did you think of Grey’s Anatomy 17×17? Are you still standing? Find and follow us on Twitter @capeandcastle to share all of your Grey’s Anatomy 17×17 thoughts! Be sure to check out our site for more content on all things Disney and beyond!