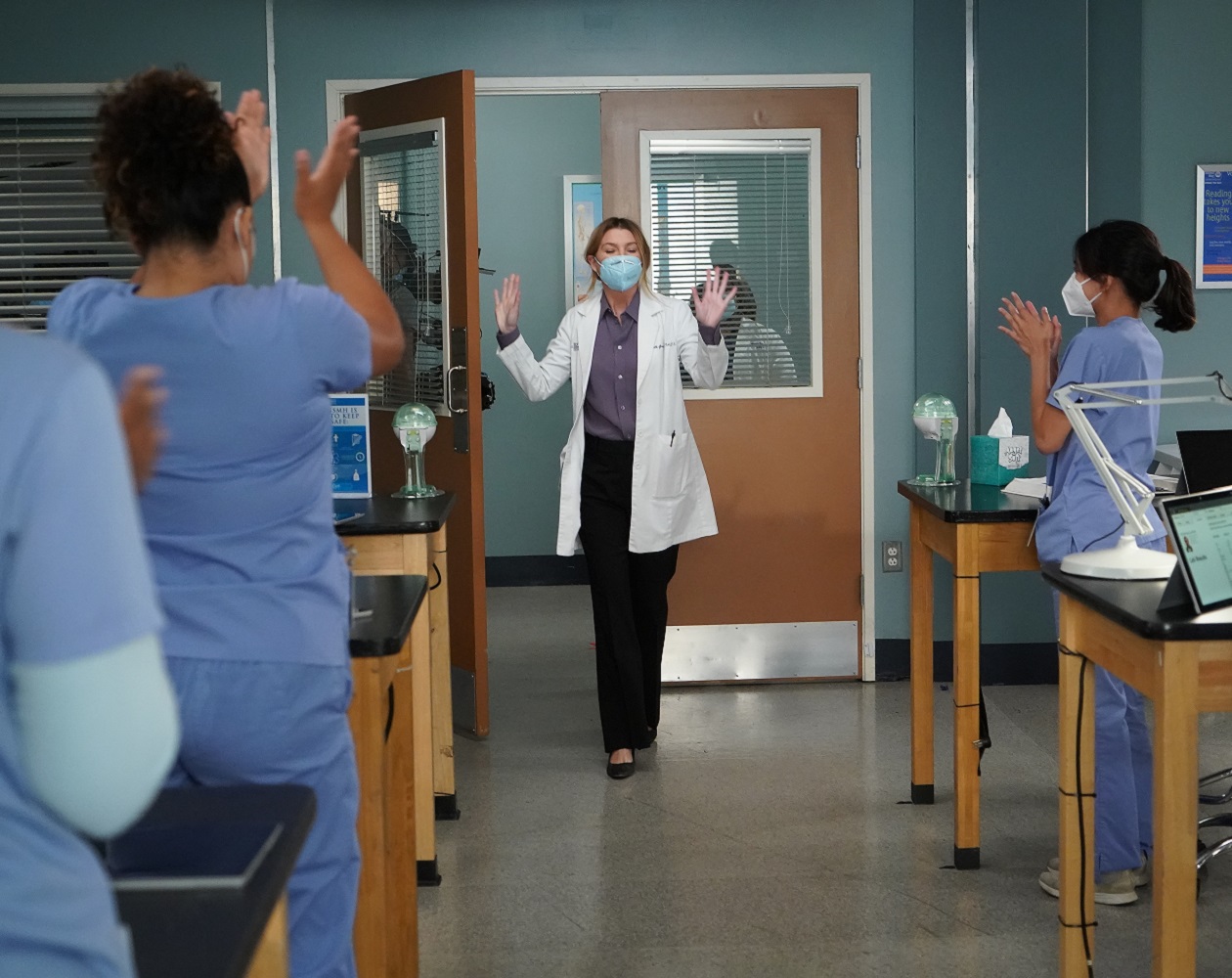 In this episode, Jo once again finds out some news. Meanwhile, Meredith tries to get her life back. And Maggie and Winston plan their wedding in a world that is still shut down. So keep reading for our Grey’s Anatomy 17×16 recap!

The episode spans several weeks. We get to see how each week passes with Meredith at home. At first, we see how she is enjoying being home with her children. Especially, since she missed so much being sick in the hospital. Her children have grown so much in three months, she tells Bailey.

Owen and Teddy try to deal with their closeness once again and not let the other doctors know they are sleeping together again.

Maggie and Winston try to plan their wedding. Richard reminds them that the world has shut down. No one would be able to come and nothing is open.

Link and Jo discuss Luna. Link points out that all of us have been thinking – Jo wants to adopt Luna. A DFS agent comes in and says she is Luna’s guardian at the moment. Every medical procedure goes through her now. Jo tells Hayes that the agent doesn’t care for Luna as she does. 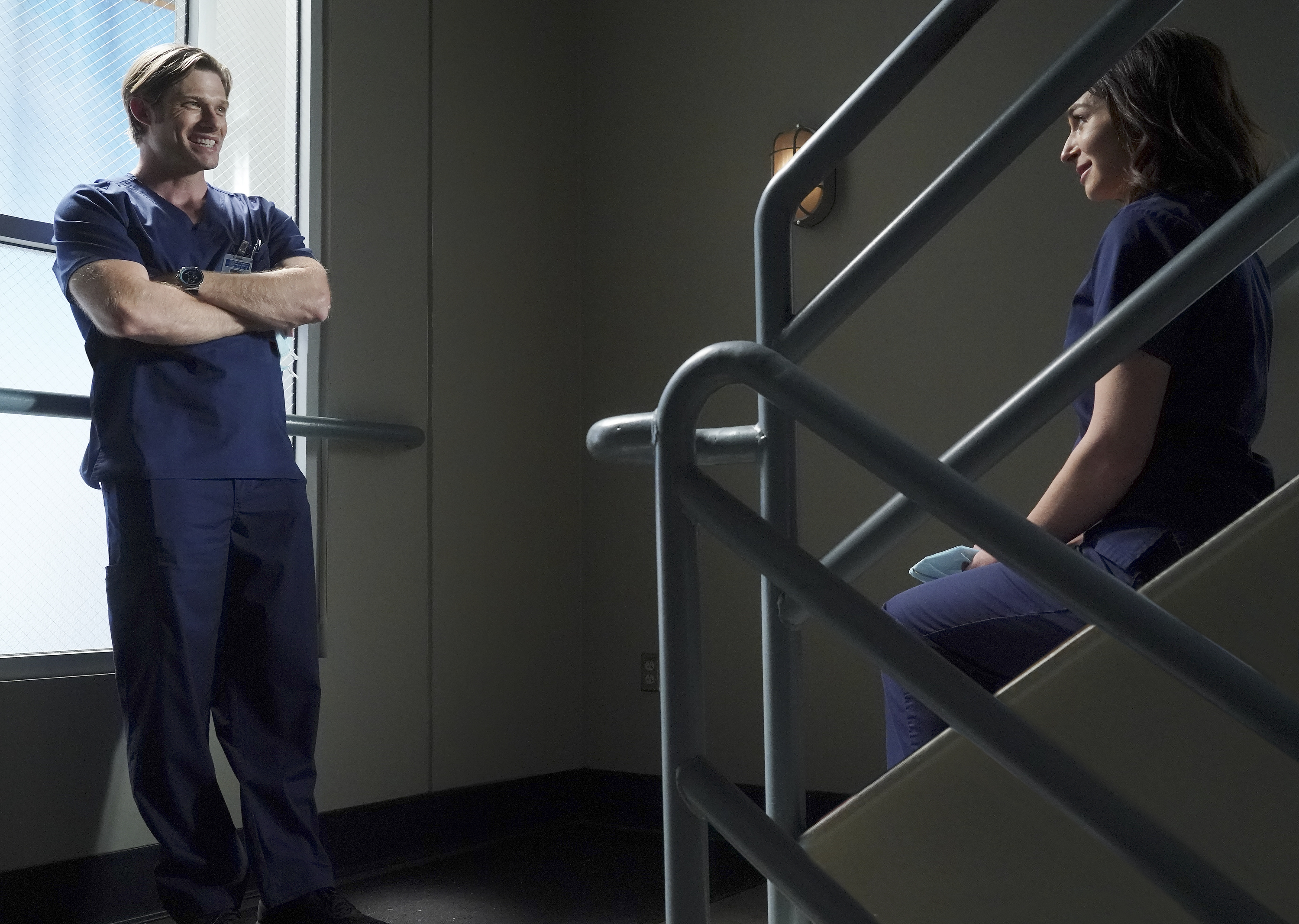 A heart patient of Maggie’s is excited about Maggie becoming engaged. She has no other family, and her heart is failing. Gwen, the heart patient, wants to meet Winston. She has Helm page Winston and Maggie, so she can meet him.

Schmidt is accepted into the trial for the Covid vaccine. He is one of the first ones to get the shot at the hospital. He starts to flirt with the man giving the shot.

Maggie tells Winston that she wants to wait on the wedding. He thinks she has cold feet, but she insists it’s not cold feet. She just wants the perfect wedding and the world as it is – they can’t have that.

Link tells Amelia that he wants more children. Amelia doesn’t tell Link that she does not want any more children. Instead of talking to Link, she lies to him when he calls later. Furthermore, she tells him she is at the hospital when she is actually at Meredith’s.

Meredith has finally had enough quiet time at home despite being away so long. Again, Bailey checks in on Meredith. She worries that she will never be 100%. How can she operate on anyone when she tires so easily? Bailey says she has an answer for that. Bailey wants Meredith to take over the residency program.

Jo is not able to adopt Luna. She did not pass the background check. She comes home and breaks down. Will Jo ever get a break? Will Meredith take over the residency program? When will Maggie and Winston marry? What did you think of Grey’s Anatomy 17×16? Find and follow us on Twitter @capeandcastle to share all of your thoughts with us! Be sure to check out our site for more content!