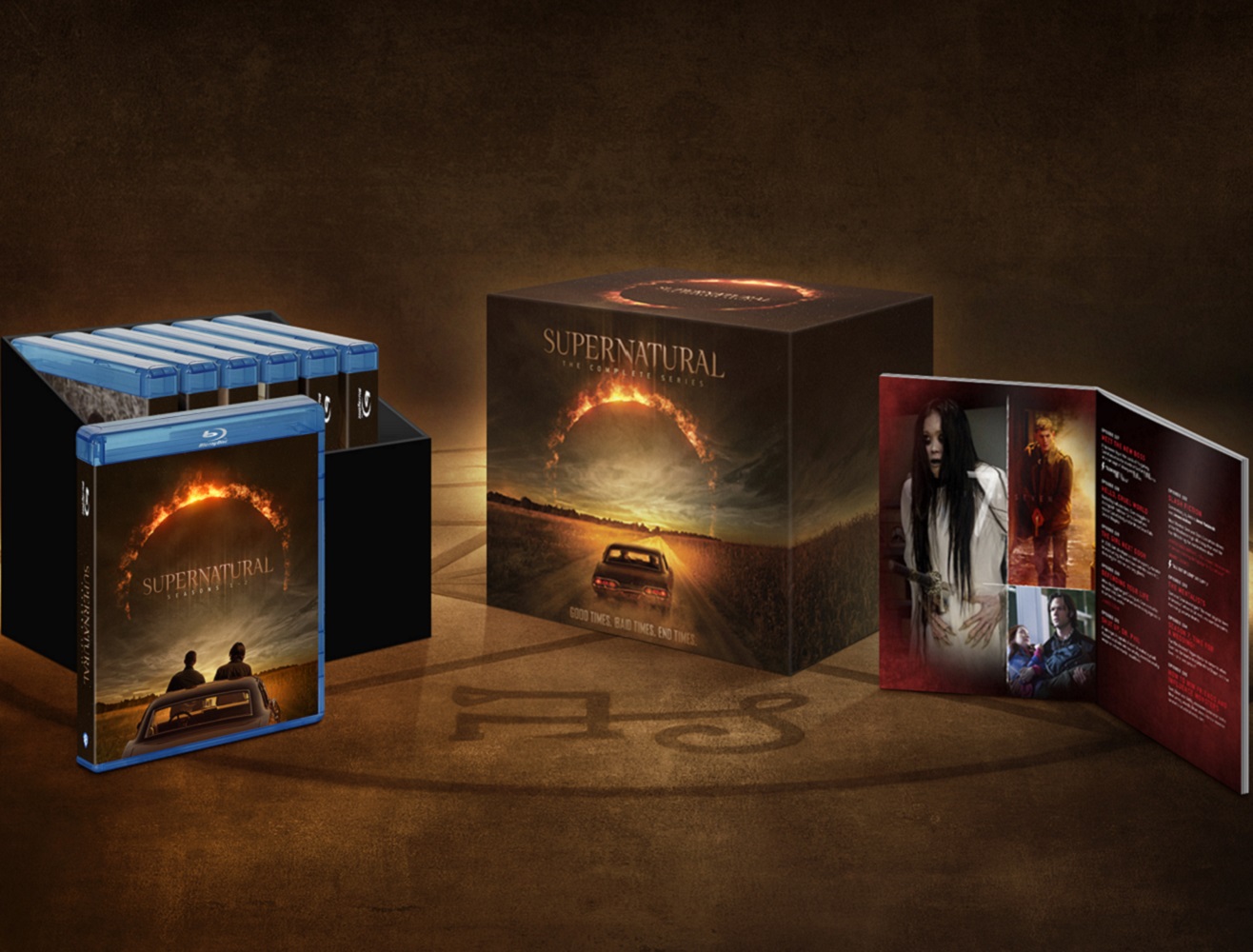 I always get excited when that time comes around. You know the time. When Supernatural seasons come out on DVD and Blu-Ray! But this time around, things are more epic than ever. Because not only has the 15th season been released, but the complete series has been released as a box set as well. So as sad as I am that Supernatural came to an end, I’m pretty freaking excited about getting all my favorite episodes on DVD and Blu-Ray!

The Fifteenth and Final Season

Let’s start with the final season! It was officially released on May 25th. So if you haven’t gotten a copy for yourself yet, be sure to go out and do that. Unless you’re going with the complete series set, of course. As for the final season, I’m sure you already know that it naturally has all 20 epic episodes. But what you might not know is that there is also an extra disc that is just loaded with special features and exclusive content! 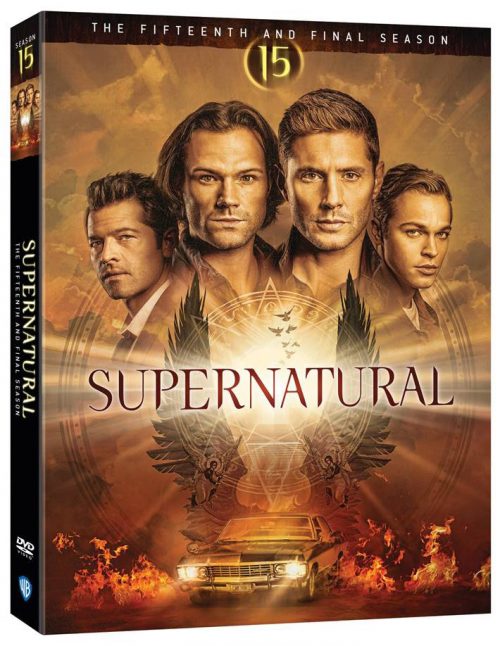 The gag reel is naturally there because you can’t have a complete season on DVD or Blu-Ray without the antics of Jensen and Jared. But there are also some epic deleted scenes. Plus the 2019 Comic-Con panel. And then there is a special retrospective episode, The Long Road Home. And so much more! I don’t want to spoil all of it for you. So go out and grab your copy! The DVD is priced at $44.98 and the Blu-Ray edition is $49.99!

If you don’t have the seasons individually, or even if you do, I strongly recommend this set. Not only because it includes all 327 absolutely epic episodes! But because it also includes so much freaking content. Plus a few surprises, one of which is the absolutely incredible collectible book! Hell yes! 68 pages of Supernatural greatness. It also came out May 25th! 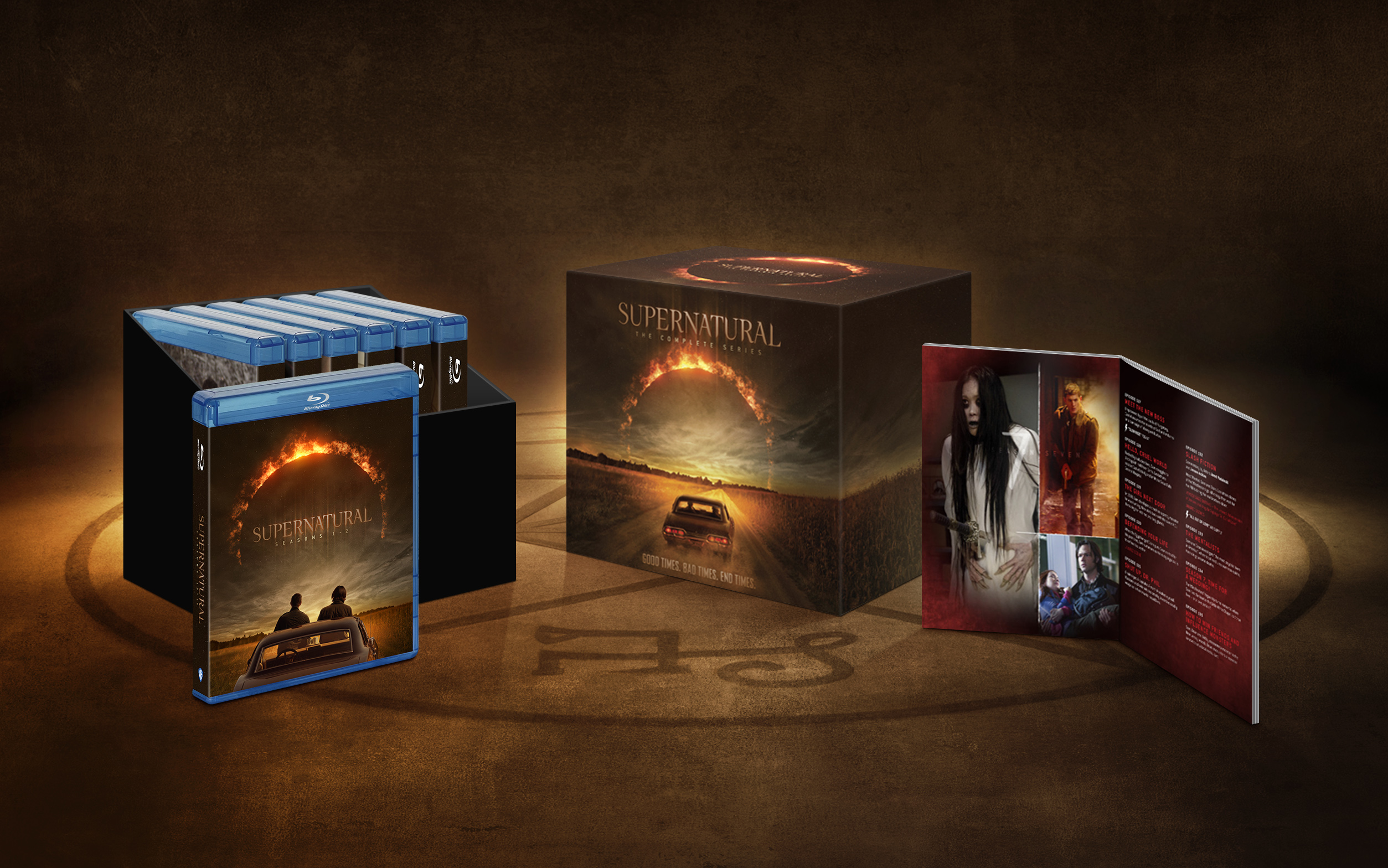 There are hours of bonus content for you to consume. Plus, who doesn’t want to own the complete series in one beautiful-looking set? Look at that box. Just look at it in all of its glory. The DVD set is priced at $329.99 and the Blu-Ray edition is $359.99. And that’s a freaking awesome deal if you ask me. Also, yes, I do already own the complete series set. Because there was no way I could turn that away. I’ll just be here rewatching the show over and over again.

Do you have a favorite episode? Or do you find yourself unable to answer that question with just one? I have like a top 50. At least! Are you going to grab the final season copy for yourself? Or are you going to go for the complete series set? What about both? Find and follow us on Twitter @capeandcastle to let us know which one you’re going with! And be sure to check out our site for more content!