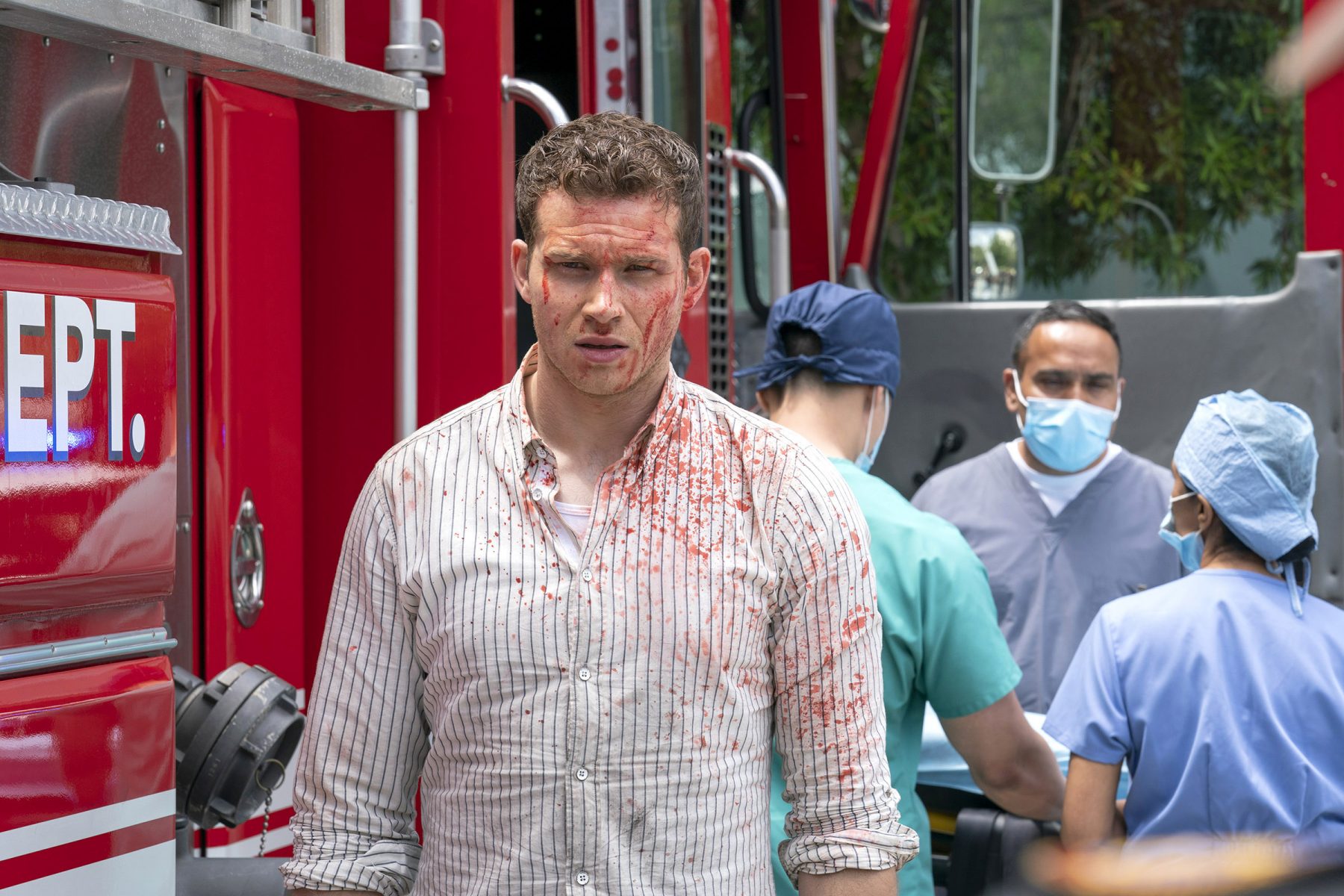 9-1-1 certainly knew how to come back from a shocking episode cliffhanger with their Season 4 finale. Picking up from the shooting in “Suspicion,” Buck does not hesitate to make sure that Eddie is safe from the harm of the sniper.

Plus, the episode also focused on Bobby and Athena, as well as Maddie struggling with postpartum depression. For all that and more, read on to find out what happened on 9-1-1.

Aftermath of the shooting 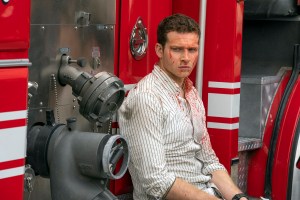 Buck barely wastes any time in rescuing his fallen best friend. Rolling underneath the firetruck to make sure he stayed out of harm’s way, he managed to get Eddie safely away from the gunshots. Once in the firetruck, he tries to keep the man awake, even as Eddie wonders if Buck is hurt due to all the blood on him.

At first, it’s not clear to anyone why someone would go after Eddie. It isn’t until they discover other firefighters have been targeted that they realize someone is after firefighters. Through all this, the 118 keeps working, despite being a man down with Eddie in the hospital. While he is in a coma, Buck stays with Christopher, getting help from Carla as he makes sure the boy is taken care of.

Buck really steps up to the plate for Eddie and his son. Of course, without his partner by his side and suffering from survivor’s guilt, Buck acts recklessly at work. He even performs a dangerous rescue without permission, leaving Bobby to scold him.

In the midst of anxiously waiting for Eddie to wake up in the hospital, Buck and Taylor Kelly appear to get closer. The heat of the moment of being worried for Buck’s safety gets to her and she kisses him before making her leave.

A bond that is legally binding at this point 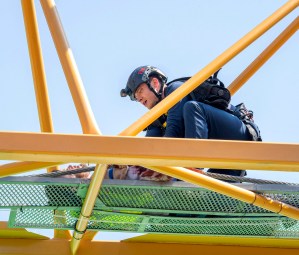 Once he gets the call that Eddie is awake, Buck once again alludes to the guilt he feels over not being the one who was hurt. This definitely doesn’t sit well with Eddie, who then surprises Buck with some news.

A year ago, after he was caught down a well and nearly drowned, he made Buck Christopher’s legal guardian if he died. He has said before he trusts Buck with his son more than anyone else. He knows Buck would do anything for Christopher. Eddie tells him this because he wants Buck to know how important he is to both of them.

This episode truly highlighted just how important their relationship is on 9-1-1. They have gone through a myriad of ups and downs in their lives, showing how deep their bond is. With such an action-packed episode, we didn’t get to see much from Eddie’s point of view. It would have been nice considering he was, well, shot. We hope that they will explore his arc more and show his journey as he recovers.

Plus, there seem to be some loose ends for Eddie’s story. We didn’t get to see a follow-up to what Carla said to him in the previous episode about his relationship with Ana. Is following his heart something that will get brought up in Season 5? We hope so!

Bobby and Athena are pure goals

In the midst of their fight, Bobby gets the news about Eddie’s shooting. Considering everything that has been happening, the couple has a much-needed discussion. They both reflect on how the attack on Athena affected Bobby as well. It was a perspective Athena needed to see just as much as Bobby needed to understand her feelings of returning to work.

During the course of the episode, it looked like Athena may catch the sniper. Unfortunately, even when they found out the bullets matched ballistics from a former member of the LAPD, they still don’t have a suspect. Thinking that the sniper has been caught, the 118 responds to a fire, in which a guy named Ethan claims to be trapped.

However, it turns out Ethan is actually the sniper in question. Bobby is in danger, with the rest of the firefighters being evacuated. Not wanting to see her husband die, Athena convinces the team to let her in firefighter gear so she can go in.

In one badass move, she finds the area where Bobby is being held. Ethan was the former partner of the previous suspect at work. He became angry with firefighters who saved the life of the man who took a hostage, who would eventually be killed in an accidental shooting.

Look, we get it, it sucks knowing that the bad dude lived while an innocent victim died. But there’s no need to go killing innocent people over it.

After saving her husband’s life and looking badass while doing so, Athena and Bobby just further solidify how deep their love is. When Bobby expresses his awe that she came for him, she just responds, “Always.” We love them.

Struggling as a new mom, Maddie makes a bold decision. She tells Sue that she feels like she is being pulled in many directions and it’s weighing on her heart as a new mom. Maddie wants to quit her job to focus on being more present for Jee-Yun. Sue is supportive of her and also tells her to discuss her feelings with Chimney. She can recognize the signs of what Maddie is going through and wants her to speak up to the person she loves and trusts the most.

Eventually, Maddie does come clean to Chimney about what is happening. She tells him she isn’t doing well mentally and that she needs help. Having watched her struggle in the last episode had us worried for her. And of course, we still are, but at least we know Chimney is there for her. He’ll get her the help she needs. We’re looking forward to seeing how they tackle things in Season 5. 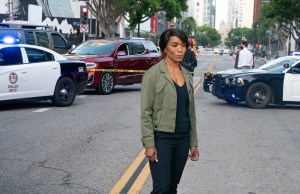 Overall, I did like this episode of 9-1-1 a lot! There were some great scenes between Buck and Christopher, Eddie and Buck, and Athena and Bobby, just to name a few. Of course, we do wish we could have seen more of Eddie.

There are bound to be moments in time where what happened could have a lasting effect on him. It’s the second time he has been shot and that has to leave some scars. Plus, we still haven’t seen a lot of development in his personal life. Is there something he needs to figure out there? There are so many story potentials for him and we’re excited to see how his story goes.

And it looks like Albert is now a firefighter! We’re looking forward to the things that will happen with him, especially if he works alongside the 118!

Plus, we’re just glad no one died. The firefam as a whole is a joy to watch every single week. It wouldn’t be the same without any of them. Season 5 also seems to be setting things in motion for Buck and Taylor, although we are curious how that will look since it seemed like she was interested in just being friends.

Is it September yet? Until then, we will be looking forward to the new season of 9-1-1. We look forward to finding out what life has in store for the 118. Let us know your thoughts on “Survivors.” Find us on social media for more content. Catch up on our previous 9-1-1 recaps. 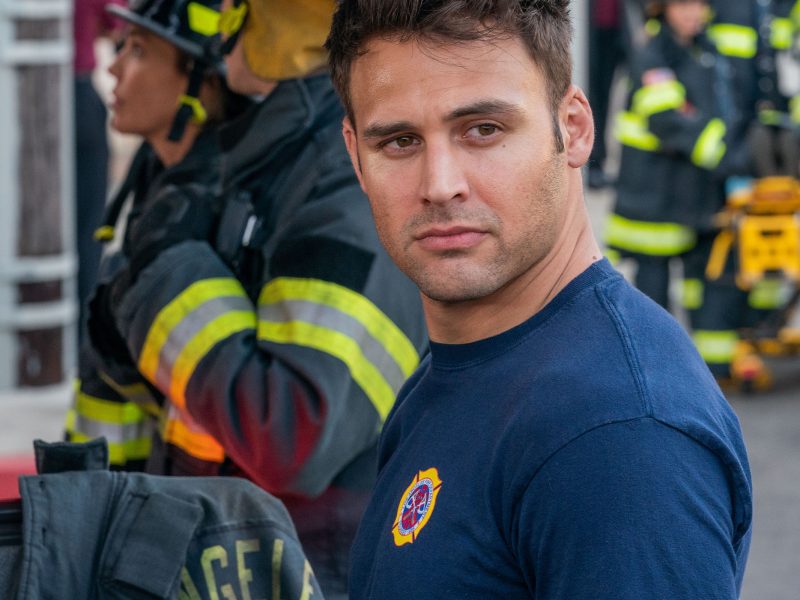 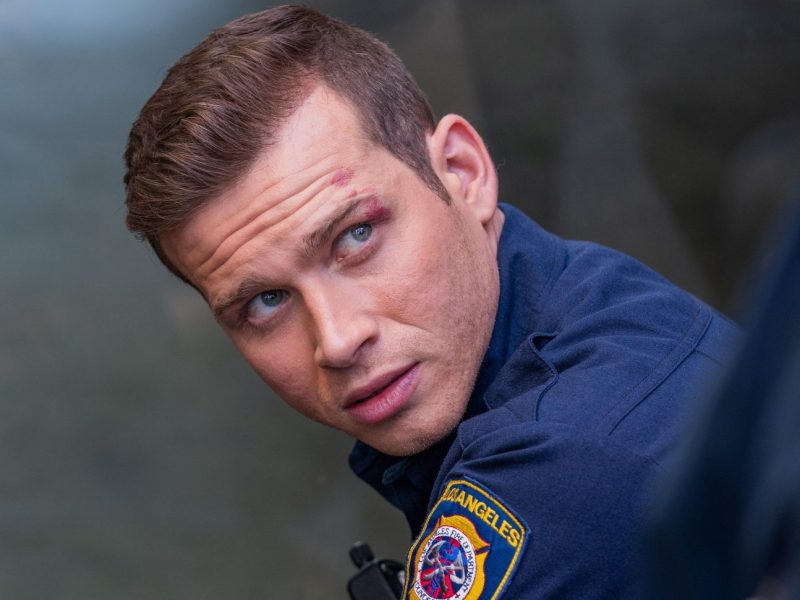